Fashion Celeb Brides With Open Hair On Their Wedding

Debina Bonnerjee is the hottest mommy in Tinseltown. Check out as she shared a cutesy dance video of herself flaunting her baby bump in a midi dress!

Popular television actress, Debina Bonnerjee is one of the fittest mommies in Tinseltown. The actress has been inspiring millions of women out there with her fitness regime and healthy habits throughout her pregnancy. For the unversed, Debina and her hubby, Gurmeet Choudhary embraced parenthood with the arrival of a baby girl after a long wait of 11 years. And now, the couple is expecting their second child.

Debina Bonnerjee's pregnancy journey was a difficult one as she had endured many IVF and IUI attempts. However, finally, on April 3, 2022, she was blessed with her first child, Lianna Choudhary. However, it was just after four months of Lianna's birth, i.e. on August 16, 2022, when Debina and her hubby, Gurmeet Choudhary, surprised their fans by announcing her second pregnancy. Sharing a picture of her sonography, Debina had penned:

“Few decisions are divinely timed and nothing can change that...this is one such blessing..coming soon to complete us. #babyno2 #mommieagain #ontheway.” 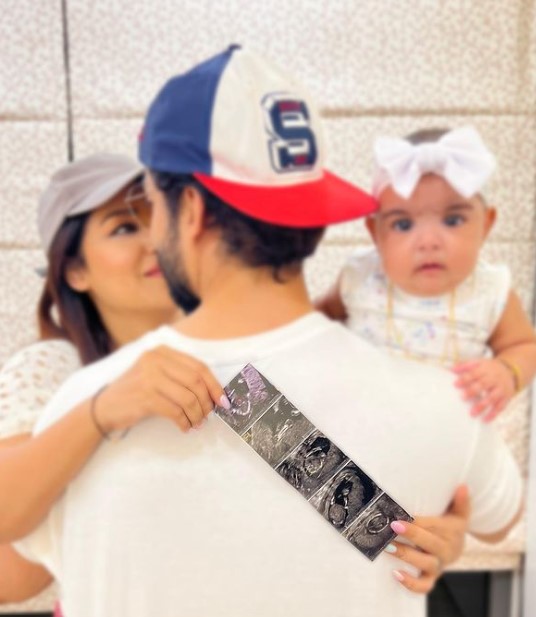 On August 27, 2022, Debina Bonnerjee took to her IG handle and shared a cutesy Reel of herself. In the video, the mommy-to-be can be seen grooving in a black and white midi dress. Debina flaunted her baby bump in the cutest way possible and looked gorgeous. However, in the next segment of the video, the actress switched to ethnic mode and exuded her pregnancy glow in a yellow and orange sharara. Needless to say, Debina swooned our hearts with her cutesy transformation, leaving us in awe of her. Alongside it, she penned a note, which can be read as:

"It’s time to dance my way into this weekend!"

Well, this is not the first time that we have seen Debina Bonnerjee dancing during pregnancy. On February 15, 2022, Gurmeet and Debina shared a dance video on their IG handles to mark their 11th wedding anniversary. In the video, the couple twinned in white T-shirts and blue jeans. The two could be seen grooving to the trending dance Reel song, Kacha Badam. Along with the video, the couple had written a loving caption, and it could be read as:

"Happyyyyy anniversary to us. We have danced through our thick and thins holding each other’s hands….. What better way of welcoming another beautiful year of our togetherness Than this cute trending dance reel."

Debina Bonnerjee is leaving no stone unturned to stay fit and healthy during her second pregnancy. On August 22, 2022, the second time mommy had posted a glimpse of her morning workout session on her IG stories. In the picture, the actress could be seen stretching on a giant ball as she flaunted her cute baby bump in a white shirt and black capris. Atop the picture, she had penned: 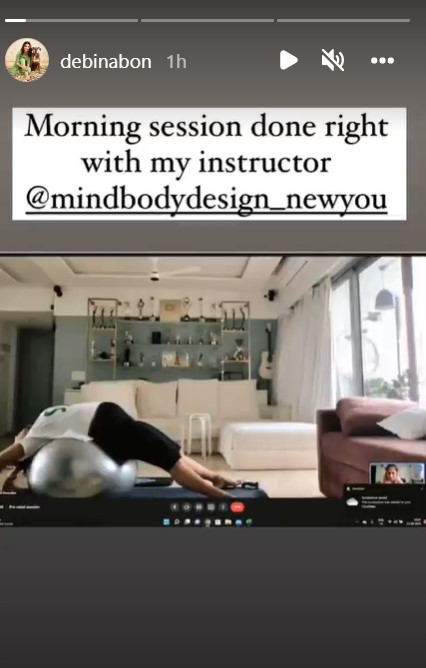 We are in love with Debina Bonnerjee's hot mommy avatar. What about you? Let us know.

Next Read: Angad Bedi Shares A Romantic Photo With 'Luicy Juicy', Neha Dhupia, Pens A Quirky B'Day Wish For Her