Chunky Panday revealed that he got all emotional upon seeing daughter, Ananya Panday on the big screen for the first time. He also revealed if he gives the starlet a deadline to return home.

It cannot be a prouder moment for a father to be known by his kid’s name! Fathers are the first and best male companions that a daughter has for the first time when she enters the planet. This is soon followed by ensuring that the daughter gets everything she needs, in fact, that she gets the best of everything, flourishes in her career but soon comes a time, when he has to give away his jigar ka tukda. While that remains an unexplainable feeling for a father, let us tell you about one of the super-proud fathers in Bollywood right now, Chunky Pandey. (Do Read: Saif Ali Khan Loses His Calm At Paps Clicking Pictures Of Taimur, Says 'Bachcha Andha Ho Jaayega')

20-year-old Ananya Panday is soon going to make her big Bollywood debut under the mentorship of Karan Johar produced, Student Of The Year 2, opposite debutante, Tara Sutaria and already a superstar, Tiger Shroff. The film’s trailer was launched yesterday and we all totally swooned over the dapper attitude of Ananya in the film. However, apart from us, there is someone who is beaming with happiness and pride over this gorgeous starlet’s big-screen debut. Any idea as to whom we are talking about? It is Ananya Panday’s star father, Chunky Panday! 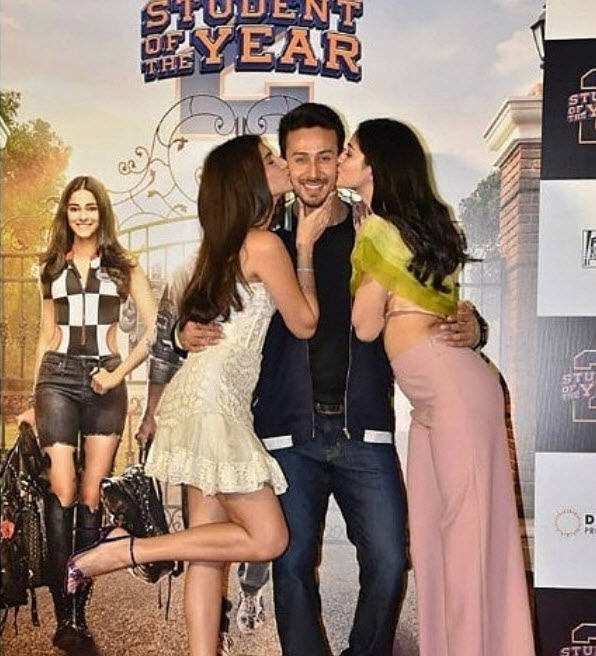 In an interview with Pinkvilla, Chunky Panday revealed that he got all emotional upon seeing daughter, Ananya Panday on the big screen for the first time. He shared, "I am over the moon. I have never been on her set, seen her shooting and never seen any rushes of the film. All she had shown me were the stills from the movie. When I saw the trailer, heard her voice on-screen, I was too emotional. I just flash-backed to the start of my career. It was better than I expected. I am surprised the way she comes across on screen, maybe she is camera-friendly. I could not imagine her like this on-screen. It came to me as a pleasant surprise and a shock." 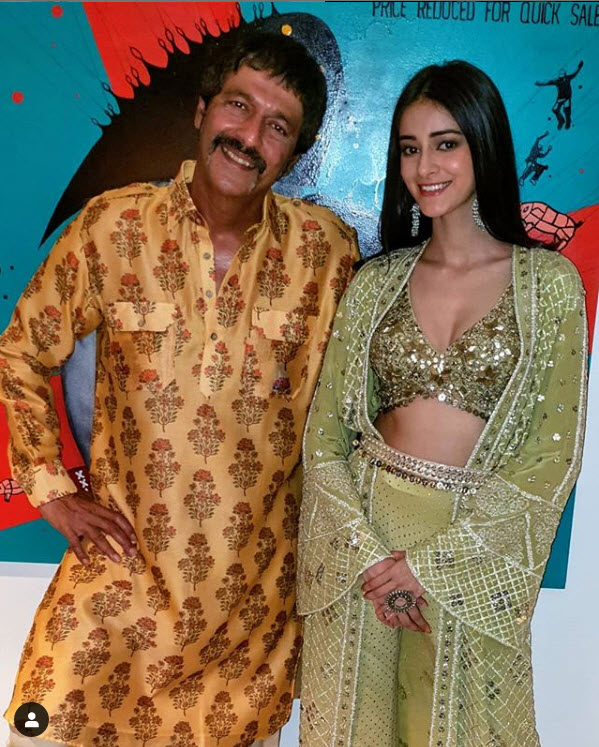 Chunky Panday also shared his excitement upon watching his daughter, Ananya Panday’s film, Student Of The Year 2, on the screen, "I have never been excited and I'm waiting to go to the theatre and watch it on screen. The first time I saw my film, I didn't like it that much. I found it odd because you see yourself every day in the mirror and suddenly you see yourself on screen and you are like, 'Oh my god, Is this me?' But with Ananya, I just felt the other way. Maybe the way they presented her, the makeup, the clothes. But for a second I said, 'Is that my daughter?'" (Must Read: Nita Ambani Was Told She Could Never Become A Mother At The Age Of 23, This Is How She Dealt With It) Chunky Panday had also shared his insights about Ananya Panday beginning her career with the Dharma Productions banner. The Vishwatma actor shared, “She is a very lucky girl because her father never got a chance to work with Dharma Productions. I remember as a kid she used to ask me, 'Dad, when are you going to go on Koffee With Karan?' And now, I keep teasing her that you made it before me on Koffee With Karan." 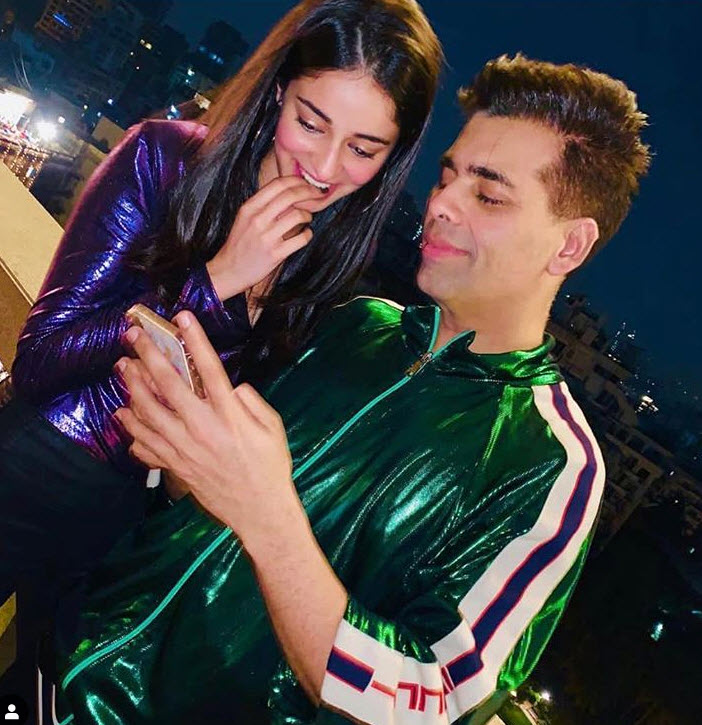 Ananya Panday’s first film hasn’t even released and the starlet has already bagged her second film opposite Kartik Aaryan and Bhumi Pednekar! Chunky Panday spoke about that too, "There is a lot of excitement about that. I am so happy about her second film because Pati, Patni Aur Woh I have seen as a kid and I really loved that film. It was an iconic film of its time and I am sure they are going to make something very young and very relevant. It's a very catchy title." Chunky Panday himself, is a renowned actor in the industry. Did he give any tips to Ananya Panday? The star dad revealed, “She never asked me and I never really told her because I never wanted to confuse her. Today's kids and cinema have different sensibilities. All I could tell her was that create your own niche and be what you are and that's what people will like. Your honesty and your excitement for wanting to be in Bollywood are what will take you forward.” 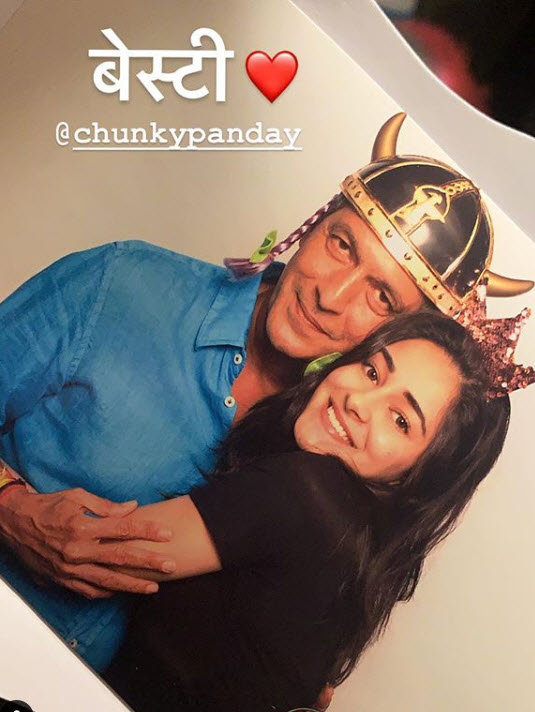 In yet another interview with SpotboyE, Chunky Panday spoke about the inside of the Panday household and daughter, Ananya Panday. Revealing if there is a deadline laid on Ananya about returning home, Chunky shared, “Bhavna (wife) tells even me I have to be home at this hour (laughs). And, that's always been the case with my both girls. But now, Ananya is grown up and will earn her money as well, so I guess it's time to let her take a few decisions.” He also shared if Ananya is advised by them about her attire, “No, she does her own stuff. I think the whole young generation of today knows what works for them and what doesn't. One has a lot to learn from them. Plus, there's lots of talent in this young breed.” (Also Read: Amy Jackson Flaunts Baby Bump During Dubai Vacation With Fiance George Panayiotou, Videos Inside) 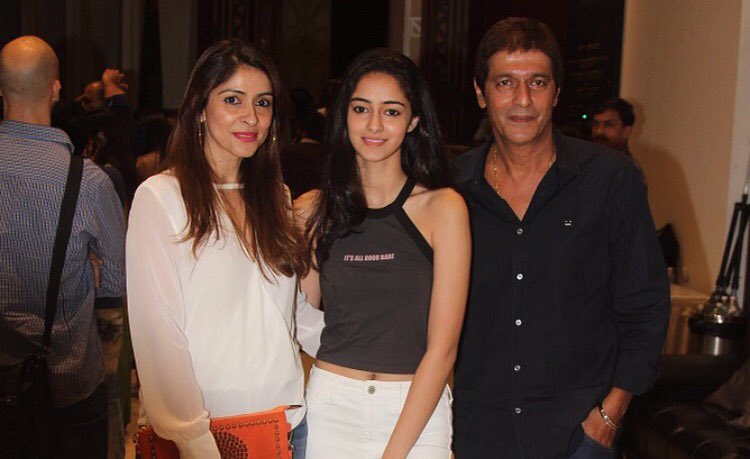