Television actress, Charu Asopa Sen dropped a video in which she can be seen flaunting her baby bump and teaching people how to get ready for the upcoming big festival of Karwa Chauth. Watch inside!

Television actress, Charu Asopa Sen and her darling husband, Rajeev Sen, are soon going to embrace parenthood. The actress had found the man of her dreams a few years ago, and it was on June 14, 2019, when Rajeev and Charu got engaged. After which, the couple had tied the marital knot on June 16, 2019, in Goa with their family members in attendance.

A few months ago, the madly in love couple had celebrated their second engagement anniversary. To wish her husband, Rajeev Sen, his actress-wife, Charu Asopa Sen, had shared some rare pictures from their memorable day back in 2019. The pictures had looked dreamy from all angles, and they were the epitome of pure couple goals. Now, once again, the actress has dropped mushy pictures. She shared some stunning pictures of herself in a red saree, flaunting her baby bump. 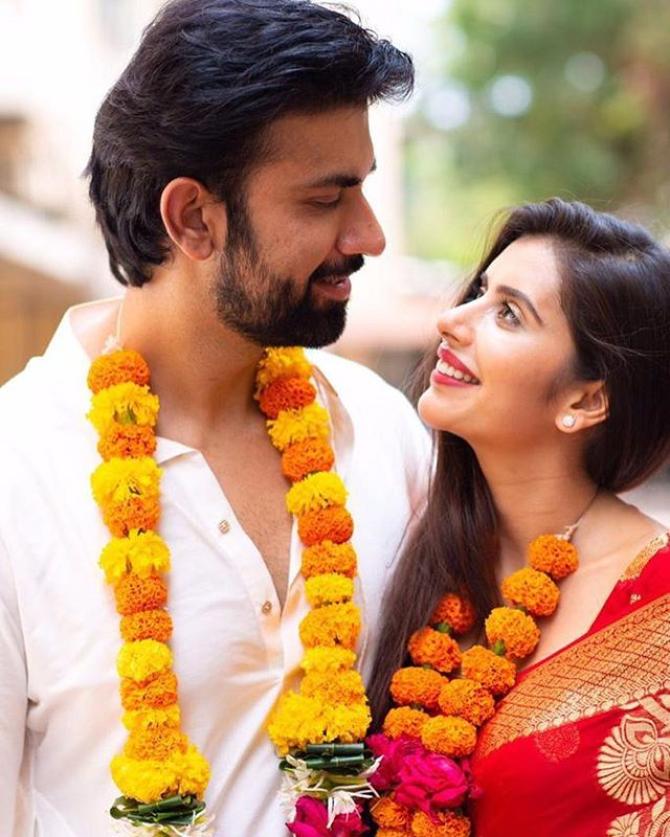 On October 19, 2021, Charu Asopa Sen took to her Instagram handle and dropped two pictures that left her massive fanbase in awe of her. In the photos, Charu looked out of this world in a red Chiffon saree with some beautiful gota patti work on the border. However, apart from her mesmerising look, it was the way she was flaunting her baby bump while posing towards the camera in the second picture that made us fall in love with this to-be-mommy. Along with these priceless pictures, Charu penned a small note in the caption, and it can be read as "Hie my insta family my new Vlog is live. Link is in the bio." 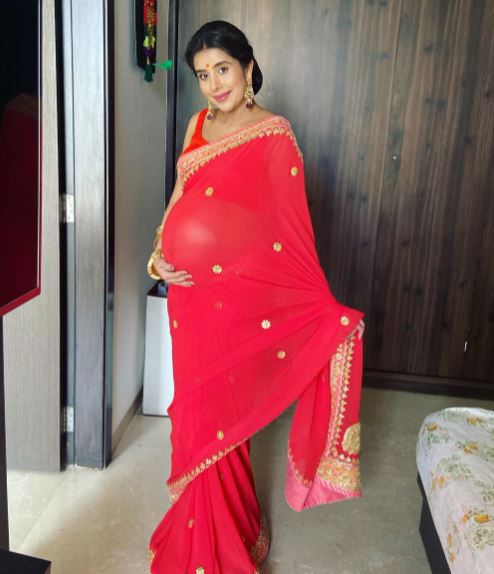 After tapping on the link given in her Insta bio, we came across her YouTube video, which she uploaded a couple of minutes back. She can be seen teaching her female counterparts how to get ready for the upcoming festival of Karwa Chauth. From basic beauty tips to sharing her experience about styling, the whole Vlog was need of the hour for all the gorgeous ladies out there, who were quite puzzled about picking the saree for the special festival.

Don't Miss: Neha Dhupia Shares A Funny Reason Behind Hubby Angad Bedi Not Recognising Her If She Is Not Pregnant

As Charu Asopa Sen is quite active on her YouTube channel, she often shares Vlogs about some big moments of her life. A few weeks back, Charu had shared a Vlog including her healthy breakfast, her personal shopping and the clothes she had bought for her soon-to-be-born baby. In one of the segments of her Vlog, she could be seen showing the cute gender-neutral clothes she had bought for her baby, which he/she will wear right after their birth. From caps to gloves to onesies, the mommy-to-be had got it all covered.

Also Read: Freida Pinto Flaunts Her Baby Bump In A White Monokini As She Posts Pictures From Maternity Shoot

For the unversed, Charu Asopa Sen's due date is in November 2021.