While there are enough pretty lehengas out there for brides to choose from, there’s an inevitable charm in designing your own wedding lehenga. The emotional investment and the time that goes into designing it make it something unique and special.

Recommended Read: This Bride Ditched The Usual Kaliras And Wore Kaliras Made Of Real Flowers On Her Wedding

'Red' Is Auspicious, 8 Real Brides Who Rocked The 'Red Lehenga' With Full Grace

Here we have a bride, Netika Bhatia Ahuja, for you who designed her own wedding lehenga using traditional Banarasi weaves. Let’s read all about it!

On why she designed the lehenga herself... 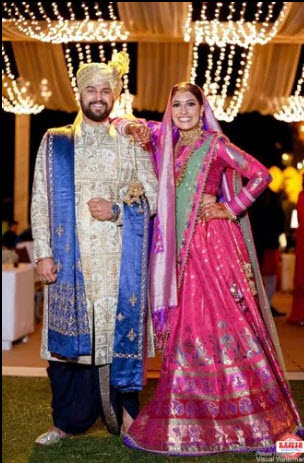 When you are shopping for attending weddings as a guest, you shop a lot and sometimes you even end up picking up a lot of things that despite being beautiful would just sit in your wardrobe for years. Something similar happened with Netika, while shopping for other’s weddings, she visited Banaras and fell in love with the beautiful Banarasi weaves. 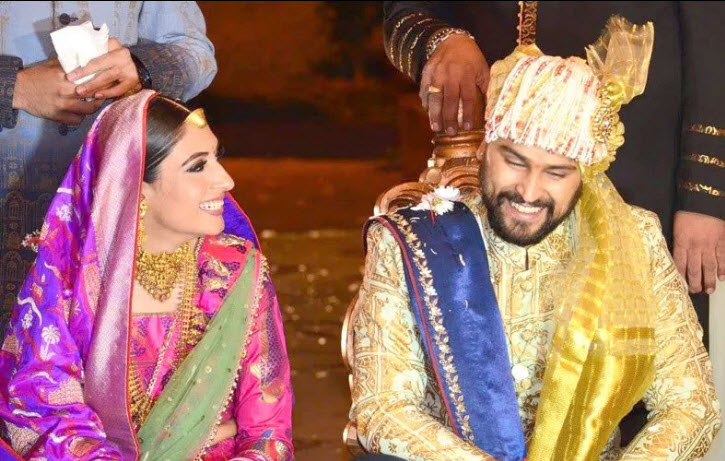 Although she had no plans to use it any sooner, she brought home a lot of the Banarasi fabric. It was her mother, who not only teased but also encouraged her to make her own wedding lehenga with the fabric. But, as the wedding was nowhere in the picture yet, the material lay well hidden in her closet. It stayed there for two and a half years to be finally taken out of the closet for Netika’s own wedding.

On why she chose the Banarasi weave... Netika calls herself ‘a total lunatic and fashion fanatic’, which is why she wanted her dream outfit to be ageless. So, one of the best ways to do that was to explore the preserved heritage weaves.

You May Also Like: Bridal Studio Messed Up With The Bride's Lehenga, And She Fought For 8 Years Against Them Being a Rajput herself, Netika wished to bring out the royal heritage of a Rajputana bride. And the Banarasi fabric that she had in her closet was exactly the royal fabric that she was looking for. During the 17th century, the regal silk was the preferred choice of fabric by the Queens of Mughal era. 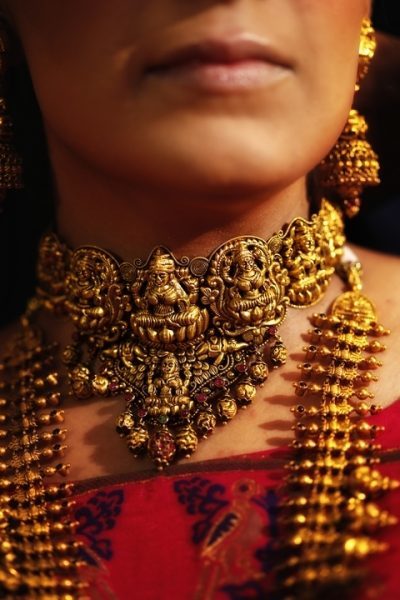 Netika’s Banarasi lehenga was as timeless as the city it hailed from. It exuded an old world charm that’s possible only with a heritage weave. Like a royal Rajputana bride, she paired her dream outfit with temple jewellery and an exclusive half borla, a type of maang teeka worn by Rajasthani women. She looked nothing less than a queen herself in her exquisite creation.

On designing the lehenga... When you are designing your own lehenga, it’s very important to have a clear picture in your mind about what you want. If you start out without a vision, it will all be a disaster with no one to blame but yourself. After collecting all the raw materials for her wedding lehenga, Netika started working on her dream outfit long before the D-Day to give her some buffer time in case the outfit didn’t turn out as she planned. A very wise decision we must say!

She worked on the lehenga with her own tailor and constantly monitored the progress. She had almost eight months in hand to get the lehenga ready.

On the final brilliant outfit... 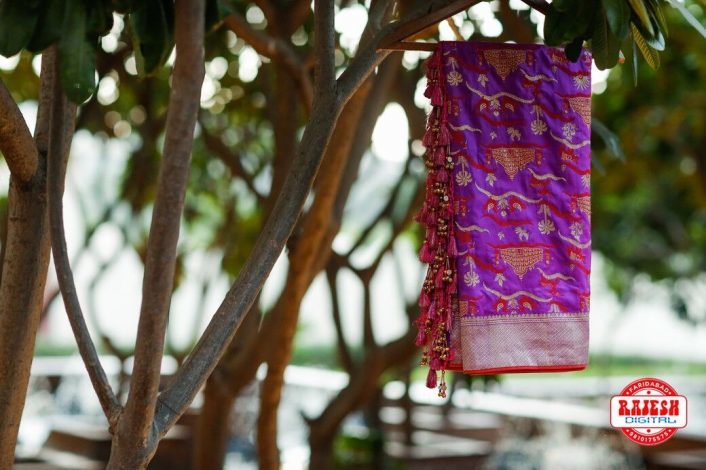 Netika had chosen a beautiful pink Banarasi lehenga with purple details on it. The hem of her lehenga had a single strand of silver beads adding on to the beauty of the lehenga.

To colour-block her pink lehenga, Netika wanted a specific shade of purple, which took two months to get customised. She had also planned to add a second dupatta to the outfit in mint green, customised to match the rest of her outfit, to break the monotony of pink colour. The entire thing costed her around 1.5 - 1.6 lakhs, including all the overheads.

Some takeaways for the bride-to-be... Sometimes amidst all the bling, there is this simplicity and elegance in a handloom silk lehenga that is classic and can stand the test of time. And, currently, lehengas in Banarasi weaves are totally in trend. We have seen numerous B-town celebrities sporting it on various occasions. Soha Ali Khan was seen wearing one at her reception, Neha Dhupia wore it for a party, Sonam Kapoor wore it to an awards night. 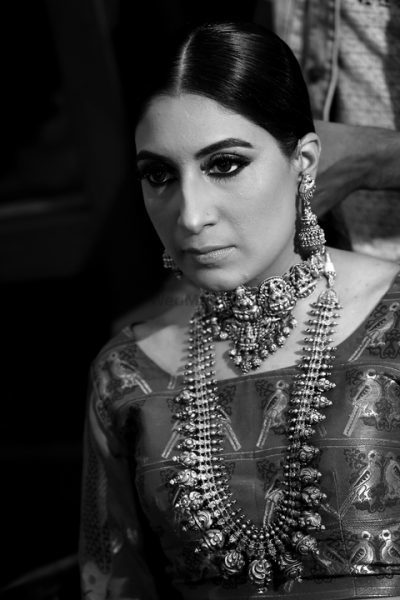 Even though there are not many embellishments on the material, a lehenga made out of exquisite Banarasi fabric looks rich and elegant. And it doesn’t even weigh much so you can perform all the rituals without feeling too tired. Style them up with full sleeved, crop top blouses and layered chunky jewellery for sangeet, wedding or a stunning sister of the bride outfit. And, lastly, if you are planning on designing your own lehenga, have a clear picture of what you want and start the preparations much in advance. Netika had eight months to her wedding, and still, she did not waste even a minute of it to get the ball rolling.

So, what do you think about the lehengas in rich heritage weaves? Would you prefer an embellished or designer lehenga for your wedding? Or you would rather design it on your own? Let us know in the comments below.