Having a sibling is pure blessing in life. There are so many fun things to do, places to explore and aping the styling game together. Bollywood celebs never shy away from twinning with their siblings.

Twining with your special someone, be it your sibling, your beau or your BFF, is always an amazing experience. There is no denying that Bollywood is one pit stop for all the things fashion. Twinning fever has caught up with Bollywood celebrities.

Also Read: From Nusrat Jahan To Asin Thottkumal, These Celeb White Weddings Look Straight Out Of A Fairytale

Bollywood being the paradise of fashion and style, we have spotted various Bollywood siblings playing their twinning game like a pro. And we have totally loved it. Let’s check out the list of celeb siblings duos from the Tinseltown, who are winning the twinning game. There is no doubt that Sonam Kapoor Ahuja is the ultimate style diva of Bollywood and she always wins our heart with her top-notch fashion sense, be it at parties or events, the diva always manages to make our heads turn. Her vogue is none other than her sister, stylist and fashion mentor, Rhea Kapoor. Rhea ensures that Sonam is always ready to slay! The sisters duo has been spotted twinning quite a few times and rocking the twinning game. 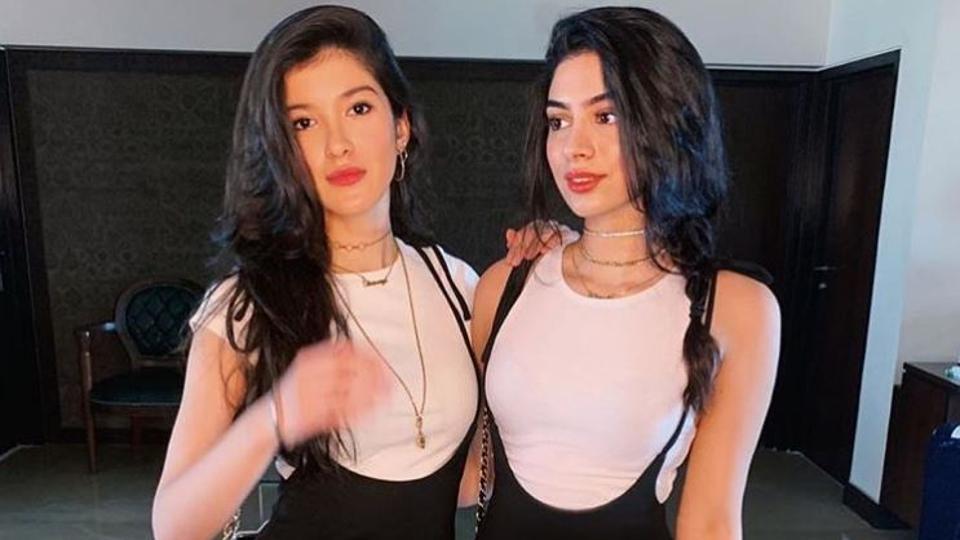 The younger lot of tinsel town have proved that they are the epitome of modish and avant-garde fashion. On March 31, 2019, Khushi Kapoor and Shanaya Kapoor had gone on a lunch date and they twinned and slayed in their summerish look! Khushi and Shanaya wore a simple white t-shirt paired with sexy black Clara Pini dress by Tiger Mist, and they had accentuated their look with samesies gold tones layered necklaces and earrings. Khushi Kapoor and Shanaya Kapoor twinning on a lunch date will remind you of your sister. 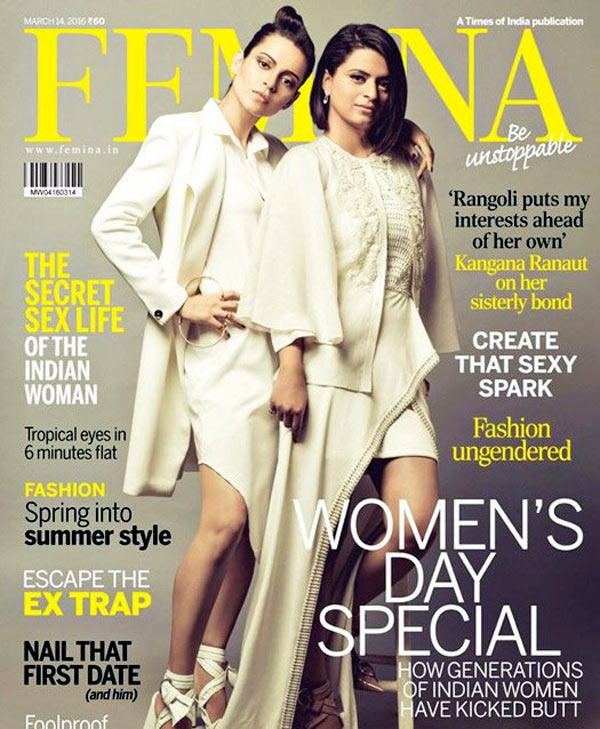 The Ranaut sisters personify womanhood. Their style quotient is always high and they are always dressed flaunting their power dressing style. Kangana Ranaut and Rangoli never fail to give us major fashion and sibling goals. The duo was recently on the cover of Femina Magazine and they had owned the cover with their twin game. The Queen of Bollywood had opted for a Sahil Aneja outfit, teamed with a long blazer, minimal makeup and Dior shoes. Rangoli is dressed in a Anand Bhushan dress teamed with Rohit Gandhi-Rahul Khanna blouse and Dior pumps, looking classy as always. 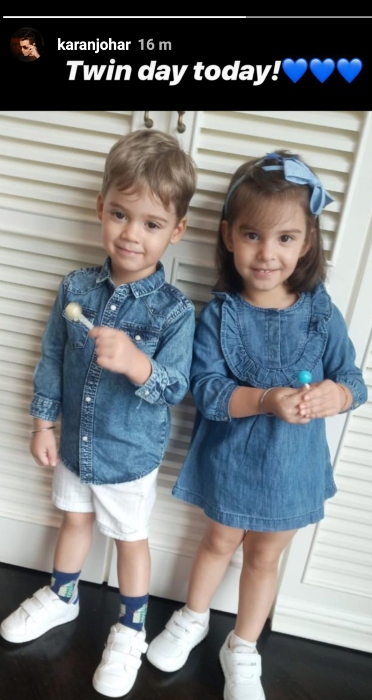 Karan Johar’s twins, Yash and Roohi have grown a lot over the last six months. The twin duo, Yash and Roohi of the 'daddy cool' of the tinsel town, Karan Johar, is two fashion icons in the making. The two never fails to make the internet gush. Roohi and Yash are now twinning and acing the denim trend. 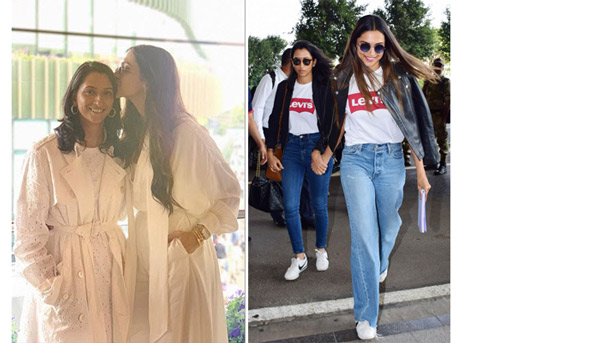 Deepika Padukone is on cloud nine after her wedding with the fashion icon of Bollywood, Ranveer Singh. The Padmaavat actor was spotted at the airport twinning with her sister, Anisha Padukone. The Padukone sisters were twinning and winning the casual look. Recently, Deepika in her Instagram had shared a photograph with her sister. The actress was seen planting a kiss on her sister’s head as they pose together, twinning in white outfits. Having a sister is a blessing. Just like all the other sisters across the world, our Bollywood Kapoor sisters, Janhvi and Khushi never fail to be around each other. Take it from sisters, whose sartorial skills were put on display as they complemented each other’s outfits while shooting for an episode of BFFs with Vogue. The sisters had opted for an hourglass silhouette with their miniskirts and white tops, each working a big current trend. 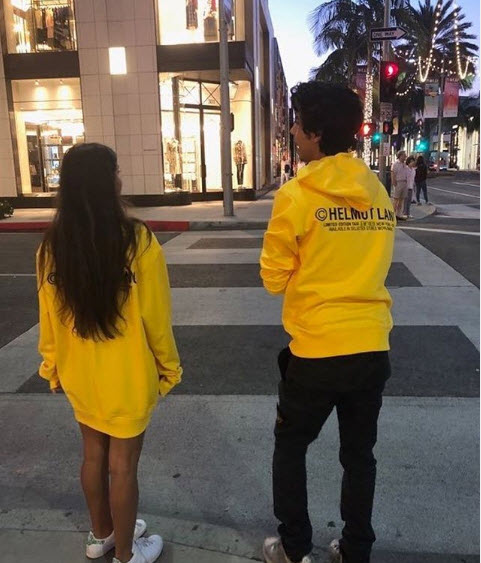 Shahrukh khan, a doting father. Despite his crazy work schedule, he manages to take out time for his kids. A while back, the actor had taken to Instagram to share a picture of Aryan and Suhana, both dressed in yellow hoodies. He had captioned the picture saying, "This image reminds me of the Yellow Brick Road....I hope they find answers they r looking for or at least have enough questions to lead a full life....#mysunshines." 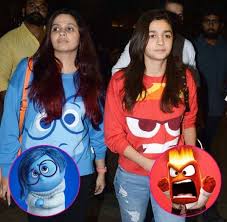 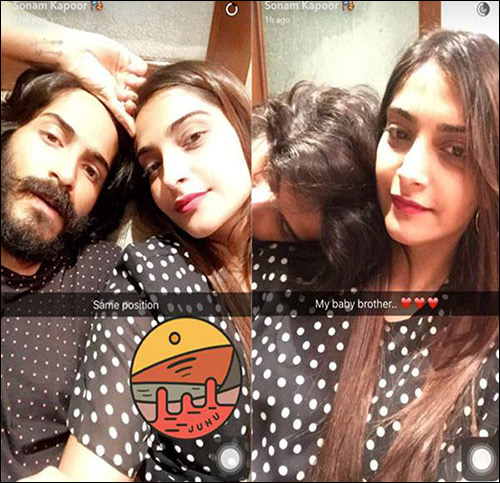 This sibling duo of B-town can give all brother-sister pairs a run for their money. Sometimes back, Sonam had shared a couple of selfies with Harshvardhan on Snapchat. Sonam totally twinned with her brother in similarly patterned shirts and even tilting their head the same way. Aww! 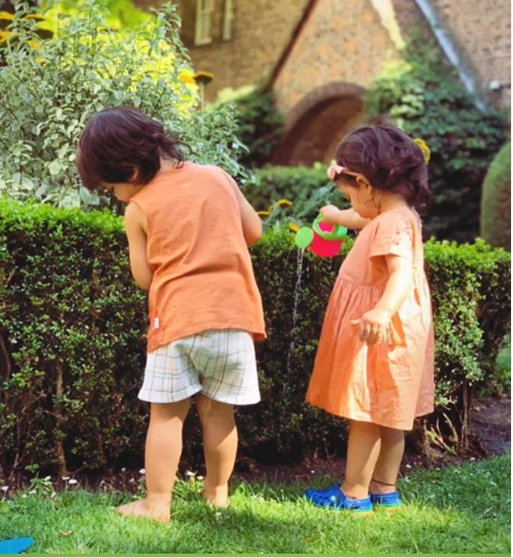 The two most popular star kids of B-town, Taimur Ali Khan and Innaya Kemmu were enjoying their vacation in London. Taimur and Innaya twinning in orange was the cutest glimpse we had gotten from their London diaries, thanks to Soha Ali Khan!

We are drooling over these siblings twinning game. What do you think?