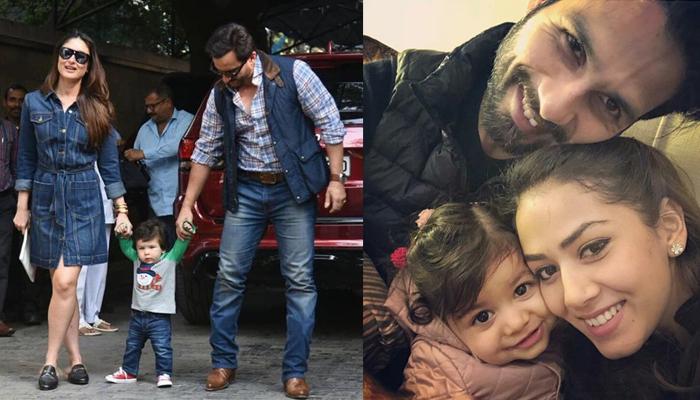 Whether it is for their looks or their achievements, star kids have always been in the news. They tend to become the darlings of media, and every move of theirs is under scrutiny. And, one thing that draws our attention to them is their cuteness.

Apart from that, we also find that some celebrity kids look exactly like their parents and that makes them even more adored by everyone. So, keep reading to find some famous Bollywood celebs and their super-adorable kids. 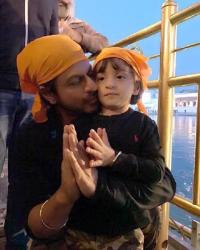 Our list has to undoubtedly start with the cutest star kid ever. Yes, we are talking about AbRam, who is Gauri and Shah Rukh Khan's youngest son. He has been the talk of the town ever since he was born on May 27, 2013. He does not shy away from media and gets fascinated by the entire fan following he has even at this age. He was born through surrogacy, and Shah Rukh is an absolutely adorable dad. Surprisingly, AbRam looks exactly like a younger version of Shah Rukh, and that is what adds to his cuteness. 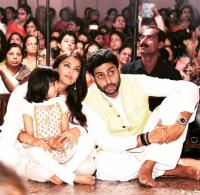 If there are cute kids being mentioned, then how can we leave her behind? Daughter of Aishwarya Rai Bachchan and Abhishek Bachchan, Aaradhya Bachchan was born on November 16, 2011. She has inherited her mother’s good looks and her father’s wit. This girl is super-adorable and is already the owner of a BMW Mini Cooper S car. 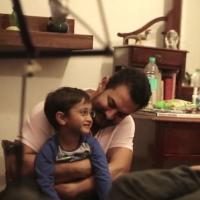 Azad Rao is the son of Mr Perfectionist, Aamir Khan and Kiran Rao. Azad was born in December 2011 through surrogacy. And, Aamir was quite vocal in accepting it. This star kid is the darling of Indian media. He sometimes accompanies his father on his movie sets and is said to have a deep liking for sports, such as football and cricket. 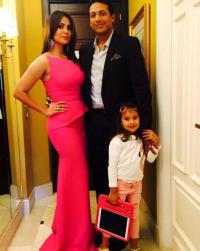 Saira Bhupati is another super-cute kid. She came into the world in January 2012 and is the daughter of Lara Dutta and Mahesh Bhupathi. She became media's favourite after she was spotted at the Aircel Chennai Open, held in 2013.

You May Also Like: 4 Bollywood Love Stories That Ended On A Bad Note 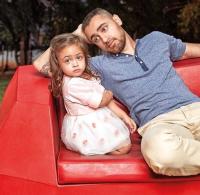 She is our latest celeb baby crush. Imraan Khan and Avantika Malik’s girl, Imara is the cutest kid on the block. She came into this world in June 2014. And boy, Imran sure knows how to be a hands-on daddy. Sometimes, he is seen playing with his little one, making sand castles, or even watching penguins. She is one of the youngest celeb kids, and we totally adore her. 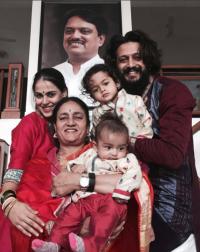 The cutest children of Bollywood’s much-adored couple, Riteish Deshmukh and Genelia Deshmukh, Riaan and Rahyl are super-cute and insanely adorable. The cutesy couple was blessed with Riaan in November 2014, and Rahyl was born in June 2016. 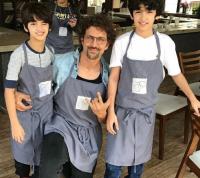 Hrehaan and Hridhaan are the sons of Bollywood heart-throb Hrithik Roshan, and his ex-wife, Sussanne Khan. Hrehaan Roshan is the elder of the two siblings and was welcomed into the world in March 2006. Hridhaan, the younger son, was born in May 2008. Both kids have inherited their father’s good looks and his dance genes. 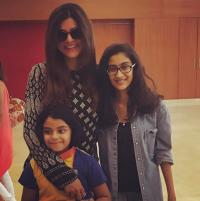 Alisah is the super-cute girl of Sushmita Sen. She is her younger daughter, who she adopted in 2010 when Alisah was just three months old. She was spotted walking the ramp with her mother for India Kids Fashion Week, 2012. She was also seen in one of the episodes of Issi Ka Naam Zindagi, a show for NDTV. 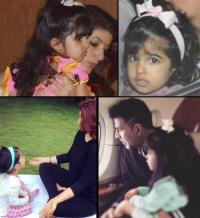 Akshay Kumar and Twinkle Khanna’s younger daughter, Nitara Bhatia was born in September 2012. Akshay gave her the surname of Khanna as a tribute to his late father-in-law, Rajesh Khanna. Although she is just three years old, Nitara is absolutely adorable. 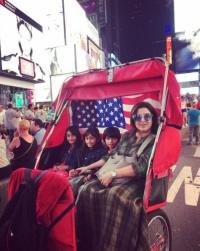 Farah Khan and Shirish Kunder’s cute triplets, Anya, Czar and Diva are just too adorable for Indian cinema. These kids were born in February 2008, and have their mother's naughtiness in their eyes. They are mostly spotted with their parents in Bollywood parties. 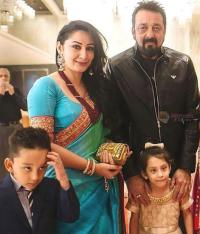 Sanjay Dutt and Manyata’s twins Shahraan and Iqra were born in October 2010. Their names are extremely unique and were thought of by Sanjay and Manyata when they were holidaying in Egypt before they were born. And, Shahraan has already made his Bollywood debut with a song in his daddy’s home production, Hasmukh Pighal Gaya. 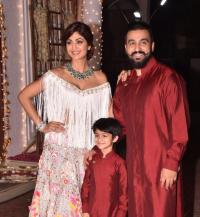 Viaan Raj Kundra, born in May 2012 is the lovable child of Shilpa Shetty and Raj Kundra. This five-year-old kid has his own Twitter account as well, which is managed by his father and we definitely see a star in the making.

Don't Miss: 9 Bollywood And TV Actresses Who Are Above 30, Single And Rocking It! 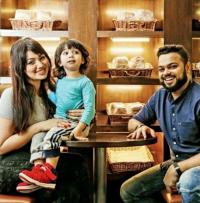 Ayesha Takia and Farhan Azmi became proud parents to a baby boy in December 2013. Ayesha Takia recently shared adorable pictures with her son on her social media page. And, we must say Mikail is totally adorable. 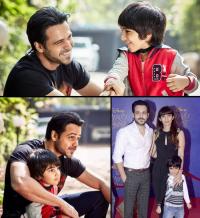 Emraan Hashmi and Parveen Shahani's son, Ayaan is definitely a bundle of joy! This six-year-old has faced a lot of trouble in his life early on, but that has not deterred him from living life to the fullest. He was diagnosed with cancer at the age of three, and he fought with it bravely. In Emraan's own words:

“I think I need to go for some counselling as this incident has left deeper psychological impact on me.”

But, he did manage to keep himself strong and has even penned down a book, on his life experiences while dealing with his son's cancer titled, The Kiss Of Life. 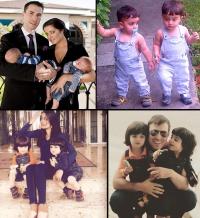 Celina Jaitley and her husband, Peter Haag's twins, Viraaj and Winston are absolutely adorable. They are given contrasting names to respect their parents' cultures. They were born in March 2011. They keep surprising their parents with cute surprises for Mother's Day and Father's Day both. And, Celina sure is a proud mum as she keeps on sharing these cute moments on her Twitter account and keeps us hooked to their cuteness.

Check Out: 7 Single Telly Moms Who Did Not Need A Man To Succeed In Life 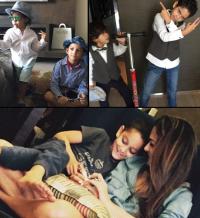 Amrita Arora sure makes a yummy mummy, and her sons Azaan (six years) and Rayaan (three years) with husband Shakeel Ladak are a treat to watch. Their cute antics are a constant feature on Amrita's Instagram account. They are turning out to be rockstars, and we won't be surprised if they too, decide to join the entertainment industry like their mom. 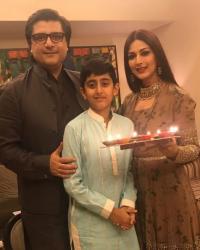 Sonali Bendre and Goldie Behl's grown up son, Ranveer is an extremely sensitive child. While Sonali grew up with sisters, for her bringing up a boy was difficult. But, she is enjoying the task and said:

"Coming from being a mother of a boy,  I think we need to teach our boys, compassion. It's okay for them to be sensitive. As a grown-up, I quite like sensitive boys."

In fact, she is known to be quite a strict mom and even said:

"I'm a very strict mother. In fact, I'm judging a show right now and on the panel, Sajid (Khan) and Vivek (Oberoi) are co-judging with me. Both of them call me a Hitler mom, and I have to tell them hey, don't be rude about it. But then at the same time, I'm the one who indulges my son." 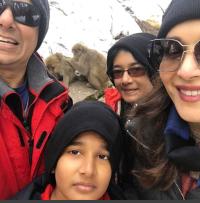 The heart-throb of the 90s, Madhuri Dixit and her husband, Dr Sriram Madhav Nene are proud parents to two boys, Arin and Raayan. Madhuri completely dotes on her children. And, both her children take a keen interest in dancing. Madhuri is known to even teach her kids, Kathak. For both of them, their mother's popularity was a never-heard-before thing, and when Madhuri shifted base to India, they were shocked as they did not know that their mother is so popular. 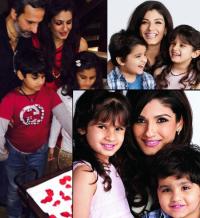 Raveena Tandon raised the bar for actresses when she adopted two girls at the age of 21, Pooja and Chaya. However, she herself is a mother to two beautiful kids, Rasha and Ranbirvardhan. She married a film distributor, Anil Thandani and they have two beautiful kids with him. She sure is a doting mother, and we cannot wait to see whether they will take up acting as their career choice. 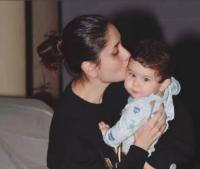 One of the cutest and the most adorable celeb baby who has made everyone go crazy for him is no one other than Taimur Ali Khan. He is not even a year old, and he has bagged millions of fans, courtesy his soaring cuteness. Kareena Kapoor and Saif Ali Khan became parents to this cotton ball on December 20, 2016. 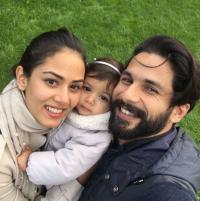 Last, but not the least, Misha Kapoor born to one of the most dashing couples, Mira Kapoor and Shahid Kapoor too is reigning in the star kids world. Shahid and Mira became proud parents to this little angel on August 26, 2016

Recommended Read: Fell In Love With 5 Different Men, Yet Pooja Bedi Is Single And Rocking At The Age Of 47

Aren't these kids super-cute? Who's your favourite? Do let us know in the comments section below.