Many celeb couples are becoming parents in their late 30s and 40s and it has been possible because of the wonders of modern science. Here are some of the renowned celebs who became parents through IVF treatment.

Just imagine, how would it be like to welcome a little bundle of joy home, the one who becomes your world, your centre of attraction. The little package of happiness holding your finger with its entire hands and passing a smile onto you, as soon as you lean forward. Isn’t it a beautiful feeling?

But certain complications prohibit you from experiencing one of the most special feelings of the world. Don’t worry! Bid adieu to your unhappiness and say hi to improvised processes such as IVF and IVF surrogacy. And, not only us, our favourite celebrities vouch for these procedures and are happy cuddling with their ‘little joy’. So go and give this article a thorough read and get inspired to try these procedures if you are stuck at a similar issue in life.

Shah Rukh Khan And AbRam In Their Ski Suit And Enjoying Skiing Together In The Alps, Check Video!

Recommended Read: Everything You Need To Know About IVF: Benefits, Risk Factors And Complications

So, what is the difference between IVF and IVF surrogacy? IVF: IVF or In Vitro Fertilisation is a process by which the eggs or the oocytes of the woman are fertilised by the sperm of male partner outside the human body in a laboratory. Though it is commonly called, test-tube baby, the eggs are actually fertilised in a small dish.

IVF surrogacy: IVF surrogacy uses a third party to carry the pregnancy or the child when a patient is unable to carry a baby herself. The third party surrogate may also be called a gestational mother. The whole process of carrying a baby until delivering it is on a contractual basis with the intended parents “to undergo an embryo transfer procedure using embryos created through IVF and to carry the resulting pregnancy.” Also Read: Everything You Need To Know About IVF Treatment Before Opting For It

Now that we are clear about the difference between IVF and IVF surrogacy, let us take a cue from our favourite celebs who opted for the same. 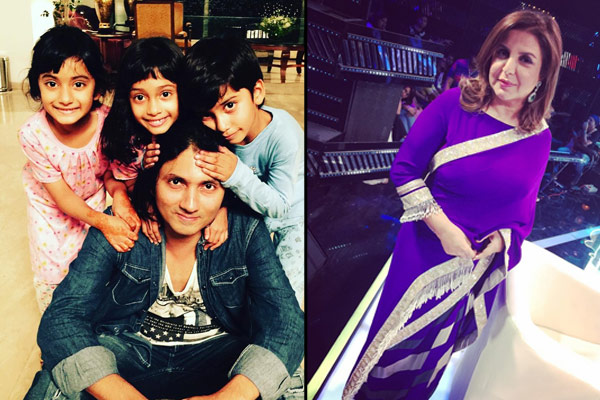 Bollywood’s ace choreographer and director Farah Khan got married to Shirish Kunder in her 40s. The couple tried two years for a baby. Finally, she decided to go with IVF. Farah gave birth to triplets, on February 11, 2008. She has even suggested this procedure to many other women who were not able to conceive naturally. According to her:

"When the choice is to either go childless or IVF, there is no room for doubts. I was 43 when I had my kids and my biological clock had stopped ticking long time ago."

Recommended Read: Stages Of Pregnancy Week By Week: Developments Of The Baby In A Pregnant Woman's Womb 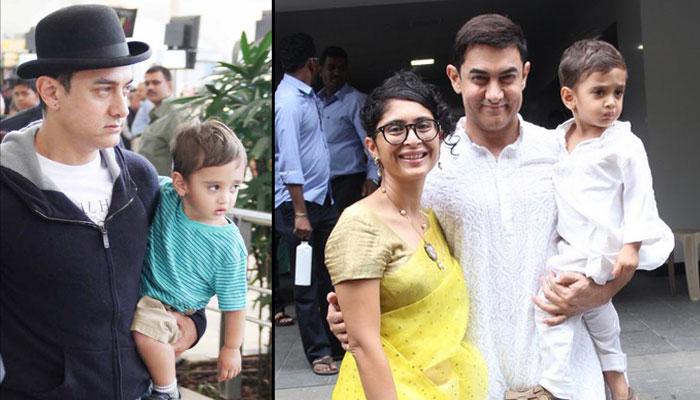 Aamir Khan, who had two children from his previous marriage, opted for IVF surrogacy with his second wife, Kiran Rao. The couple was shattered after Kiran’s miscarriage. On December 5, 2011, Kiran and Aamir were blessed with their adorable son, Azad. Aamir is also very open about IVF procedure and has recommended other couples to opt for it, too. On the birth of their child, Aamir said:

“This baby is especially dear to us because he was born to us after a long wait and some difficulty. We were advised to have a baby through IVF surrogacy, and we feel very grateful to the Almighty that all has gone well." 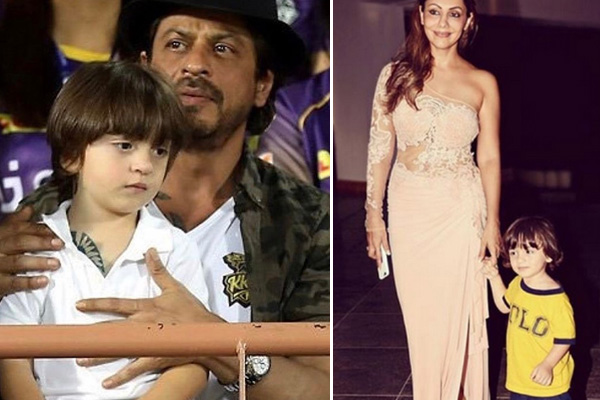 Clearing the air over all the rumours surrounding the new entrant in Mannat, King Khan and his wife, Gauri are the recent additions to this list. Much after the birth of their two kids (Aryan and Suhana), the couple also opted for IVF surrogacy, and had brought home the super adorable, AbRam! Sharing about the same, Shah Rukh Khan said:

"Amidst all the noise that has been going around, the sweetest is the one made by our newborn baby, AbRam. He was born prematurely by several months, but has finally come home". 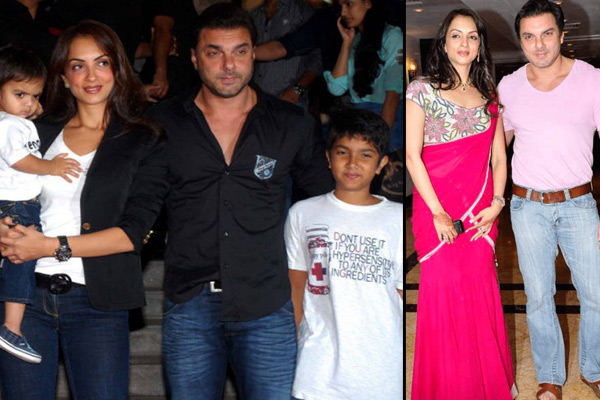 Sohail Khan and Seema decided to have a second baby, ten years after the birth of their first son, Nirvaan. They, too, decided to consider IVF surrogacy as an option to have their second child. Their second child, Yohan, was born in June, 2011. This much-in-love couple got married in 1998. What started off as a ‘one-night stand’ is still going strong as a happy family! Krushna and Kashmera have become a household name for people who talks about string relationships in the telly world. After trying hard to conceive naturally, Krushna and Kashmera welcomed their twin sons- Ryan and Krishank, via surrogacy. The babies were born in May, 2017. Talking about how he feels about having babies, the doting father says:

"I've become more responsible. I've never been an actor who relies on his producers. I've always been in such a position that I can walk off anytime. I never had the fear of a show not working or being ousted from it. But after having kids, I get that feeling. I'm no longer as carefree; there is a fear that keeps me in check.”

Also Read: Kashmera Shah Talks About Her Twin Babies, Reveals She Had 14 Failed Attempts At Pregnancy Before! 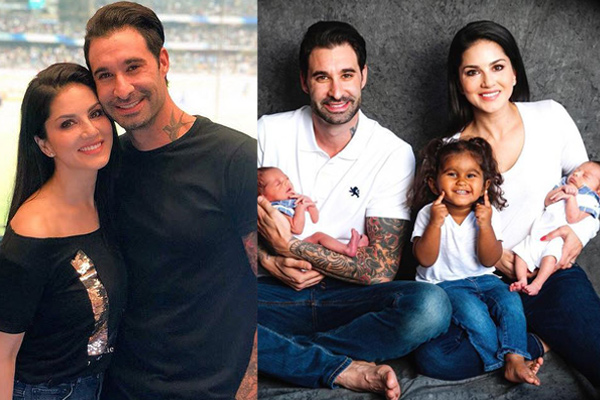 The industry talks about how wonderful a person Sunny is and we can’t help but vouch for it! Amidst phenomenal success in the industry, Sunny and husband Daniel Weber have extended their family earlier this year by adopting a baby girl from Maharashtra and had given birth to two adorable twins through surrogacy. Expressing the news, Daniel wrote: 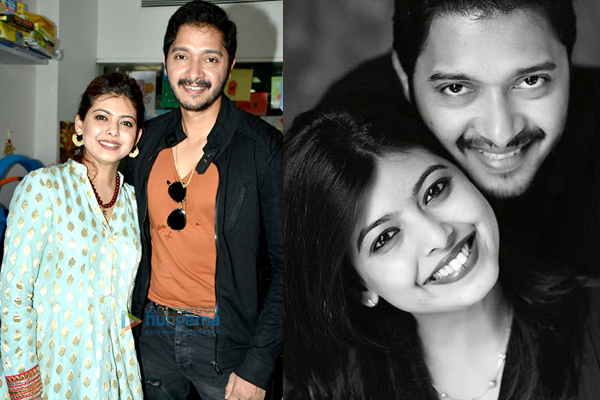 The Iqbal-actor and his wife Deepti have been married for 14 years and were waiting for their little bundle of joy. The couple was having certain issues because of which their doctor advised them to go for surrogacy. Shreyas and Deepti welcomed their happiness home in the form of a baby girl, whom they had given birth via surrogacy. Speaking about how ecstatic Shreyas is feeling, the doting dad shared with Mumbai Mirror:

“I was to start shooting from May 15 but luckily for me, the shoot has been pushed to June, so I’ve got a month to focus on my baby. I’ve always wanted a daughter, so I could buy her dolls, teddy bears and plenty of pretty dresses.” 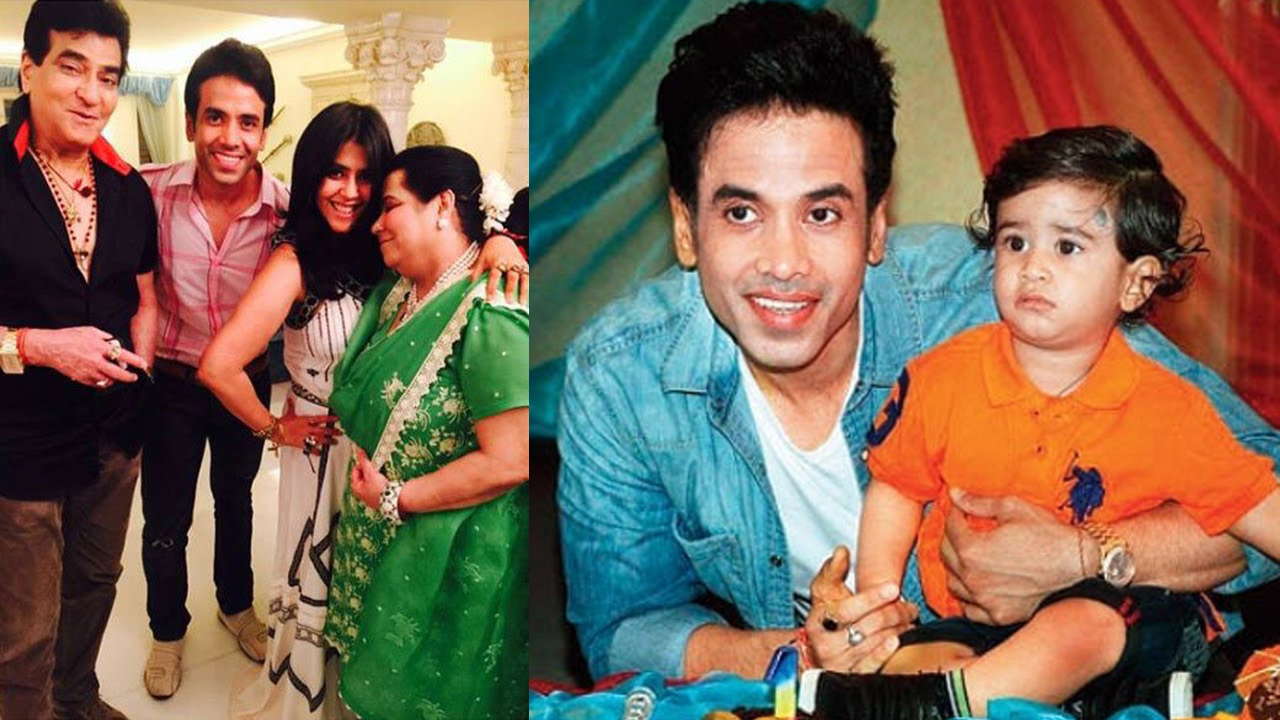 Tusshar Kapoor is one of the first few single parents in the B-town to welcome his own child, Laksshya, via IVF surrogacy. Not only is the doting father Tusshar on a super high life state but his entire family, Jeetendra, Shobha and Ekta whose happiness knows no bounds to have such a cute baby boy with them. Sharing about how came to know about IVF surrogacy, Tusshar quipped:

“Last year, I went to Tirupati temple. I happened to meet director Prakash Jha. We were in the same flight. He told me about this procedure (IVF) and how one could be a single parent using the same. He also introduced me to a family who had used surrogacy to have a baby. I felt inspired and decided to go in for the same.” 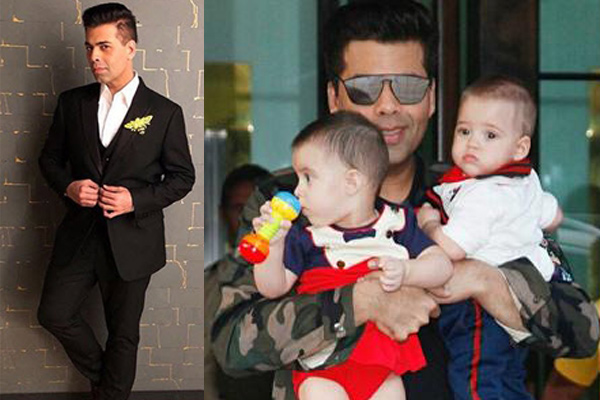 Karan Johar pampers every star kids, so just imagine what he must be doing with his own! Like Tusshar Kapoor, Karan welcomed his twins- a baby boy and a girl, Yash and Roohi on February 7, 2017. He is frequently seen posting updates to fans and followers about almost every new thing that his little kiddies are doing. Karan also released a statement on the birth of his babies. He shared:

“I am ecstatic to share with you all the two most wonderful additions to my life, my children and lifelines; Roohi and Yash. I feel enormously blessed to be a parent to these pieces of my heart who were welcomed into this world with the help of the marvels of medical science.”

We hope, these celebrity couples will be an inspiration for all those who wish to have kids with IVF or IVF surrogacy. And yes, parenting is beautiful and made easy these days. So why not go for it! Also, do share pictures of your little ones in the comments section below!

Next Read: 8 Famous Bollywood Celebrities Who Broke The Rules And Went Against The Society

Shah Rukh Khan And AbRam In Their Ski Suit And Enjoying Skiing Together In The Alps, Check Video!