Pregnancy is one of the most wonderful phases that a woman can ever experience in her life. The feeling of becoming a mother and bringing a life into this world is inexpressible and incomparable. At the same time, miscarriage is the most painful thing that any woman can experience. Imagine the pain of losing your unborn child, just a few weeks after experiencing the joy of being pregnant. Miscarriage mostly happens in the early weeks of your pregnancy, due to negligence or some complication.

Here is the list of 12 celebrity couples from Bollywood and telly land who suffered a miscarriage and experienced the pain of losing their child, before it was born. Shilpa Shetty and her businessman husband, Raj Kundra tied the knot in 2009 and were blessed with their son, Viaan in 2012. Not many people know that before Viaan was born, Shilpa had a miscarriage and she lost her unborn baby, unfortunately. Shilpa was pregnant after a few months of her marriage in 2010, but because of a few complications, she lost her baby. Talking about her miscarriage, Shilpa at an event said:

“I am going to actually share with you my experience of motherhood or rather my journey to motherhood. So when I discovered I was pregnant for the first time, I was overjoyed. And then I had a miscarriage and it was devastating. I thought I had never get pregnant again. And then I was diagnosed with APL syndrome. Imagine someone as healthy as me was diagnosed with APLS and I was very frightened. I feel when you think of motherhood, it should be a very joyous experience, not a fearful one.” 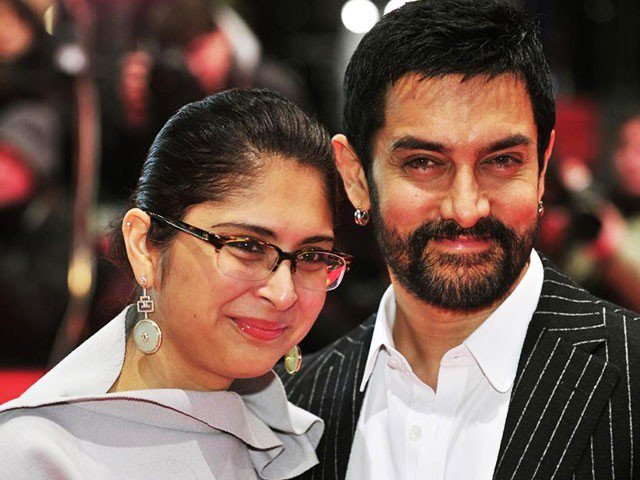 Aamir Khan and Kiran Rao fell in love and then tied the knot in an intimate ceremony in 2005. But, life wasn’t a bed of roses for the couple. After enjoying their married life for a few years, Kiran was pregnant with their first child together in 2009 and the couple was on cloud nine. But, their happiness was short-lived as Kiran suffered an unfortunate miscarriage and lost their unborn child. Aamir himself shared the unfortunate news of Kiran’s miscarriage and said:

“Kiran and I lost our baby. Despite our best efforts, we were unable to avert a miscarriage. The last 2 months have been a struggle for us. Ki and I need time to heal.”

After losing their first child, the couple didn’t lose hope on having a baby. After several failed attempts at conceiving, they decided to give IVF a shot. In 2011, the couple was blessed with a baby boy named Azad, through IVF surrogacy.

Also Read: Aamir Khan's Love Life, First Marriage With Reena, Fell For Kiran Only To Divorce Her After 15 Years Kajol and Ajay Devgn had a traditional Marathi wedding in 1999 and were blessed with their daughter, Naysa, in April 2003. But Naysa was not their first child. After almost two years of their marriage, in 2001, Kajol was pregnant with their first child but due to an ectopic pregnancy, she suffered a miscarriage. Just after six weeks of her pregnancy, they got to know that the baby was not good for Kajol’s health. Soon, Kajol had a miscarriage and talking about the same, Ajay said:

"Yes, we have lost our baby, but we have no regrets. it was an ectopic pregnancy. Kajol's life was in danger. as soon as the doctors informed us that they would have to operate, we both gave them the go-ahead. Of course, both of us were thrilled when we learned of the pregnancy following a blood test. still, if not today, tomorrow we will look forward to starting a family."

Ajay Devgn and Kajol are a happy family today, blessed with a daughter named Naysa and a son named Yug. Fardeen Khan tied the knot with his childhood sweetheart, Natasha Madhvani in a grand wedding ceremony in 2005. Natasha Madhvani is yesteryear superstar, Mumtaz’s daughter. After a few years of their marriage, the couple was on cloud nine as they were expecting twins. Fardeen shared the happy news of Natasha expecting twins in 2012. But sadly, their happiness was short-lived as the couple lost their unborn twins. Due to some complications, Natasha had a miscarriage. Talking about the miscarriage, Fardeen said:

"As delighted as we were to announce Natasha's pregnancy, I am equally saddened to say she had a late miscarriage. Most importantly Natasha is in good health and can try again. This half-pint I married is a warrior in every sense."

A year later, the couple welcomed a baby girl named Diana Isabelle Khan in their life. The couple was blessed with a baby boy in August 2017 and named him Azarius Fardeen Khan.

Also Read: 10 Bollywood And TV Actors Who Became Fathers After The Age Of 40 Saira Banu married Dilip Kumar at the peak of her career in 1966. He was 22 years elder to her, but love knew no age. The much-in-love couple is happily married and Saira became pregnant in 1972 and the couple was expecting a son. But, in the eight-month of Saira’s pregnancy, due to high blood pressure, they lost their child. The baby got strangulated in the umbilical cord and the doctors couldn’t save their baby. After Saira’s miscarriage, she was never able to conceive. After 54 years of their marriage, the couple had no child. They believed it was God’s will. 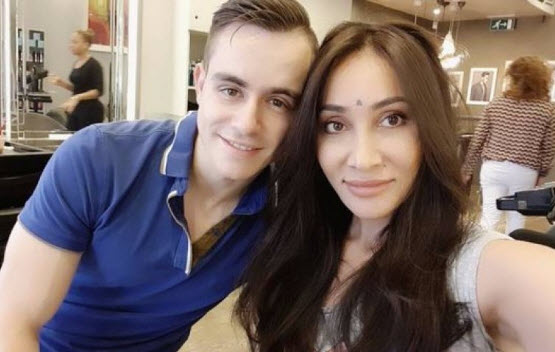 Sofia and Vlad’s wedding was one of the most short-lived weddings of telly town. They were married for hardly a year, before calling it quits. After 2 months of announcing her pregnancy on social media, she shared the sad news of her miscarriage, followed by the announcement of her divorce. She had a miscarriage a few months ago, due to a lot of stress. Talking about the same, she, in one of her interviews said:

“It has been a harrowing time for me. I lost my baby a month ago and I think it was because of all the things that were happening between us. I was upset and crying a lot.” Dimpy and Rahul tied the knot on national television in 2010. Soon after their marriage, Dimpy was pregnant with their first child but suffered a miscarriage, after a few weeks. A few years later, Dimpy accused Rahul of domestic violence and filed for divorce. Today, Dimpy is happily married to her Dubai-based businessman friend, Rohit Roy and they two have a daughter named Reanna, who recently turned five. Pulkit and Shweta had a grand wedding in November 2014, but their marriage ended in 2015, only after a year of their marriage, due to Pulkit’s extra-marital affair with his Sanam Re co-star, Yami Gautam. After the ex-couple parted ways, there were a lot of allegations made on each other. It was during that time when Shweta revealed that she had a miscarriage and it was during that time, Pulkit started having a fling with Yami. According to Shweta, she had a miscarriage in mid-2015, but according to Pulkit, she had a miscarriage in 2013, when the two were not married. He accused her of misusing ‘miscarriage’ to gain sympathy. Rashami fell in love with Nandish on the sets of Uttaran and the two tied the knot in 2012. After a few years of rocky marriage, the two parted ways in 2016. During their on-and-off relationship of 5 years, the ex-couple participated in Nach Baliye, to mend their equation and give their marriage another chance. It was during one of the episodes, the couple opened about Rashami’s miscarriage. Rashami got pregnant in 2012, after a few months of the wedding. It was during her participation in Jhalak Dikhla Jaa that she lost her child but continued to be a part of the show. 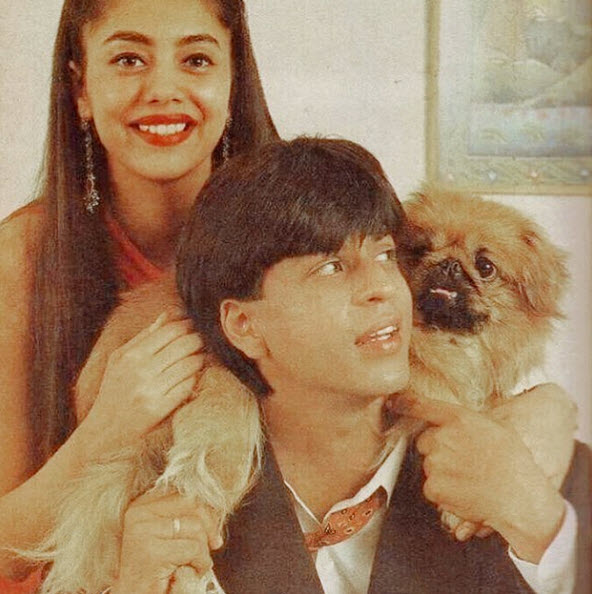 Shah Rukh and Gauri are the most-loved couple of Bollywood who has been going strong for the last 26 years and are blessed with three beautiful children, Aryan, Suhana, and AbRam. But not many people know that the couple suffered a miscarriage in 1997. It was during Sajid Khan’s show, Yaaron Ki Baarat that SRK revealed that Gauri had a miscarriage in 1997, before the birth of their son, Aryan. Talking about Gauri’s miscarriage, Shah Rukh once said:

"Before Aryan, there were some miscarriages but then when he was born, a couple of days were difficult. Suhana was a girl so that was exciting, as Gauri and I, both of us always wanted a girl first. But it happened second.''

Also Read: When Shah Rukh Khan Asked His Wife, Gauri Khan To Change Her Name To 'Ayesha' And Wear A 'Burqa' Rangoli, the elder sister of Bollywood’s queen, Kangana Ranaut, married her childhood sweetheart Ajay Chandel in 2011 and was blessed with a baby boy in November 2017. They named the cute little munchkin, Prithvi Raj Chandel. But, before Prithvi was born, Rangoli suffered a miscarriage in 2016. A source close to the Ranaut family revealed:

“Rangoli suffered a miscarriage just before she went for Simran's shoot with sister Kangana. So this time she had to be very careful and had to take care of her. Hence she took time off from work.” 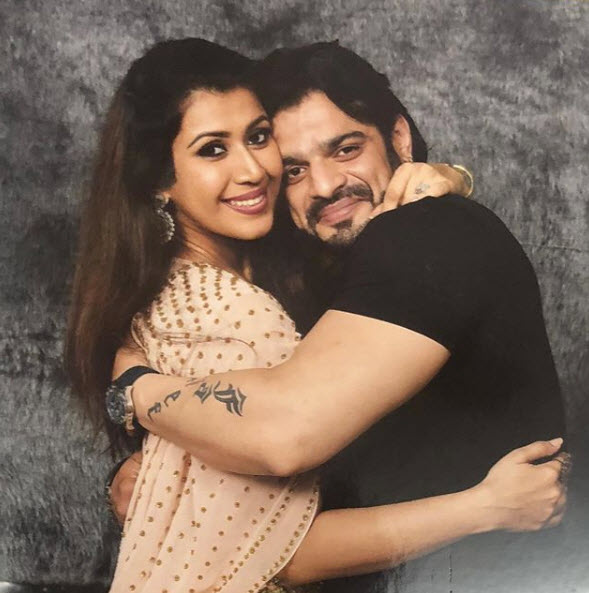 Karan and Ankita had an arranged marriage in 2015 and were soon going to become parents. Karan and Ankita’s baby was due to enter this world in November 2018. But, an unfortunate accident happened, and the couple lost their unborn baby a few days ago. Ankita was four months pregnant and on cloud nine. They were at an award show, laughing and talking about their soon-to-arrive baby, a day before this unfortunate miscarriage happened. Ankita's father confirmed the news of his daughter’s miscarriage. And later, the couple's spokesperson released a statement saying:

“I would urge all media personnel to please allow Karan and Ankita Karan Patel enough time to deal with the miscarriage. It is a difficult time for them individually and for the families involved. This sudden turn of events happened a few days ago and ever since we have tried to keep it low key, only so that we allow them enough time to cope with it.”

Our heart goes out to all these celebrity couples who suffered a miscarriage and lost their unborn babies!

Television Actresses Who Took A Sabbatical After Their Marriage Or Babies