Popular comedienne, Bharti Singh revealed the super-expensive gifts she received from her husband, Haarsh Limbachiyaa, on her 38th birthday. Check it out!

Popular celebrity couple, Bharti Singh and Haarsh Limbachiyaa are currently enjoying their parenthood journey to the fullest. Every now and then, the lovely couple treats their massive fanbase with adorable pictures and videos from their playtime with their son, whom they fondly call Gola. For the unversed, Bharti and Haarsh had tied the marital knot with each other on December 3, 2017, in Goa. After four years of happy marital life, Bharti and Haarsh had embraced parenthood for the first time.

It was on April 3, 2022, when Bharti Singh gave birth to a baby boy. It was the doting husband, Haarsh Limbachiyaa, who had taken to his Instagram handle and had shared the good news with their fanbase by sharing a beautiful picture from their maternity photoshoot. Alongside the stunning pictures, Haarsh had also penned a lovely note and had shared how he and Bharti were blessed to welcome a healthy baby into their lives. His note could be read as: 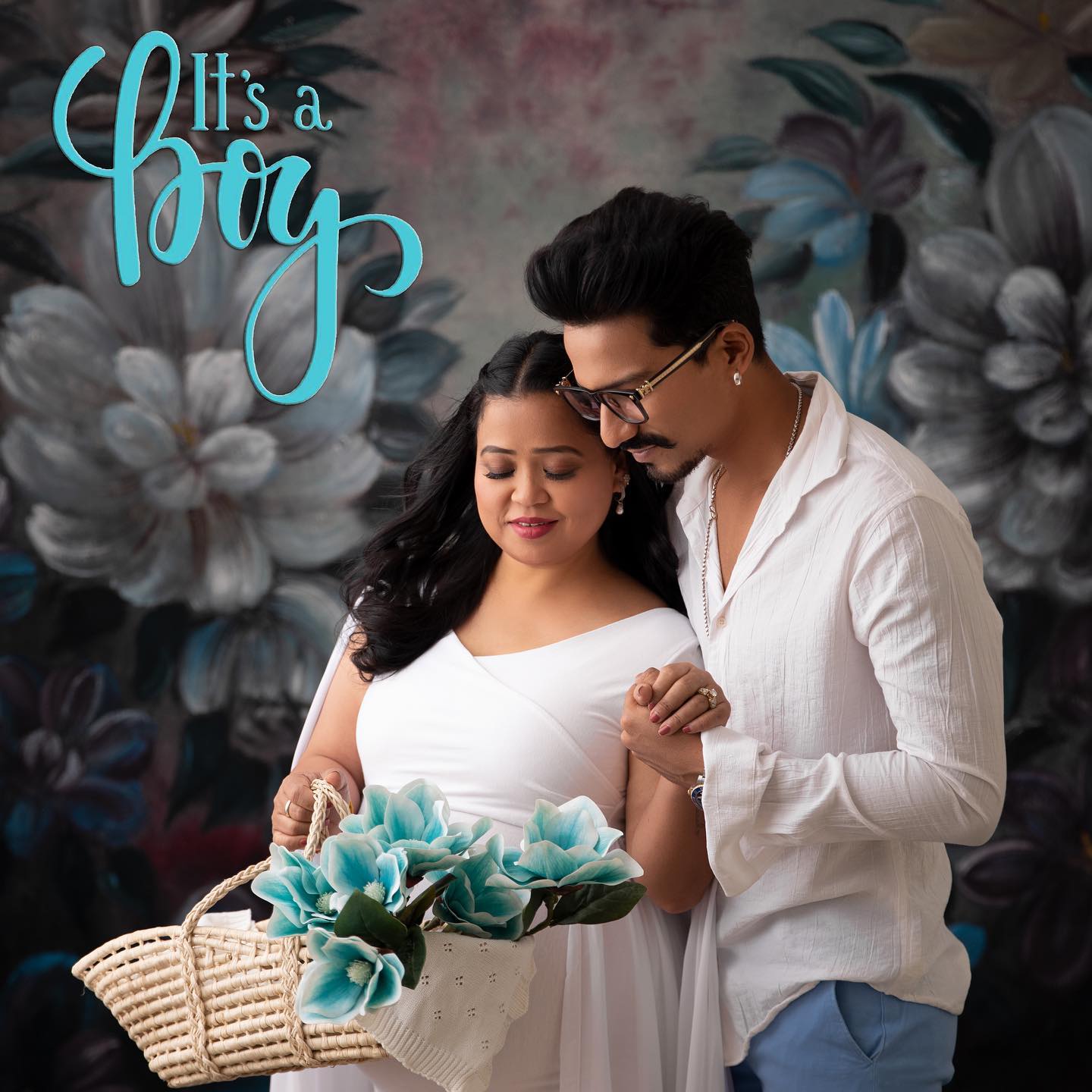 On July 3, 2022, Bharti Singh turned a year older, and her husband, Haarsh Limbachiyaa made his wife's birthday extra special. The doting husband bought two gifts for his lovely wife, and glimpses of the same have recently been on her social media handle. Talking about the first gift, Haarsh gifted his wife a yellow-coloured bag that was a limited edition product from the collaboration between Adidas and GUCCI. Bharti shared a picture of the same on her Instagram stories and looked happy while flaunting it in front of the camera. If reports are to be believed, the cost of the bag is around Rs. 1,74,000. Moving towards the second gift that Haarsh Limbachiyaa bought for his wife, Bharti Singh, on her 38th birthday was a set of solitaire diamond earrings. The comedienne showed glimpses of her diamond earrings during a live Instagram session with her darling husband. During the live video, Haarsh and Bharti admitted that they don't like to talk about their expensive gifts, fearing that they might get trolled. However, later in the video, Bharti explained that the things they've purchased are from their hard-earned money, which they earned after working tirelessly for 12 hours. Check it out! 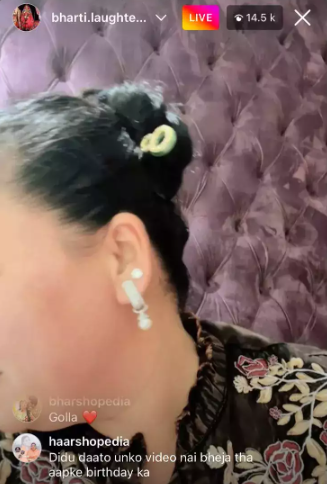 Ever since the lovely couple, Bharti Singh and Haarsh Limbachiyaa's baby was born, the newbie parents have been calling him by the adorable nickname, 'Golla'. However, it was on June 13, 2022, when Bharti had revealed her son's name in one of her vlogs on her YouTube channel, Life Of Limbachiyaas. In the video, Bharti could be seen talking about how her little son became used to seeing his parents working. Adding to that, she had stated that their son, Gola had been working with them long before he was born. Going further in the video, Bharti had revealed her baby boy's name, as she had called him Laksh. Check it out below:

Well, we are in love with how Haarsh pampered his wife, Bharti with those beautiful gifts. What do you think? Let us know.

Also Read: Alia Bhatt Busts A Marriage Myth On 'Koffee With Karan', Says 'There's No Such Thing As Suhaag Raat'

Bharti Singh And Haarsh Reveal What Their Son, Laksh Eats In A Day, Share His Sleep Schedule [Video] 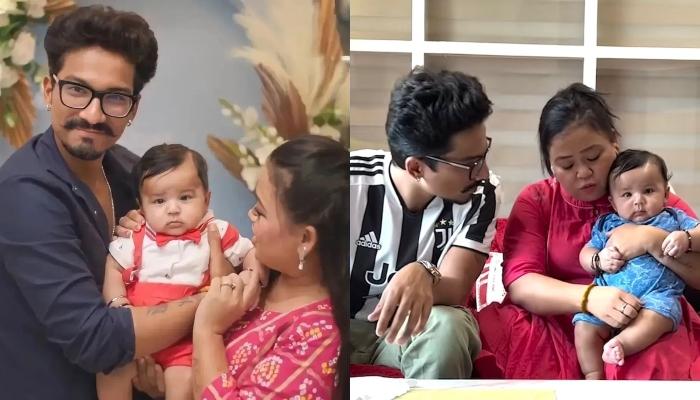 Celeb couple, Bharti Singh and Haarsh Limbachiyaa are currently basking in the glory of their parenthood journey. The duo had tied the knot with each other on December 3, 2017, in Goa, and after four years of marital bliss, they had embraced parenthood for the first time. For the unversed, it was on