Radhika Pandit posted a video of her son, Yatharv pointing at a frame of his star parents’ photograph and soon his big sister, Ayra joins him. Ayra helps him identify mumma and dadda in the picture. They aren’t our parents, but hold an equal significance and importance in our lives. Our role models, who balance the fun and strict side since childhood and, protect and care for us like no one else. They are our elder siblings, who teach us socialising, help us in your academics, set an example for us and are always there as our guiding light in the tunnel of life. Life wouldn’t be as exciting and happy if it weren’t with our siblings by our side. Naveen Kumar Gowda, often known by his stage name Yash and actress-wife, Radhika Pandit’s youngest child, Yatharv is one such lucky tot to have an elder sibling in the form of his sister, Ayra. (Also Read: Esha Deol Gives A Glimpse Of Radhya Takhtani And Miraya Takhtani's Artwork And It's Super-Impressive)

It was in 2018 when Yash and Radhika Pandit had embraced parenthood for the first time with the arrival of their daughter, Ayra and since then, their social media profiles were flooded with glimpses of what she means in their lives. From her carnival-themed first birthday bash, feeding food to her daddy, daily routine of her angel to how the little one had made every occasion extra special for her star parents, it looks like Ayra has grown up in front of our eyes, all thanks to frequent updates on her parents’ social media profiles. In 2019, when Yash and Radhika welcomed their second child, a son Yatharv and Ayra became a big sister, the doting parents leave no chance to give glimpses of their sibling bond to their fans. And September 23, 2020, is no different! 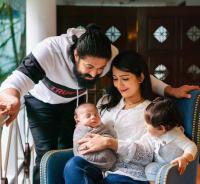 Radhika Pandit posted a video of her son, Yatharv pointing at a frame of his star parents’ photograph and soon his big sister, Ayra joins him. As Yatharv pointed on Radhika’s picture, Ayra told him that she’s his mumma and when he pointed at Yash’s picture, the little one told him that he is dadda. The proud mommy, Radhika captioned the video as “When the student becomes the teacher, my job is done #radhikapandit #nimmaRP.” But by the end of the video, little Yatharv’s attention shifts to what Ayra has in her hands and he wants that.

On August 24, 2020, Radhika Pandit had clarified on her IG handle that her son’s name is not Ayush and soon they will be making a major announcement regarding the same. The day finally came when Yash and Radhika had finalised and announced the name of their second-born. Sharing a picture from their little munchkin’s naamkaran ceremony, Yash had captioned their family portrait as “Happy to see that all of u liked the name 'YATHARV' For all of u asking for the meaning it means 'Complete' We have coined this name as a combination of our names YR and Ayra! Special mention to our dear music director @ravibasrur who has yet again gifted us with a lovely song, @santhoshvenkysinger who has sung so beautifully and #Narthan who has penned the lyrics with so much love.” (Also Read: Shilpa Shetty's Gift For 7-Month-Old Daughter Samisha Shetty Kundra Is All About Preserving Memories) 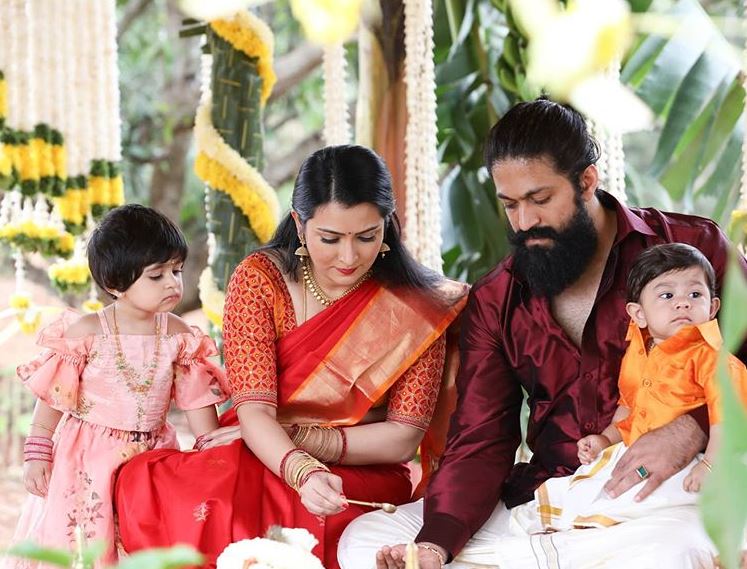 After teasing their fans with glimpses of their second-born, Yash and Radhika Pandit had finally delighted them with the little one's first-ever picture. When Yatharv had competed 6 months, Radhika and Yash had posted the first picture of their baby boy and had captioned it, “Presenting the apple of my eye, the rainbow of our family… and sure to be Mama's boy our lil Junior. Do give him all your love and blessings!!” and “Say hello to my little buddy for life. Do give him all your love and blessings” respectively. 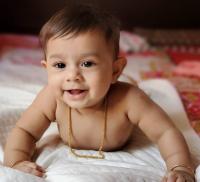 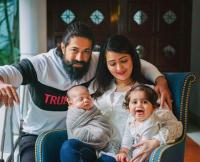 2020 had marked to be the first Raksha Bandhan for Yash and Radhika Pandit’s little bundles of joy, Ayra and Yatharv. Sharing the pictures from the rituals, Radhika had captioned the post as “Their first Rakshabandan. The precious bond between siblings is just priceless!! #radhikapandit #nimmaRP.” While the elder sister had looked pretty in a yellow and pink coloured suit with purple bangles, the little one had looked adorable in a white kurta. Ayra tying rakhi to Yatharv was a sight to behold and the pictures had spoken volumes of their love for each other. (Also Read: Kajol Flaunts Her Love For Sarees As She Turns Muse For 'Another In-House' Photographer, Nysa Devgan) 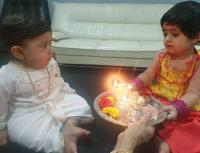 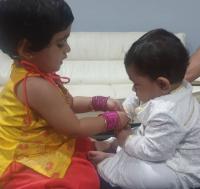 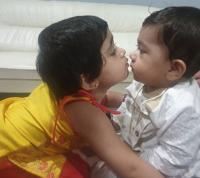 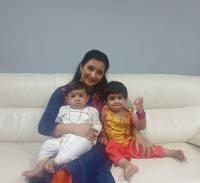 Isn’t this video of Ayra helping her baby brother, Yatharv identify mumma and dadda, cuteness overloaded? Much love to the little munchkins!