Arpita Khan Sharma is holidaying in Dubai with her little munchkins, Ahil and Ayat. On November 30, 2020, Arpita shared a glimpse of her baby boy, Ahil's bowling skills.

Motherhood is a journey where a mother gets to learn a lot of things. She understands her superpowers, and juggles between her work and kids. It is the mother, who not only nourishes her little one with nutritional food but also imbibes good values in them. One such mother is Arpita Khan Sharma, who dotes on her little munchkins, Ahil Sharma and Ayat Sharma. From birthdays to vacations, Arpita makes sure to treat her fans with adorable pictures of her little cuties. (Also Read: Ayushmann Khurrana Calls His Father-In-Law 'Most Handsome' On His Birthday, And We Can't Argue That)

The nation had witnessed the biggest and star-studded wedding of Salman Khan’s sister, Arpita Khan with Aayush Sharma (son of former Power Minister of Himachal Pradesh, Anil Sharma) on November 18, 2014. The duo had tied the knot at the Taj Falaknuma Palace in Hyderabad, which was attended by the who’s who of the glamour, political and business world. On March 30, 2016, Arpita and Aayush had embraced parenthood for the first time and had welcomed their baby boy, Ahil Sharma. And on December 27, 2019, the lovely couple had completed their family with the arrival of their little princess, Ayat Sharma.

Aayush Sharma's Daughter, Ayat Sharma Is Already A Poser, She Flaunts Her New Sunglasses With Swag 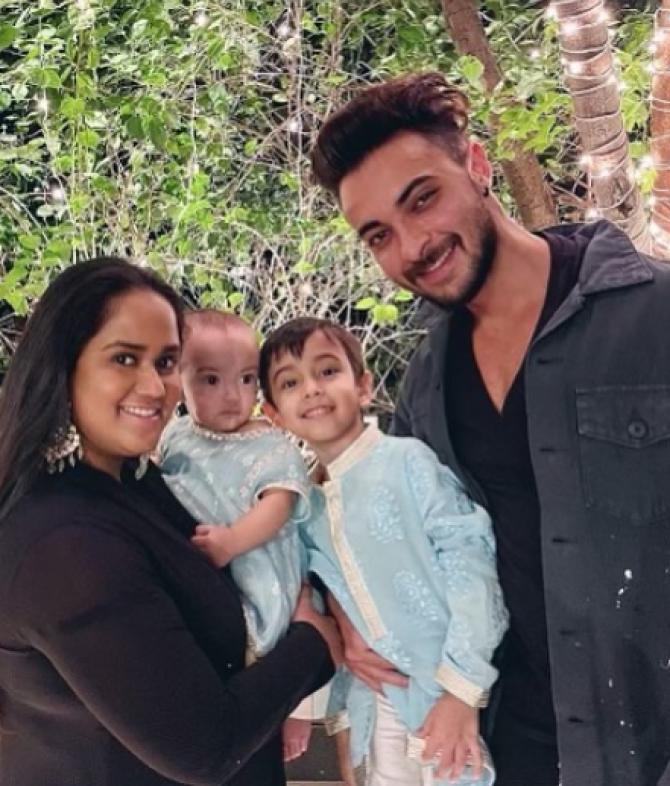 Arpita Khan Sharma is holidaying in Dubai with her little munchkins, Ahil Sharma and Ayat Sharma. The doting mother has been sharing glimpses of her Dubai diaries. On November 30, 2020, Arpita took to her IG stories and gave a glimpse of her baby boy, Ahil’s bowling skills. In the videos, Ahil looked adorable as he picked the heavy ball before aiming his shot, while mommy, Arpita guided him.

Ahil Sharma loves imitating his daddy, Aayush Sharma and we have proof of the same. On November 2, 2020, Aayush had taken to his IG stories and had shared a collage of pictures with Ahil. The first was a monochrome picture of Aayush with Ahil when he was a baby and the second picture was a recent one, in which he had posed exactly like his daddy. Aayush had written, “From wanna be cute to wanna be cool” atop the picture. Arpita had shared the same picture of her IG handle and had written, “No love is greater than that of a father for his son - Dan Brown @aaysharma.” (Also Read: Twinkle Khanna Trolls Her Mother, Dimple Kapadia's Cooking Skills By Praising Her Acting Prowess) 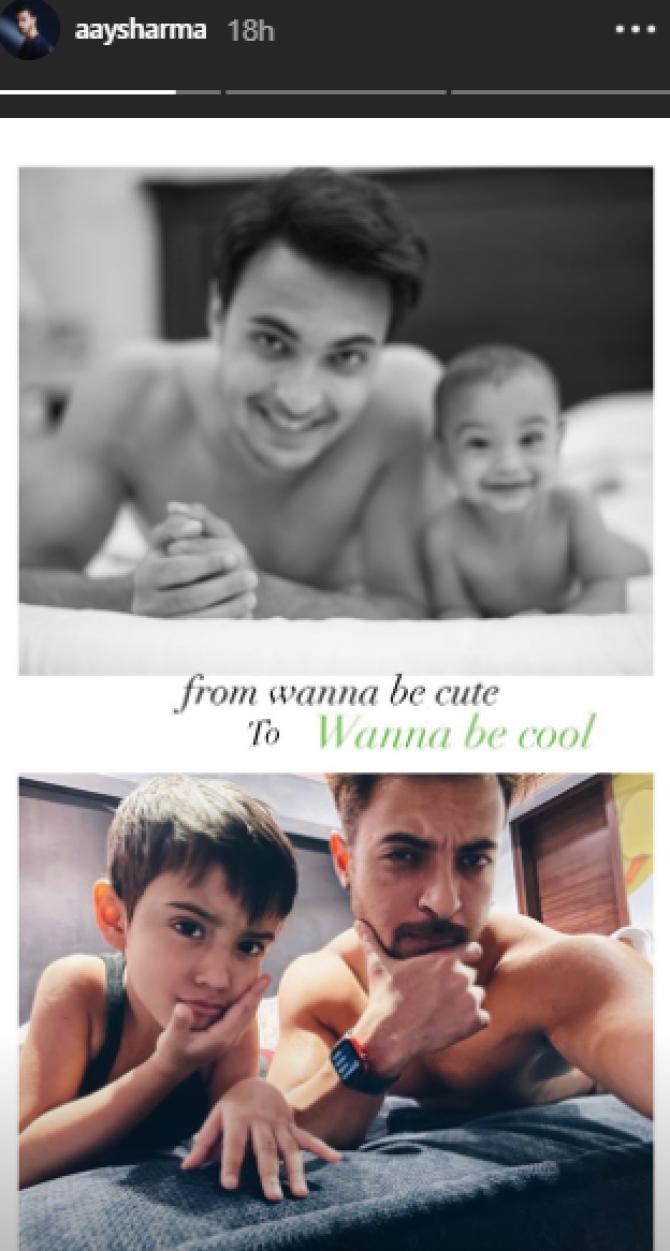 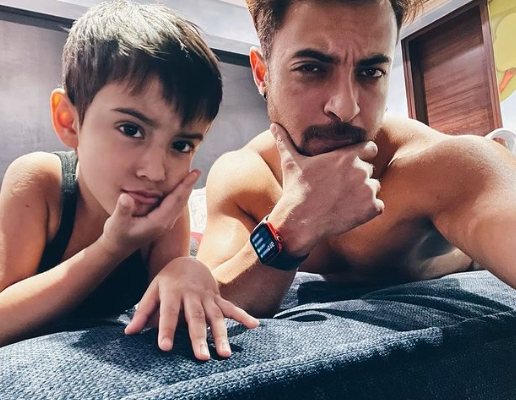 On March 30, 2020, Ahil had turned 4 and his mommy dearest had penned the sweetest wish for him. Sharing a cute picture of her baby boy, Arpita had written, “Ahil I don’t have words to describe you & the journey we have been blessed to have with you in these 4 years. You are truly a blessing for me, you taught me what unconditional love is, you taught me how I can love you more then myself.You only know how to spread love & happiness all around you. May you always be loved & blessed your truly special to all of us. Happy Happy birthday handsome . Love you forever.” 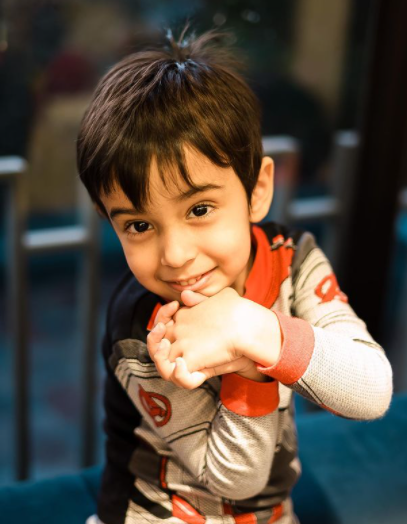 Aayush Sharma and Arpita Khan Sharma often share adorable pictures of their little ones and February 2, 2020, was no different. Aayush had taken to his Instagram handle and had given a pleasant treat to all his fans as he had posted a drool-worthy picture of his wife, Arpita cuddling their tiny tots, Ahil Sharma and Ayat Sharma. While Ayat had looked beyond cuteness in her onesie and had twinned with her mother in white, her brother, Ahil, like a true poser was seen giving a peck on his momma’s cheeks. Along with the picture, Aayush had written, “Happy faces.” (Also Read: Hardik Pandya And Natasa Stankovic's Son, Agastya Turns 4 Months Old, Actress Shares B'Day Pictures) 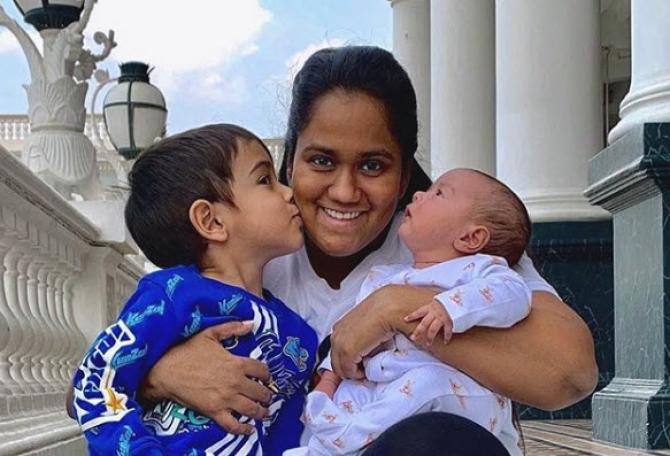 What do you think about Ahil’s bowling skills? Let us know. 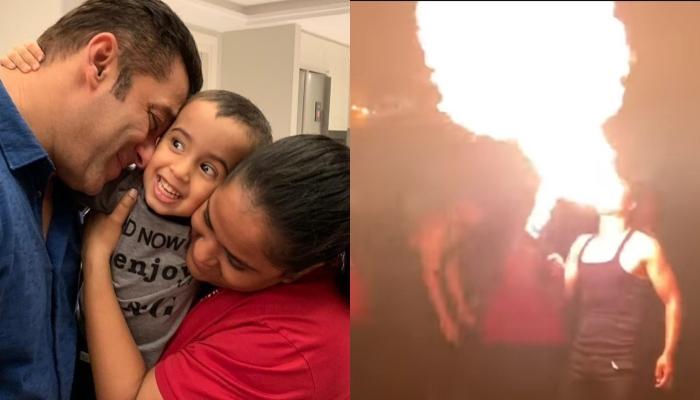