Arbaaz Khan and his long-time girlfriend, Giorgia Andriani were present at Baba Siddique's Iftar party along with Arpita Khan Sharma. Checkout a moment between the girls in this video.

Touted as one of the most successful Indian directors and film producers, Arbaaz Khan is high on life these days. With many prestigious awards in his kitty, Arbaaz has never stopped impressing the audiences. The 51-year-old director-producer is currently dating an Italian model, Giorgia Andriani. He was earlier married to Malaika Arora before they ended their 18 years of marriage in 2017. (Also Read: Ayushmann Khurrana Reveals What Led To The Troubles In His Marriage With Tahira Kashyap In The Past) 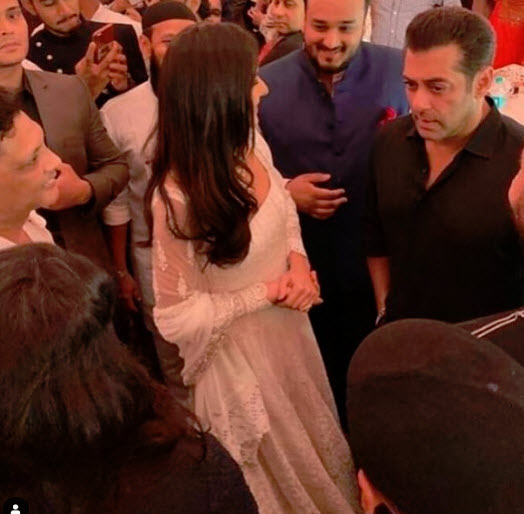 Amongst these were Arbaaz Khan’s sister, Arpita Khan Sharma and his girlfriend, Giorgia Andriani. Giorgia looked every bit of glamorous in a white Indian lehenga-choli, with a deep neckline. Along with the same, she chose to wear a beautiful pair of earrings and kept her hair open. Well, as per a SpotboyE report, the deep neckline of Giorgia’s blouse didn’t go fine with Arpita and she asked her to pull down her dupatta. She was probably unaware of the religious gathering, customs and dress code, wherein the concerned sister-in-law had intervened for an advice. Checkout the video of the girl-to-girl moment:

The Times of India had earlier reported, “While most B-town stars keep mum about their love life, Arbaaz has let the cat out of the bag, stating he has dated women in the past and has had relationships with a few that ended faster than he expected. But Khan admitted that he is dating and doesn’t want to rush about anything. While saying that he didn’t know where this relationship with Giorgia is headed, he pointed out that everyone else seems to know.” (You May Also Like: Ananya Panday Reacts To Link-Up Rumours With Crush-Turned-Co-Star Kartik Aaryan, Says 'I Am Happy') In an interaction with Deccan Chronicle earlier, Arbaaz Khan confirmed dating Giorgia and was quoted as saying, “If I had to hide my affair, I would not have brought it in open. I unhesitatingly admit that Giorgia is there in my life at this point in time. Somebody who I have at his time in my life is a friend who I am also dating. Where it is going to go? Only time will tell. Yes, undoubtedly, we are together.” 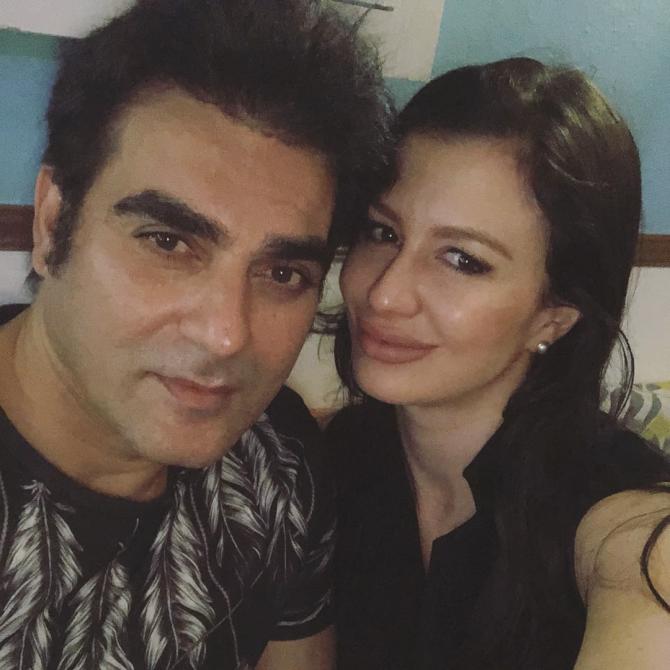 Further, sharing how she had brought positive change to his life, Arbaaz had retorted, “When you are living alone then you tend to take life casually. You can either change for the better or probably for the worst. You can get addicted to a bottle or you may think that there is nothing left in your life. Fortunately, I was not in that mindset and my partner encourages me to remain positive and go ahead in life.” And had further gone on to talk about his past few years, given the divorce. Arbaaz had stated, “There was a time when I needed to be worried and now it’s over. Whether you forget or forgive, whatever scenario you may choose, you have to move on.” (Checkout: Sushmita Sen Gave Daughter Renee An Envelope With Details Of Her Real Parents, Here's Her Reaction) 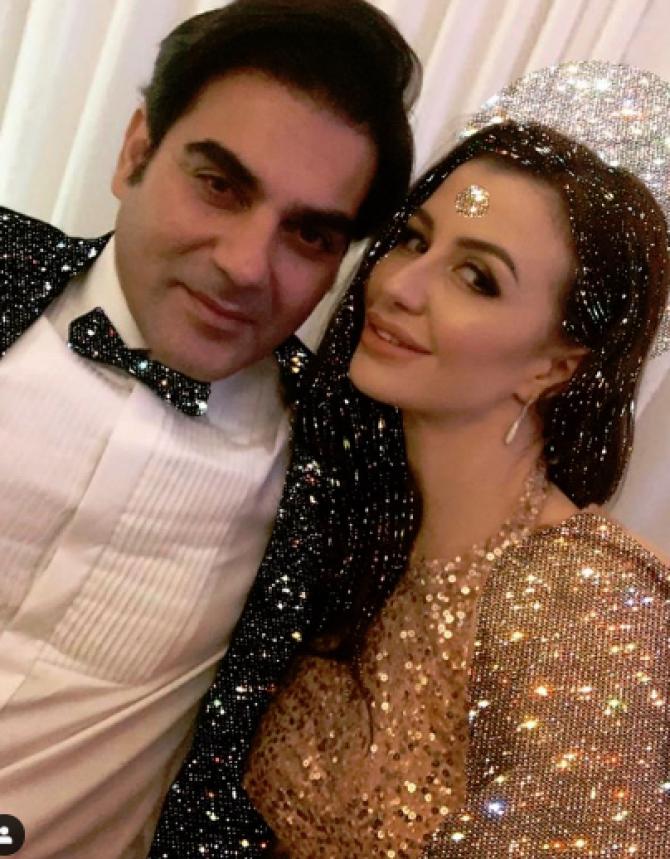 When Arbaaz had gotten divorced from Malaika Arora, he had told the IANS, "I am in a good space at this point in time. Everybody has their scenarios, challenges, ups and downs, happiness and disappointments. I am not saying that any of those are completely washed away. There will always be a sense of things you want to achieve, where you want to be, a sense of disappointment, a few regrets here and there. Those are always going to linger. How you cope with them and how you move on is what your life is about. Right now, I am in a better space because I am able to cope with whatever challenges are thrown at me." 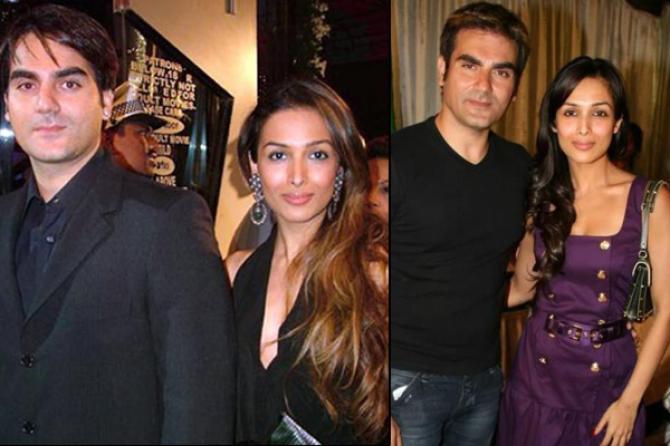 He had further added, “I do depend on people. I am dependent, and I don’t know anybody who is not, but people like to believe they do not need anybody for anything, it’s not true. Everybody needs somebody for some reason. Coming back to my relationship, I had come to a stage where I needed Malaika in my life.” (Also Read: Ekta Kapoor On Her Motherhood, Says It Took Her 7 Years To Take The Responsibility) 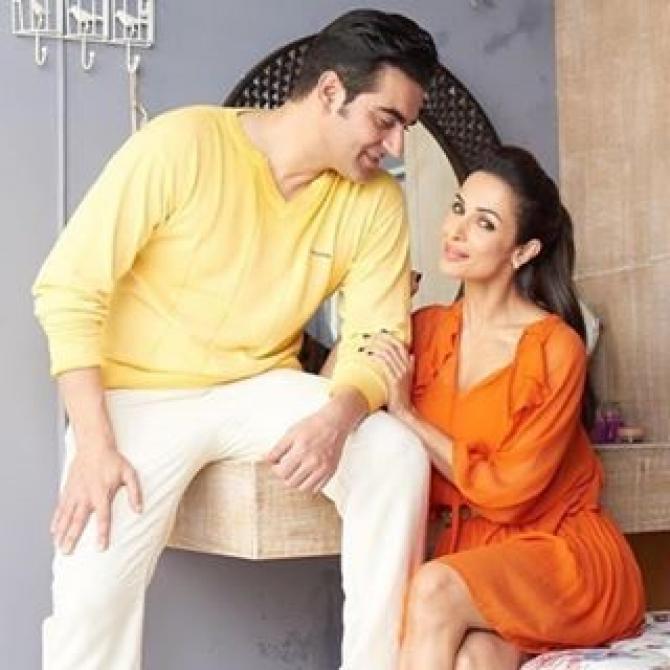 In the same interview, he had gone on to share if Malaika has become his habit, “No, not in a negative way. Needed her in a way like you need water. It’s not whether you like it or not, you need it, like air. If I don’t get it, I’ll die. So, there comes a point in your life that somebody in your life — your parent, brother, sister or colleague — you need them like that and you should never look at anyone like that. You give someone the importance that they become so valuable in your life. Imagine somebody taking water or oxygen away from you, how would you feel? That’s almost what I felt for a while. Of course, you get used to it. Life goes on, you move on, and you have to make sense of what’s happened, and you somehow find that. You cannot always get answers."

What do you guys have to say on Arpita’s reaction to Giorgia’s wearing? Do let us know!