Kapoors are known for their unity and bonding within the family. Today, Arjun Kapoor shared an unseen picture of the Kapoor siblings having a gala time and chilling with one another.

No family is perfect, they argue, they fight, they don’t even speak to one another for days but in the end, they share a close-knit bond among themselves. No matter what our situation is and how bad we are stuck in it, our family members will always be by our side to protect us, guide us, motivate us and support us. Whenever we feel lonely, stressed out or we are in some sort of problem, all we want is to go home, discuss it with our family and feel relaxed. Family members are always our mood lifters, who never let us have a bad and gloomy day. (Recommended Read: Unseen Picture Of Shloka Mehta And Akash Ambani In Sabyasachi Outfits From Pre-Wedding Function)

The Kapoors are exemplars of a perfect family. From standing by each other's side to pulling one another’s leg, the Kapoor siblings always manage to give #SiblingGoals! When Sridevi ji had passed away in February 2018, we saw the Kapoors coming together and supporting her daughters, Janhvi Kapoor and Khushi Kapoor. The entire Kapoor clan was spotted at Boney Kapoor’s residence to bestow their support to the family. The family celebrates every occasion together, be it birthdays or festivals. 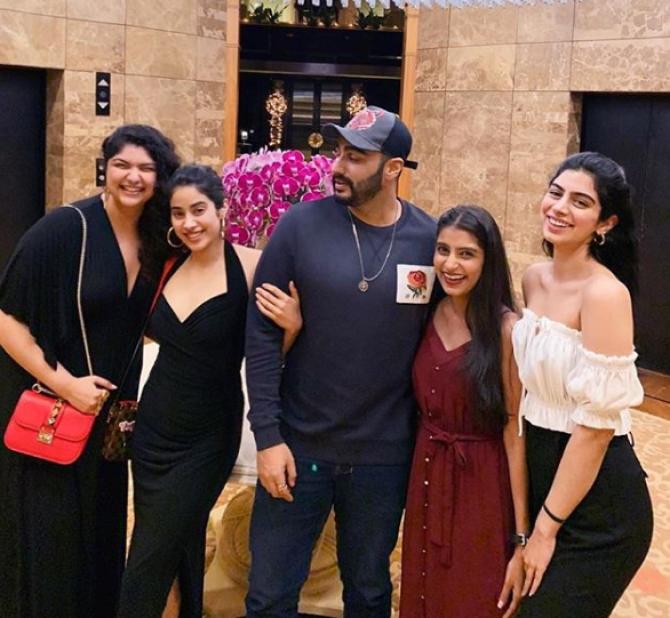 On December 31, 2019, Arjun Kapoor took to his Instagram stories and shared a glimpse of how the Kapoors get together and enjoy their ‘us’ time. A few days back, the Kapoors had celebrated Arjun’s sister, Anshula Kapoor’s birthday and it was attended by all the siblings. Arjun shared an inside picture from the celebration, in which everyone could be seen engrossed in some talks. Arjun shared a picture where he teased Janhvi, Anshula, Maheep, Shanaya, and Jahaan Kapoor and made fun of them. Showing an arrow at Janhvi, he wrote, ‘she is promoting ghost stories’ as she was sitting on a sofa wrapped in a bedsheet. Further, he showed an arrow towards his cousin sister, Shanaya Kapoor and wrote she is not understanding what Maheep and Anshula are talking about. (Suggested Read: Shweta Tiwari, Single Mom, Reveals If She's Open To Falling In Love Again After Two Failed Marriages) At an event, Janhvi Kapoor had talked about the equation that Boney Kapoor's kids share among themselves. She was quoted as saying, “The only reason we can stand strong after whatever happened is because of the kind of love and support Arjun bhaiyya and Anshula didi [half-siblings] have been giving us [she and her younger sister, Khushi]. It’s a family dynamic that I relish. I am very thankful for them. I couldn’t have asked for a better brother and a better sister. They have given us a lot of strength. He is a very wise man and has given tips like, ‘just be honest, be yourself and be respectful towards people.’ Somehow, when he says it, I take it like the gospel truth.” 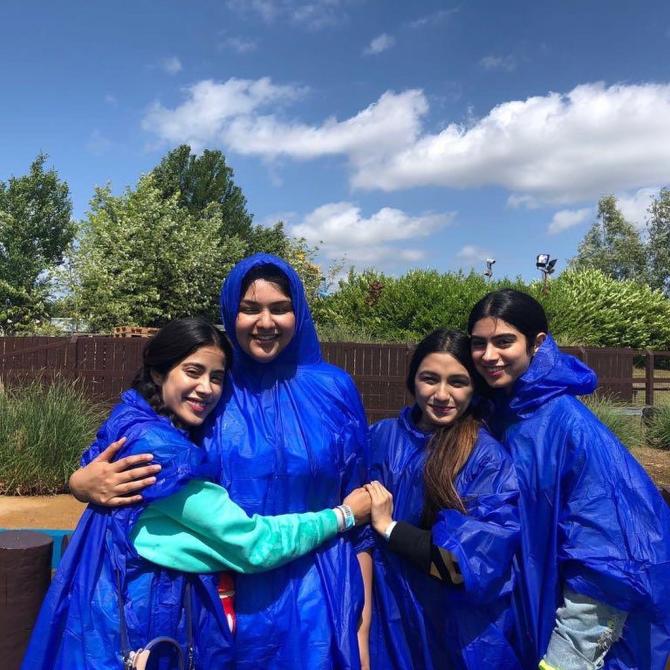 Arjun Kapoor had also talked about his new-found relationship with his half-sisters, Khushi Kapoor and Janhvi Kapoor in an interview with CineBlitz. He had shared, "Where my sisters are concerned, and the bond that all of you have been able to witness for the last year, and the evolution of it, I think it is still a continuous process on a daily basis. There is a discovery of each other and we are at a very nascent stage in that. When you are 32 and you have two new people enter your life, you also have to give it time." (Must Read: Rohman Shawl's Comment On Ladylove, Sushmita Sen's Workout Video Is Winning Hearts) 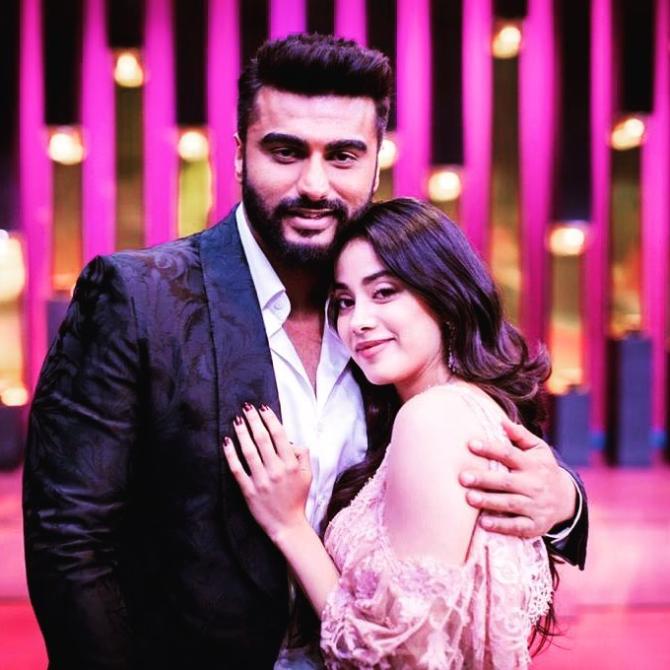 We love the bond that the Kapoors share among themselves! We always say that a child’s behaviour and nature somewhat get affected by the kind of siblings he/she has. A bond between a brother and sister doesn’t need any kind of special mention, the name is enough for everyone to guess that the bond is filled with love, care, support, laugh,