Arjun Kapoor and Anshula Kapoor miss their mother at every juncture. On her eighth death anniversary, Arjun penned down an emotional note for her.

Nobody in this world can take the place of a mother. From nurturing her little ones to imbibing good values in them, a mother does everything for the betterment of her kids. From the moment she holds her tiny one for the first time to all their achievements, a mother celebrates every tiny victory of her little ones. She alienates herself from the entire world and her world only revolves around her children. (Also Read: Anil Kapoor, Sonam Kapoor, Rhea Kapoor, Karan Boolani, Priya Ahuja Wish Sunita Kapoor On Birthday)

The thought of living a life without a mother is unthinkable but for Bollywood’s sibling duo, Arjun Kapoor and Anshula Kapoor, the mere mention of their mother’s name brings tears in their eyes. Arjun and Anshula’s mother, Mona Shourie Kapoor had left for her heavenly abode eight years back and we have seen how Arjun and Anshula miss their mother and share throwback pictures with emotional notes for her. After their mother’s death, the brother and sister had each other’s back and had supported one another through thicks and thins. On their mother’s eighth death anniversary, Arjun shared an emotional note for her. On March 25, 2020, Arjun took to his Instagram handle and shared a throwback picture of himself and his sister, Anshula with their mother, Mona Shourie Kapoor. Along with the picture, he penned an emotional note for her, which can be read as “I wish I could be at home like this today would have felt safe & maybe even smiled more than anyone has ever seen me smile. It’s been 8 years today since you left us Mom... the world has come to a standstill now but mine and @anshulakapoor s world was shattered when u left forget standing still.... we have tried to pick up the pieces some days are tougher than others though... I’ve managed to survive 8 years of being an actor & a working individual she’s also started her own business with @fankindofficial!” 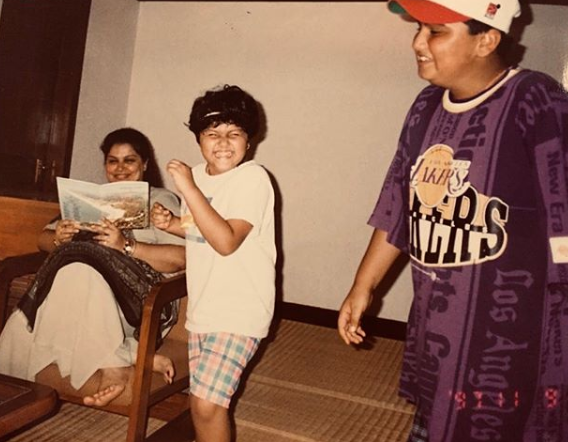 His note further read as “Anshula more or less runs the house and I run to her if I need something in the house or in life... the world has changed Maa right now in this moment I wish I had you at home would have spent so much time with u that I couldn’t when I was trying to lose weight do my acting classes and when I was away shooting ishaqzaade during ur chemotherapy... would have tried to make up for the nonstop sprinting that I would have been upto and maybe taken u for granted... I love u Maa I miss u Maa... I miss having ur name show up on my phone to check up on me... I just hope wherever you are you are happy and watching over ur 2 brats.” (Also Read: Divyanka Tripathi Channels Her Inner Chef And Impresses Hubby, Vivek Dahiya With Her Delicacies)

On Mona Shourie’s seventh death anniversary, Arjun had shared a note on how he missed her at every juncture of his life. His post could be read as “You were my smile & I hope wherever you are I make you smile still... it’s been 7 years since you left us & all your son is asking you is come back na, please.” Anshula Kapoor too had posted an emotional message for her. The same could be read as "Time changes nothing. Love you & miss you everyday Ma. 7 years since we’ve felt your hugs, heard you laugh or held your hand. Already feels like eternity, but gotta keep on keepin’ on, gotta make you proud everyday, gotta keep feeling your love with every heartbeat of our own #AlwaysAndForever." 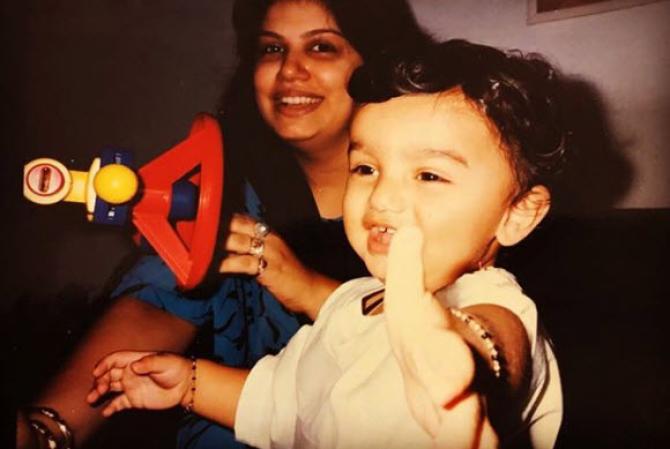 On January 26, 2020, Anshula had taken to her Instagram handle and had shared an unseen picture of herself with her mother, Mona Shourie Kapoor. Along with the picture, she had written a heartfelt note on how terribly she misses her mother. Her note can be read as “Miss you Ma. All I have is our memories together, but some days I wish you and I had more pictures together too. A visual catalogue of your smile, the love in your eyes. An image of you hugging me extra hard like you always did. Maya Angelou said it best “In all the world, there is no heart for me like yours.” Because there really isn’t Ma. Could really use one of your special smiles today.. #AlwaysAndForever.” (Also Read: Nehha Pendse Celebrates First Gudi Padwa Post-Wedding With Hubby, Shardul, Shares Twinning Pictures) No one can fill the void in Arjun and Anshula’s life. We pray for their strength and happiness. 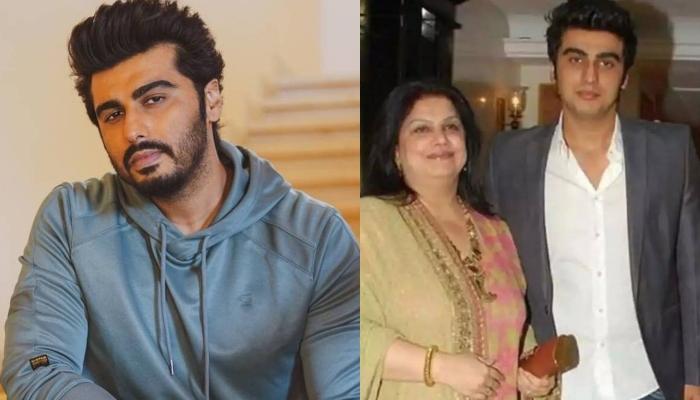 Bollywood actor, Arjun Kapoor is the son of film producer, Boney Kapoor and his first wife, late Mona Shourie. The two had tied the knot in 1983, and have two children together, Anshula Kapoor and Arjun Kapoor. However, in 1996, Boney had married the late actress, Sridevi, souring the relations with