One of the famous and the most loved couple, Virat Kohli and Anushka Sharma tied the knot in a secret wedding in Italy. They walked down the aisle and decided on forever on December 11, 2017. And this was truly a pleasant surprise for not only Virushka (as their fans fondly call them) fans, but for one and all. They looked super-hot together and made a stunning bride and groom.

Ever since the two became one officially, their wedding videos and pictures are going viral. We just can’t stop swooning over them. And yet again, we have another very adorable and lovely video of the two, which is going viral on the block. Yes, the lovely couple could be seen grooving and raising the temperature on the song Mere Rashke Qamar. They just nailed it like always. Check out the video here:

ALSO WATCH: Neha Kakkar Is Madly In Love With Himansh Kohli, Kisses Him On Kiss Day In An Instagram Story

Now, this is what we call a couple performance, no? Moreover, the way they announced this happy news of their wedding was also a little hatke. Both of them shared pictures from their wedding and captioned them this, “Today we have promised each other to be bound in love forever. We are truly blessed to share the news with you. This beautiful day will be made more special with the love and support of our family of fans and well-wishers. Thank you for being such an important part of our journey.” Everything was well-planned and was like a dreamy affair. 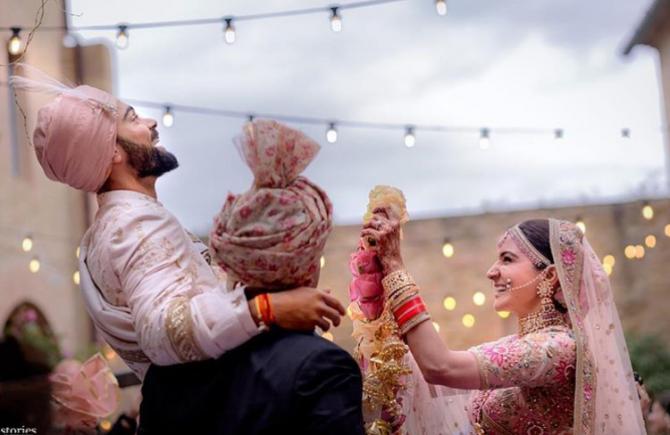 For the unfamiliar, Virat and Anushka love chronicle is no less than a fairy-tale and their wedding was way more than that. The two met on the sets of an ad shoot, hit off instantly, dated for a while and became soulmates for life and beyond. People just love their chemistry, their understanding and the respect that they have for each other. And it is absolutely fair to say that the two give awesome couple goals. 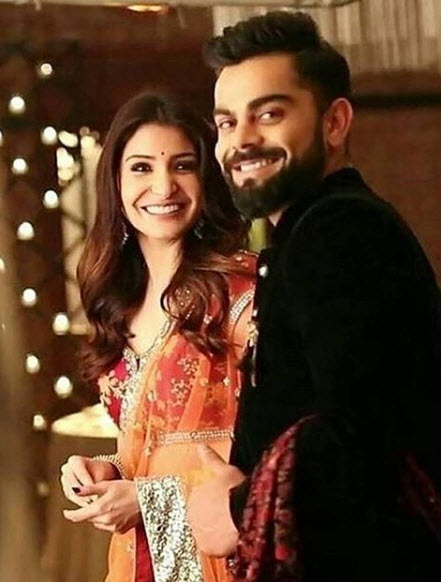 Anushka in an interview earlier with NDTV opened up about her doting beau and said, "He's my very, very good looking arm candy." And Virat in one his interviews with a leading daily said, "She is a lovely and simple person and she is as honest as well just like I am. And that is what I love about her the most. That is my biggest attraction towards her." Talking about his special moments with Anushka, he said, “I was in Mohali and there was a test series going on. I was with Anushka then, she had come to visit me. Surprisingly, when I was made Test Captain, then also she was in Melbourne with me. That was a very special moment we shared together.” He further went on to say, "During the Mohali incident, they had spoken to me already. When I hung up the phone and told her, for me it was like a flashback. From the moment I started playing in my academy till the Mohali game. I was emotional, I was in tears because I had never thought that I will see this day. What was more beautiful was that, I was able to share it with Anushka. It was something that I will always remember."

Well, we just adore this couple and they are seriously worth it. We wish only the best for Anushka and Virat!

NEXT WATCH: Mouni's Dance On 'Kajra Re' Is Giving Tough Competition To Aishwarya Rai Bachchan On December 11, 2017, the Indian cricket captain, Virat Kohli and Ae Dil Hai Mushkil actress, Anushka Sharma got married in Tuscany, Italy in a private affair among close friends and family. As soon as the pictures got online, the internet was taken by storm. Recommended Read: Rohit Sharma Gives The Best Gift