Anushka Sharma and Virat Kohli surprised everyone by tying the knot in a secret ceremony on December 11, 2017, in Tuscany, Italy. The two have been very strongly giving some serious relationship goals and they are not going to stop anytime soon. With each passing day, their love for each other is only increasing heaps and bounds, and this is what we wish for this lovely couple. (You May Also Like: Sushmita Sen's Beau Rohman Shawl Cried When Alisah Wins Race, He Also Participated In Father's Race)

Virat and Anushka are now one amongst the ardent social media users. The couple loves to update their social media handles with their mushy pictures. For the ones who don’t know, Virushka (as their fans fondly call them) are currently enjoying in New Zealand. Yesterday only (February 1, 2019), Virat shared a dreamy snap with Anushka wherein the couple could be seen striking a romantic pose together. Captioning it straightforwardly with a heart emoji, Virat and Anushka were drowned in each other’s eyes, giving couple picture goals to others. And now, Anushka has given us a sneak peek from their New Zealand vacation. She shared the below ‘buddy kind of a picture’ with Virat and captioned the snap as, “Best friend forever,” followed by a heart emoji. Here’s the lovely click: 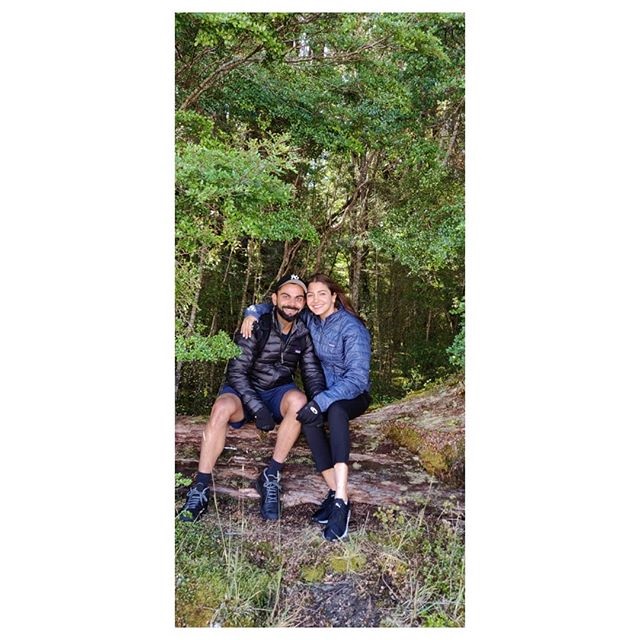 A few days back, Anushka attended Australian Open match and shard a picture with her hubby dear from the court. Along with the same, she wrote, “Beautiful sunny day at tennis with this beautiful sunny boy #AustralianOpen #ausopen”. 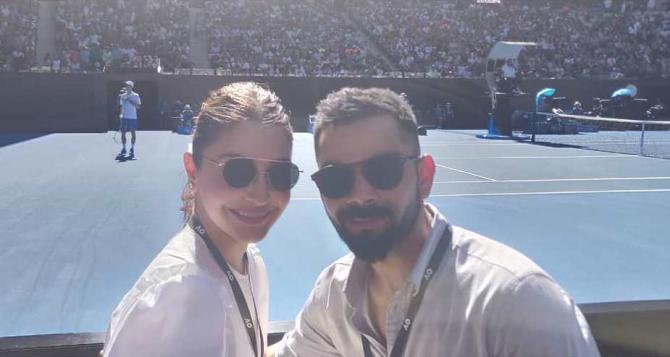 In an interview with Elle India, Anushka opened up about her life post-marriage with Virat. The Sui Dhaaga actress was quoted as saying, “Marriage doesn’t feel different. Virat and I have been working around the clock, we hardly spend time together, we both have very hectic lives.” She further added, “So, we are living in a house and we have spent barely any time in it. For us, home is, like, wow! It’s a vacation.” (Checkout: Virat Kohli Gives A Sneak Peak Of His New Zealand Vacation, Shares A Mushy Picture With Anushka) 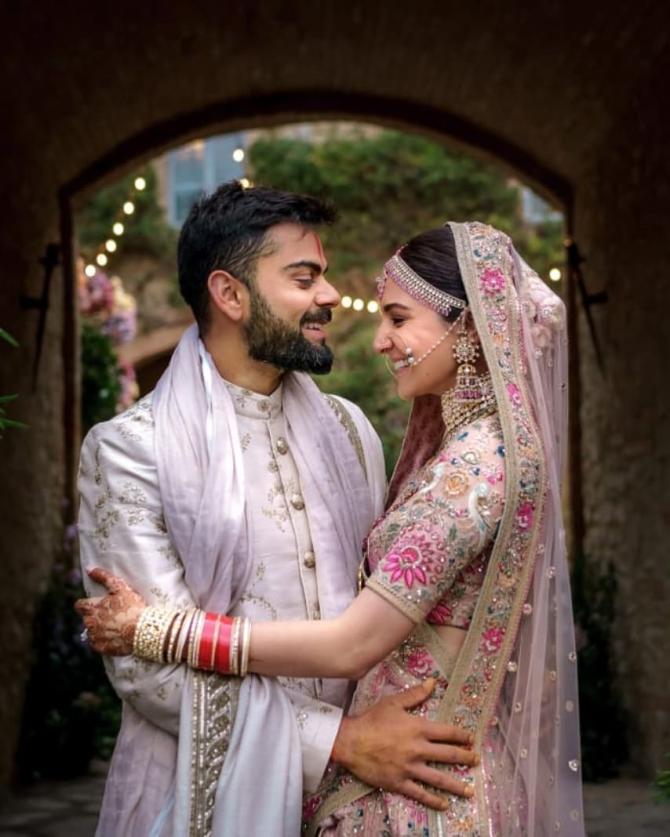 In another interview, the doting wifey, as well as a passionate actress, was quoted as saying, “I have zero time to do anything other than working. The past three years, I’ve been shooting back-to-back and releasing movies. In the past couple of years, whatever work you’ve seen of mine, you can tell that there has been a range that I’ve tried to achieve. And it has been so consuming that I’ve not had time for anything else. So whatever time I get to unwind, I like to spend it with my family." 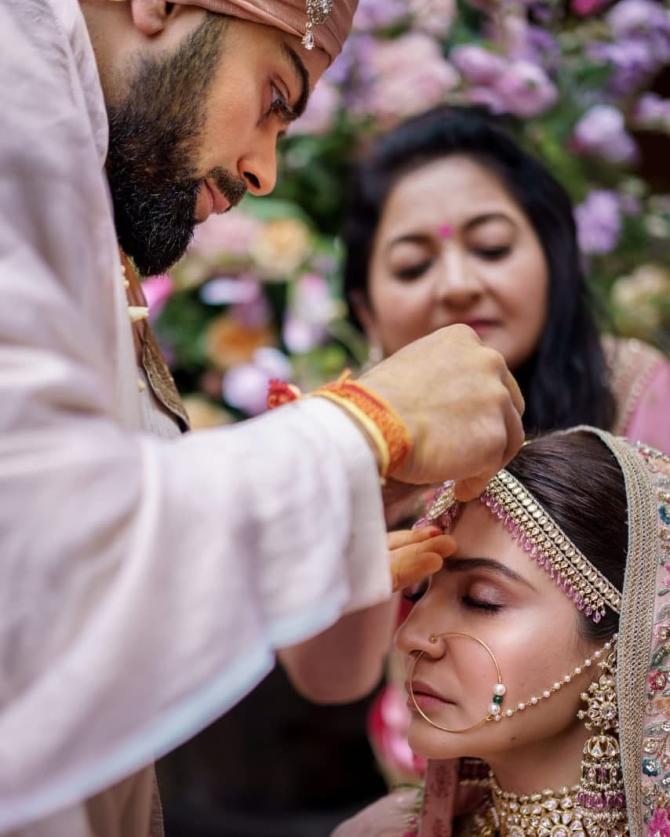 Also, in an interview with Filmfare magazine recently, Anushka unveiled one quality of Virat that she likes the most. The Zero actress had stated, "His honesty is something I deeply value. I’m an honest person and have suffered on account of that. He’s brutally honest too. I’m so happy that I met someone like him because we both lead our lives with complete honesty. It’s so transparent and clean." (Also Check: Anand Ahuja Shares A Cute Picture With Sonam Kapoor, Says 'Ek Ladki Ko Dekha Toh Aisa Laga') Further speaking reverently about her hubby, Anushka added, "I have a life partner with whom nothing is pretentious. Everything is real. Also, the fact that we both support each other. He’s someone, who’s constantly trying to get better professionally and as an individual. I’m also like that. We don’t take ourselves so seriously. We’re similar as people. That’s why we get along." 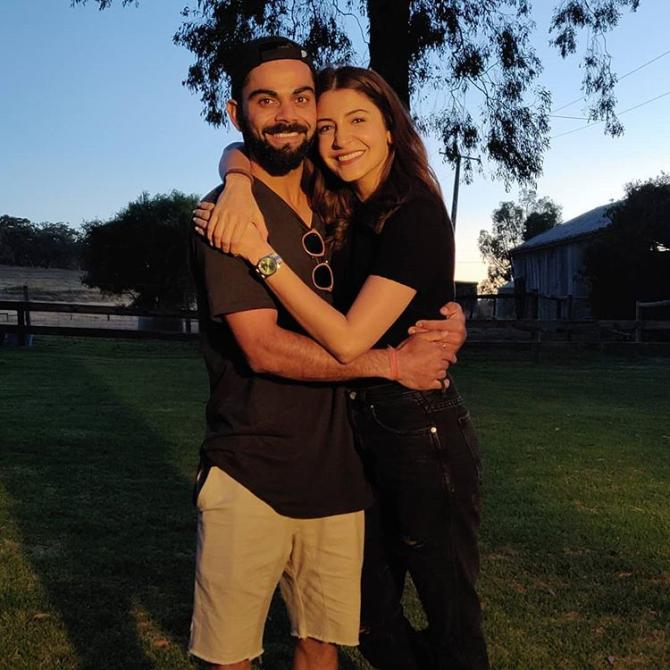 Virat, on the other hand, shared how they manage to keep their life a happy place to be. He shared, "Me and my wife like to do normal things, we just like going around for walks. Last night we were at the Marine parade; full moon, we were just enjoying that sitting on a bench just talking. It’s actually the simplest things that give us a lot of joy." (Don't Miss: Ekta Kapoor Wishes Her 'Boss' Shobha Kapoor On Her Birthday, Says She Has Given Her The 'Best Gift')

Wishing lots and lots of happiness and love for this cutesy couple! 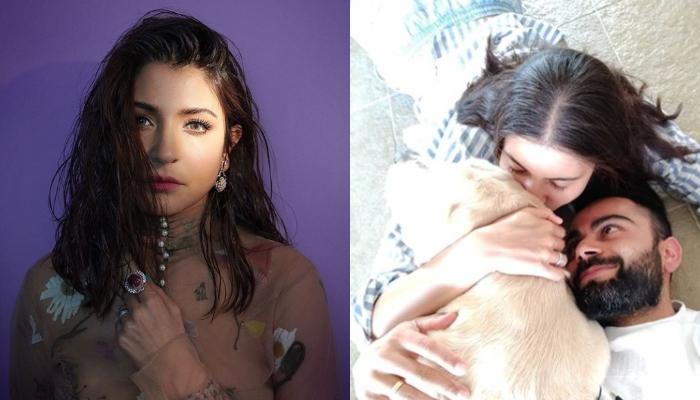 Every day when we wake up, we pray to God to give us strength so that we can endure these trying times at our best and not let the negativity and the gloominess around us, adhere or affect us in any way. It seems someone else needs that strength today