Anushka Sharma and Virat Kohli secretly walked down the aisle on December 11, 2017, in Tuscany, Italy. The lovebirds gave a pleasant surprise to all their fans and it gave a big reason for them to rejoice. Their wedding pictures soon went viral like crazy on the internet that even some of the industry people could not resist their excitement. Anushka and Virat successfully managed to keep their months-long wedding preps under the wraps. (You May Also Like: Taimur Ali Khan's New Year Pictures From Switzerland With Saif Ali Khan And Kareena Kapoor)

Recently, on Koffee With Karan, Sonam Kapoor shared how she felt like when she saw Virushka’s (as their fans fondly call them) wedding pictures. When Karan asked who according to her made the best celebrity bride, she said, “I won’t name any bride as they all looked pretty. But I cried after seeing Anushka getting married. It was one of the weddings I saw.” Sonam’s sister Rhea who was also present on the couch seconded her and shared, “I really liked Anushka. I genuinely felt happy for her.” 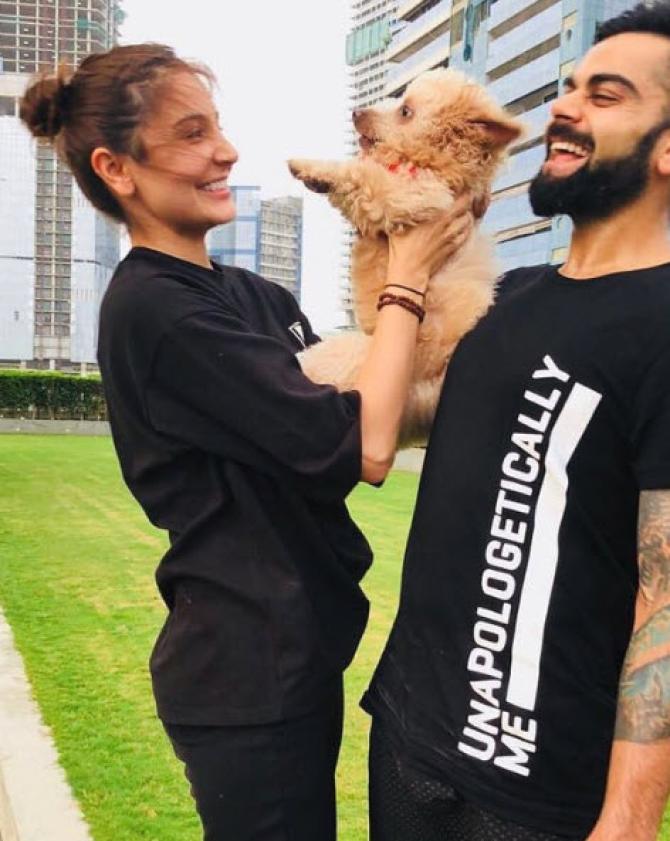 Ever since their holy bliss of matrimony, Anushka and Virat have been posting lovely-dovey pictures on their respective social media handles, giving some major goals to others. And now, yet again, the actress took to her official Instagram handle and shared a lovely picture hugging her hubby Virat. Revealing how her dear hubby makes her feel like, the Zero actress captioned the snap as, “You make me such a happy girl”. Here’s the picture we are talking about: 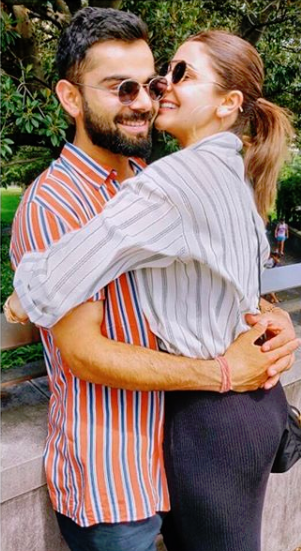 On January 1, 2019, wishing all their well-wishers and fans, Virat took to his Instagram and shared pictures from their Sydney vacation. He captioned the snap as, “Happy New Year to everyone back home and all over the world, all the way from Australia. Have a wonderful year ahead God bless everyone”. (Checkout: Amidst Cancer Treatment, Nafisa Ali Sodhi Welcomes 2019 With Family In Goa, Pics Inside) Anushka was back to work just two days after they tied the knot. Talking about the same, she recently told The Quint, “Work takes up the majority of my time. I was working literally two days before I got married. Got married and then was away for a week with Virat and again came back and started shooting for Sui Dhaaga. So, I have always been working round the clock and back to back, so much so, that this year we have four releases.” The Sui Dhaga actress further added, “Like I was always somebody who understood that categorising is important. That this is my work, and this is my personal life, is very important and I think both of us have managed to do that really well.” 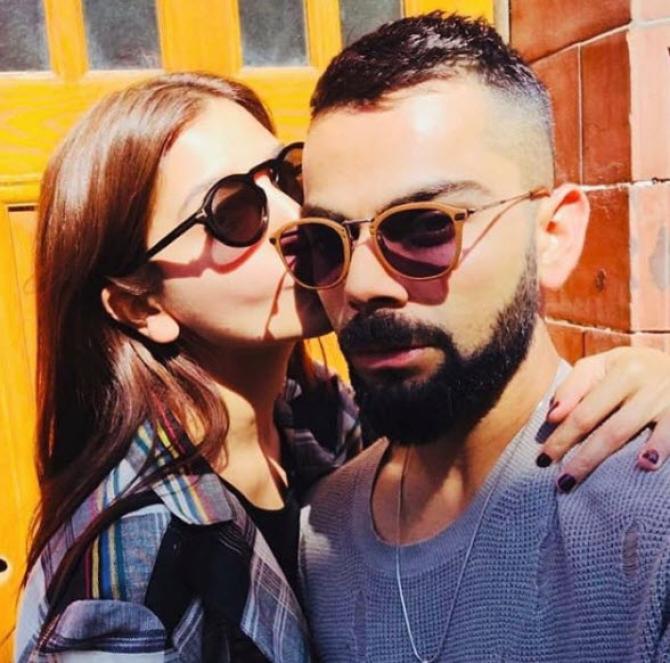 In an earlier interview, Virat had stated that its Anushka who keeps him motivated. The Indian cricket team captain said, “My wife has been keeping me motivated throughout, she deserves a lot of credit for this. She has been criticized a lot in the past, but she is one person who has kept me going throughout this tour and when times have been tough, and I am really grateful for that”. (Do Check: Karanvir Bohra Shares How Vienna And Bella Reacted On Seeing Him For The First Time After Bigg Boss) On the work front, Anushka was last seen in Aanand L Rai’s Zero, co-starring Shah Rukh Khan and Katrina Kaif. Prior to this film, she amazed everyone with her commendable performance in Sui Dhaga, opposite Varun Dhawan.

What a picture, Anushka and Virat! We just adore you more and more with each passing day. Much love to you two!