It’s 20th July today and it’s undeniably a big day for Janhvi Kapoor. Yes, you guessed it correct! Janhvi’s debut, Dhadak is releasing today (and by the time you read this, the film must have hit the silver screen at many multiplexes). Produced under the Dharma Productions banner, starring Janhvi and Ishaan Khatter, Dhadak has been much-awaited for long. (Also Read: Shahid Kapoor's Biological Mom, Neelima Azeem On Her Happiness Being A Grandmother Again)

Yesterday, i.e. July 19, 2018, a special screening of Dhadak was organised for industry friends and family members. The reactions have been positive and everyone is all-praise for Janhvi. Post the screening of the film, on Facebook live chat, when Janhvi and Ishaan were interacting with fans, the 21-year-old actress revealed that the sweetest message that she received was from Anshula didi (Anshula Kapoor). 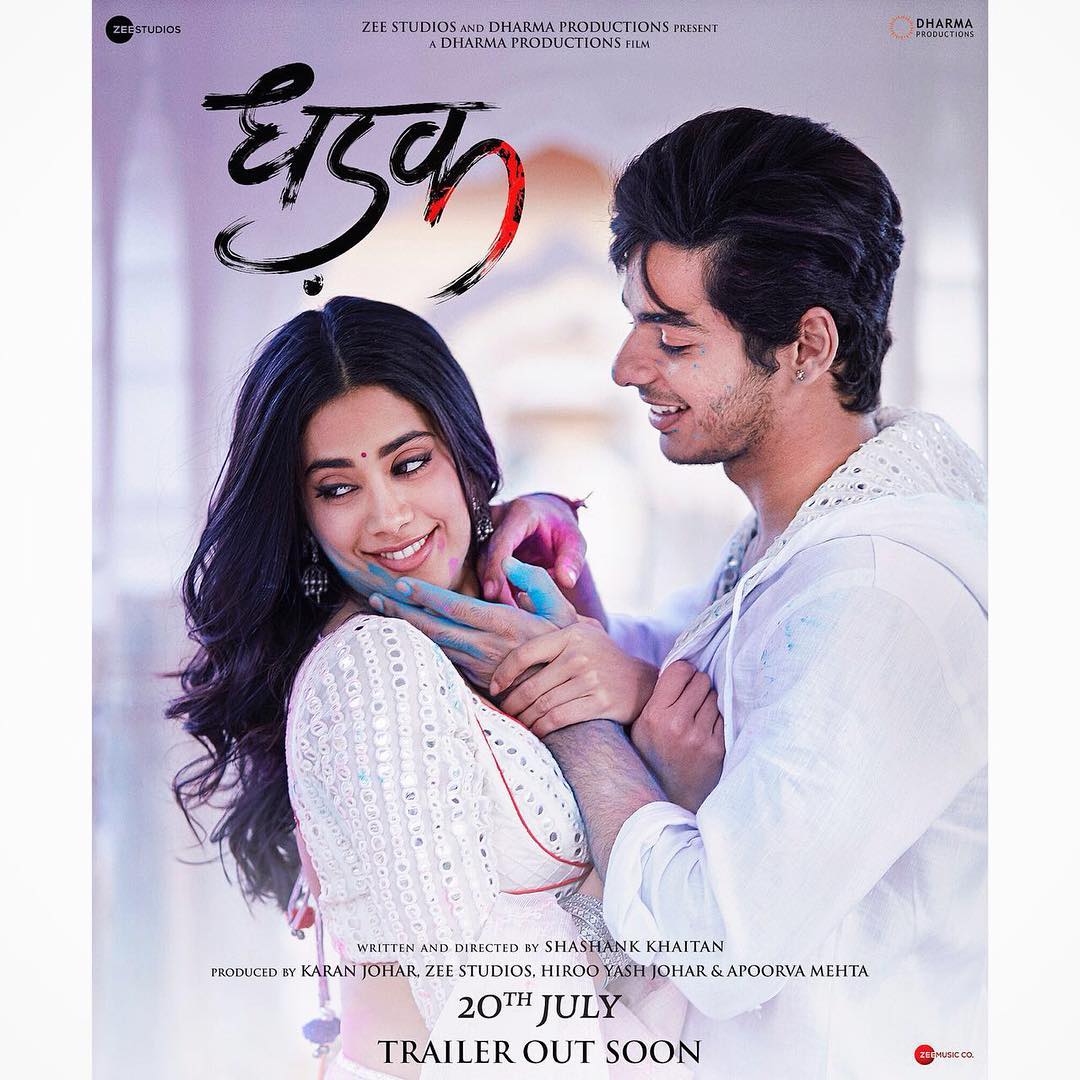 Janvhi was quoted as saying, “The sweetest message I have gotten was from Anshula didi last night. I think that is the most special thing anyone has ever said to me”. The debutant actress didn’t reveal what the message was, maybe it was too emotional and special to be revealed. (Don't Miss: Janhvi Kapoor Would Like To Star In This Sridevi Movie, She Would Not Mind Doing A Male Role As Well) 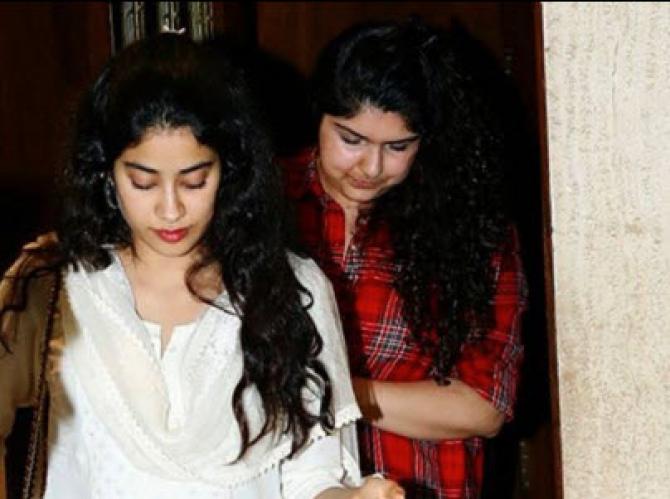 Beyond The Clouds actor, Ishaan Khatter also revealed his special moment and obviously, it had to be his mom. He said, “It is a very big deal for me that my family likes my film. My mother watched the film and told me she liked it much more than she expected. Honestly, after watching Beyond the Clouds, my first film, she was very surprised. With this Dhadak, she is just happy. She is gleeful. She is going to watch it for the third time tonight. That means a lot to me”. 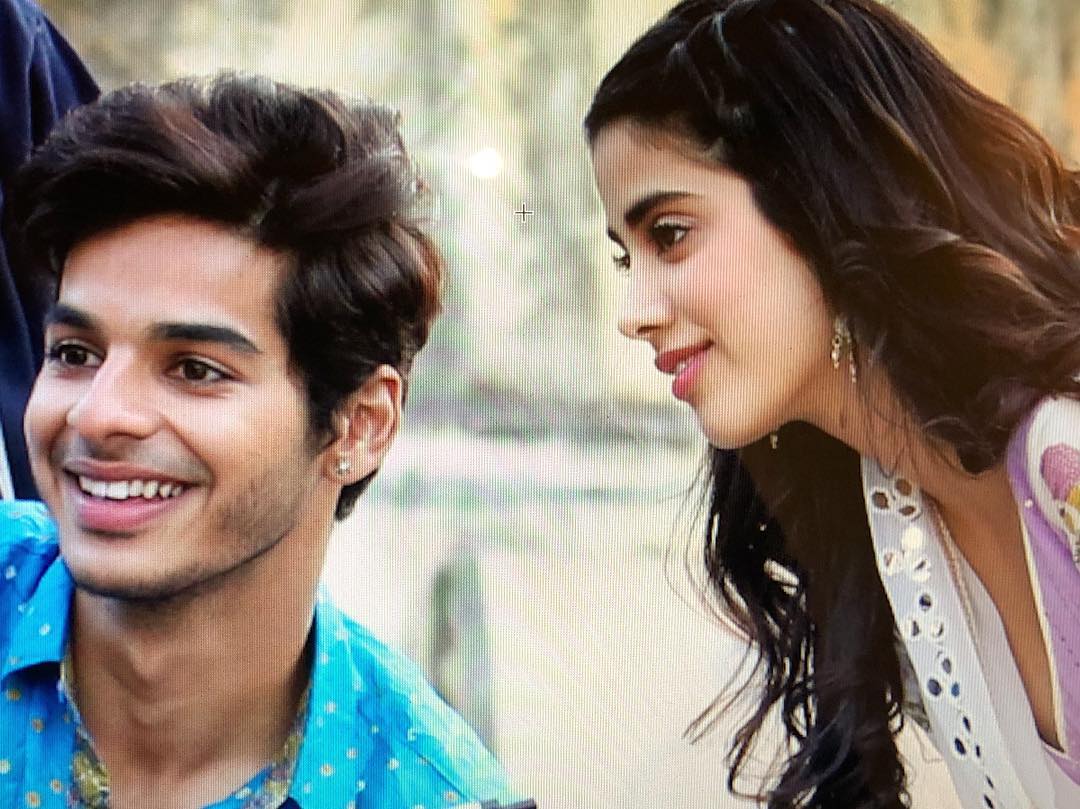 Ishaan Khatter is Shahid Kapoor’s half-brother. Even the Batti Gul Meter Chalu actor was present at the screening and he immensely praised Ishaan and Janvhi. Ishaan emotionally quipped, “My brother saw it last night. He is very happy. He liked us (Ishaan and Janhvi) together. He said ‘You two are really great together”.

Coming back to Janvhi and Anshula Kapoor, we all know that Anshula has been so protective of Janvhi all this while, post-Sridevi’s demise on February 24, 2018. For the uninitiated ones, it must be mentioned here that Janhvi Kapoor and Khushi Kapoor (born to Boney Kapoor and Sridevi) are half-sisters to Arjun Kapoor and Anshula Kapoor (born to Boney Kapoor and Mona Shourie Kapoor). (Don't Miss: Janhvi Kapoor Wrote An Emotional Note For Mom Sridevi, Attached At The Beginning Of 'Dhadak') 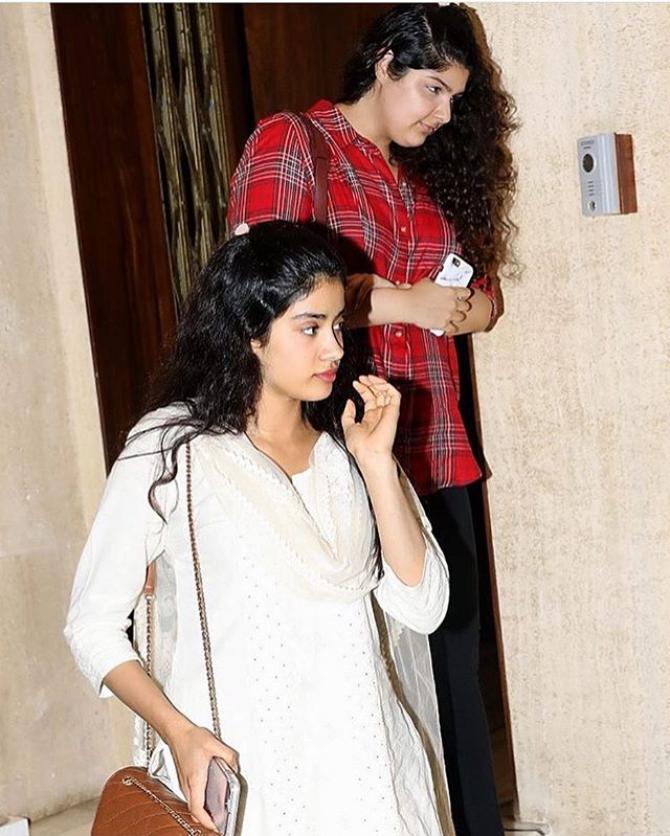 Both Arjun and Anshula have been strong pillars by Janhvi and Khushi’s side. From Anshula slamming trolls who went abusive to Janvhi on social media to bhaiya Arjun shutting a media house for objectifying Janhvi, both of them have gone on extra miles to protect their half-sisters. Recently, Arjun Kapoor apologised to Janhvi for not making it to Dhadak’s trailer launch. He tweeted, “Tomorrow you will be part of the audience forever Janhvi Kapoor cause your trailer comes out... Firstly, sorry I’m not there in Mumbai but I’m by your side, don’t worry”. He further wrote, “I just wanted you to know this profession is amazing if you work hard, be honest, learn to take the accolades with the brickbats, respect opinions, yet follow your own path and instinct. It’s not gonna be easy but I know you are ready for all the madness that will ensue. All the best for #dhadak! I’m certain my friends @shashankkhaitan and @karanjohar have presented you and @ishaan95 as the modern Romeo and Juliet with elan!!!”. (Also Checkout: 8 Famous Real Life Bollywood Brother-Sister Duos At Each Other's Weddings) 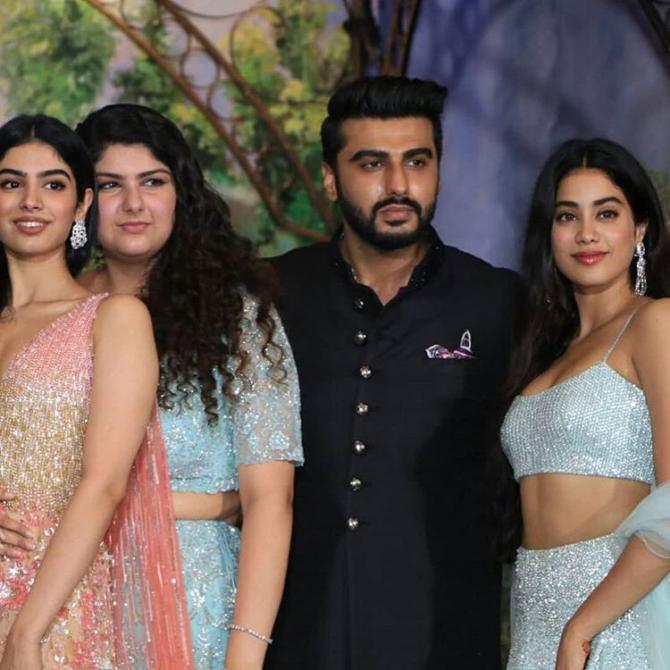 In a recent media interview, Janvhi revealed as to who is the most anxious when it comes to Dhadak. Janhvi said, “Mom was very anxious, but papa is very chilled out and so is Arjun bhaiyya. Anshula didi and Khushi are the two people that I go to if I need a reality check or if I need to calm down. They are very honest and blunt, and they tell me things as they are”. (Don't Miss: Nora Fatehi's Recent Instagram Caption Holds A Hidden Message For Rumoured Ex-Boyfriend Angad Bedi?)

It must be an emotional day for Janhvi considering she lost her mom and the legendary actress, Sridevi a few months ago. We so wish Sridevi had been around to watch her daughter’s first movie! All the goodwill to Janvhi Kapoor and Ishaan Khatter for their debut film, Dhadak.