One of the famous British Indian sitar players, Anoushka Shankar is in the news yet again. This time it is not for her professional life, but for a heartbreaking personal reason. For the ones who don’t know, she is Bengali Indian musician Ravi Shankar’s daughter and half-sister of American singer, Norah Jones.

Now the news is that Anoushka has parted ways with her husband English film director, Joe Wright. Yes, the two have ended their eight-year-long nuptial union. A representative for Wright told pagesix.com and gave an official statement regarding the same. It read, "I can confirm that Joe Wright and Anoushka Shankar recently ended their marriage. All parties are committed to the welfare and happiness of their two beautiful children and ask that their privacy be respected. No further comments will be made on this matter.” Anoushka and Joe walked down the aisle in 2010. Their wedding was completely a hush-hush affair with just a few close friends and family members in the presence. The estranged couple has two kids whom they lovingly named, Zubin and Mohan. And as they have parted ways, the welfare of their children remains with both of them. (Also Check: 9 Celebs Who Can't Stand Each Other After Their Break Up Or Divorce) According to the reports on NDTV, Anoushka and Joe attended the Grammys together. In fact, before the commencement of the show, she took to Twitter and tweeted something wonderful. Her tweet said, “Very excited that this man is my date to the #grammys today! It’s the first time he’s been free to join me.” 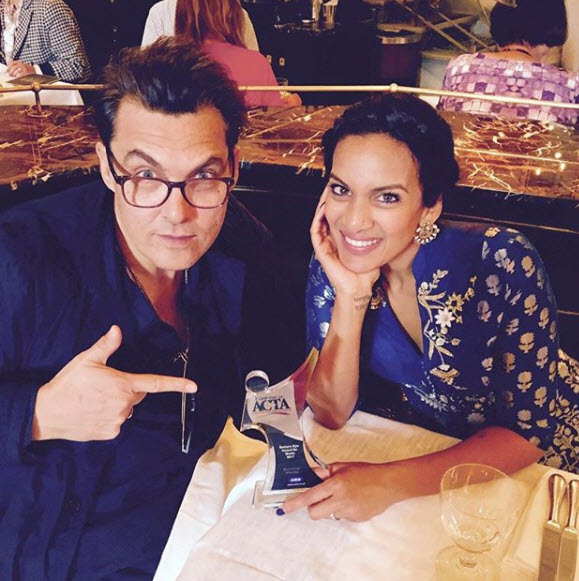 To let you all know, the ex-couple met each other at William Dalrymple’s Delhi house for the first time. As per the reports in Bombay Times, it was long back in 2009. Joe was then working for a project named, Indian Summer. For this project, he auditioned Anoushka for the role of Indira Gandhi. Though the film didn’t take off, but their love for each other did. After that, in less than a year, the two of them tied the knot. Anoushka recalled their days of wooing and said in an interview earlier, “We followed each other around the world to concert balls and film sets across four continents. We moved in together after just three months and the rest was history.” (You May Also Like: 14 Bollywood Love Marriages That Ended In Shocking Divorce) Anoushka and Joe’s relationship and marriage for that matter has been one of the steadier ones. This is the reason why their split has shocked one and all. In fact, The Times Of India tried reaching out to the singer for the confirmation on the matter. She didn’t deny it but maintained a “no comment” stance. She said, "no comment to make on a matter that is private.”

Well, we wish everything good and a lot of happiness for Anoushka, Joe and their little bundles of joy.

NEXT READ: Adorable Gesture By Virat On Missing Anushka During The Match Proves That She's His Lucky Woman