After getting married in a lavish ceremony, Anmol Ambani and Krisha Shah had hosted a grand reception night. Check out Anmol and Krisha's first dance video!

Tina Ambani and Anil Ambani's firstborn, Jai Anmol Ambani had tied the knot with Krisha Shah in a lavish wedding ceremony on February 20, 2022. The duo's wedding pictures and videos have been making rounds on the internet. On February 21, 2022, the family hosted a cocktail night to celebrate the union of two souls, who are madly in love.

On February 21, 2022, the photographer, Sam and Ekta had posted two mesmerising pictures from Anmol and Krisha's jaimala ceremony. The couple was seen laughing their hearts out in the pictures as their family picked them up for the jaimala. Alongside it, the photographer had penned their heart out on witnessing the beautiful union. They wrote: 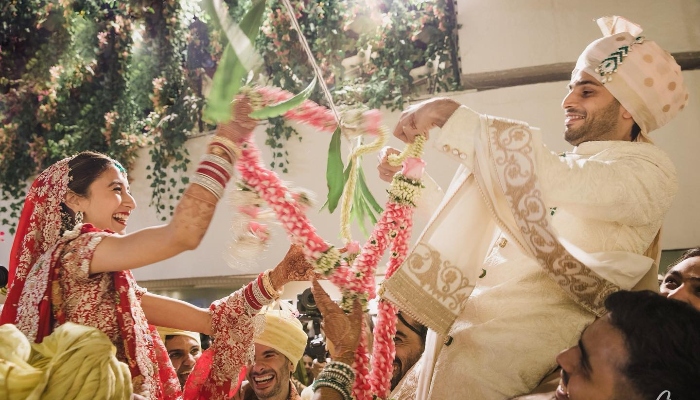 Recently, Krisha's sister, Nriti took to her Instagram handle and shared a super cute video of her first dance as 'Mrs Ambani'. In the video, Krisha can be seen dancing with her hubby, Anmol, who looked super adorable. However, the hug at the end of the video won our hearts. Krisha wore a beautiful lavender-hued saree for the night. She accessorised her look with a diamond necklace. Check it out:

We also got a glimpse of the Ambani's grand entry at the reception. In the video, we can see Krisha Shah walking with her father-in-law, Anil Ambani. On the other hand, Anmol Ambani walked hand-in-hand with his mother, Tina Ambani.

On February 20, 2022, bride-to-be, Krisha Shah's sister, Nriti Shah, had taken to her Instagram handle and had shared an unseen glimpse of her mehendi ceremony. In the photo, we could see the soon-to-be-married couple, Krisha and Anmol were posing with their mother, Falguni Dave and Tina Ambani. Atop it, Nriti had written: On February 19, 2022, the Ambanis had hosted their son, Anmol Ambnai's haldi ceremony, and it was Tina Ambani, who had won the hearts with her look. The groom's mother had opted for a gorgeous red-hued saree, which was nicely tucked at her shoulders. 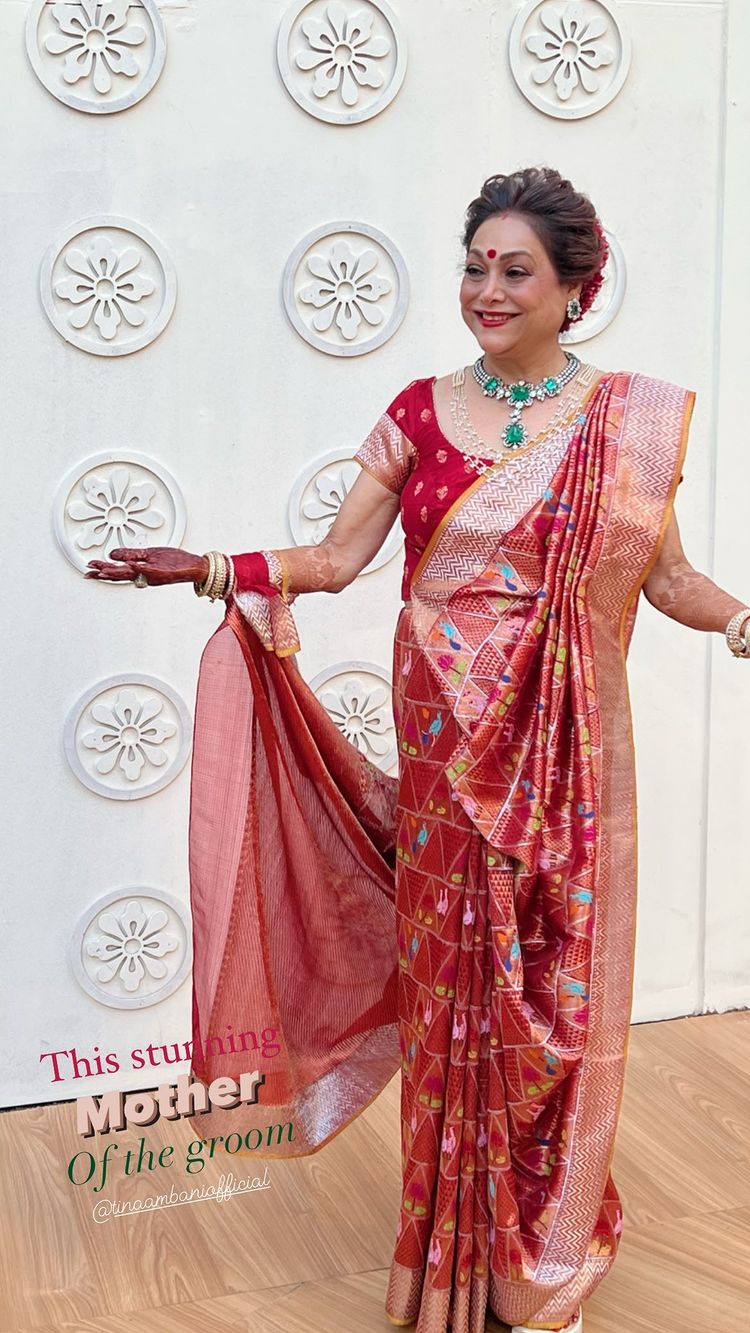 We cannot wait to see more pictures of Anmol and Krisha's reception!

Next Read: Ajay Devgn Posts A Reminder Ahead Of His Wedding Anniversary With Kajol, It Is Every Husband Ever Former Bollywood actress and chairperson of Mumbai-based Kokilaben Dhirubhai Ambani Hospital, Tina Ambani and Anil Ambani's son, Jai Anmol Ambani is all set to get married to Krisha Shah. For the unversed, the duo had got engaged in December 2021, and since then, fans have been eyeing the updates of the