Some bonds never change and Bollywood actress, Ankita Lokhande had shared a similar kind of bond with former beau, Sushant Singh Rajput. Scroll down to see as she prays for him!

We all remember the sizzling chemistry of Manav and Archana in Zee TV's show, Pavitra Rishta, the entire nation had instantly fallen for their true love. Soon, the audience happiness was doubled up when they had came to know that the reel-life couple was madly in love with each other off the camera. Yes, late actor, Sushant Singh Rajput and Ankita Lokhande had shared beautiful memories in six years of being together. Sadly, their love story came to an end, but Ankita's love for Sushant's family never ended. And that's the reason why she is been supporting his family from the start in their fight for 'Justice For SSR'. (Recommend Read: Karan Singh Grover Shares A Selfie With His Forever' ' Girlfriend', Bipasha Basu, Calls Her Superpower)

Ankita was the first one, who had openly talked about Sushant and the kind of man he was behind the camera. She had stated that she wanted people to remember him as a boy, who had the courage to dream big and he had fulfilled it all. She was one of the few, who had stated that he was not a depressed man, despite the fact that she wasn't in touch with him for past three years. On August 22, 2020, Ankita celebrated Ganesh Chaturthi by bringing in Ganpati Bappa to her home, and also prayed for her the late actor's soul. Ankita took to her Instagram handle and shared a glimpse of Ganpati Bappa, and wrote, "Welcome home Bappa. Bappa tu sab jaanta hai. You and I share a very special bond Bappa. Let’s all come together and pray with all heart to Bappa  #GayatriMantra4SSR #globalprayers4ssr Happy Ganesh Chaturthi everyone. Ganpati Bappa Maurya." Check it out below:

Earlier, in an interview with Republic TV, Ankita had revealed why she had not attended her former-boyfriend, Sushant's funeral. She had shared that she had gotten up from a phone call of a journalist, who had informed her about his death, "I was sleeping, and I just got up with some reporter's call. Usually, I don't take unknown numbers. I picked up the call, and this reporter said, ''Ankita, Sushant has committed suicide!'' And I was finished. It was something that.you don't expect something like this." (Also Read: Ravi Dubey And Sargun Mehta Don't Have A Picture On Ganesh Chaturthi Because Of This Reason [Video]) 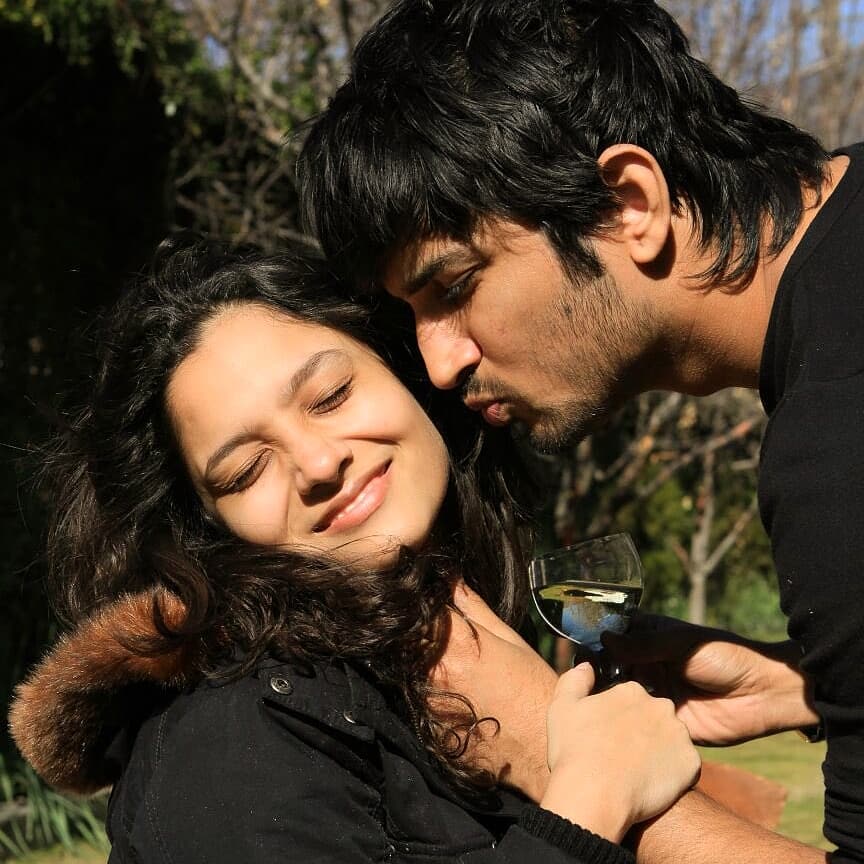 She had further added, "I didn't know what to do. I was just there. The next day, there was his funeral, and I couldn't make it because somewhere I knew that if I see Sushant somewhere like that, in that position, that stage. I have my whole life to live, and I will never be able to forget that phase. So I decided that I cannot go to the funeral." Ankita had also shared that she had met his family after the funeral, and said, "Apart from that, I had to meet his family. I wanted to make sure that they are okay. Jo jaana tha woh chala gaya but uske papa the, behne thi (He was gone but his father and sisters were there), and that was my duty to go and meet them. So I went and met them, and they were in a very bad condition. That's it, that's how I got to know." (Don't Miss: Sanjay Dutt Celebrates Ganesh Chaturthi With Wife, Maanayata Dutt Amidst Cancer Rumours)