Anil Kapoor-Sunita Kapoor Got A Customised Utensil Set For Grandson, Vayu, Here's What It Symbolises

The doting grandparents, Anil Kapoor and Sunita Kapoor gave a thoughtful gift to their grandson, Vayu Kapoor Ahuja, and it's unmissable!

Bollywood actress, Sonam Kapoor and her hubby, Anand Ahuja are basking in the glory of parenthood. Sonam and Anand became parents for the first time when they welcomed their son, Vayu Kapoor Ahuja on August 20, 2022. The Kapoor-Ahuja clan has been rejoicing ever since the arrival of the little munchkin, and it is the doting grandparents, Anil Kapoor and Sunita Kapoor, who are the happiest.

On October 20, 2022, Vayu turned two months old, and the doting mommy celebrated his special day with full enthusiasm. Taking to her IG handle, she shared a glimpse of the cutesy lion-themed cake which she got for her little one. The cake was decked up with two candles and edible balls, and it was too cute to be missed. Atop the cake, it was written:

Also Read: Mira Rajput's Hilarious B'Day Wish For 'Devar', Ishaan Khatter, Who Refuses To Get Out Of Her House 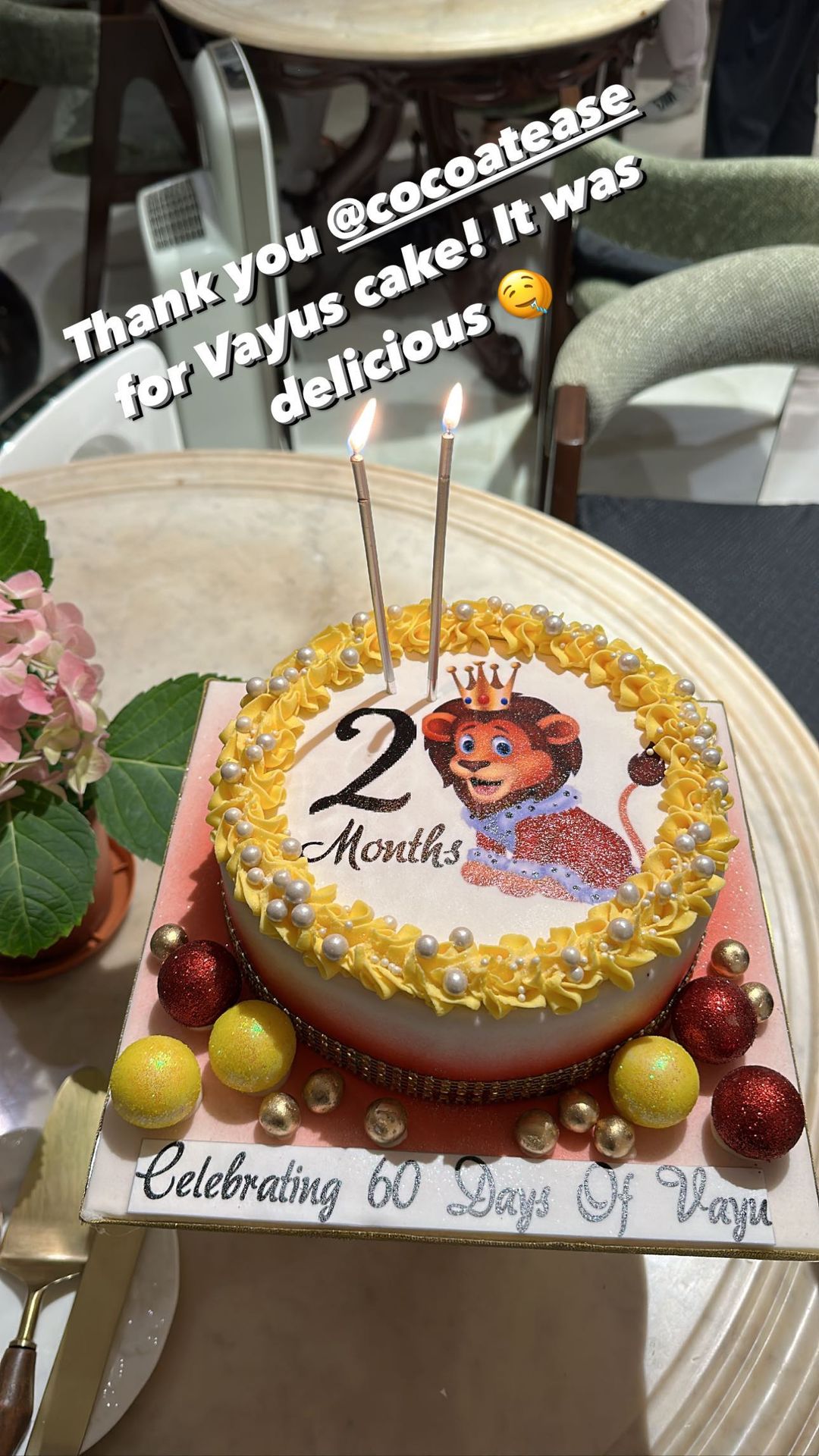 A few moments back, while scrolling through our IG feed, we stumbled upon some glimpses of the thoughtful gift that Sunita Kapoor and Anil Kapoor got for their loving grandson, Vayu Kapoor Ahuja. They chose a set of utensils with a blue circle on each of them, which symbolises the Vayu tattva in Indian philosophy. The meaningful gift featured a Blue Bindu Thaali, a Blue Gradient Lota Tiffin and an Ivory Chowki Platter. Sharing the sentiment behind the gift, the note read:

"The Vayu tattva in Indian philosophy is symbolised by a blue circle lovingly chosen by the proud grandparents Sunita and Anil Kapoor to announce the arrival of their first grandchild Vayu Kapoor Ahuja, the newborn son of style icons @sonamkapoor and @anandahuja. Good design always connects the dots and brings a meaningful resonance, sharing the joy and sentiment behind the gift as was the intent of this design-loving family. Featured products include the Blue Bindu Thaali / Blue Gradient Lota Tiffin and Ivory Chowki Platter."

On October 8, 2022, we had stumbled upon a few pictures of a beautiful gift shared by the new mommy, Sonam Kapoor Ahuja. To celebrate the arrival of their little one, the newbie parents, Sonam and Anand gave a beautiful painting and a bouquet to all their loved ones. Along with it, they also sent a card, which had a meaningful message written on it. An excerpt from the same could be read as:

"The bespoke artwork by artist Rithika Merchant was especially commissioned to mark the birth of Vayu and is one of just 500 prints of its kind. We hope it finds a place in your home, and Vayu a place in your heart."

A few weeks back, taking to her IG stories, Sonam Kapoor had shared glimpses of her son, Vayu's new clothes and toys. In the pictures, we could see a gift hamper which had a banner with Vayu's name, and it was beautifully decorated with blue and grey balloons. The gift basket had a cutesy giraffe stuffed toy, and some other toys, along with some clothes which included a green T-shirt, a striped black and white top and pants set, and much more.

What are your thoughts about Sunita and Anil's thoughtful gift? Let us know!

Next Read: Ankita Lokhande-Vicky Jain Host Halloween Bash At Their Home, She Gets Brutally Trolled For Her Look