Ananya Panday won the Filmfare Award for Best Debut (Female) for her performance in 'Student Of The Year 2'. Ananya's father, Chunky Panday revealed his emotions on the same.

What could be a prouder moment for any parent than being recognized by their child’s name? The famous actor, Chunky Panday has ventured into action, drama, and comedy films and has amazed us with a career span of over three decades. But Panday had gotten a prominent mention when Ananya Panday had made her debut on May 10, 2019, with her debut film, Student Of The Year 2. Since then she garnered so much love that now her parents, Chunky Panday and Bhavana Panday, are regarded by their daughter's name. (Recommended Read: Ranveer Singh Crediting His Wife, Deepika Padukone On Winning Best Actor Award Is Every Husband Ever)

With her second film, Pati, Patni Aur Woh opposite Kartik Aaryan and upcoming film, Khaali Peeli with Ishaan Khattar in her kitty, Ananya is riding high professionally. The 65th Filmfare Awards were held at the beautiful Gandhi Athletic Stadium, Guwahati. On the night, Ananya won the Best Debut (Female) Filmfare Award for her debut performance in Student Of The Year 2. On reflecting the same, Ananya’s father, Chunky Panday revealed how proud he is on his daughter’s first Filmfare Award in his recent interview. 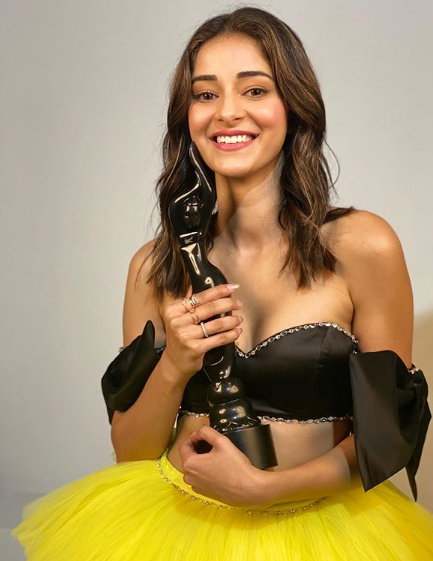 In a conversation with SpotboyE, Chunky Panday revealed that he’s extremely proud of her daughter, Ananya Panday because he has been nominated for the Filmfare Award on four occasions but never won one, he said “In 34 years of my career, I have had 4 nominations for films like Tezaab, Aankhen, Housefull and Apna Sapna Money Money but I've never won a Filmfare award. So when Ananya was nominated I was overjoyed. And last night, when she won it, I started crying. I had tears in my eyes because I just couldn't believe it. She deserved it.” The proud father also took to his Instagram and shared some pictures of her daughter with the black lady along with a heartfelt caption that can be read as “Congratulations My Big Little Girl for winning the Black Lady. Best debut #SOTY2 and many-many more to come. Thank you @dharmamovies @filmfare and You All for making this possible.” Take a look. (Don't Miss: Sara Ali Khan Recreates Her Mother, Amrita Singh's Iconic Pose In Abu Jani-Sandeep Khosla Lehenga) 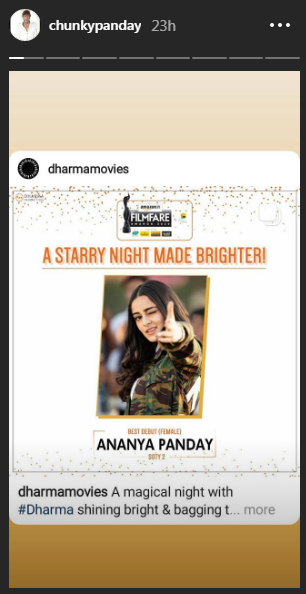 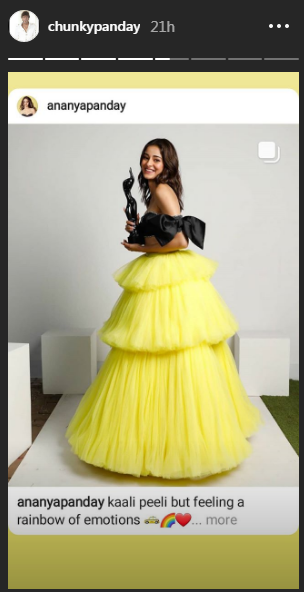 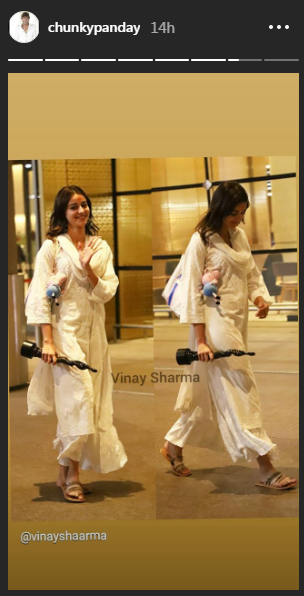 In the same interview, Chunky Panday revealed how glad he is to see the black lady come to his house after a long wait. He said “I saw a little clip of Bhavana (mother) just hugging Ananya and giving her a solid kiss. She was also too excited. You know I have never won that award but my daughter, she had been practising it since she was young. She used to go in front of the mirror and practice that she's won the Filmfare. And now, the award has finally come to my house.” However, it’s not just Chunky Panday, who is extremely happy on his daughter’s massive win. Ananya’s mother, Bhavana Panday also took to Instagram and congratulated her daughter with a beautiful caption that can be read as “So proud of you my Baby Girl !!! Love you too much !!! Keep Shining !!! #grateful #blessed Thank you.” Take a look. 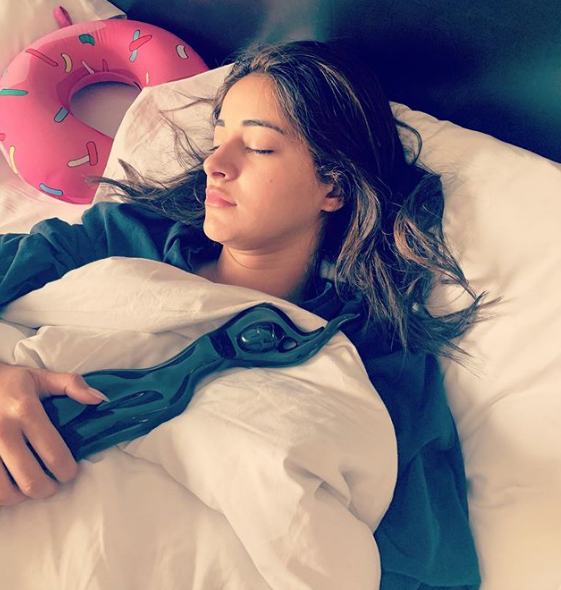 In an interview with the Bombay Times, Chunky Panday had revealed that one advice, had given to his daughter, Ananya since the day she decided to be an actress in Bollywood. He had revealed, “The most important thing for any actor is to be accepted by the audience. I’ve always told this to Ananya because there’s just that much advice I can dole out. She’ll have to figure her way through this on her own, making her own choices and her own mistakes. I’ve always told her that no one can ever predict the box-office success of a film because a billion people decide that. I stopped worrying when I saw Student Of The Year 2 at a private screening. Bhavana and I were sure she would find acceptance. There’s no harm in being excited and optimistic, but one should never get carried away.” 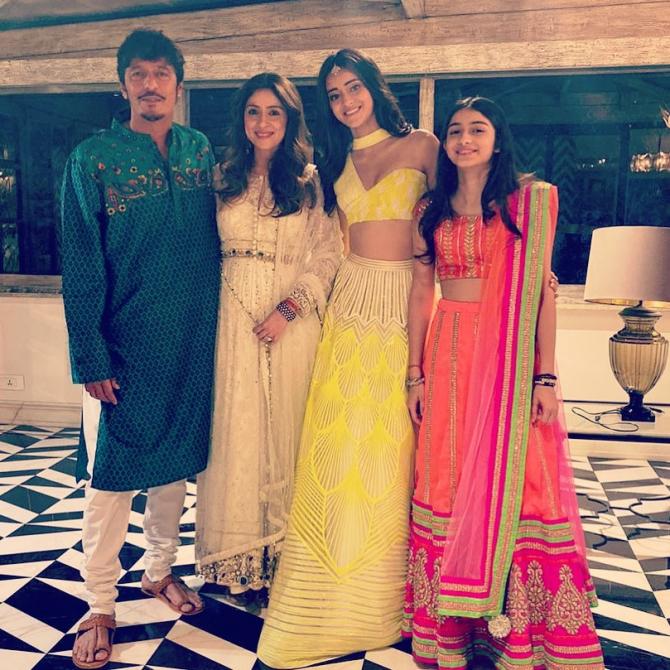 In a conversation with the Entertainment Times, Ananya had shared the first thing she did after her name was announced for the Filmfare Award. She had revealed, “The first thing I did after my name was announced is that I hugged Karan Johar (host) for 10 sec. Later my dad was the first person whom I called and informed him. He was like I wish was there to see you win the trophy. He was going to come, but something came up and he missed being here. He has never won a Filmfare so this is a big deal for me.” (Also Read: Abhishek Bachchan And Aishwarya Rai Bachchan's Combined Net Worth, She Owns A Ring Worth 70 Lakh) 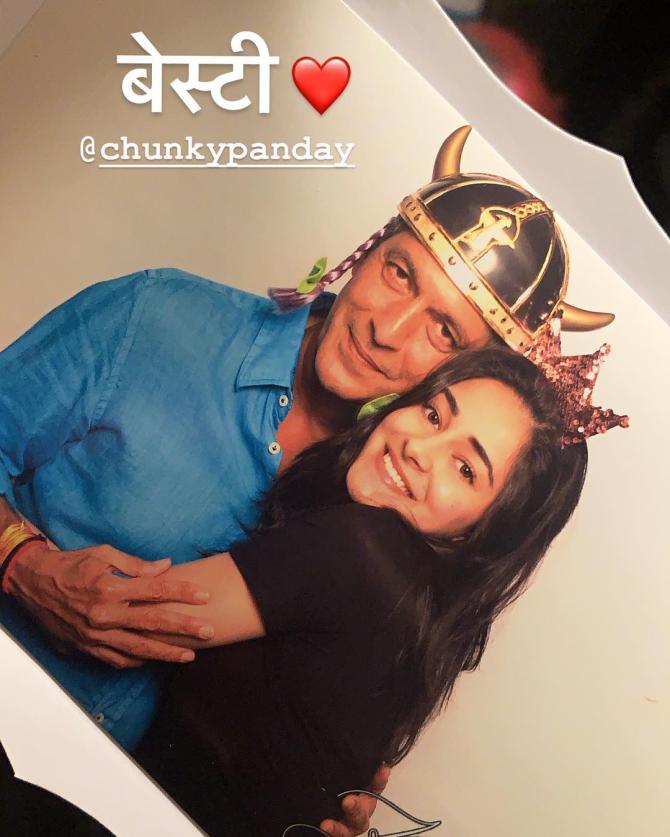 Can’t wait to see Ananya Panday in Khaali Peeli alongside, Ishaan Khatter.  Are you excited too?