'Liger' actress, Ananya Panday shared a beautiful throwback picture from her memory lane, and it featured her parents, Chunky Panday and Bhavana Panday, her sister, Rysa Panday, and herself.

Bollywood actress, Ananya Panday shared a rare family picture from their Goa vacation to wish her fans a happy Easter on her social media handle, and it made everyone go aww, as she looked nothing less than an angel in the frame from her childhood days. The Khaali Peeli actress, Ananya Panday had made her debut on May 10, 2019, with the film, Student Of The Year 2 and had won the Best Debut (Female) Filmfare Award for her performance in the same. Since then, there's no stopping for the actress, who is all set to work with prominent directors like Rahul Dholakia and Shakun Batra in her next films.

Ananya Panday's Sister, Rysa Panday Leaked Her Mobile Number On The Internet For This Reason

On the professional front, Ananya Panday is going to be seen opposite South superstar, Vijay Deverakonda in the much-anticipated film, Liger, directed by popular director, Puri Jagannath and is going to hit theatres in the month of September 2021. 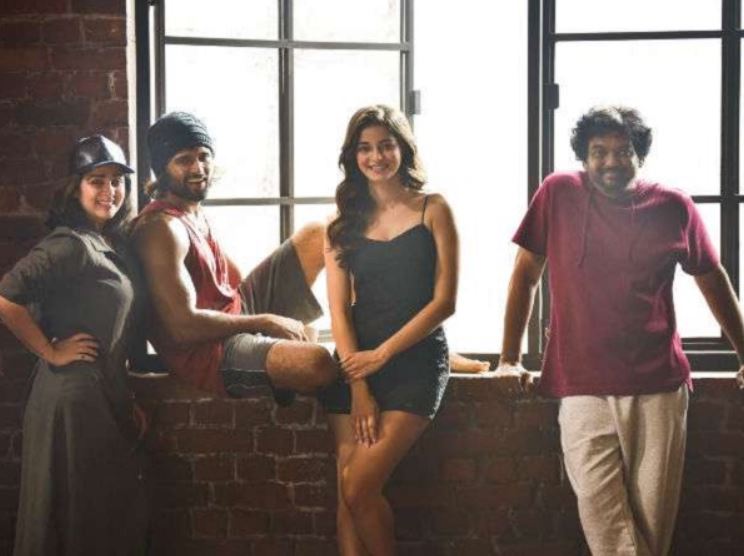 On April 4, 2021, on the auspicious festival, Easter, Bollywood actress, Ananya Panday took to her Instagram handle and shared a cutesy selfie of herself with a rabbit's filter and wished her massive fanbase for the same. Ananya looked beautiful despite replicating an angry rabbit, as she wrote, "Happy Easter!! Be a happy bunny, not a hangry bunny like me" atop it. After some hours, the actress wished her fans a happy Easter again, but this time with a rare picture from her childhood days that featured her young dad, Chunky Panday, gorgeous mother, Bhavana Panday, and little sister, Rysa Panday. In the picture, while on one side, the doting father can be seen holding Rysa in his arms as they twinned in white. On the other side, Bhavana looked stunning as she put her hand across her daughter, Ananya, who is standing with her and posed for the camera with a beautiful smile. Take a look: 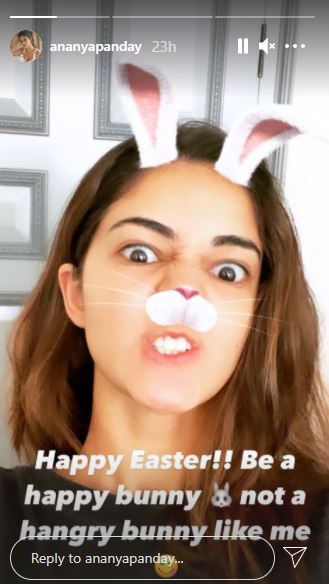 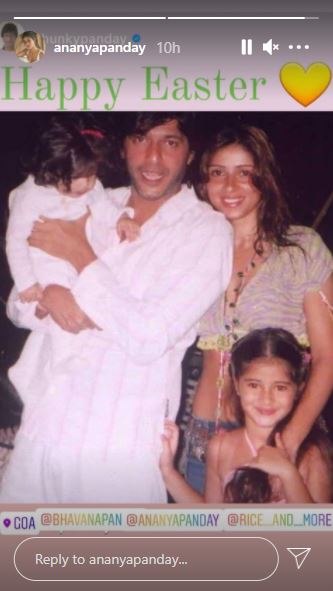 The gorgeous actress, Ananya Panday never misses a chance to make her massive fanbase smile with stunning throwback pictures and hilarious revelations about her family members. For instance, on March 10, 2021, Ananya Panday's little sister, Rysa Panday had turned 17 and the actress had looked upset with the fact. It had seemed Ananya doesn't want her baby sister to grow up at all, as her birthday wish for Rysa on her 17th birthday was only to see her sister stop growing. Sharing a series of pictures from a party, Ananya had written, "She's 17!!!!! Ughhhhh stop @rysapanday hbd." Soon, Ananya's alleged beau, Ishaan Khatter too had commented on her birthday post for Rysa, which could be read as "Hahahaha you're really devastated that she's growing in pic 3" followed by a laughing emoticon. For the unversed, Ananya Panday and Ishaan Khatter are often spotted spending time together, and their social media PDAs go viral in no time. On June 1, 2020, Ananya and Ishaan's social media flirting had caught everyone's attention. Ananya had taken to her IG handle and had posted a picture, where she could be seen lying on the couch, with a homemade mask applied on her face. She had looked extremely cute and quirky in a red and black checked dress as she had posed all smiling for the camera. What had attracted our attention most was a comment from her Khaali Peeli co-star, Ishaan Khatter. He had written in the comment section, "What's in the mask, honey?" To which Ananya Panday had replied, "Yes honey.. dahi and haldi." Take a look: Did you like Ananya's priceless family picture? Let us know! 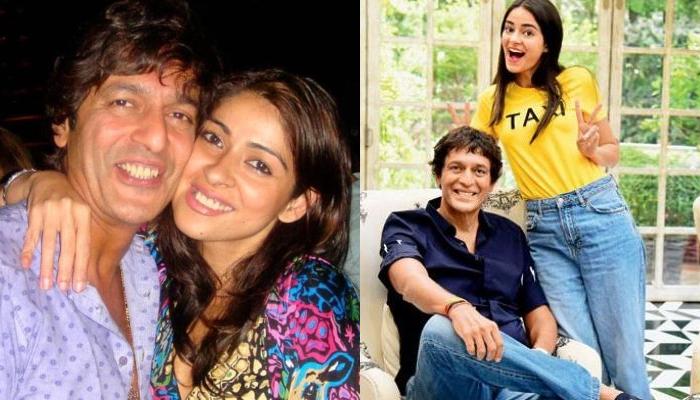 Popular actor, Chunky Panday never fails to make people laugh their hearts out with his comic roles in movies and amusing real-life revelations on different reality shows. Recently, during his visit to a celebrity cooking show, Chunky reviewed his daughter, Ananya Panday's dishes. The doting father also recalled a hilarious

Ananya Panday's Sister, Rysa Panday Leaked Her Mobile Number On The Internet For This Reason