'Student Of The Year 2' fame debutante, Ananya Panday has impressed us all with her acting skills and on-screen presence. Checkout her latest cute video with Shah Rukh Khan's son, AbRam Khan!

One of the most desirable women from the Tinseltown these days is budding Bollywood actress, Chunky Panday’s daughter, Ananya Panday. With her innocent face, chirpy nature, vivacious attitude and confidence during interviews, Ananya is on the very right track of fame and wealth. She made everyone go crazy for her as she hit the silver screen lately on May 10, 2019, with her much-hyped debut film, Student Of The Year 2. (You May Also Like: Anil Kapoor And Sunita Kapoor Twin In Black For 35th Anniversary Celebrations, Pics And Video Inside)

With so many expectations attached to her, Ananya is on the route to living up to them. And it is not only her acting prowess that is getting so much of appreciation, but her overall personality is adding to the acknowledgement that she is getting. Ananya is personally getting along with her fans through her social media handles. On and off, she keeps sharing pictures and videos on her Instagram posts and stories. 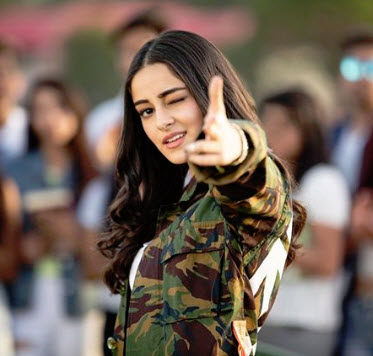 Lately, Ananya surprised everyone as she took to her official Instagram handle and shared a lovely story. And guess who is featuring with her in the story? Well, it is none other than her bestie, Suhana Khan's brother and Shah Rukh Khan-Gauri Khan’s little son, AbRam Khan. Yes, that’s right! And do you know, Ananya shocked the little munchkin with her talent, and after trying a lot to match, he went “Oh no!!” In the video, we can see how Abram is trying his level best to copy Ananya, who is touching her nose with her tongue! Checkout the video of the two cuties in one frame:

Talking about AbRam once, Shah Rukh had revealed that he is a little outgoing unlike his two other kids- Aryan Khan and Suhana Khan, "Aryan always wanted to be on his own and Suhana is a little shy. But AbRam is a very outgoing and a happy kind of kid.” He had further added, "In the house, he does seem more attracted to me than anyone else. I think he likes me a lot. I play a lot with AbRam and I am a little stupid with him, so he really enjoys it. I've played the same games with Aryan and Suhana, but AbRam enjoys them more. Out of the three kids, somehow, he has more chances and time to be with me because when my kids were growing up, they had different personalities." (Also Read: Unseen Picture Of Radhika Merchant Looking Like A Doll In Classy Lehenga Proves She Is A Diva) 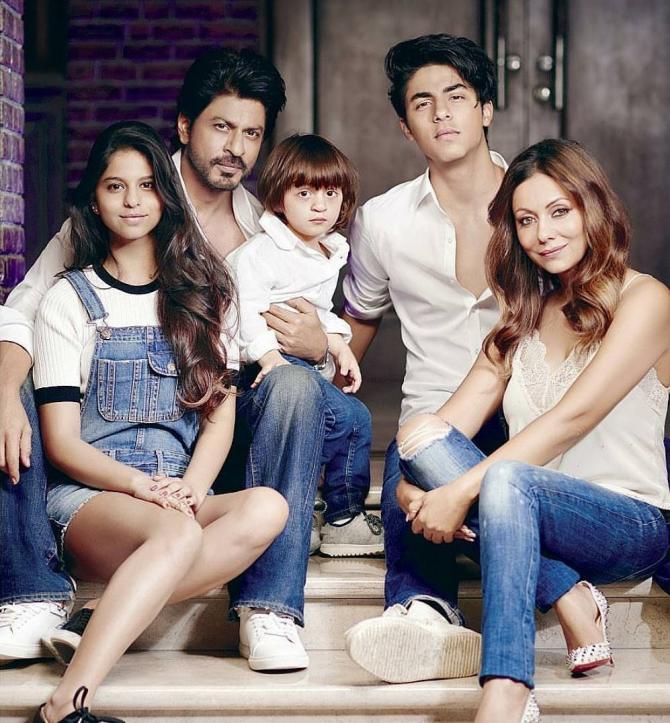 Coming back to Ananya, lately, rumours had it that Ananya Panday might be in a relationship with Bollywood’s current handsome hunk, Kartik Aaryan. Talking about him, the actress had recently stated, "Let me put it this way, he is a very good friend. We’re also doing a film together [Pati Patni Aur Woh] and have a very comfortable equation. We get along really well. I love spending time with him.” 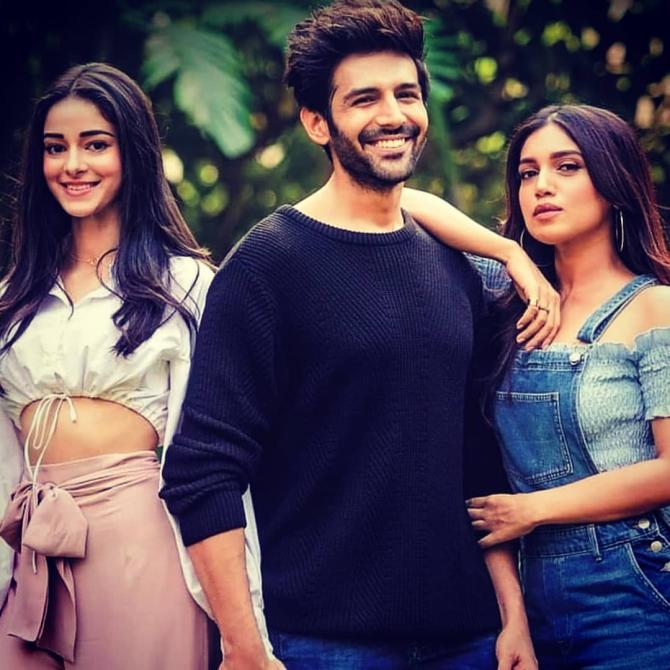 She had further gone on to add, “While working with him, I have realised what a selfless person he is. For instance, whenever we did a scene together [during the film’s first schedule], I noticed that he never thought only about his lines. Instead, he was like, ‘how to make the scene better?’ Otherwise too, Kartik has been really helpful to me. Since I am new, I think I need all the help that I can get. That way, he has been extremely supportive." (Checkout: Aishwarya Rai Bachchan And Abhishek Bachchan Cheer For Daughter, Aaradhya As She Rocks The Stage) 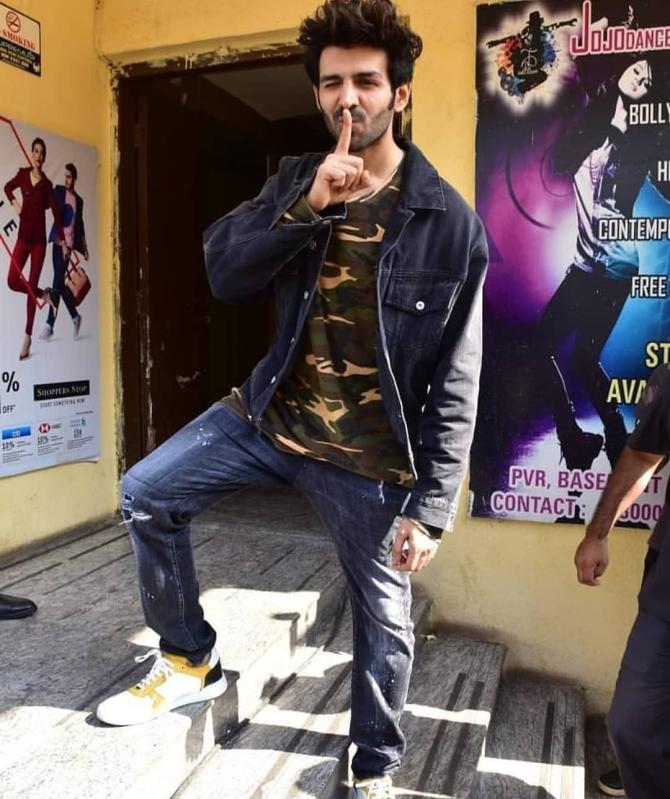 On the other hand, Kartik cleared the air surrounding his rumoured link-up in an interview with Anupama Chopra and was quoted as saying, “Right now, I’m concentrating on my work. I think, relationships they do take a lot of time.” Kartik had further retorted, “Mere andar phir guilt reh jata hai ki yaar main iss relationship main hoon (but) main time nahi de pa raha hoon. So, that is something I don’t want to do with the other person. That’s the reason I’m committed to my fans and work right now.” Ananya once had shared with an online portal regarding the pressure as she hails from a filmy background. The budding star had remarked, "I think I do feel pressure being from a filmy background because my dad has such good comic timing. So that is something I always get to hear from people whether I inherited that comedy from your dad. And my character in the film is also very funny, she gives these one-liners, so yeah, pressure is there especially in the comedy department, which I will hopefully live up to.” (Do Check: Taimur Ali Khan Taking A Splash In Pool With Abba, Saif Ali Khan Gives Us 'Cool Feels' This Summer) 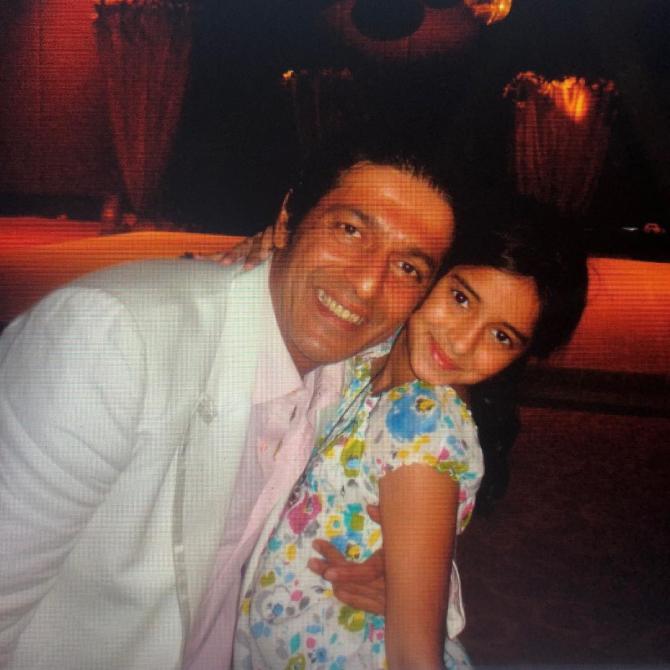 In the same interview, Ananya had further shared her favourite response to the trailer of Student of the Year 2, "My favorite response to the trailer has to be that of my father's because I was looking forward to his response. Because he hadn't seen anything of the film, and I am so happy that he is so excited. So that was the most important feedback that I needed, and I got it.” 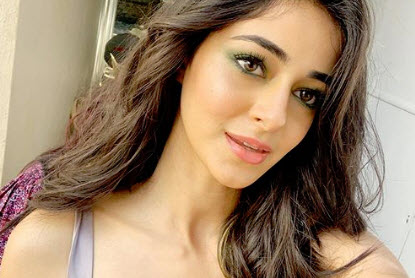 What a cute video of Ananya Panday and AbRam Khan! What do you guys have to say about the same? Do keep us posted!