'Veere Di Wedding' actress, Sonam Kapoor Ahuja walked down the aisle with her long-time boyfriend, Anand Ahuja on May 8, 2018. And now, Anand has revealed that Sonam is spoiling their first wedding anniversary plan!

Saawariya, Delhi-6, I Hate Luv Storys, Aisha to Prem Ratan Dhan Payo, Neerja, Veere Di Wedding and Ek Ladki Ko Dekha Toh Aisa Laga, Sonam Kapoor Ahuja has carved her own niche in the Tinseltown. The actress has been giving back to back hits, experimenting with varied characters. It was on May 8, 2018, that Sonam became missus to her boyfriend, Anand Ahuja. (You May Also Like: Sharad Malhotra's Wife, Ripci's 'Grih Pravesh', He Calls It 'Kyunki Saas Bhi Kabhi Bahu Thi' Moment)

Sonam and Anand are one of those celebrity couples who are successfully managing their long-distance relationship. Ever since the two have gotten married, they are giving some serious relationship goals. In an interview with the Filmfare, Anand Ahuja had shared how they make their long-distance marriage work. He had revealed, “When it comes to marriage, small things matter a lot. We eat meals together, even if we are in different time zones, on Skype. We also actively make sure that we don’t go over two weeks without seeing each other.”

Anand Ahuja Shares A Cute Birthday Wish For His Girlfriend Forever, Sonam Kapoor As She Turns 34 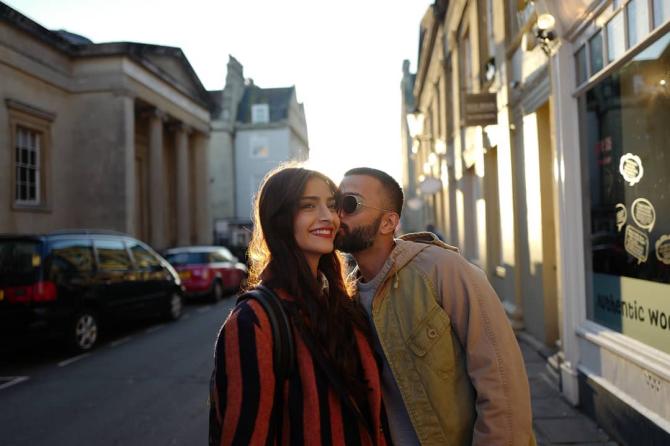 In an interaction with MensXP, Anand has revealed, "It's funny. Sonam is always messing on my plans. Last year, she had canned right after the wedding. We didn't do a honeymoon. We did a really short one in Japan.” He further went on to add, "This year, we were again planning to go to Japan but then her 'Zoya Factor' schedule is there and it has changed a bit. We are not going in June, but we will go after her birthday. We are so fortunate that with our schedules, we travel so much and get to spend time. We will be in London for the anniversary. London is a little break for her. We will surely do a Japan trip at the end of the year." 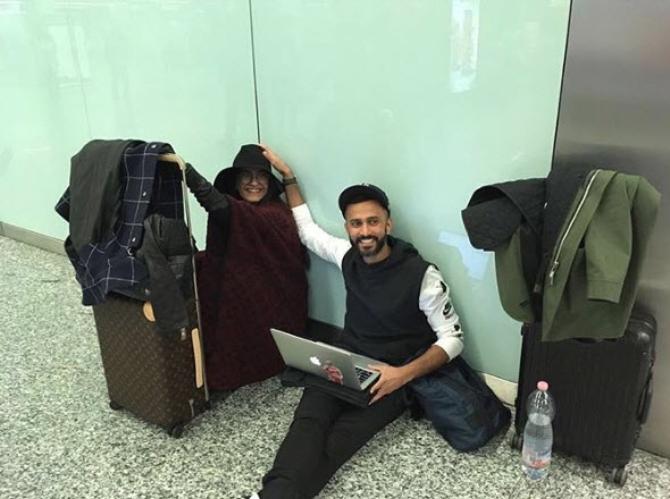 Talking about diving into work right after the wedding, Sonam was once quoted as saying, “Yes. There has been a whole revolution with the #MeToo campaign where women are standing up for what they think is right and are asking for the respect they deserve. The team of L’Oréal Paris resonates the same thought I have, and they made sure that I was there, representing the brand, and women of worth on the red carpet. I’m also representing Indian women who know that they should work, regardless of anything.” (Also Read: Ex-Couple Madhurima Tuli And Vishal Aditya Singh Will Be Participating In Nach Baliye Season 9?) 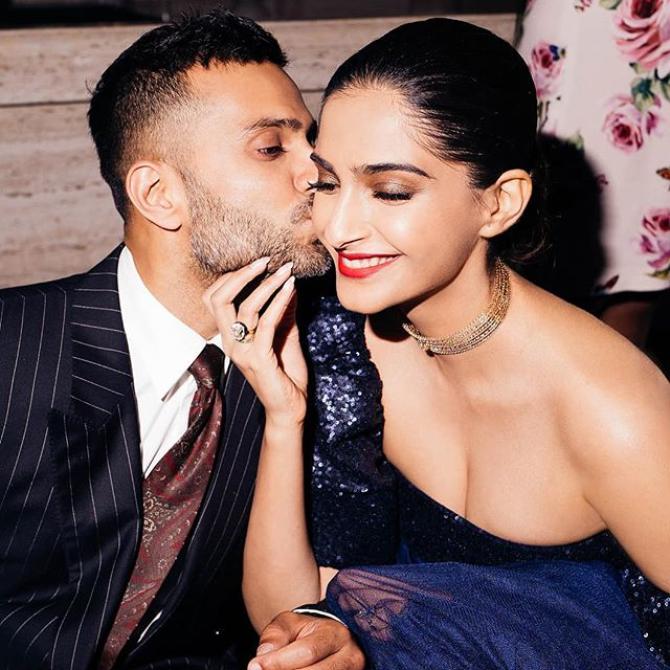 In an interview with Firstpost, Sonam talked about adding her husband’s surname to her name, and Anand adding her name into his. She had stated, "Anand and I had a very long conversation you know, and we obviously want to have kids eventually, and he had this one friend who had a very long name, his mother’s name, father’s name, blah blah blah. I said, see anyways it’s a patriarchal concept, I have my father’s last name, I don’t have my mother’s name, and I want to be part of your family as well, and he wanted to be a part of mine.” 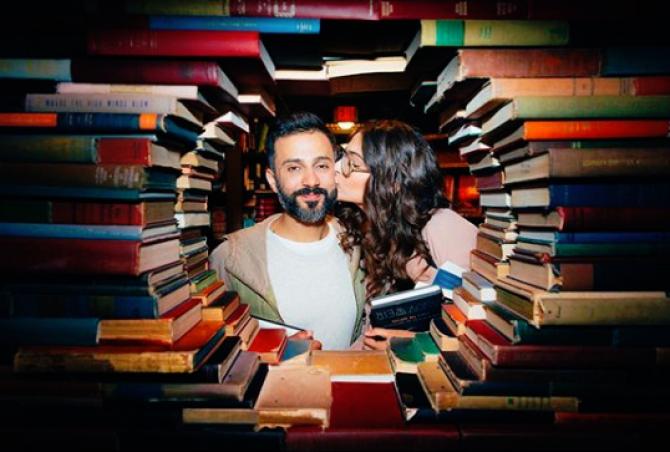 The Ek Ladki Ko Dekha Toh Aisa Laga actress had further continued, “So first he said, shall I do Anand Ahuja Kapoor or Anand Kapoor Ahuja? And you do Sonam Kapoor Ahuja? I was like, that’s still my father’s name, no? How will my kids have my name in some way? Then he said, should I keep Sonam in the middle? So, I said fine." (Checkout: Sussanne Khan Recalls The Time When She First Met Ex-Husband, Hrithik Roshan Back In The 90's) 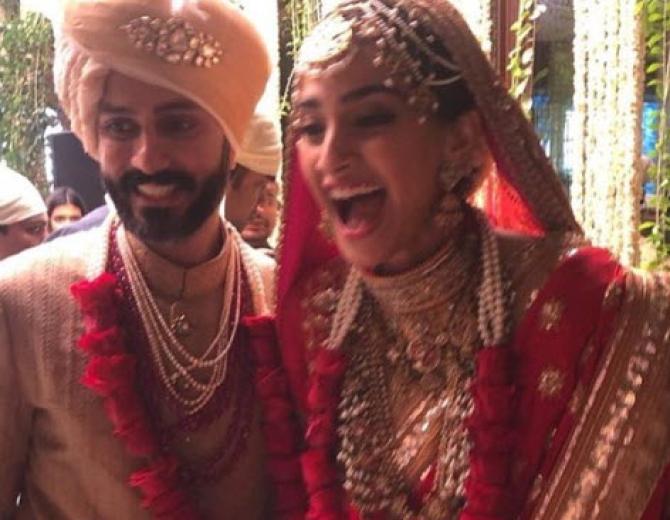 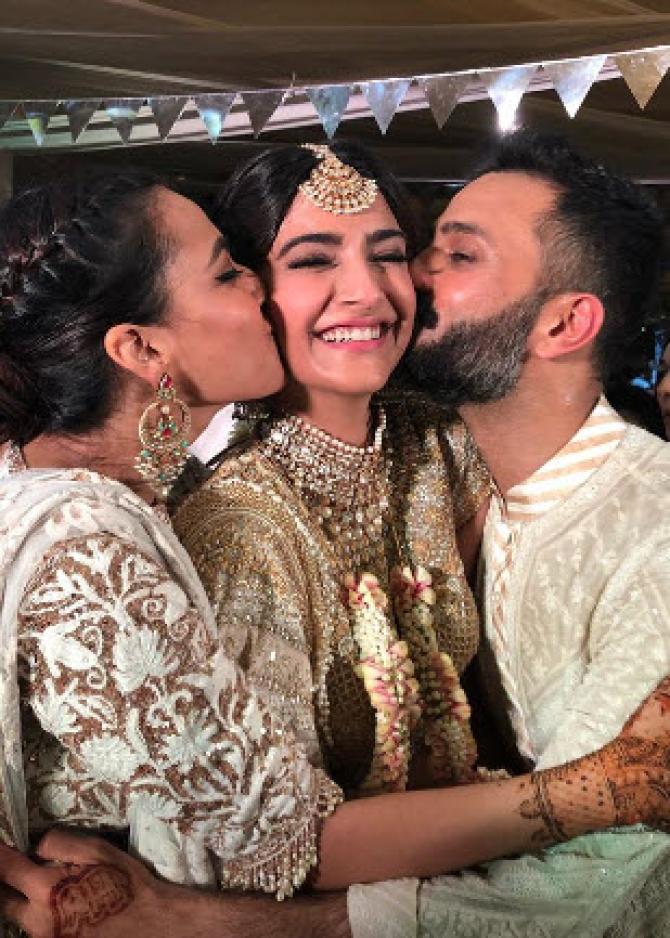 Also, in an interview with Vogue magazine, on the same lines, she had shared, “I was apparently wearing the worst sneakers he had ever seen. I keep telling him that he fell in love with me despite my bad sneaker game. That day, walking and talking in London, I knew he was the love of my life. He apparently knew the first time we spoke on the phone. It was just so easy.” (Do Read: Chhavi Mittal's Six-Year-Old Daughter, Areeza Hussein Planned A Surprise Baby Shower For Her)

Raise your hands if you are excited about Sonam and Anand’s first wedding anniversary celebrations! 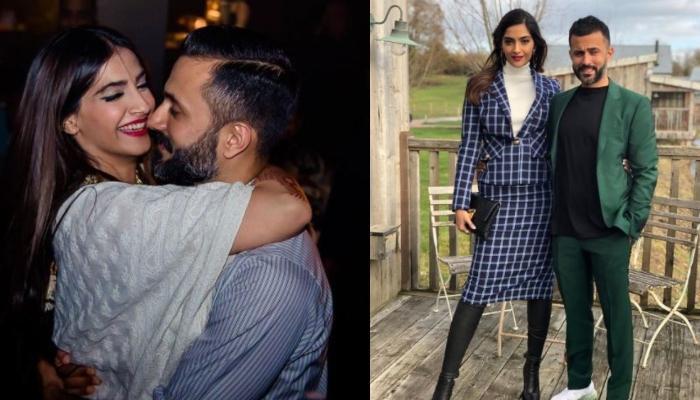