On the arrival of Natasa Stankovic and Hardik Pandya's baby boy, it was Natasa’s ex-beau, Aly Goni, who came forward to congratulate her. Check out details inside! 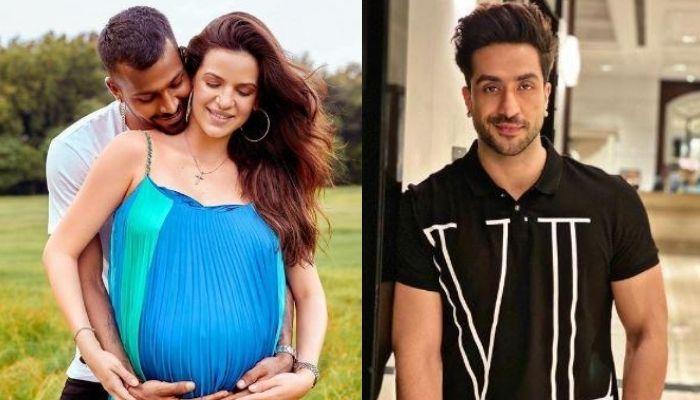 While most of us are finding it hard to pass the year 2020 with the constant bombardment of sad news, it feels that Indian Cricketer, Hardik Pandya is our only source of constant happiness. Hardik’s life looks like it is on fast forward as right from the beginning of the year, he has been surprising his fans with pleasant news. It was on January 01, 2020, when Hardik had announced the news of his engagement with DJ Walley Babu fame, Natasa Stankovic. (Also Read: Trisha Krishnan's Rumoured Beau, Simbu's Photo With His Nephew From His B'day Will Melt Your Hearts)

While people were just getting in terms with their relationship, Hardik had thrown another major bomb on his fans by announcing his marriage and the news of Natasa's pregnancy. On July 30, 2020, Hardik had informed his fans that he and his wife, Natasa Stankovic have welcomed their little bundle of joy. On August 1, 2020, Hardik posted the first-ever picture of his newborn baby boy, holding him in his arms, from the hospital and captioned it as "The blessing from God @natasastankovic__". On the arrival of their baby, it was Natasa’s ex-beau, who like on every other big event of her life, came forward to congratulate her. 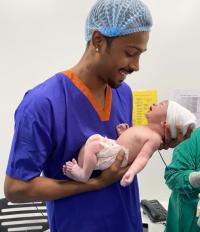 Aly Goni has been proving to be the best ex-boyfriend as he is always there to cherish his ex-love’s happy moments. From engagement to wedding, Aly has never skipped any chance to congratulate Natasa and now again, Aly has taken to his IG stories to send his wishes to the new mom. Sharing a picture with Natasa on his IG stories, Aly wrote, “Areyyyyy Mummyyyy bangayi. Congratulationsssss @natasastankovic_ & @hardikpandya93” followed by three red hearts. Natasa also reposted his story with a hug emoticon. Take a look: As we said, Aly has been sending love to Natasa on every happy moment of her life. When the news of Natasa and Hardik’s wedding and pregnancy had broken out, the nation had gone crazy with happiness and the couple was showered with blessings. Natasa had shared Hardik’s post on her Instagram handle with a caption, “Hardik and I have shared a memorable journey together so far and now, it's only going to get better. Together, we are excited to welcome a new life into our lives very soon. We’re super excited for this new step of our life together and humbly ask your blessings and well wishes.” To this, Natasa’s ex-beau had poured a sweet wish like a mature ex that could be read as “God blesssss u guys” followed by two red-heart emoticons. (Don't Miss: Gauri Khan Reminisces The Time When She Was Married At Son, Aryan Khan's Age With Throwback Picture) 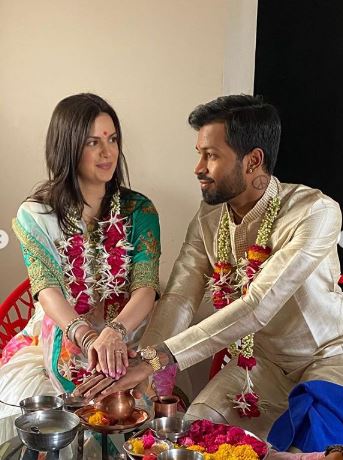 On January 1, 2020, Natasa Stankovic had made an announcement regarding her engagement with Indian cricketer, Hardik Pandya and had given a glimpse on her Instagram of how her beau had proposed her on a yacht. Sharing the video and pictures of the proposal, Natasa had written, “Forever yes @hardikpandya93.” Hardik too, had posted the pictures and video of his proposal to Natasa and had written, “Mai tera, Tu meri jaane, saara Hindustan. 01.01.2020 #engaged.” Soon the newly-engaged couple were flooded with congratulatory messages, but it was Natasa's ex, Aly Goni’s comment which had all our attention. Aly had commented on Natasa post with an array of heart emojis.

In an interview with BollywoodLife, Aly Goni was asked to comment on his ex-girlfriend, Natasa Stankovic's engagement to Hardik Pandya. Expressing his excitement, Aly had remarked, "I'm so happy for her. I'm really really happy for her. I really liked them both together. I've seen them together and they are adorable. I'm so ecstatic that they are getting married." Just like us, Natasa's engagement was a surprise for Aly too, and revealing the same, he had elaborated, "I already knew that they are dating each other. This was a little surprise for everyone, but I'm really happy that she is very happy." (Recommended Read: Karan Wahi Shares An Adorable Picture With Ladylove, Uditi Singh And It Is All Love And Couple Goals) 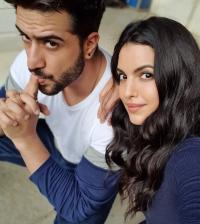 Well, Aly Goni is the best ex-boyfriend we believe!