After his memorable stint in Bigg Boss, Aly Goni is off to Kashmir for a mini-vacation with his lady love, Jasmin Bhasin. Scroll down to know more!

One of the most favourite and loved couples of the television industry, Aly Goni and Jasmin Bhasin, are in the news these days, owing to their son-to-happen marriage prospects. Aly and Jasmin had repeatedly denied their dating rumours and had always maintained the 'best friends' stance in public. In the house of Bigg Boss 14, the two had realised their love for each other and had confessed the same on National Television. Bigg Boss 14 has ended and now, even though Aly couldn't win the show, he did win our hearts. Now, after his memorable stint in Bigg Boss 14, Aly Goni is off to Kashmir for a mini-vacation with his lady love, Jasmin Bhasin. Scroll down to know more! (Recommended Read: Mira Rajput Kapoor Reveals The Most Annoying Habit Of Husband, Shahid Kapoor And Who Wins Fights)

Now that they have come out in the open about their relationship, Aly Goni and Jasmin Bhain never shy away from flaunting their love for each other. On February 10, 2021, Jasmin Bhasin had taken to her Instagram handle and had shared two beautiful pictures with her boyfriend, Aly Goni, as she had missed him badly. Along with the lovely pictures, Jasmin had penned a romantic shayari for him, which could be read as "Meri zindagi mai saari khushiyaan sirf tere baahane se aayi hain, Kuch tujhe sataane se aayi hain, kuch tujhe manaane se aayi hain." A few hours ago, Aly Goni and Jasmin were papped outside the airport as the love birds jetted off to Kashmir for a mini vacation. The couple posed for the cameras, and when one of the paps called them 'Rab ne bana di jodi', Jasmin blushed and laughed it off. Together, the couple looked utterly cute and much in love with each other. For the uninitiated, Aly Goni had informed about this trip to Kashmir over a live chat that he had with his fans along with his girlfriend, Jasmin on his IG handle. He had said, "Abhi mai Jammu januge 4-5 din baad waha se wapas aa kar pakka mai aur Rahul (Vaidya) saath me live aa ke aapko dikhaenge hum saath me kaise paagal hain."

After coming out of the Bigg Boss house, Aly Goni had talked about marriage prospects with his girlfriend, Jasmin Bhasin, in an interview with the ETimes. He had said, "I entered the show to encourage her and during my stint in the show, I realised that she is the one for me. Right now, I would love to spend time with her, take her out on dates. And if everything goes well, I would love to marry her. Inshallah.” He had then mentioned that he'll do anything in his capacity to convince Jasmin Bhasin's parents for their marriage. He had said, "I want the best for her. I am in no hurry and would like to take things one by one. But if needed, then definitely I will do anything to convince Jasmin’s parents for our relationship and marriage." (Also Read: Anita Hassanandani And Rohit Reddy's Pooch Bonding With Their Son, Aarav Reddy Is A Sight To Behold) Earlier, in a conversation with Delhi Times, Jasmin Bhasin had confessed her feelings for Aly and had stated that if their families agree, she will definitely not wait for anything to marry him. She had said, “I have fallen in love and it’s a beautiful feeling. I don’t mind getting married this year, my parents are okay with it. Once Aly comes out, they will meet his parents. We need to know what his parents have to say about it. I have met them a few times, but pehle hum sirf dost thay. Once they approve our relationship, phir main wait nahi karungi, I will get married. I know Aly is the one for me.” On January 11, 2021, Jasmin Bhasin had posted a lovely picture with her beau, Aly from Bigg Boss 14's house. In the picture, we could see Aly holding his girlfriend's back while she was looking at him. Along with it, she had written some beautiful lines in Hindi, which could be read as "Jithe vi tu chalna ae, maahi main tere pichhe pichhe chalna. Tu jee sakti nahi. Main jee sakta nahi. Koi dusri main sharta vi rakhti nahi. Missing you so bad @alygoni." (Don't Miss: Bigg Boss 14: Rakhi Sawant Clarifies Why She Had Pulled The Strings Of Abhinav Shukla's Shorts) 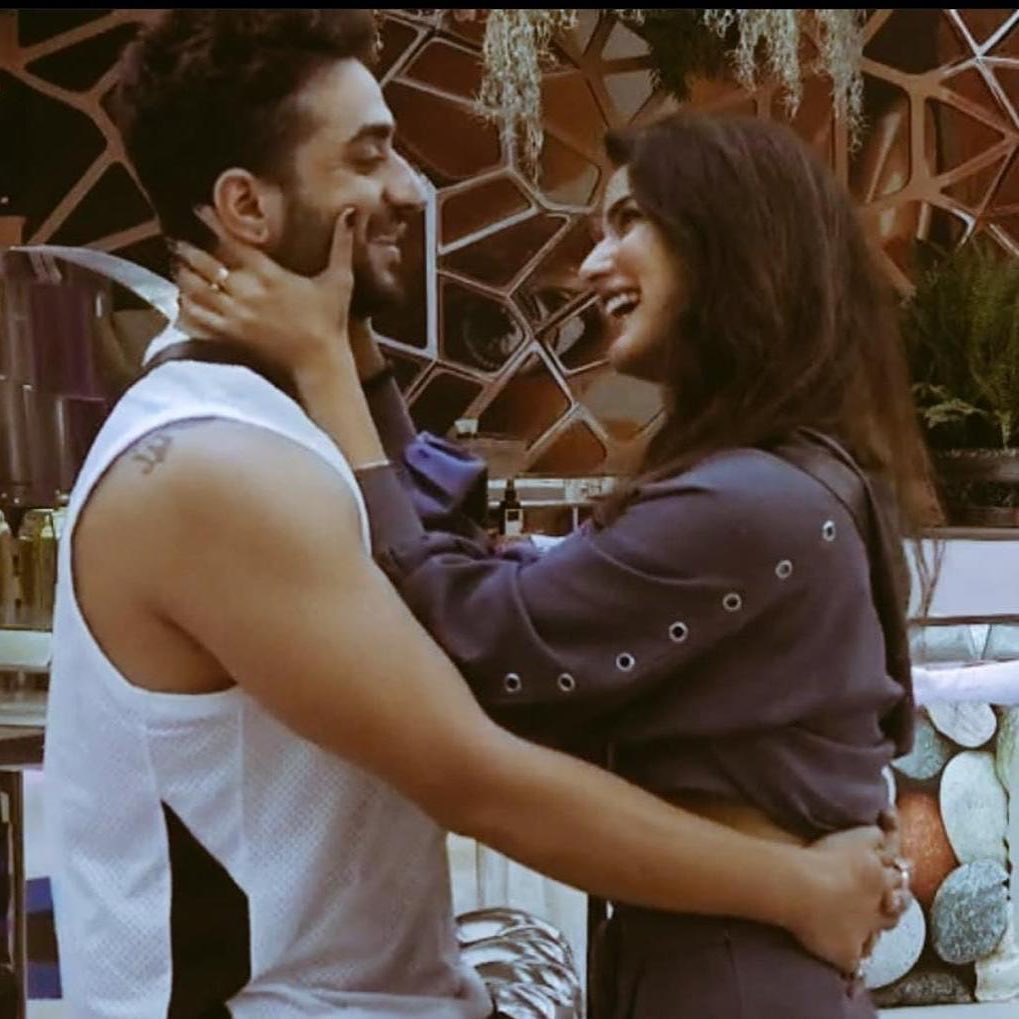 Well, we can't wait to hear the wedding bells in the Bhasin-Goni household!