Kapoors ke ghar aayi ek nanhi pari back in 2011 when Riddhima Kapoor Sahni and Bharat Sahni had embraced parenthood for the first time and were blessed with an angel, Samara Sahni. Since then, Samara is the heartbeat of not just her parents but the entire Kapoor and Sahni families. With the pictures and videos that Riddhima and Bharat post on their Instagram handles of their little one, we can easily decipher how she inherits the quality of the Kapoor members and that filmygiri runs in her blood. Being kind-hearted like her grandparents, Neetu Kapoor and late Rishi Kapoor, on-point style game like her mommy, Riddhima, simplicity like her father, Bharat and cuteness at par with her mama, Ranbir Kapoor; Samara is a lovely tweenager!

In Riddhima Kapoor Sahni’s words, Samara Sahni has Ranbir Kapoor ‘wrapped around her little finger’ and though ‘girls chase Ranbir he runs after Samara’. Just like Ranbir adores his little niece, Samara, his ladylove, Alia Bhatt is also in aww of the princess of Kapoor khandaan. Needless to say, Alia has become an integral part of the Kapoor family. She is deeply adored by the Kapoors and the feelings are indeed mutual as they are beautifully reciprocated by the actress! Alia leaves no chance to express her love and admiration for her beau, Ranbir and the Kapoor family. And because it is Samara’s birthday on March 23, 2021, how can Alia leave this special day to shower the little one with love! To mark Samara Sahni’s tenth birthday, her grandmother, Neetu Kapoor, parents, Riddhima Kapoor Sahni and Bharat Sahni, maasi, Karisma Kapoor and Kareena Kapoor Khan, and soon-to-be mami, Alia Bhatt posted heartfelt wishes for the big girl. Neetu Kapoor, Kareena and Alia posted the same picture of Samara with the messages, "Happy birthday my precious doll! Love you too much. Wish I could be there with you today!", "Happy Birthday dear Samara!" and "Happy birthday my cutie patootie!!! Sams a big girl now" on their IG stories respectively. Karisma posted a picture of Riddhima and Samara, and wrote, “Happy birthday Samara!” followed by a ‘Sending lots of love and warm wishes on your birthday’ GIF. 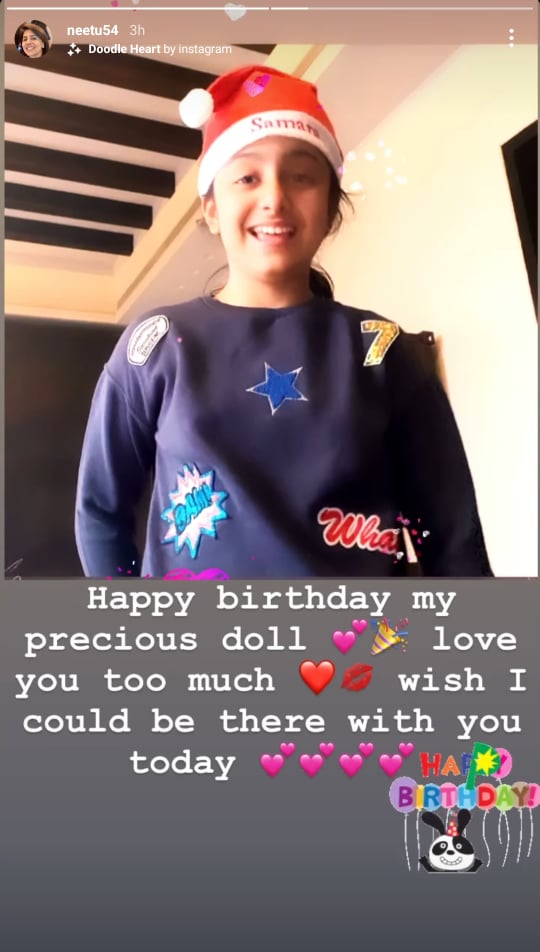 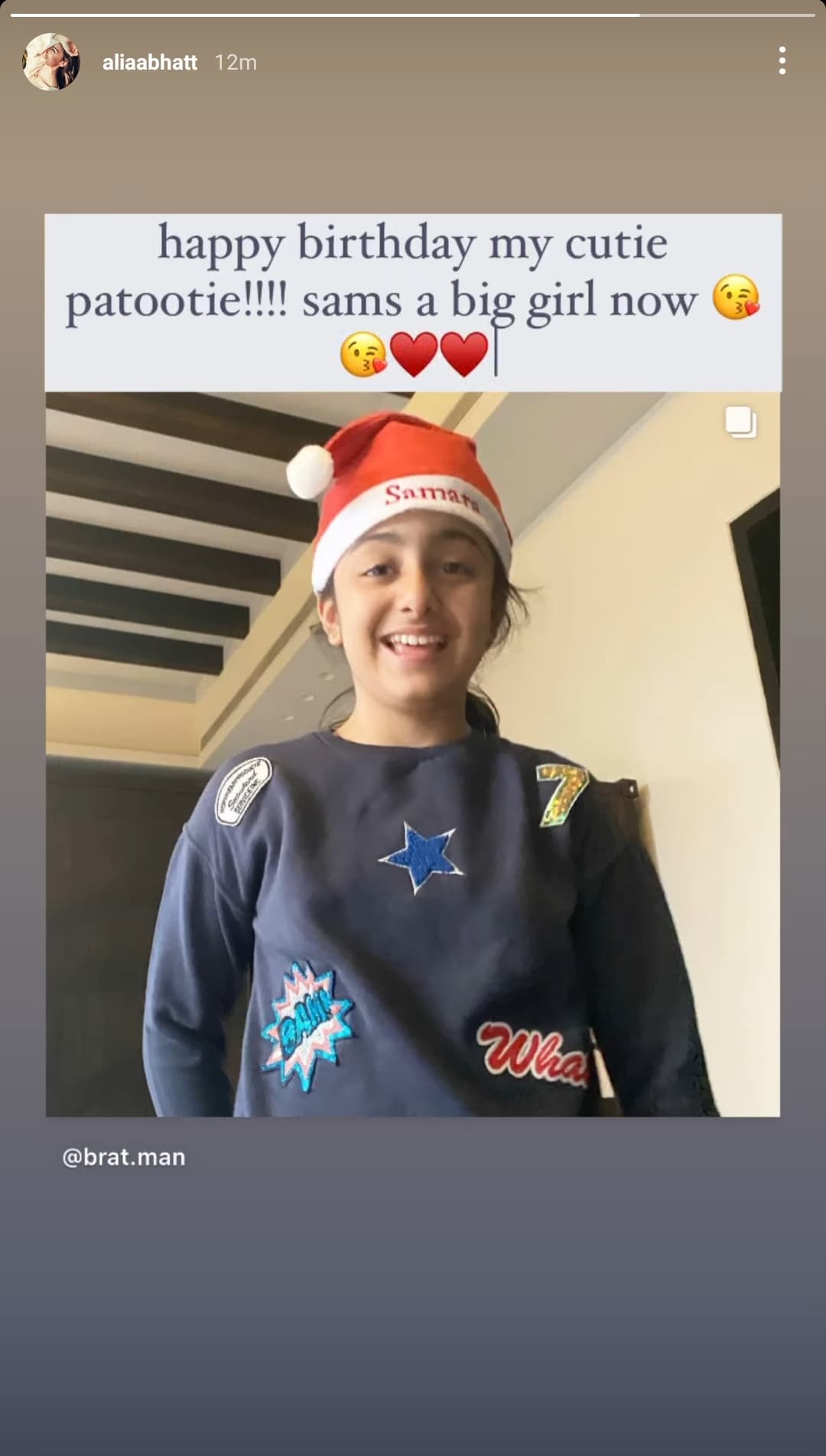 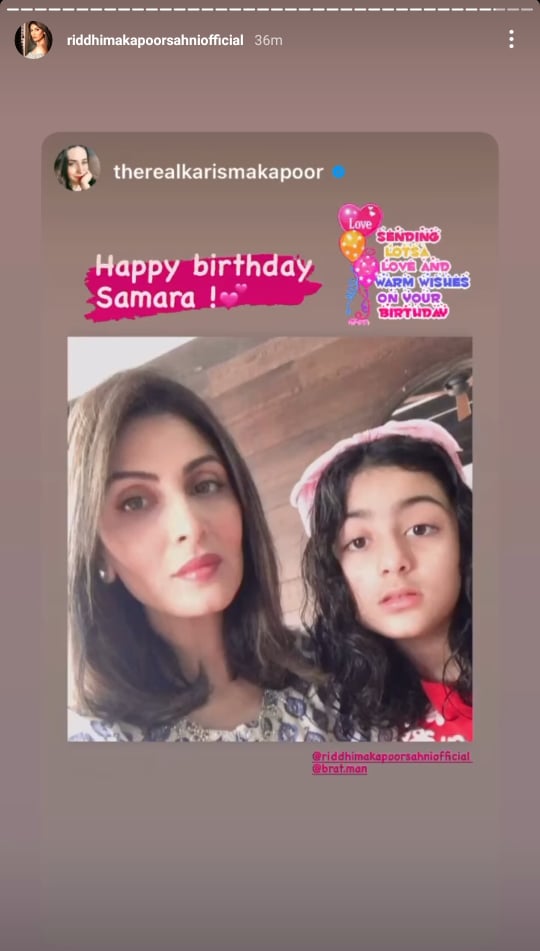 Riddhima Kapoor Sahni posted an array of pictures, comprising of some beautiful and cherishable moments of her daughter, Samara with her and the Kapoor clan. To wish her ‘precious’ and ‘the most beautiful girl’, Samara, Riddhima poured her heart out in the caption and her note can be read as “To my most precious! To the most beautiful girl - You have grown up so fine & you make me proud everyday! I love you my Sam. May your birthday sparkle just as much as you do! Happiest birthday my princess #samaraturns10.” Bharat Sahni also posted adorable pictures with the birthday girl and to wish his ‘kiddo’, he wrote, “Happy happy birthday Kiddo! Can’t believe you are double digits already. But remember no matter how big you get u will always be my lil girl. And I will always have your back. Love you the most. God bless #samaraturns10 #dontgrowupsofast” in the caption. 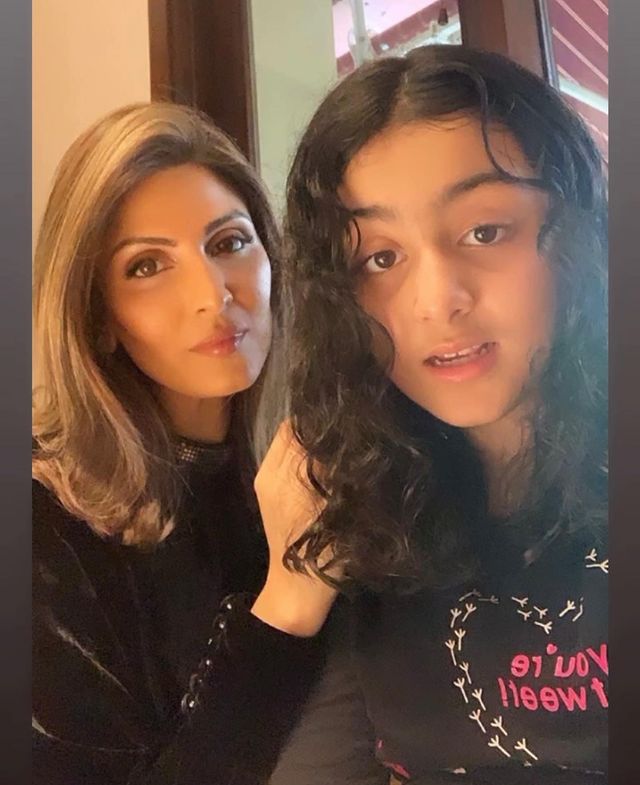 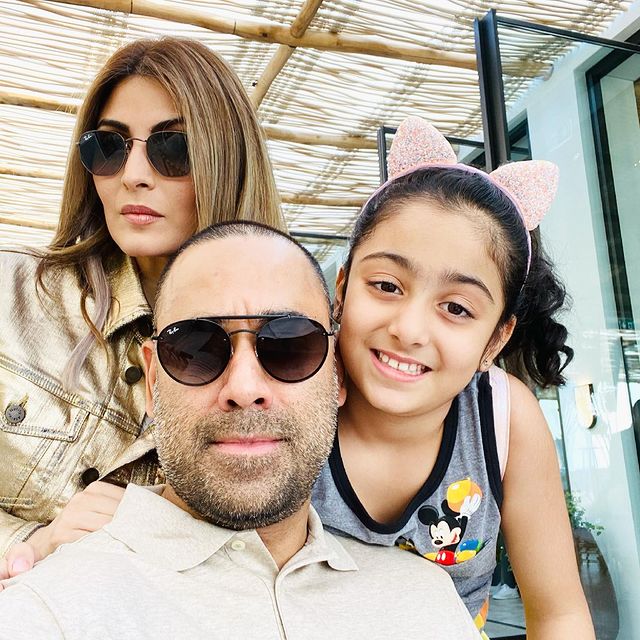 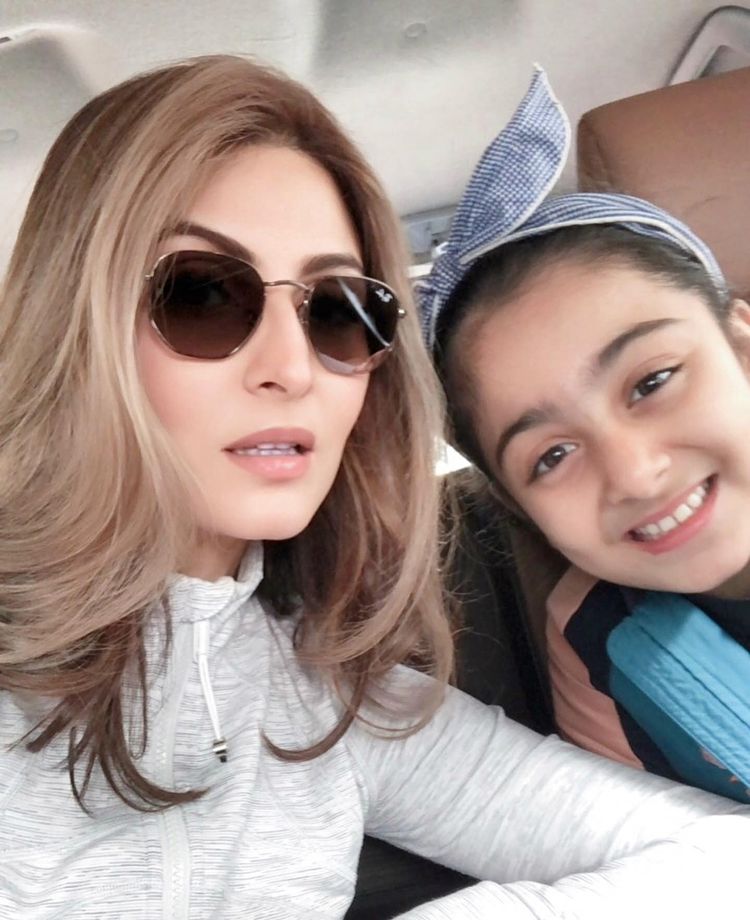 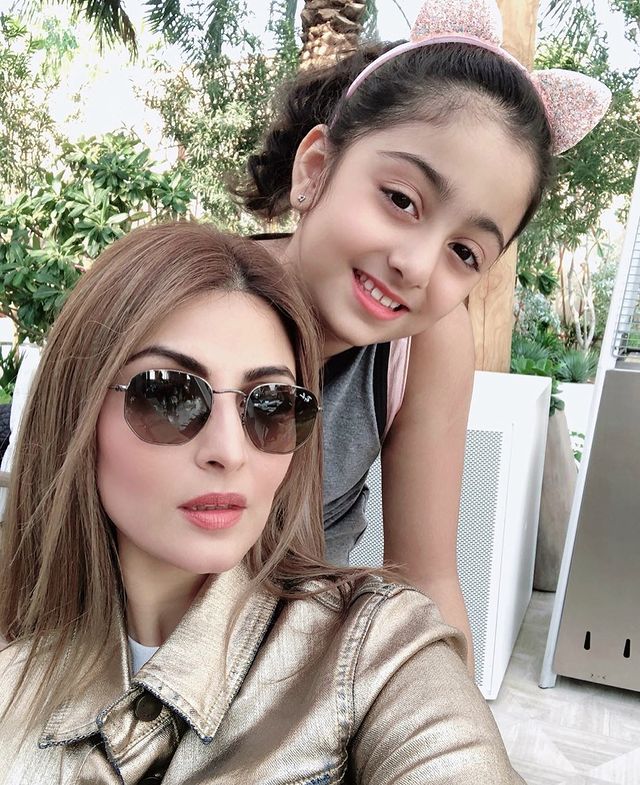 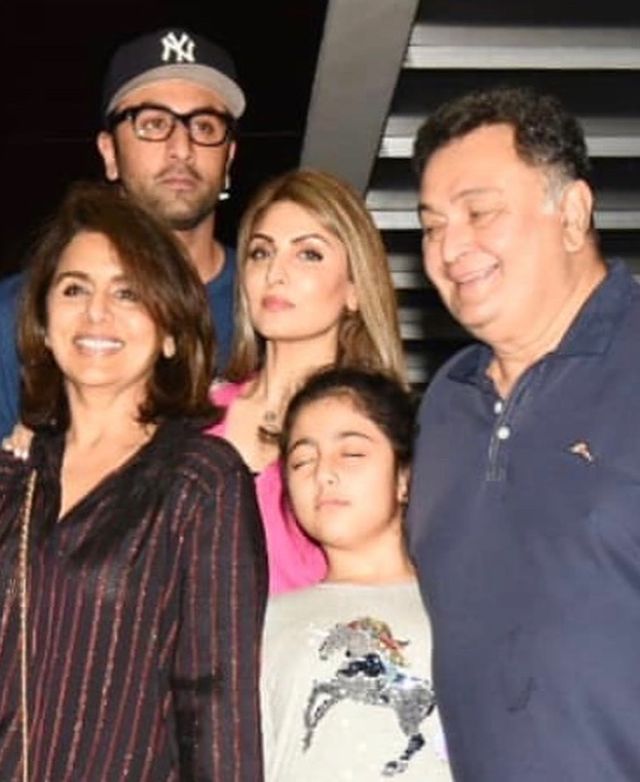 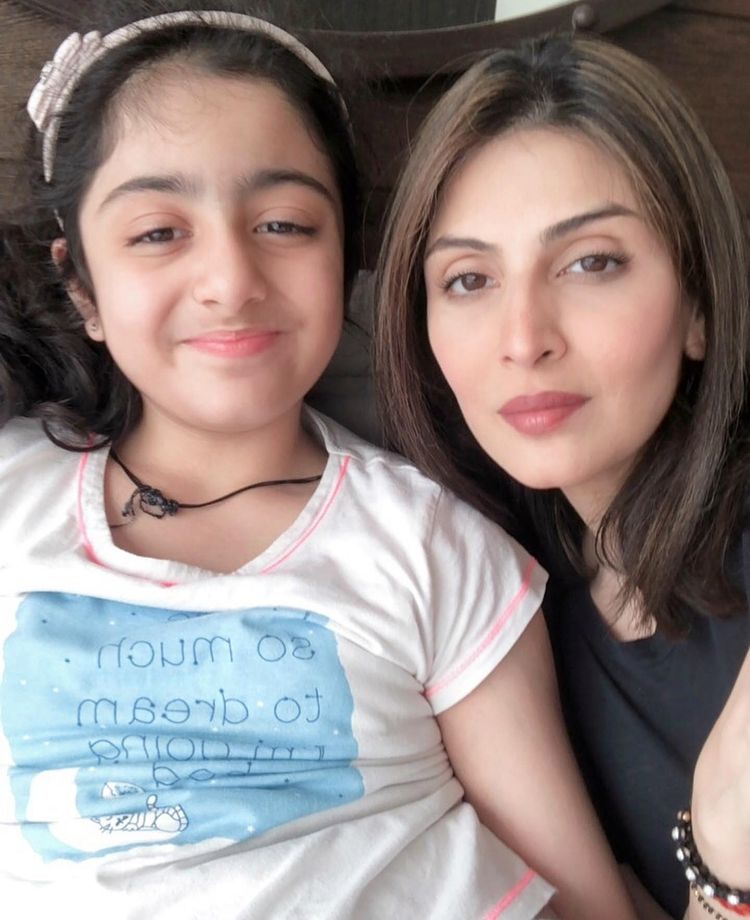 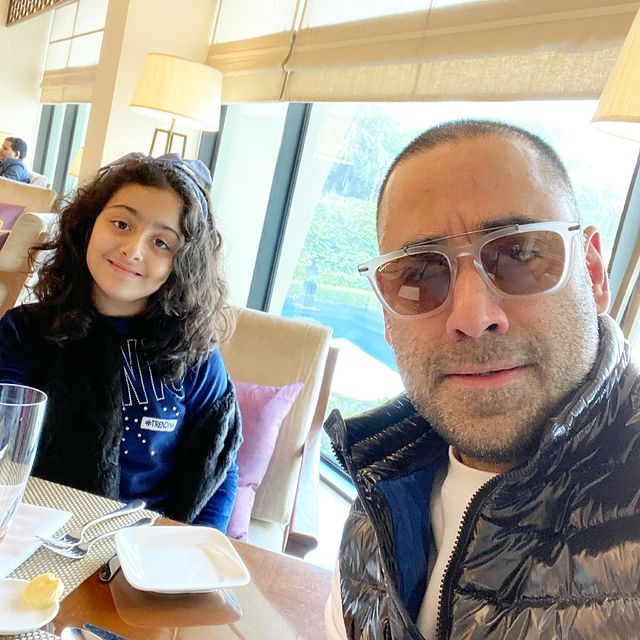 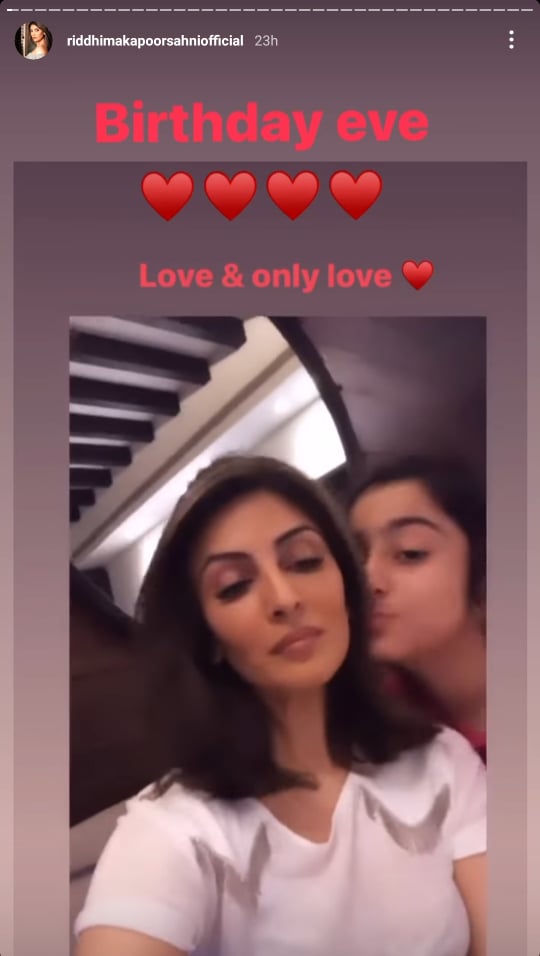 In a 2017 interview with Indusparent, Riddhima Kapoor Sahni had spoken about how her equation with her mother, Neetu Kapoor changed after the arrival of her daughter, Samara Sahni. Revealing how her life turned upside down, Riddhima had said, “I feel more connected to my mother now that I am one myself. Now I know my mother was right about everything. That time you think she’s not right, you’re rebel, but she was so right. We are certainly closer as friends and now we handle Samara together, because she’s quite naughty. My life changed after Samara was born. It was completely upside down, but a lovely journey, beautiful journey, and I’ve enjoyed having her. She’s growing up very quickly, but she’s just a joy. It’s so lovely to see your child grow in front of you and so beautifully.” Riddhima Kapoor Sahni and Bharat Sahni had launched an online kid apparel store, SAM & FRIENDS named after their daughter, Samara Sahni. When asked in a 2019 interview with Filme Shilmy how involved Samara is in the designs, Riddhima had retorted, “Not really as she is only 8-years-old but she definitely has a mind of her own when she wants to wear something. Kids these days are too smart and are another breed all together… But it is good that they know what they want. She has not really been involved with the designs and everything, as we have an in-house design team plus my husband and me, give our input. It’s so funny how my mother and I used to design jewellery together, now my daughter and I are modelling for our own brand. But Samara doesn’t contribute much in terms of the designs and all that – but we would ask her in a fun way “do you like this dress?” and she would be like “oh yes, I want it!”. So, we take her suggestions like that.”

(Also Read: Amrita Rao's Hubby Anmol Shares A Picture Of Her Feeding Their Son, Veer, Calls It A 'Surreal' Sight) 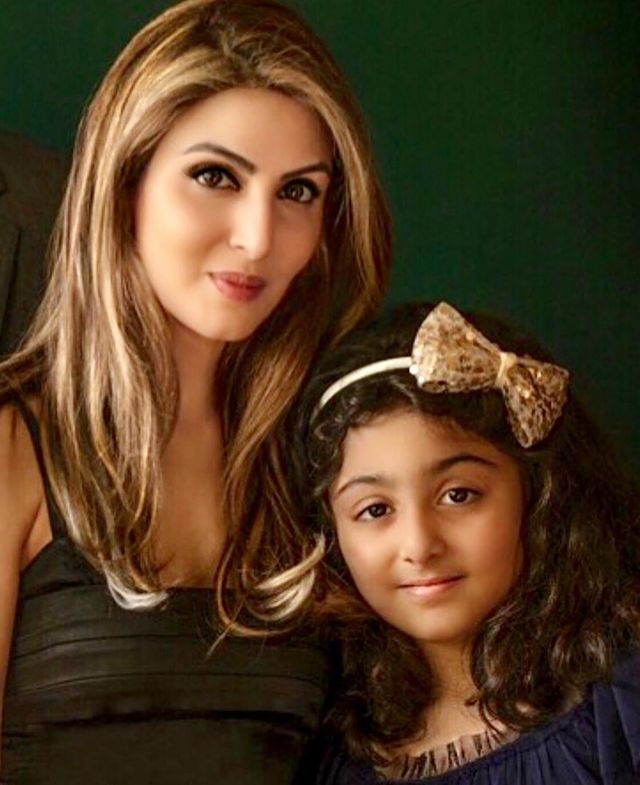