Who's going to be your best friend forever in the tinsel town is a difficult thing to apprehend. Once best friends, who were mostly spotted together in social gatherings and gym, don’t spend a lot of time together (apparently). We would like you to guess who we are talking about! (Hint: It has got to do with dating someone’s ex.) (Recommended Read: Shahid Kapoor And Mira Rajput Kapoor Twinned On Her Baby Shower, The Cake Was Of A Unique Theme)

We know it’s easier for you to guess because the celebs that we are talking about are trending everywhere! Yes, it is none other than ‘once’ BFF’s Alia Bhatt and Katrina Kaif, and their beau (current and ex respectively) Ranbir Kapoor! Earlier, both Alia and Katrina used to post pictures of the both of them together, backed by cheesy captions. But ever since Alia and Ranbir started going around, this social media activity of the B-town BFF’s has noticeably decreased.

Alia Bhatt Has The Best Birthday Gift For Boyfriend Ranbir Kapoor, She 'Baked' It All By Herself 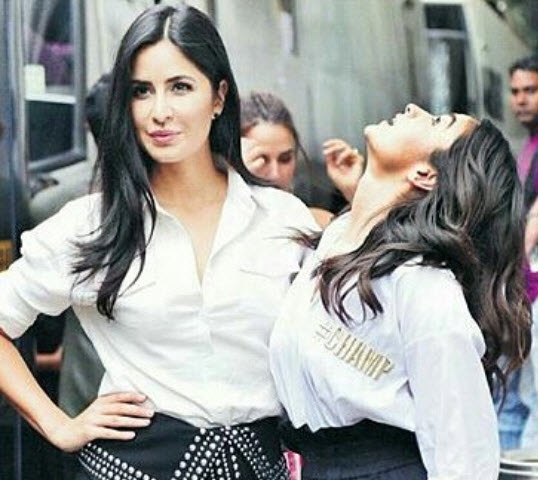 It is the beautiful Katrina Kaif’s birthday today, and Alia made sure that her heartfelt wish for her once BFF reaches her. The Raazi actress took to her Instagram story and posted a drool-worthy picture of herself and Katrina, where they were seen wearing similar designed but differently coloured BFF robes. Atop the picture, she wrote “Happiest Birthday @katrinakaif” and complemented it with a balloon and cake sticker. Here’s the picture: At one point in time, Alia and Katrina’s friendship was going strong. There were pictures of them sleeping on planes, posing for pictures and what not! Alia had once spoken of her bond with Katrina. Sharing the same, she had said, “I've known Katrina for a couple of years now. We've got to know each other organically. It all happened when Kat and I started spending time in the gym. Today, she’s someone who I can say is my friend. I know I can count on her when I'm in trouble and she can count on me, for sure. She's got my back and I've got hers." (Also Read: Karan Singh Grover Comments On Ex-Wife, Jennifer Winget, After Watching Her Show, 'Bepannaah')

But Alia’s growing closeness with ex-beau Ranbir apparently did not go down well with Kat. As per previous reports, a source had shared with Pinkvilla, “The entire cast and crew have been talking about RK and Alia's closeness while filming Bramhastra. Katrina got to know about it from some common friends who were working on the film. She is upset and would have appreciated had Alia told her about her closeness with Kapoor." Speaking of the once BFF’s camaraderie, a source had commented on the same. It said, “Katrina who is not known to share buddy vibes with any other actress had warmed up to Alia, giving the younger girl lots of fitness and food advice. That apart they also shared a lot of girl-time together. This was all before Alia began to grow close to Ranbir Kapoor.” (Checkout! Mahesh Bhatt Opens Up About Daughter Alia And Ranbir's Rumoured Affair, Says 'He Has A Unique Charm')

However, as per a recent Filmfare report, it may be apprehended that everything is going smooth between Alia and Kat. In an interview with Filmfare, Alia shared, “I'm a nice person and so are the girls you mentioned. We are all warm and cordial towards each other. I am particularly close to Katrina and Priyanka because of the time I've spent with them.'' She further cleared the air that nothing is rife between her and Kat. She said, “'I get along with people who're passionate, focused and have this ‘let's kill it attitude'. There's no insecurity between us [her and Katrina]." 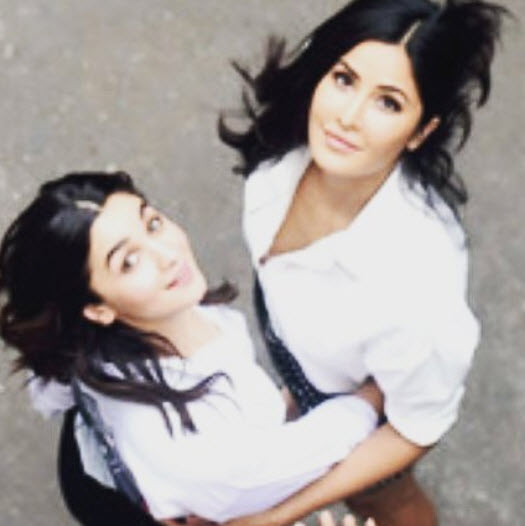 Katrina and Ranbir were dating for over 6 years when the couple decided to call it quits. In a chat with Karan Johar on his show, Koffee With Karan, Katrina was asked if she has been ever cheated in a relationship. To which the Tiger Zinda Hain star replied, “When you are caught in the storm, it doesn’t matter what the weather report says. It’s the actuality that’s bothersome enough.” 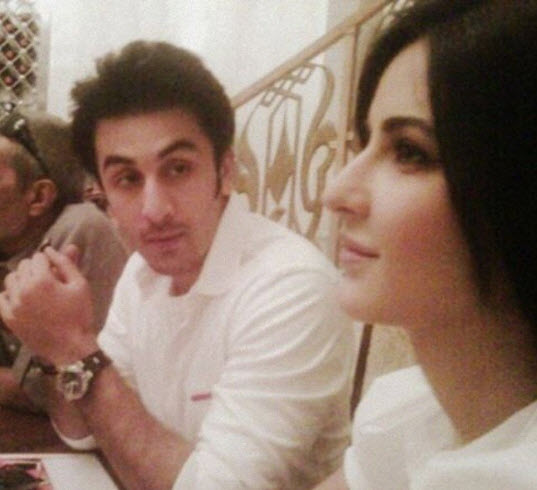 And further added, “Cheaters will cheat anywhere. The back of my head wants to believe that I am (lucky in love). But the front of my head says ‘be careful’. I don’t think I can make such claims, because where it selfless love, then I would not feel the need to assert myself as much in the relationship.” (Also read: Katrina Kaif Finally Breaks Silence On Her Break-Up With Ex-Boyfriend Ranbir Kapoor)

Well, we hope everything becomes the way it was between Alia and Kat. For Katrina, we wish you a very happy birthday!

Alia Bhatt Has The Best Birthday Gift For Boyfriend Ranbir Kapoor, She 'Baked' It All By Herself