In an interview, Alia Bhatt opened up about her wedding rumours with her boyfriend, Ranbir Kapoor and compared them with a fable. Check out her words!

Alia Bhatt has time and again proved her acting prowess in the Bollywood industry with her films like Highway, Raazi, Dear Zindagi, Kalank, Gully Boy and many more. Currently, she is promoting her upcoming movie, Gangubai Kathiawadi, directed by Sanjay Leela Bhansali. Apart from her acting, Alia has been hitting the headlines currently for her relationship with the handsome Bollywood actor, Ranbir Kapoor. It was Alia who had confessed about her crush on Ranbir Kapoor, for the first time, on the famous talk show, Koffee With Karan. And the shooting of their film, Brahmastra, played the role of a Cupid between them, bringing them closer. Since then, we have been in love with the couple's mushy PDAs and cute romantic banter during public appearances.

Alia Bhatt is a proud girlfriend and never misses a chance to shower love on her beau, Ranbir Kapoor. On February 5, 2022, Alia had taken to her Instagram stories and had shared a post uploaded by her fan page. A collage of Alia's 'Gangubai' pose from her upcoming movie, and Ranbir perfectly acing his girlfriend's signature pose in the film was seen in the post. Reposting the collage, Alia had written: 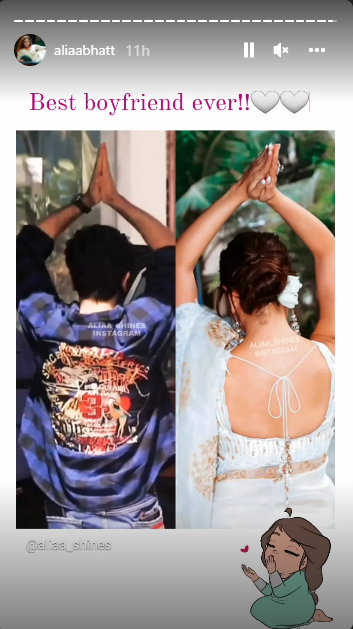 In an interview with the Film Companion, Alia Bhatt was questioned about her wedding rumours circulating in the media for quite some time now. The actress wittily dragged a comparison with the fable, 'Boy Who Cried Wolf' and mentioned that when she will marry Ranbir Kapoor in reality, people will take it as a rumour, which will be great for her. Alia said:

"Whoever is spreading these rumours, it has become like the boy who cried wolf. They are crying wolf so often that actually when I am supposedly getting married, people will think it's a rumour and it will be great for me because no one will know." In a candid chat with the Filmfare magazine, Alia Bhatt had once revealed if Ranbir Kapoor is difficult to tackle. The actress had addressed the question with a sweet reply and had stated her take on her wedding as well. She had said:

"He's not difficult. He's a gem. When I met him for the first time in my life. Again, let me tell you he's not difficult. He's a supremely simple person. He's such a nice human being that I wish I was as good as him. As an actor, as a person, as everything. He's way better a person than I am. And about getting married? Well, that's the only thing that's irritating right now. Every morning I wake up to the news that I'm getting married. I tell him what the hell. I guess he's used to it."

Next Read: 7 Months Pregnant Bharti Singh Gets A Surprise Baby Shower On The Sets Of Her Show, 'Hunarbaaz' 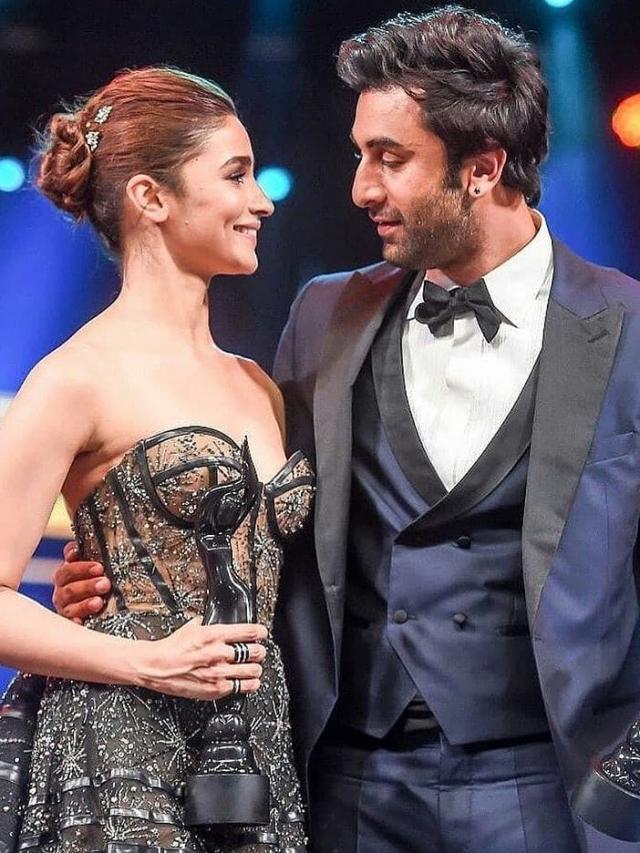 On December 15, 2021, the cast of Brahmastra had unveiled the poster and had announced the release date of the much-awaited film. During the event, Alia Bhatt had asked Ranbir Kapoor if he remembered the first day when it had all started. To which, Ranbir had quipped, "You mean, when 'WE' started?" Then, answering his girlfriend, Alia, Ranbir had not just revealed the exact date and place but had also shared one of the cutest moments of their relationship. He had said:

"2017, January 1, Israel, Tel Aviv. And, I remember there's a picture on your Instagram that you put the next morning with a black ganji and a leather jacket which, by the way, she sent to me 15 minutes before she put it on Instagram." In an interview with Rajeev Masand, Ranbir Kapoor had shared that had there not been the pandemic, he would have been married to Alia Bhatt. In an interview with NDTV, Alia had reacted to the same and had shared that she is already married to Ranbir, in her head. Sharing that whenever their wedding happens, it will be in a beautiful way, Alia ad said:

"I'm already married to Ranbir Kapoor in my head. And, I think I've been married to him in my head for a long time. But, I think he's not wrong. I think definitely. But, everything happens for a reason. I feel like the timing of even when we get married, it's all going to work out in all the right and beautiful way." What do you think about Alia's take on her wedding rumours with Ranbir Kapoor? Let us know.

Next Read: Ranveer Singh Shares A Lip Lock Picture With Deepika Padukone, Gives A Twist To Her 'Doobey' Song

Ranbir Kapoor Gets Trolled As He Decides To Become Stay-At-Home Dad, While Wife Alia Bhatt Will Work 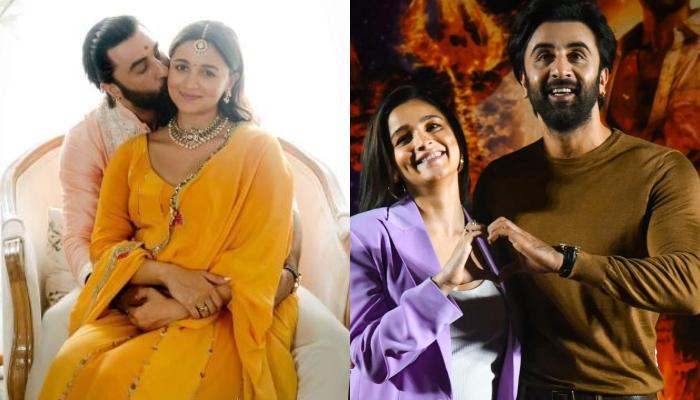 Parenthood is a wonderful journey, and every married couple looks forward to it. Although this new phase changes their life, they are more than happy to dedicate their life to their little ones. Parenthood comes with its own share of ups and downs, and the loving couples try their best