On the night of February 5, 2021, Alia Bhatt and Shaheen Bhatt went on a date and the latter gave a glimpse of how stunning her sister looked in her OOTN.

Alia Bhatt and Shaheen Bhatt are one of the best sister duos of B-town and fans admire them so much for their lovely bond, which is relatable to every girl out there. Just like every sister duo, who are each other’s confidante, with whom you don’t need words to communicate as a look is enough to speak for your feelings, Shaheen and Alia share the same relationship. Alia has her forever friend and second mother in Shaheen and this sister duo is each other's inspiration, partner-in-crime, pillar of strength, shopping partner and basically everything! Every picture of Shaheen and Alia speaks volumes of their sisterhood. (Also Read: Natasha Dalal's Red Thigh-High Slit Outfit With White Chooda Look Gives Modern 'Nayi Dulhan' Goals)

Alia Bhatt often interacts with her fans and in January 2021, she had followed the social media trend of ‘post a picture of’ by hosting one such session on Instagram. Alia had captioned her session as “What should I post a photo off?” and when asked to share a picture with her favourite person, while fans had expected her to post her beau, Ranbir Kapoor’s photo, she surprised everyone by posting her sister, Shaheen Bhatt’s picture. Alia had taken a trip down the memory lane to find a perfect picture of Shaheen to post. Sharing a throwback picture from their trip to Ranthambhore for New Year 2021, Alia had captioned Shaheen’s photo as “My Sweetie @ShaheenB.” Looks like Alia Bhatt and Shaheen Bhatt have headed off for another vacation to an undisclosed location as the sister duo is teasing their fans with glimpses of their holiday. On the night of February 5, 2021, Alia and Shaheen went on a date and the latter gave a glimpse of how stunning her sister looked in her OOTN. Alia flaunted the colour of love and the Valentine month i.e., red and opted for a beautiful dress which she paired with golden hoops. Alia’s wavy and messy hair added to her charm. Shaheen wrote, “Dinner date” followed by a yellow heart emoticon atop the picture. 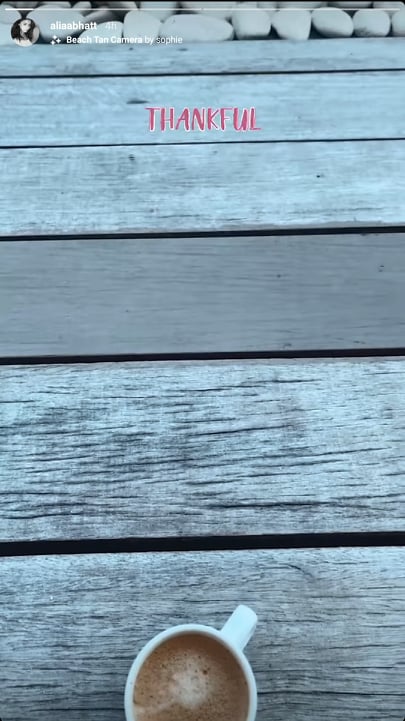 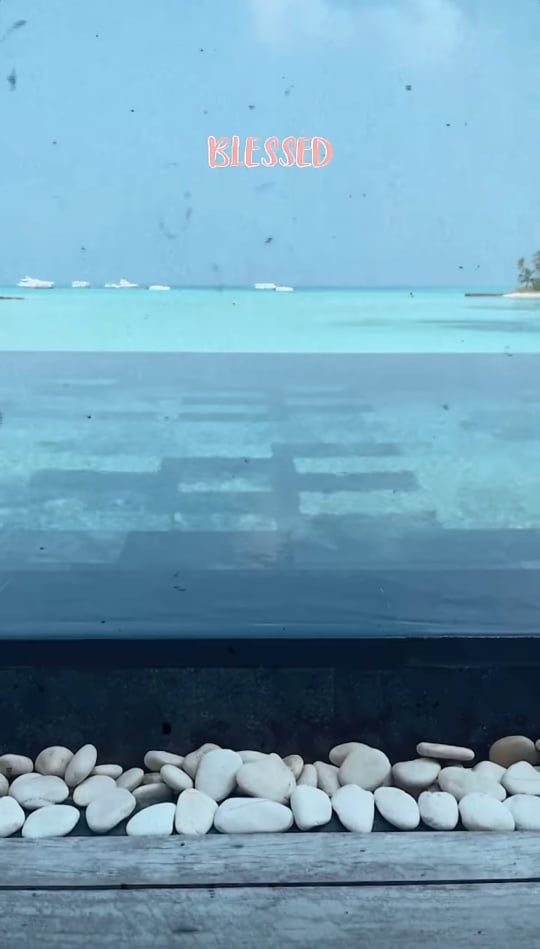 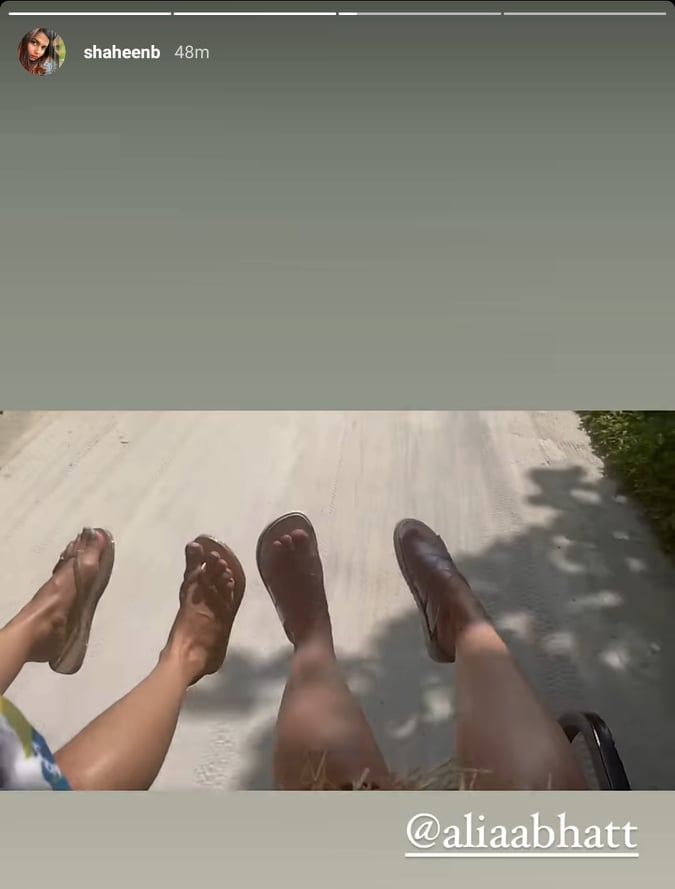 Alia Bhatt is one such celebrity, who is as real as it gets when it comes to her social media and there are no second thoughts about that. Even though her relationship with Ranbir Kapoor is well-guarded, she had not kept it as a secret. On February 2, 2021, Alia had interacted with her fans in a fun ‘True or False’ session and answered questions about her love for food, animals and the number ‘8’. When Alia was asked if she loves number 8, she had replied, “True. Love” making a hand-heart sign and blushing throughout the 5-second video. For the uninitiated, 8 is Ranbir's favourite and lucky number. (Also Read: Shanaya Kapoor Steals Suhana Khan's Skirt For Belly Dance Routine, Her BFF Has The Sweetest Reaction)

We love swooning over celebs' pictures and videos but it is their childhood pictures that hold a special place in every fan's heart. Fans love the childhood pictures of the celebrities and drool over their cuteness. In mid-2020, Alia Bhatt had posted a vintage childhood picture of herself as a blast from the past and her adorable expression is enough to bring a smile on our face. Alia had captioned the picture as "Spread some love." Soon, her post was flooded with adorable reactions from her friends and family. While her sister, Shaheen Bhatt had commented, "My angel", her mother, Soni Razdan had written, "Sweetie pie" with an array of hearts. Deepika Padukone had written, "Cutie" with a heart-eye emoji, Ranveer Singh had commented, "Awwwwwwwwww". 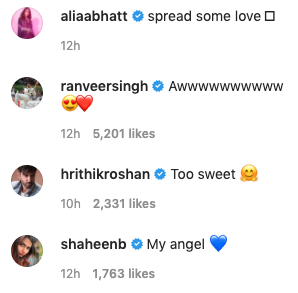 A few months ago, Alia Bhatt had posted a sister special video with Shaheen Bhatt on her YouTube channel, AliaBe. On her day off, Alia had gone down the memory lane and recalled some precious memories with Shaheen as the sisters answered some questions about each other in the Sister Tag game. From describing each other to answering questions like who keeps the room cleaner, what they like doing with each other and their funniest childhood memory, Alia and Shaheen had given a sneak peek into their sisterhood. (Also Read: Sushmita Sen Is The Happiest Girl In The Universe With Rohman And Alisah, Renee And Charu Are In Awe) 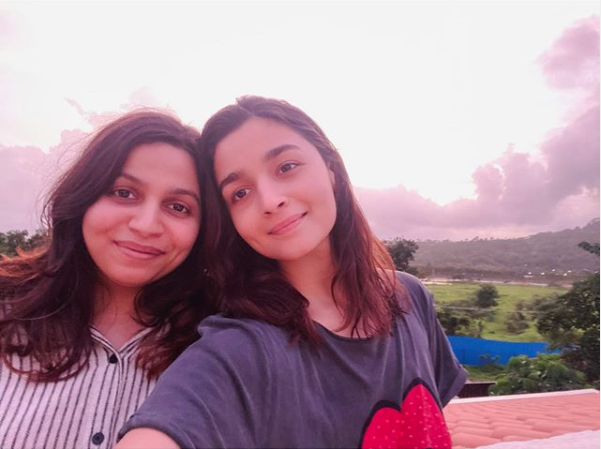