As much as you would love to see your bestie getting hitched, with you making the most at her wedding, it is the dreaded moment of vidaai, when your best friend embarks on a new beginning in life, with her ‘prince’ by her side. Speaking of bestie's weddings now, it totally reminds us of one of the most beautiful and talented actresses of Bollywood, Alia Bhatt, who has turned out to be one of the most stunning bridesmaid for her bestie, Devika Advani. (Do Read: Shilpa Shetty Kundra Dances Her Heart Out At 'Nanad' Reena's Mehendi And Sangeet Ceremony [VIDEO])

Alia and her array of girlies are having a gala time in Delhi for Devika’s wedding and every new picture that is popping up on our social media feeds, makes us want to buy apparels like the Gully Boy actress. From the mehendi, haldi, sangeet and wedding, Alia chose to flaunt designer wears, which only makes it hard for us to guess which dress is better than the rest! In case you missed out on the same, here is a look each from all of the wedding festivities that Alia attended: 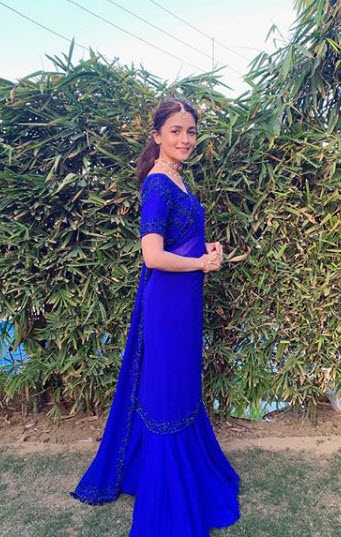 Beautiful is an understatement in here, right? After burning the dance floor with some phenomenal performances on songs like Lamberghini, Coca Cola Tu and Maahi Ve, Alia was seen looking ethereal in a blue saree, traditional nude jewellery and make-up, and a potli at the wedding. But what further accentuated her look was her messy ponytail that she carried off really well with her saree. While you have already seen how she looked in the picture above, let us tell you that the super-emotional Alia got all teary when it was time for Devika’s vidaai. From making space for the newbie bride to pass through to clicking with her girl gang, the pictures and a video below, will make your heart melt! 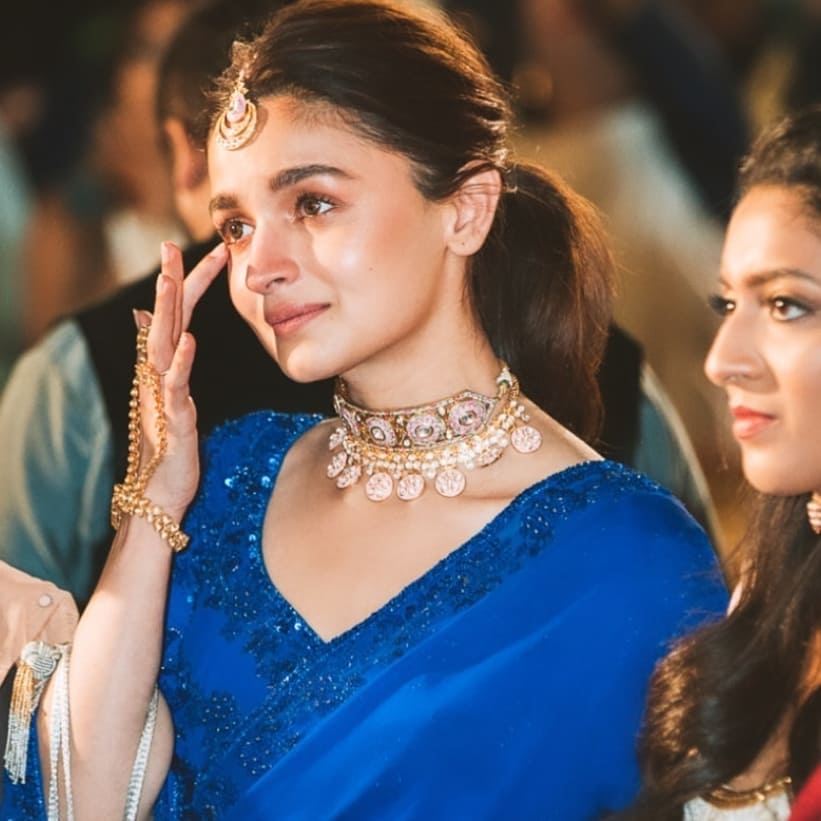 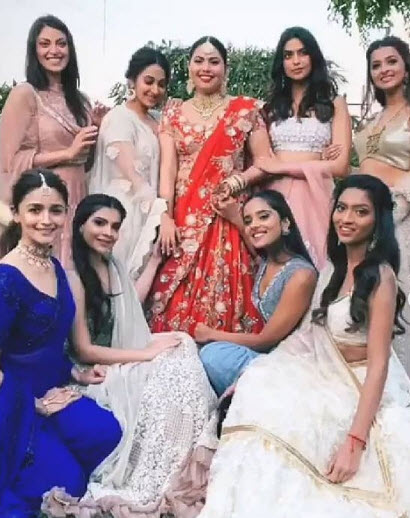 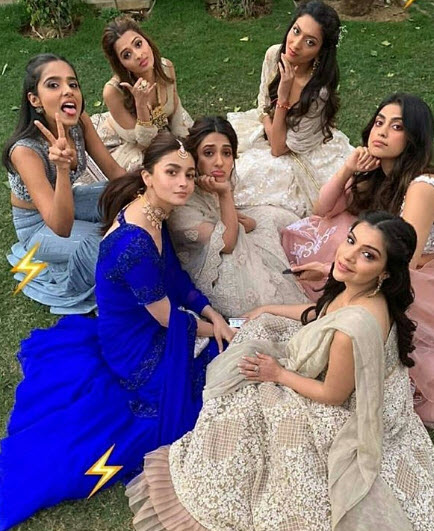 This is not the first time when Alia broke down on her friend's wedding. Early last year (January 22, 2018), when the first bestie from her girl gang, Kripa Mehta had gotten married, Alia couldn’t hold back her tears during the vidaai ceremony. In the following video, you can see that as Kripa passed by, Alia was inconsolable until someone gave her a shoulder. Here’s a video of the same: (Must Read: Alia Bhatt And Bridesmaids Burn The Dance Floor With 'Lamberghini-Coca Cola Tu' At Devika's Sangeet)

While we did get all emotional, but videos like these make us wonder as to when Alia’s set of girlies will reciprocate the same during the actress’s vidaai! Alia is in a ‘not so rumoured anymore’ relationship with Ranbir Kapoor and grapevine is abuzz that the duo might head towards a 2020 wedding. We had also shared with you that on Ranbir’s 36th birthday on September 28, 2018, an insider told online portal BollywoodLife that their respective mommies (Soni Razdan and Neetu Kapoor) were discussing about Alia and Ranbir’s marriage over the latter’s birthday dinner! Yes, a source revealed to the same portal, “Alia is in a great phase of her life right now. She is in love and they both are sure of each other. Marriage is certainly on the cards but it won't happen before 2020." 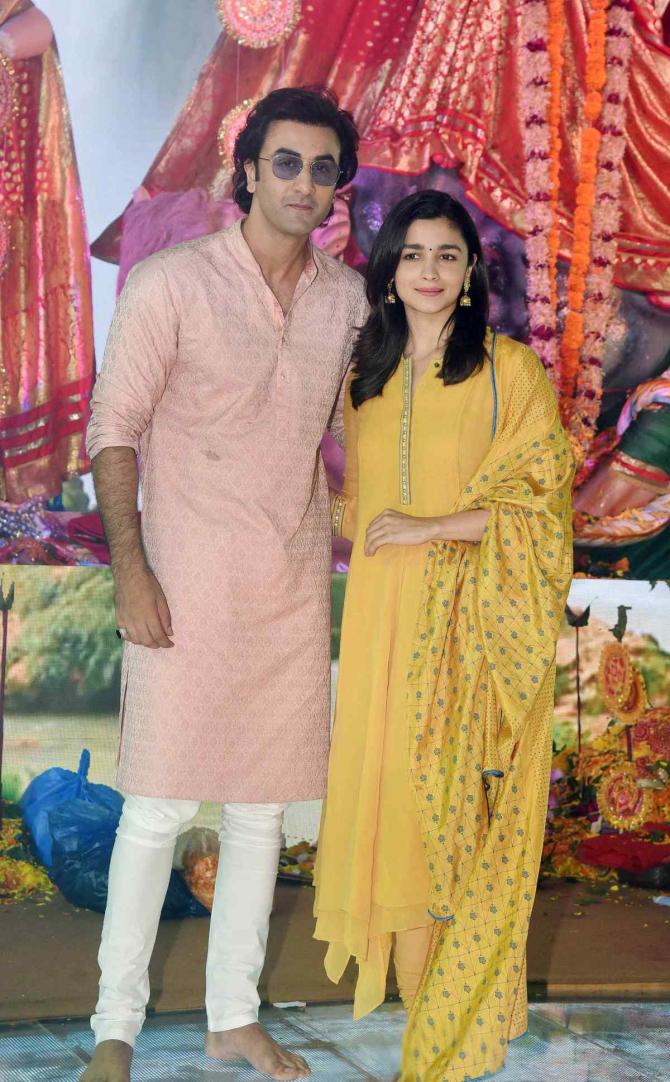 However, Alia refuted her wedding rumours in several interviews and stated, “I’m too young to think about it. When I feel there’s a need to be in a stronger bond with him, we will come to it. But right now, I’m married to my work and I also have my relationship going well on the side." About her 2020 rumoured wedding, the Raazi star further stated, “I don’t understand the need for everyone to discuss this (my wedding) all the time. But then, I think to myself that it’s a simple question and my answer remains the same. If I’m not getting married right now, that’s what I’ll say. I’m happy being in a relationship, but that doesn’t mean I’m tying the knot just yet.” 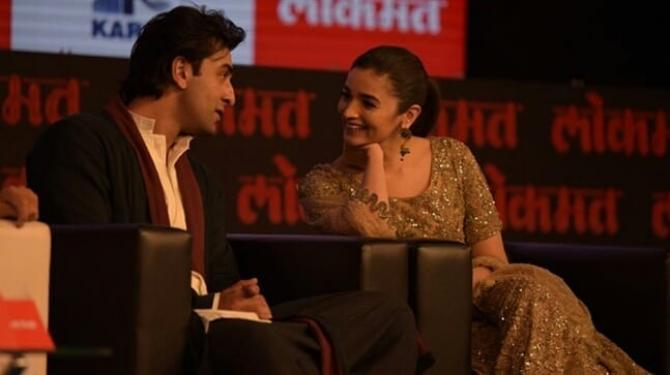 When Alia was 15, she was screen tested for a movie, Balika Vadhu, with Ranbir Kapoor. Alia had, from the very beginning of her career, been completely vocal about her crush for Ranbir. The Student Of The Year actress was asked by Filmfare about what she likes and dislikes about Ranbir Kapoor. To this, Alia had replied, “I’ve gotten to know him in the last couple of months since we began work on Brahmastra. I’ve interacted a lot with him personally. But what I genuinely love about him is that he’s all heart. He’s a very very pure and simple person. There’s no fuss and that same simplicity translates in him as an actor as well. That’s why you can always see through him and see into his eyes. That’s why he’s got that effect on you. He’s simple. He’s not trying to emote or express. Ya, that’s what I like most about Mr Ranbir Kapoor. What I do not like about him? I don’t dislike anything about him as of now.” (Also Read: Pooja Bedi Gets Engaged To Boyfriend Maneck Contractor, Shares The Details Of Her Sky High Proposal) 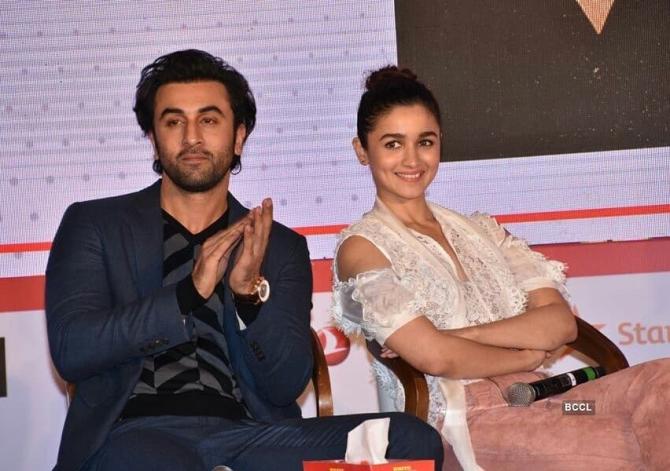 Do you know, Ranbir’s father, legendary actor Rishi Kapoor also shared that he feels its time Ranbir starts thinking about his marriage seriously? Rishi Kapoor had revealed, “It is high time he got married. I settled down when I was 27, Ranbir is 35. So he should think about marriage. He can marry anyone of his choice; we don't have any objection to it. I want to spend time with my grandchildren before I am gone.” He further shared, “[Be it] Ranbir or his contemporaries, actors have blinkers on and are focused on their work. The only women they meet are the actresses. They don't socialise as much; that is the flipside of life in the movies.” 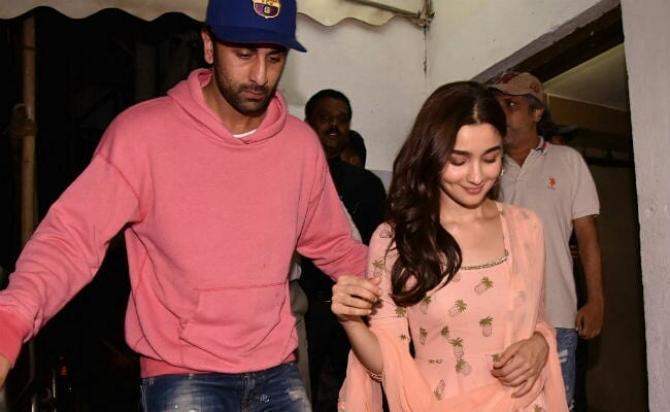 Guys, which look of Alia from her friend, Devika’s wedding do you like the most? Keep us posted!