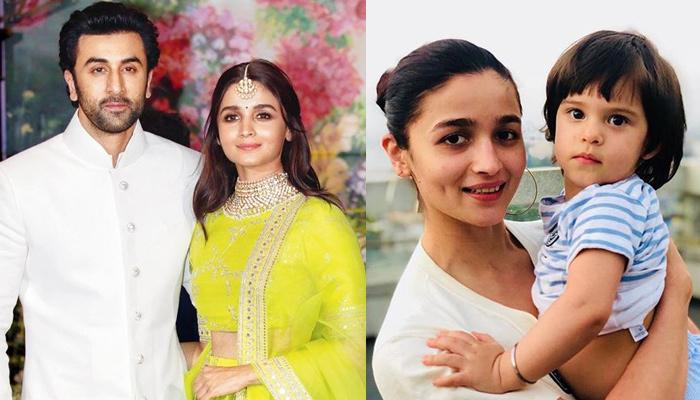 Has it ever happened to you that when your parents head off for somewhere, they ensure that someone close or a trusted being is informed about the same? He or she, in turn, comes to visit you during their absence and you end up having a gala time? If your answer to all of the above questions is a ‘yes’, then you are certainly at the right place for we are about to share something very interesting about one of your favourite Bollywood celebs! (Do Read: Bigg Boss 12 Contestant Dipika Kakar Cries After Seeing Surprise Gift From Family, Its Very Precious)

While Ranbir Kapoor and Alia Bhatt are one of the talked about pairs in the industry, Alia’s mentor, Karan Johar is undoubtedly, one of the most-loved celebrity daddies. The camaraderie that Alia Bhatt shares with Karan Johar, must not be unknown to you. From treating Karan’s twins, Yash and Roohi as her own siblings to spending time with them whenever possible, the ‘sibling’ trio of Alia, Yash and Roohi in one frame would surely make you go ‘awww’!

A lot of our Bollywood stars, of late, are in Italy. Thanks to billionaire Mukesh Ambani’s daughter, Isha Ambani’s engagement to Anand Piramal and a couple of fashion shows by stupendous designers, Italy is blooming with celebrities! One of the most stylish and eligible bachelors of Bollywood, Karan Johar is off to Milan for a Gucci fashion show, leaving his darling twins behind. But not to worry as guess who’s there for the kiddies? Karan’s beloved, Alia Bhatt and her beau, Ranbir Kapoor! As Karan left for Italy, Alia and Ranbir were clicked by shutterbugs outside Karan’s Bandra residence after spending some quality time with Karan’s babies. Take a look at the pictures below:

A few hours back, the doting daddy, Karan, posted an adorable picture of Roohi looking super-cute cuddled in Alia's arms, and the duo could be seen posing for the camera. Karan captioned the picture as, "My girls!!!!" backed by a couple of heart emojis. If you were missing out on the bronze-haired Yash, worry not, for the Kuch Kuch Hota Hain director posted a super-cute picture of his baby boy, where the one-year-old has already learnt to pose. Sharing a picture of him, Karan wrote, “Posing like papa! Learning early!” Here are the pictures: (Also Read: Ajay Devgn Shares Wife Kajol's WhatsApp Number On Twitter As Prank, Her Reaction Is Every Wife Ever) 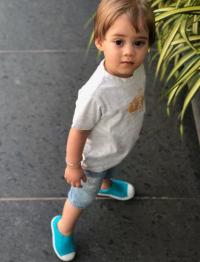 Speaking to a leading portal soon after embracing fatherhood, Karan was quoted as saying, “People have been dropping in non-stop to see them, they come in shifts, and I’ve been running around serving them tea and snacks. Alia Bhatt comes every other day and sits for hours”. On Raksha Bandhan this year (2018), Karan shared an adorable picture where Alia was seen tying a rakhi on Yash’s wrist. The caption that went along with the picture could be read as, “Big sister love!!!! @aliaabhatt and Yash!!!! #happyrakshabandhan”, followed by a couple of heart emojis. Checkout! 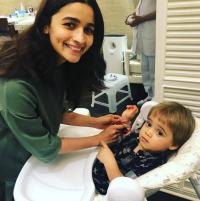 Isn’t it adorable beyond words? Coming back to Alia, Ranbir and Karan, it was the latter who first made Alia speak to Ranbir. Recalling their first-ever conversation at Koffee with Karan, Alia was quoted as saying, “I remember the first time I spoke to Ranbir. You (Karan Johar) called him up when Rockstar just released and you said, 'Here, talk to Ranbir. Tell him how much you love him'. And I spoke so much rubbish. I was just talking non-stop, and he was like, 'Yeah, that's very nice, Alia'."

Not just this, Karan also feels that Ranbir Kapoor will make for the best husband in the world! And Karan has already passed on this message to the Rockstar’s lady-love! In a candid chat session, Ranbir asked his director-friend for some advice to be passed into his girlfriend. To which Karan responded back by saying, “That you are the best husband in the world aur maine woh advice de diya hai, Ranbir (I have already given that advice)!” (Don't Miss! Priyanka Chopra-Nick Jonas And Sonam Kapoor-Anand Ahuja Enjoy Double Date On Poolside)

Wow, looks like the world is on a confirmation spree! Do you long to see a picture of Alia, Ranbir, Yash, Roohi and Karan in one frame? Well, let’s ask the celebrities if they can do this for us (*wink wink*)!