Alia Bhatt and Ranbir Kapoor celebrated Rakhi with a family lunch at the Kapoor residence. Check out their cute pictures with the fam-bam!

The COVID-19 outbreak has stopped not only people from attending big gatherings, but it has also built a massive gap between families as they are not able to meet each other. However, Rakhi 2020 came as a shining opportunity for families across the nation as a chance to unite and celebrate the auspicious festival. Rakhi is all about cherishing the bond shared between brothers and sisters as the latter tie a rakhi on the wrist of her brother, and he promises to protect her. After almost four months of the lockdown, Rakhi came as an opportunity for the Kapoor khandaan to celebrate their bond. (Recommend Read: Anushka Sharma Reveals How She Annoys Virat Kohli, Says Absence Of Ego Makes A Stable Relationship)

From Kareena Kapoor Khan to Riddhima Kapoor Sahni, the Kapoor sisters came together to tie rakhi on the hands of their cute brothers and relive the beautiful moments they have spent over the years. The pictures of their family lunch have been doing rounds on the internet. However, the highlight of the day was Alia Bhatt attending the get-together with her beau, Ranbir Kapoor. 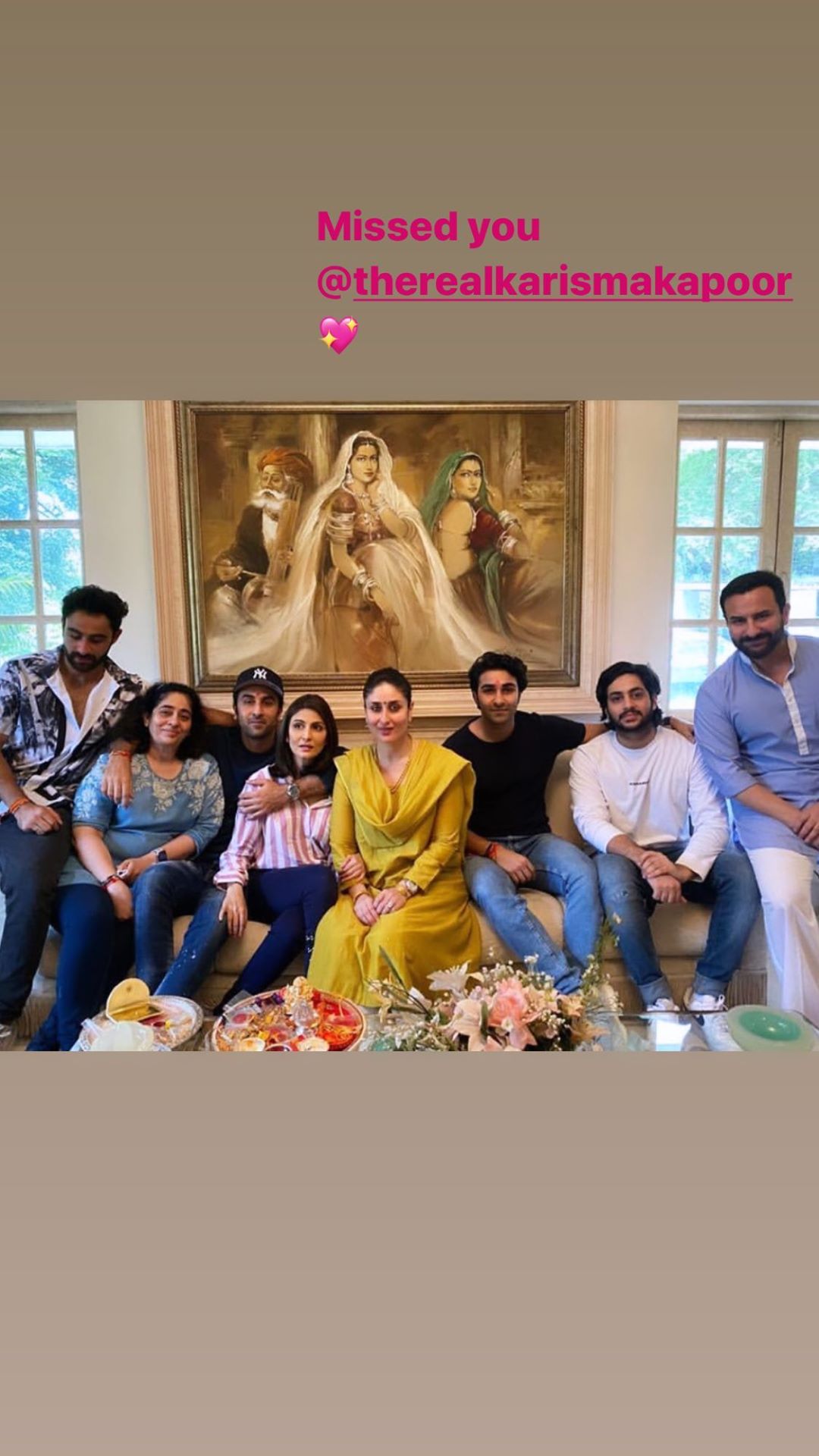 On August 3, 2020, Kareena took to her Instagram handle and shared the pictures from their big get-together. In one of the pictures, we can see Alia posing with her soon-to-be-in-laws. The gorgeousness had donned a pastel blue kurta with minimal makeup and naturally straight hair. On the other hand, Ranbir donned a casual ensemble with a cool cap. Kareena captioned the pictures as "Family lunch. Miss you Lolo." Check it out: 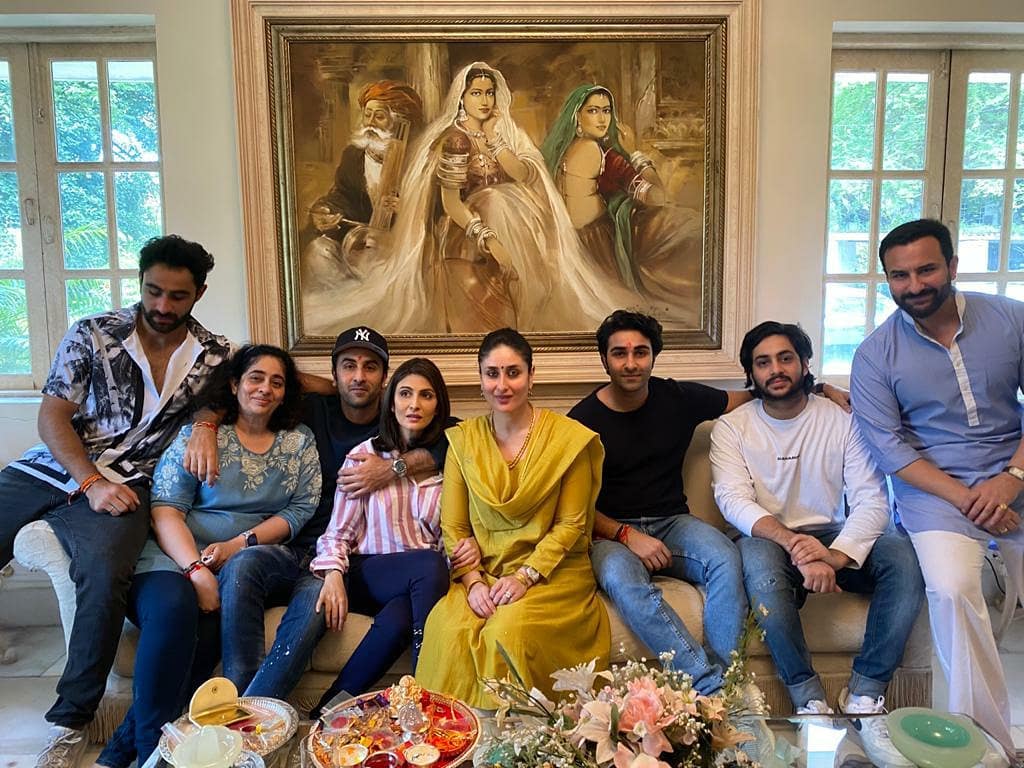 It isn't the first time when Alia had accompanied her beau, Ranbir Kapoor for his family get-together. In June, Ranbir Kapoor's sister, Riddhima Kapoor Sahni had shared pictures of the family night with the Bhatt ladies. In one of the pictures, we could see Alia and Ranbir posing with Riddhima and Shaheen. In the other picture, we could see Riddhima Kapoor, Neetu Kapoor and Soni Razdan smiling for the lens. Riddhima had shared a collage of the family night and had captioned it as "My comfort zone", followed by a heart emoji. (Also Read: Rhea Kapoor And Harsh Varrdhan Kapoor Give Glimpse Of Their And Sonam Kapoor Ahuja's Walk-In Closets) 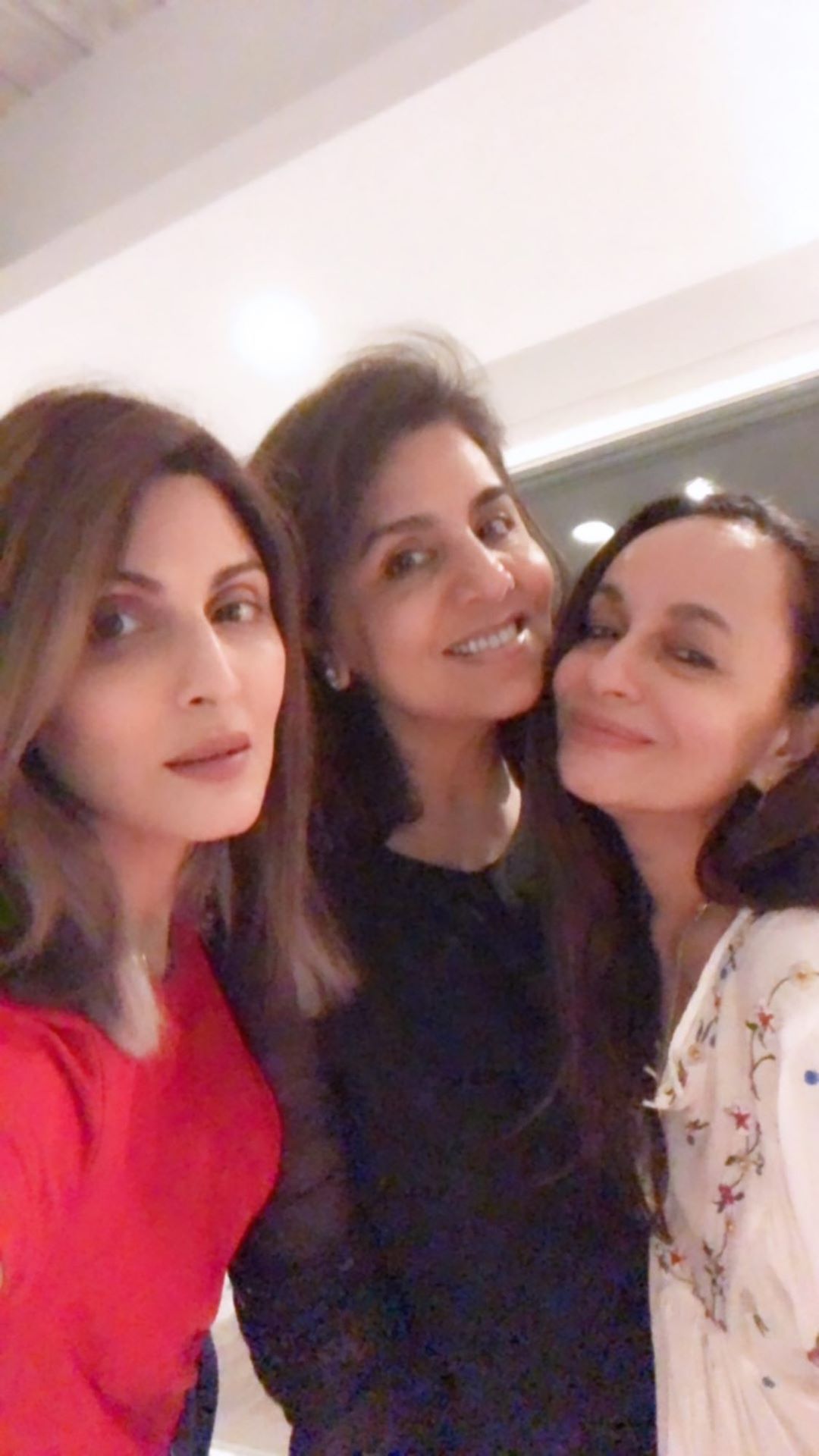 For those who don't know, in the lockdown, Ranbir had turned hairstylist for his ladylove, Alia. The actor had cut her hair, and it came out gorgeous. However, the two tried hiding this fact, but it was revealed by Alia Bhatt's godfather, Karan Johar. It had started when Alia had shared with her fans a picture of her new look on Instagram. She had shared that she had gotten a haircut from a multitalented 'loved one' at home and her fans had instantly guessed that it was Ranbir Kapoor. However, the actress had not mentioned the name of her 'loved one'. Her caption could be read as "60 days later - stronger, fitter, better at burpees, much better at skips, much much better at push-ups, obsessed with running, super obsessed with eating right and waiting to get back onto the next challenge. Dear @sohfitofficial don’t know what I would’ve done without you’.. you guys are just the best @nonie.tuxen P.S - Yes I cut my hair AT HOME - thanks to my multitalented loved one who rose to the occasion when I was in need of a chop-chop." (Don't Miss: Sushant Singh Rajput's Ex, Ankita Lokhande Takes A Spiritual Route Like Him, Shares A Cryptic Post)