Akshay Kumar has taken out some time off from his busy schedule and is spending time with his mother in Singapore. Recently, Akshay took his mother to her favourite place in the world.

Mother plays a crucial role in the lives of her kids and especially her son. There is a deep connection that she shares with her son from the moment she gives birth to him. From the moment she carries him for nine months to solving his problems, a mother and a son share an unspoken bond that needs no special mention. She truly understands her son’s needs, fulfills his wishes and makes sure to provide the best of everything to him. She plays the role of a protector, a source of encouragement, an adviser and most of all plays a crucial role in being his hope when he sees everything against him. Sons are the anchors of a mother’s life and whatever he is and hope to be, he owes it to his mother. (Recommended Read: Shoaib Ibrahim And Dipika Kakkar Ibrahim Enjoy 'Just The Two Of Us' Moment In A Sunkissed Picture)

When parents get old, they rely upon their kids for their needs and look up to them for support. And it becomes the responsibility of the kids to stand by their parents in their old age and spend as much time as possible with them. From taking them out for evening strolls to having a cup of tea with them in the evening, the small moments spend with parents are always cherished by the parents. Bollywood’s action hero, Akshay Kumar also shares a special bond with his mother, Aruna Bhatia and we have spotted him spending quality time with her. We have seen Akshay emphasising on the fact that time is fleeting, and every one of us should spend some quality time with our parents. Akshay Kumar’s Instagram handle is filled with adorable pictures and videos of his mother, Aruna Bhatia and which gives major maa-beta goals. Akshay is spending some quality time with his mother in Singapore and recently took her to her favourite place in the world. Akshay took to his Instagram handle and shared a video, in which we could see him taking his mother to a casino. He captioned the video as “Do more of what you love doing and that’s exactly what the birthday girl did. Spent the past week in Singapore taking mom to her favorite place in the whole world: the casino.”

On August 27, 2019, Akshay Kumar had taken out some time from his busy schedule and had taken his mother out for a stroll. He had taken to his Instagram handle and had shared a video, in which he was seen taking his mother for a stroll in and around London and his mother was seen sitting on an electric walker. He had captioned the video as “Juggled shoot to spend a few days with mom in London. No matter how busy you are with life and growing up, don’t forget they are also growing old. So, spend time with them while you still can.” (Suggested Read: Shilpa Shetty And Raj Kundra Receive Champion Of Change Award For Swachh Bharat Abhiyan Contribution)

On August 20, 2019, Akshay Kumar had taken to his Instagram account and had shared a ‘blast from the past’ picture. In the picture, a grown-up Akshay could be seen sitting on a bicycle and the caption had revealed how his mother, Aruna Bhatia is always ensured about his healthy eating. Akshay had written, “Growing up I was always inclined towards sports and my mother would ensure I got nutritious home-cooked meals to fuel my passion.” On International Yoga Day (June 2019), the khiladi of B-town, Akshay Kumar had again taken to his social media handle to inform everyone how hard-working his mom is. Sharing a snap, which had her mom, Aruna ji doing yoga, Akshay had worded his post as “Sharing something I’m extremely proud of...post her knee surgery at the age of 75, my mother started doing yoga and now it is part of daily routine, improving one day at a time.” 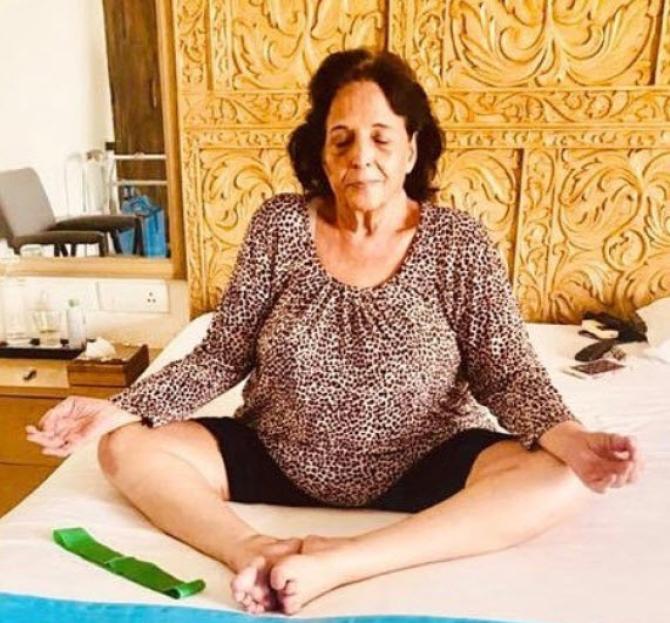 On Karan Johar’s chat show, Koffee With Karan season 5, Akshay Kumar and Twinkle Khanna had graced the couch and it was Twinkle, who had revealed one interesting fact about their courtship period. Twinkle had revealed that she had done a complete background health checkup of her then soon-to-be beau's family to avoid any medical discrepancies! Stating the reason, Twinkle had revealed, “The reason you get married is primarily to have children. So, you are introducing this genetic strain into your family line. I wanted to know what are the diseases running in his family. At what age did his uncles lose their hair. What did Kanchan chachi die of.” 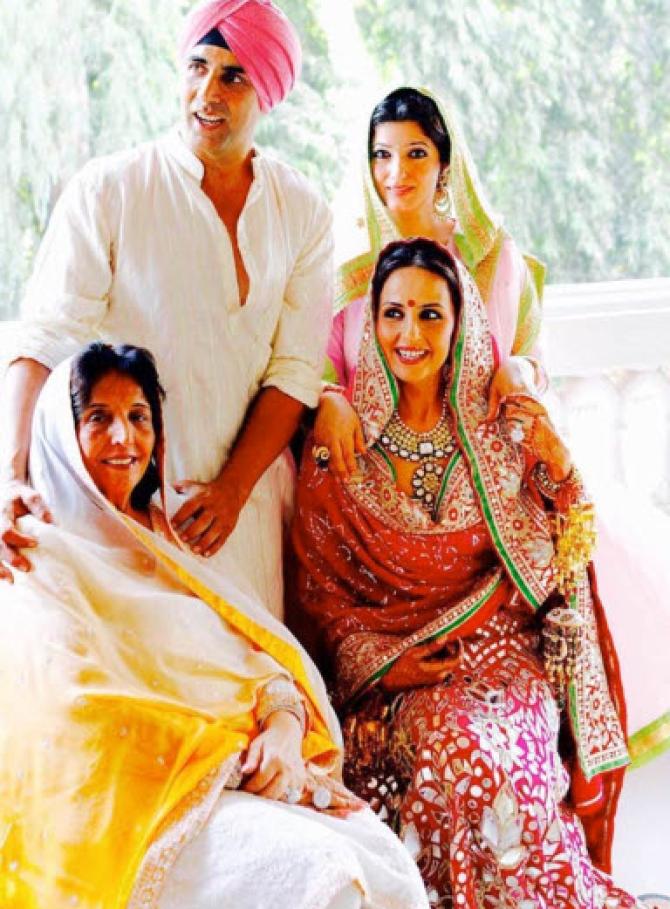 While the host of the show, Karan Johar, and his guests, Akshay Kumar and Twinkle Khanna had burst out laughing, the Kesari star had stated that he got to know about the same only after they were married. While Akshay had admitted to the fact that he was annoyed over this at the beginning but later realised that wife, Twinkle had a valid reason to do so. But the main question was if Akshay’s family had passed the litmus test? And this is what Mrs. Funnybones had replied, “They did pass my litmus test. Most of them are still alive because they have healthy genes!” (Must Read: Bigg Boss 13: Paras Chhabra Ends His Relationship With Akanksha Puri, Says 'She Should Move On') 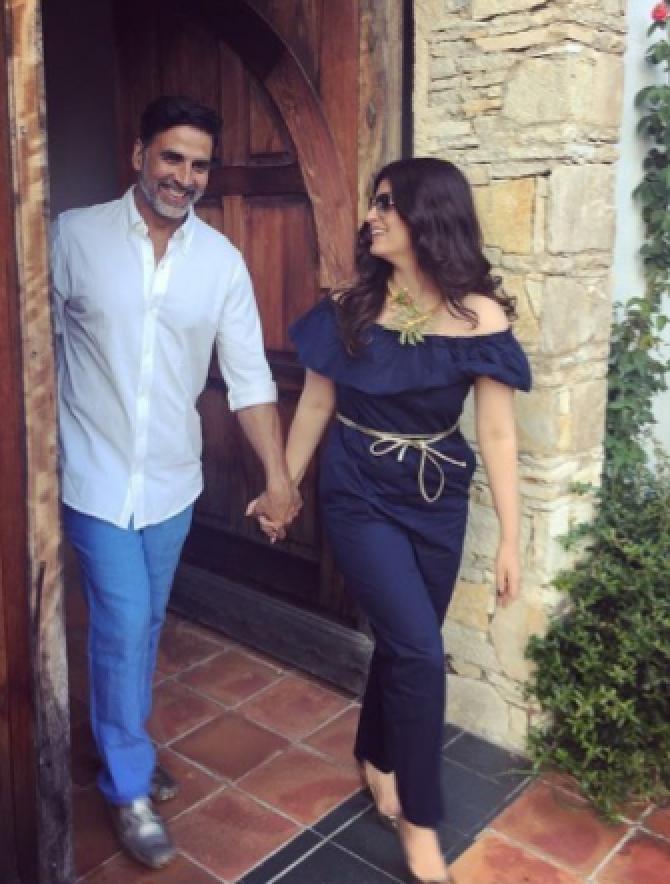 Akshay Kumar proves to be a doting son and we love his lovely gestures for his mother!