In the upcoming episode of Discovery's 'Into the Wild with Bear Grylls', Akshay Kumar has talked about how his son, Aarav doesn't want to tell anyone that he is his son. Find out why!

In the wake of outrage against star kids with the hype of nepotism debate again, many star parents have indirectly come forward to safeguard their kids. The star kids are brutally trolled and especially the ones, who have already made their debuts in the Bollywood industry. Earlier, it was Chunky Pandey, then Kareena Kapoor Khan and now, Akshay Kumar has indirectly tried to safeguard his son, Aarav before the social media outrage gets on to him. (Also Read: MS Dhoni's Daughter, Ziva Dhoni Enjoys A Movie Date At Home With Mommy, Sakshi Dhoni)

It was on January 17, 2001, when Akshay Kumar had tied the knot with Twinkle Khanna and had started his 'happily ever after' journey. On September 15, 2002, the couple was blessed with their first child, Aarav and had welcomed their second child, a baby girl, Nitara on September 25, 2012. Akshay Kumar has time and again proved that he is a super dad, be it taking care of Nitara when her mommy bear is out for work, or standing up for his son, Aarav. Now, in the upcoming episode of Discovery's Into the Wild with Bear Grylls, Akshay has talked about how his son, Aarav doesn’t want to tell anyone that he is his son. 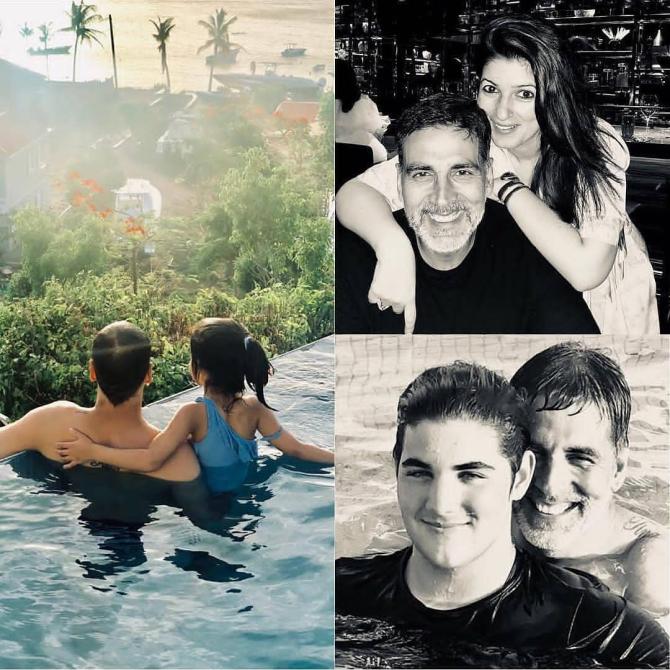 As Akshay Kumar and the Discovery channel have been sharing glimpses of Akshay’s day with host, Bear Grylls, in one of the teasers, the versatile actor has talked about his son. Talking about how Aarav doesn’t tell anyone that he is Akshay Kumar’s son, he said, “My son is very different. He just doesn't want to tell anyone that he's my son. He wants to be away from the limelight. He wants to have his own identity. That's what the whole thing and I understand it. So, I let him be the way he wants to." Talking about giving his father’s values to his son, Aarav, Akshay added, “He's (my father was) the only influence I have in my life and I've followed all his rules and all his things that he has taught me. And I hope my son gets that." Remember how brutally Aarav was trolled on social media in May 2019, when his hairstyle was compared to that of Radhe Mohan (Salman Khan) from Tere Naam? In an interview with the Hindustan Times, Akshay was asked as to how he protects his kids and makes them immune to negativity on social media and the trolls that had previously targeted his son. The actor was quoted as saying, “I think anyone that tries to exploit kids without permission for their own gain might need to take a hard look in the mirror and ask themselves ‘would they want anyone to do this to their own children’? As for those that troll toddlers and teens, I have no words for that kind of behaviour.” 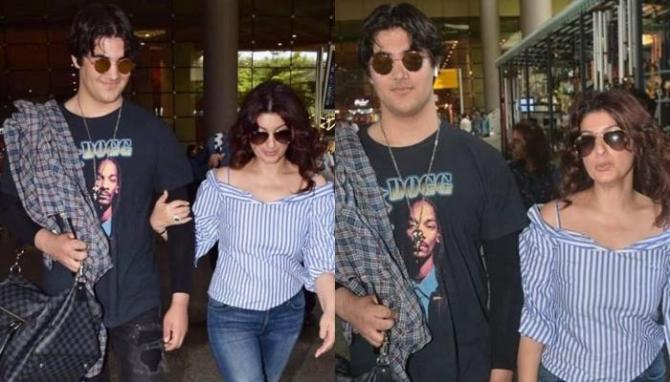 In a discussion with the Mumbai Mirror, Akshay had revealed that the next-gen, Aarav, has much greater access to technology and science. In the chat, he had revealed that he considers Aarav as his science teacher. Akshay Kumar was quoted as saying, "We don’t discuss, he tells me things. It’s a different learning experience. My son is like my science teacher." (Recommended Read: Ankita Lokhande Reacts To Sushant Singh Rajput's Girlfriend, Rhea Chakraborty's Arrest By NCB) On Aarav’s 17th birthday (September 15, 2019), Akshay had taken to his social media and had shared a solo picture of his dashing son, Aarav. Along with the same, he had written, "One thing which I learnt from my father was if I ever mess up, he’d be my go-to person instead of ‘Oh no! Dad’s going to kill me.’ Today, being on your speed dial makes me feel I’m doing it right.. I’ll always be beside you to guide you. Happy birthday Aarav." (Recommended Read: Abhishek Bachchan Gave A Funny Reply To Those Who Say He Is All Because Of Amitabh Bachchan [Video]) Akshay Kumar is indeed a super dad to his kids!