'Bigg Boss 13' fame, Paras Chhabra revealed that his ex-girlfriend, Akanksha Puri tried to get in touch with him. In a recent interview, Akanksha has rubbished his claims.

What happens when you fall out of love and realise that the relationship is not working anymore? You make desperate attempts to get out of the relationship! And why not, there is no point in staying in a relationship which has gone out of love. When a relationship loses its charm and even after several attempts, nothing works out, it is always better to move out rather than making it more complicated. Continuing a relationship which already has cracks in it becomes toxic not just for the partners but also for the people close to them. The reality show, Bigg Boss 13 contestant, Paras Chhabra and his ex-girlfriend, Akanksha Puri did exactly the same. (Also Read: Samantha Akkineni Opened About Her Ex-Boyfriend And How She Survived A Bad Relationship)

Paras Chhabra had entered the reality show, Bigg Boss 13 with the tag of sanskari playboy. Since then he has been linked with his female contestants. From Arti Singh, Shehnaaz Gill to Mahira Sharma, Paras has lived up to his sanskari playboy image. His closeness to Mahira Sharma and his constant remarks on his then-girlfriend, Akanksha Puri had irked Akanksha. He had even gone on records to state that his girlfriend, Akanksha had forced him to get her name inked on his wrist. Irritated with his behaviour, Akanksha had called off her relationship with Paras. In an interview with News 18, Paras Chhabra had revealed that his ex-girlfriend, Akanksha Puri had tried contacting him after he came out of the reality show, Bigg Boss 13. He had also stated that did not want to clarify anything with her. Now in an interview with Pinkvilla, Akanksha has reacted to Paras' claims and stated, “This is all bullsh*t. I have never called or tried to get in touch. In fact, I deleted all my contacts and others details from his phone before he got his phone back after he returned from Bigg Boss house. I have happily moved on but I don't know why he keeps taking my name in interviews. In fact, I had called one of his friends recently because the stylists who got him clothes during his BB stint did not receive their payments and since I had hired them, they got in touch with me to explain their worry.” (Also Read: Rucha Gujarathi Of 'Kkusum' Is All Set To Embrace Motherhood, Shares Picture Flaunting Her Baby Bump) 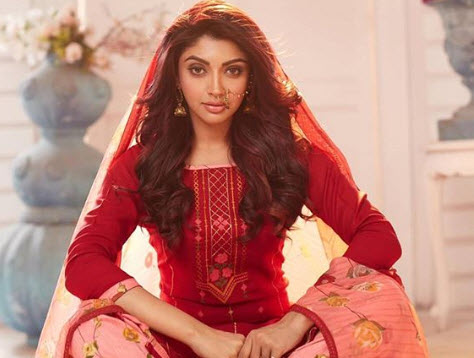 After Akanksha had broken up with Paras, she had covered-up her tattoo (which had Paras written on it) with two strong words and it was a proof enough that she is happy without him. A few days ago, Akanksha had shared an Instagram story, wherein, we had spotted her new tattoo. In the picture, we could see a bar code tattoo covering up her ex-boyfriend, Paras Chhabra’s name. And on top of it was written, 'Being Me'. During Paras’s stay in the Bigg Boss house, he had got close to fellow contestant, Mahira Sharma but the two had always addressed their relationship status as friends. The growing closeness between the two had speculated that something was brewing between them. Paras and Mahira were even teased by the fellow contestants and all this couldn’t be taken by his then-girlfriend, Akanksha, who then had taken the step of ending her relationship with Paras. (Also Read: Sara Ali Khan Reveals That Her Father, Saif Ali Khan Has Never Been An Absentee Father) 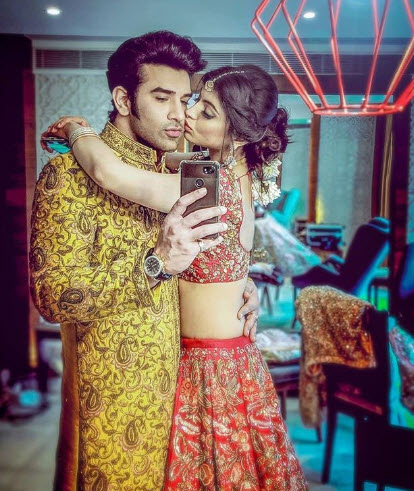 What do you think about Paras' claims and Akanksha’s response over the same? Let us know.