A fun video of Ajay Devgn failing at recalling his wedding date with Kajol, while BFF, Shah Rukh Khan recalling it perfectly. Kajol's reaction is unmissable!

The couples are often asked if they remember their wedding date because it is expected from men that they are bad with dates. It has been an on-going joke on men and most of the times, men do tend to forget the right dates and end up making a goof-up. Well, a husband can forget dates, but a BFF can never forget every day or date of your life that is special to you! The same has been proved by Ajay Devgn and Shah Rukh Khan when asked about Kajol and Ajay’s wedding date. (Also Read: Did You Know Shah Rukh Khan And Gauri Khan's First Night Was Ruined By Hema Malini? Here Is How)

We all have grown up watching Kajol and Shah Rukh Khan romance on-screen, and our heart was broken a bit when we had come to our senses and understood that they are not a real-life couple. In real-life, SRK had married his teenage love, Gauri Khan in the year 1991 and Kajol has started her ‘happily-ever-after’ with Ajay Devgn on February 24, 1999. While Kajol and Ajay are the perfect example of opposites attract, SRK and Kajol are a house of laughter together, and this pretty much sums-up why Kajol and Ajay are husband-and-wife and SRK and Kajol, BFFs. 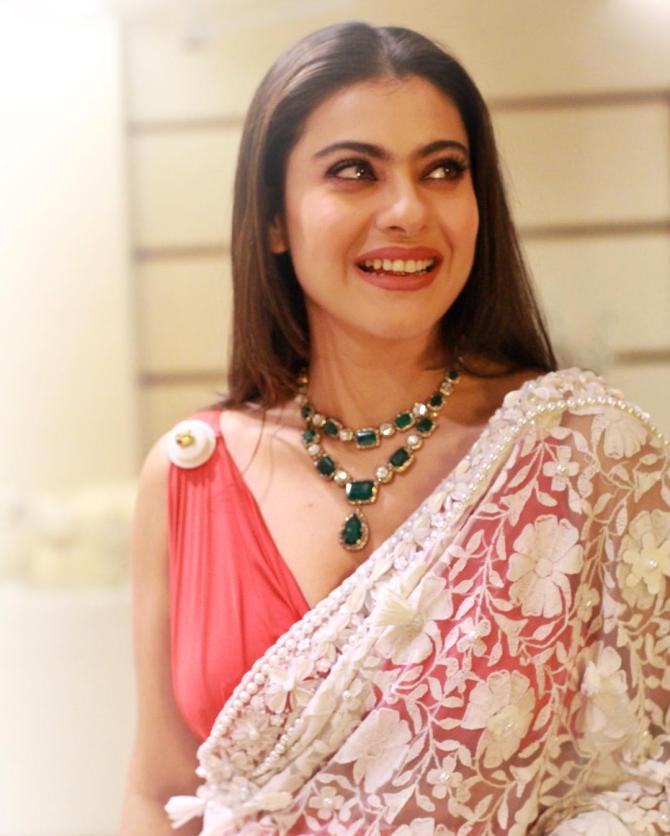 While scrolling through our social media handle, we got our hands on a fun video collage that proves that when a man is a husband, he tends to forget the dates, whereas, when he is a BFF, he remembers every special date perfectly. The video is a compilation of Kajol’s two chat shows, one, which she attended with her hubby, Ajay Devgn, and the other, which she attended with her BFF, Shah Rukh Khan. The first video is from Karan Johar’s chat show, Koffee With Karan, where during a rapid-fire round, Ajay was asked to share his wedding date with Kajol, and he had messed it up bad. Whereas in the other video, Kajol and SRK had appeared at a chat show for the promotion of their film, Dilwale, where SRK was asked if he remembers Kajol’s wedding anniversary, and without wasting any time, SRK quipped the right answer and exact wedding date, i.e., February 24, 1999, leaving Kajol impressed, jumping with joy. Take a look:

In the year 2019, Kajol had held an ‘Ask me anything’ session on her IG handle, and out of the zillion questions asked, there was a burning question that everybody wanted to know “Would you marry SRK if you didn’t meet Ajay?” To this, a super-witty Kajol had replied, “Isn’t the man supposed to be proposing?” Kajol had further gone on to reveal her preference as an actor between hubby, Ajay and SRK. The actress had shared, “Depends on the situation.” 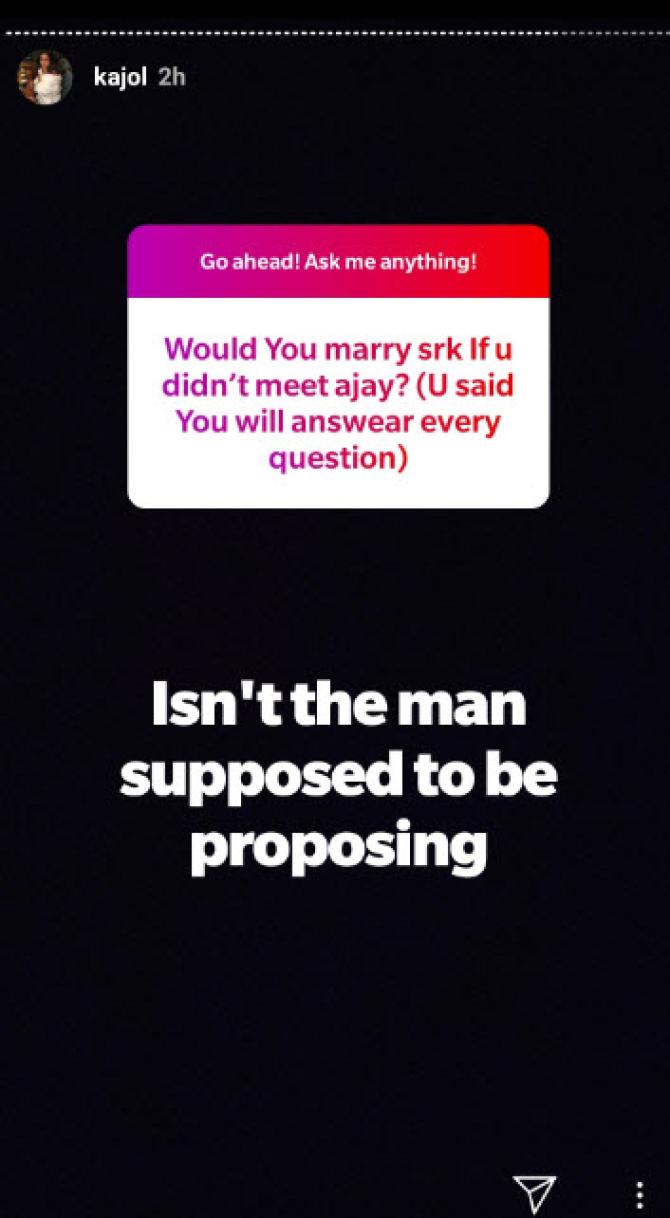 Soon after the success of DDLJ, many filmmakers had wanted to see more of Shah Rukh Khan and Kajol. But as per reports, Ajay and Kajol were dating during that time and the former had allegedly asked his ladylove to keep some distance from SRK. A report in My Nation had quoted a source sharing with a leading daily, “People were talking less about Kajol's relationship with Ajay and more about her friendship with SRK.” The insider had further shared with the portal, “He allegedly couldn't handle the pressure of everyone talking about the chemistry his competitor shared with the women he was dating. He allegedly told her that she would have to stop working with Shahrukh.” (Recommended Read: Kajol Had The Best Reaction To Husband, Ajay Devgn's Kissing Scene In 'Shivaay', It Was Unexpected) In an interview with Humans Of Bombay, Kajol had talked about her love story with Ajay Devgn in detail. Sharing her first meeting with Ajay, she had said, "We met 25 years ago, on the sets of Hulchul–I was ready for the shot & asked, ‘Where’s my hero?’ Someone pointed him out–he was broodily sitting in a corner. So 10 minutes before I met him, I bitched about him! We began talking on set & became friends. I was dating someone at the time & so was he–I’ve even complained about my then-boyfriend to him! Soon, we both broke up with our significant others. Neither of us proposed–it was understood that we were to be together. It went from hand-holding to a lot more before we knew it! We used to go for dinners & so many drives–he lived in Juhu & I, in South Bombay, so half our relationship was in the car! My friends warned me about him–he had quite a reputation. But he was different from me–that’s all I knew." (Recommended Read: Shah Rukh Khan Reveals He Had Tricked Gauri Khan For Their Honeymoon To Darjeeling Instead Of Paris) Well, no matter what, we love Kajol’s equation with both, Ajay Devgn and Shah Rukh Khan!