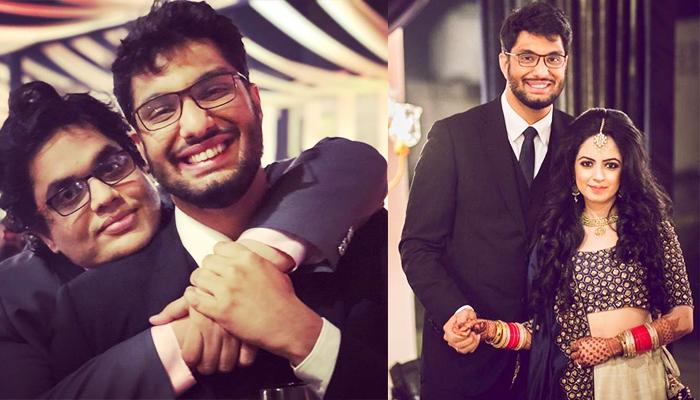 With the immense digital influx that the world has seen in the past 2-3 years, nothing really escapes the netizens. Valentine’s 2018 was one such week that brought thousands of youth on a common platform- a common digital platform of #pyaarekdhokhahai. Yes, much more than a hashtag, it was a movement, and very popularly legitimised and curated by India’s most popular comedy group- All India Bakchod popularly acronymed as AIB. But it seems that one of its co-founders didn’t take the movement so seriously and clearly, those who follow AIB on social media, would not mind saying that the man has fled the scene. 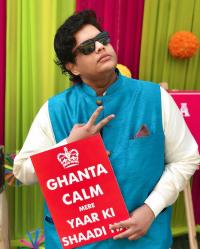 Naturally, the fans of AIB were excited about Khamba's wedding from the moment he first came out in public to talk about it, which was on Abish Mathew's show, Son of Abish. And secondly, when he shared with his fans the first glimpse of his girlfriend- Ismeet Kohli on Instagram which he captioned:

"Bae watching song instead of my channel over dinner."

and wittily hashtagged it with #gharkimurgidalbarabar and #haddhogayi. Take a look at his post: 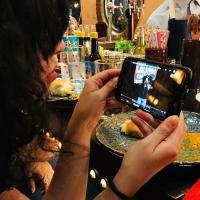 Now, before we take you through Khama and Ismeet's wedding pics, let us show you the couple first. The following pictures Khamba shared himself on his Insta handle, and sweetly captioned all of these.

One of our favourite pictures and one that’ll definitely make it to the coffee table book! Thanks, @fotowalle!

Can I use our footage for the next honest weddings? 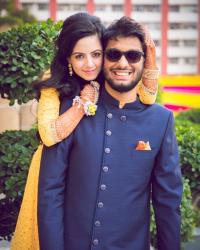 The happiest day of my life

And a couple more... 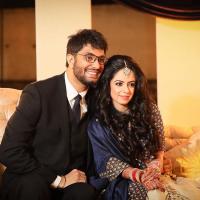 Now, coming back to Khamba and Ismeet's wedding, it all started with pre-wedding functions and thanks to Tanmay Bhat that he shared an amazing sangeet dance from the wedding (below) and captioned it:

We improvised a dance routine at the Sangeet because Khamba loves improv and not coz we weren't prepared or we got too drunk 2 nights in a row or anything ha ha of course not never @ashish_shakya @deeptibansal @kaneezsurka @naveen.polishetty @abishmathew

Very wittily, Tanmay also shared a few pics from the sangeet and haldi ceremonies, and captioned them:

"Just some swag boyz swagging it up in swagtown, next to swag nagar, inside swag marg, behind swag bangla, swageshwaram, Delhi 30005Swag. #SuSwagatam "

Check out the pictures from the pre-wedding functions: 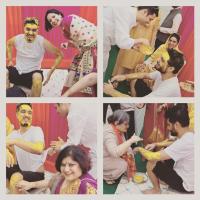 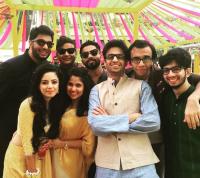 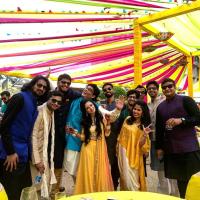 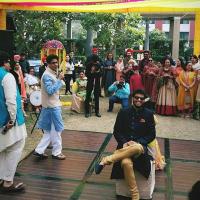 Now, coming to the wedding pictures, Rohan Joshi gives us a fair idea of his feelings about the wedding day and here it is: 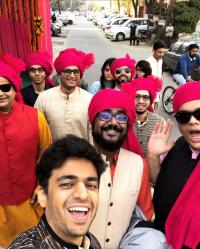 Take a look at some more wedding pictures and videos here: 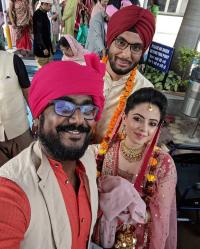 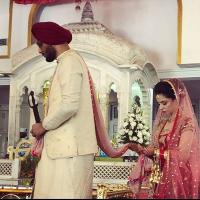 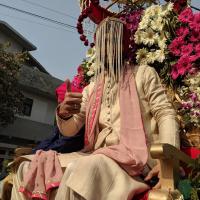 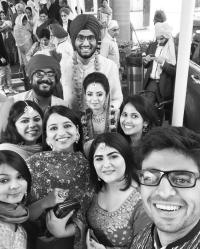 Now, after the wedding was the time of reception, and after Tanmay and Rohan, Ashish is left. So let's tell you his feelings on reception:

Very fun event by #KokiKhamba productions. Bwuoys played well. Also thanks to Bacardi for keeping the happy flowing. And a huge shoutout to Vasu for being a spectacular host and making us feel at home. Vasu runs Jugaad hostels in Delhi so check it out the next time you're there and need a chill, affordable stay. Nothing but good vibes.

Here are the reception pictures: 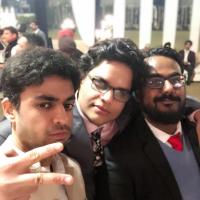 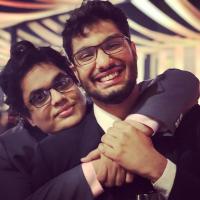 Suggested Read: The Love Story Of Dia Mirza And Sahil Sangha That Turned Into A Fairytale Wedding 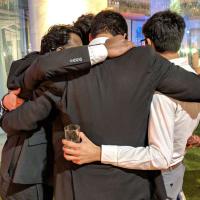 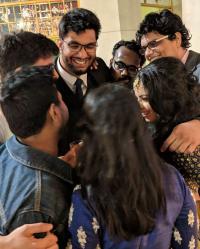 That's for you guys! Now that Khamba is married, we are more eager to see him back in the AIB videos and podcasts. We wish Gursimran Khamba and Ismeet Kohli a very happy married life.

Next Read: The Wedding Story Of TV Actors Karan Patel And Ankita Bhargava