Aditya Narayan dropped cutesy glimpses of his baby girl, Tvisha, from their Maldives vacation. Check it out!

Known as the most sought-after holiday destination, the Maldives is the go-to place for every newly married and celebrity family. Popular singer, Aditya Narayan is also enjoying the same thrills of happiness on the serene beach island, amidst the water villas with his wifey, Shweta Agarwal and their baby girl, Tvisha. Away from the world of glitz and glamour, Aditya has found the perfect place to spend quality time with his ladylove and being an avid social media user, he has been dropping cutesy glimpses from his trip.

For the unversed, it was on February 24, 2022, when Aditya and Shweta embraced parenthood for the first time. The singer had taken to his Instagram handle and posted a beautiful picture from his wedding album. And in the caption, he had announced the arrival of his baby girl, which could be read as:

"Elated! The almighty has blessed us with a beautiful baby daughter on 24.2.22!"

Recommended Read: Tejasswi Prakash Gets Trolled For Her Comment 'I Broke Up...', Netizen Says, 'Playing With Emotions' 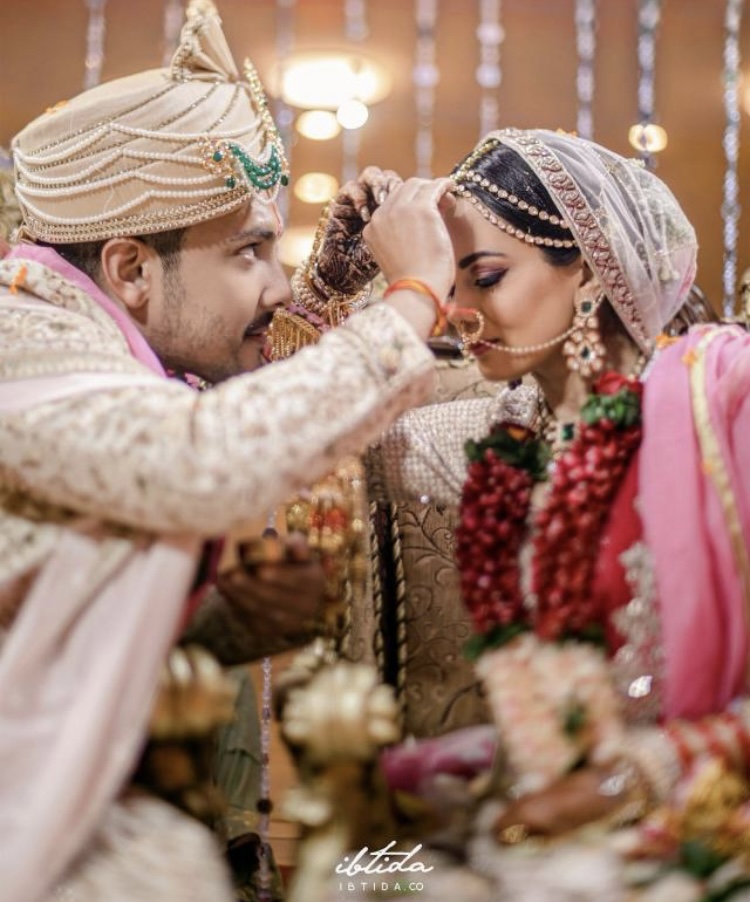 On September 21, 2022, Aditya Narayan took to his IG handle and shared a Reel, featuring Shweta Aggarwal and their princess, Tvisha. The video shows the happy family of three enjoying to the fullest amidst the tropical paradise. Clad in casuals, Aditya and Shweta looked sexy, while their daughter looked vacay-ready in a multi-coloured striped dress. Both parents were seen smothering Tvisha with lots of kisses while playing with her on a swing. In the caption, he wrote:

“With my babies having a blast.” 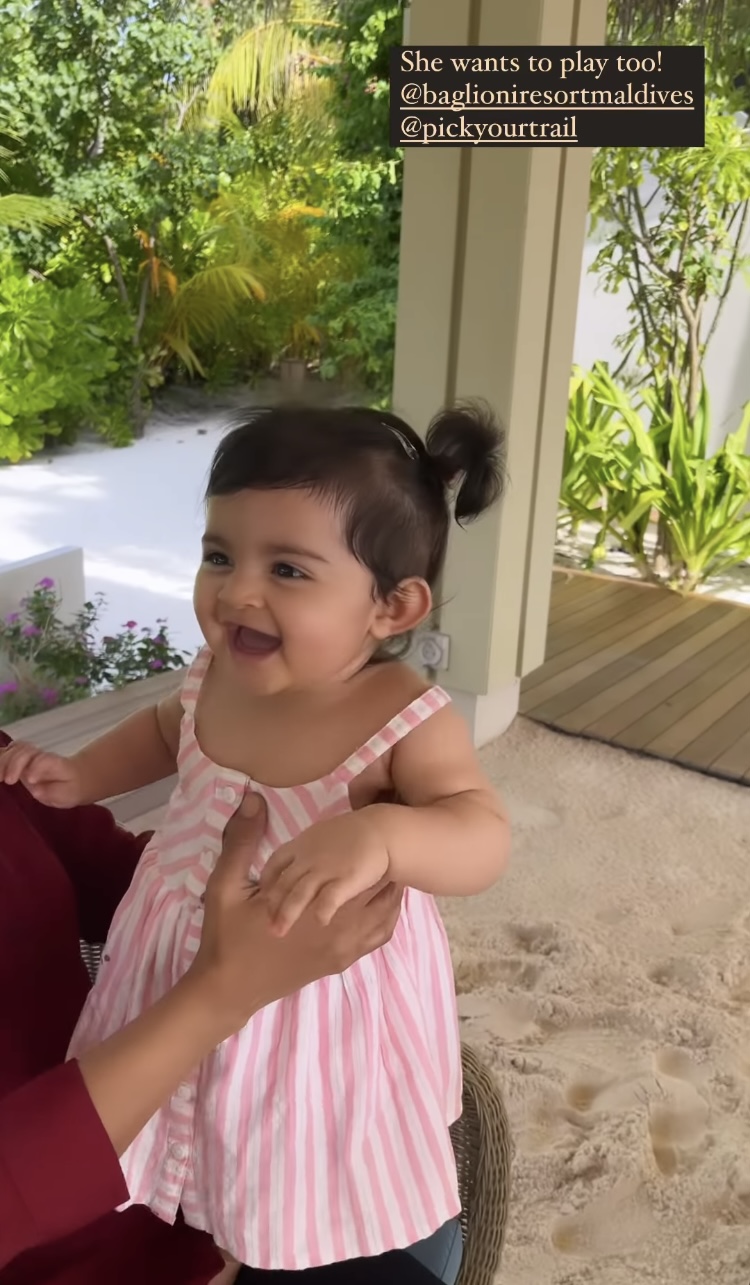 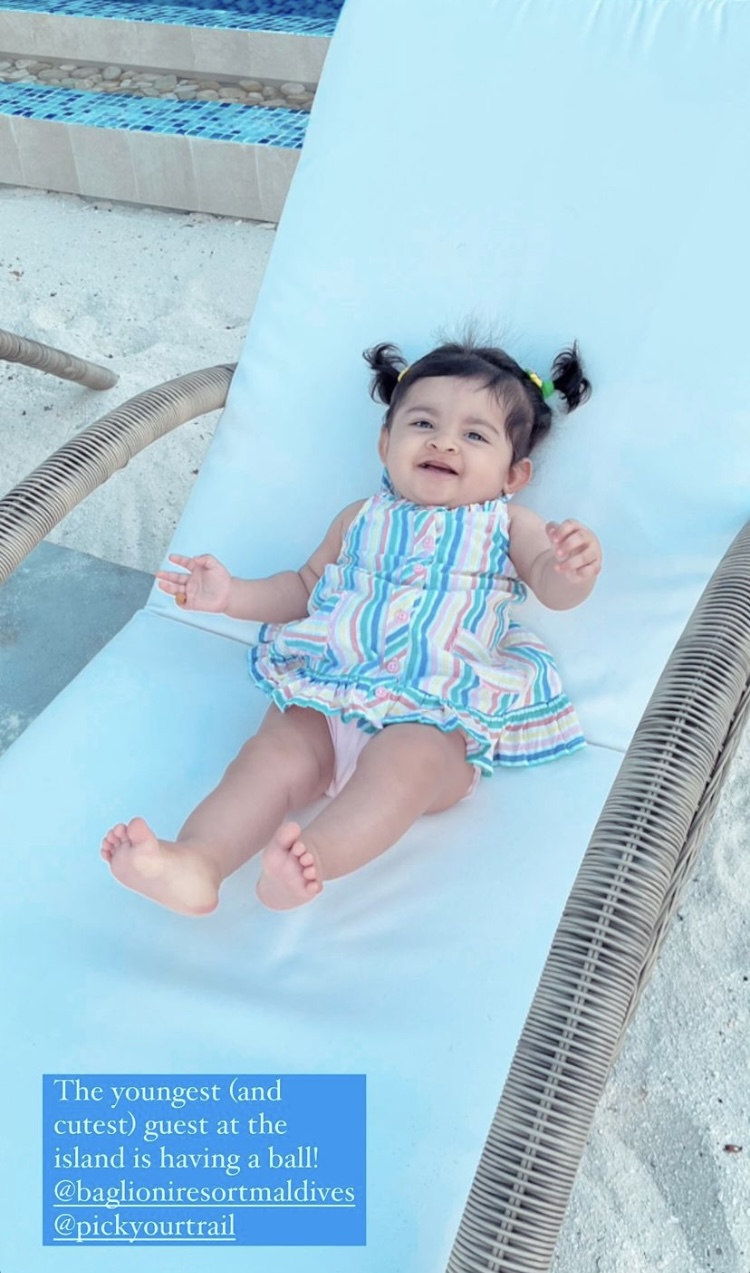 Esha Kansara Dons A White Saree As She Gets Married To Siddharth Bhavsar, Turns Into A Gujrati Bride

Ahead of father’s day, Aditya Narayan sat for a candid chat with the Hindustan Times. The loving newbie daddy shared that he often fears missing out on special moments of Tvisha’s growing up days when working outside the town. Further, he shared how his daughter, Tvisha doesn't know how to crawl but attempts to walk. In his words:

“She is too cute and we often play a lot. She is developing her personality. When I return from an assignment, I always feel like she has grown up a lot. I am a FOMO dad and feel like I am always missing out. Since the past few weeks, she is staying awake for longer and seems to be observing a lot. She is in a hurry to grow up, it seems. She hasn’t started crawling yet but attempts walking. She might just start walking one day. I am enjoying being with her and playing.” Further, in the same conversation, Aditya had spilt the tea of his successful career. He had mentioned that being around influential female personalities like his mother, Deepa Narayan Jha, his wife, Shweta Aggarwal, his daughter, Tvisha and his female dogs have proved to be lucky for him. Aditya could be quoted as saying:

“And having a daughter is even more so. I am surrounded by female energy with my mum, wife, grandmother, daughter and three female dogs. Maybe that’s why there is so much prosperity.” We are eager to get hold of more pictures from Aditya Narayan and his family’s Maldives vacation! What about you?

Next Read: Bhavana Panday Reacts To 'Ananya Panday Dated Two Men At The Same Time' Remark, Tries To Defend Her

Esha Kansara Dons A White Saree As She Gets Married To Siddharth Bhavsar, Turns Into A Gujrati Bride