Last year, in 2017, we saw a lot of shocking separations, break-ups and divorces. One amongst those couples who gave us a jhatka was none other than actor Farhan Akhtar and Adhuna Bhabani. The couple walked down the aisle in 2000 and they shocked everyone when they decided to part ways after being 16 years in the holy bliss of matrimony. On April 24, 2017, Farhan Akhtar and Adhuna Bhabani got legally divorced and this news shattered a lot of their fans.

Post their divorce, Adhuna and Farhan share a cordial relationship and things are not at all bitter between the two. While Farhan moved on and is dating Indian singer, Shibani Dandekar, Adhuna, on the other hand, is rumoured to be romantically involved with Dino Morea’s brother, Nicolo Morea. Though Farhan has recently made his relationship official by sharing a picture with Shibani on his official Instagram account, Adhuna has never come up in open and admitted dating Nicolo. (You May Also Like: When Farhan Akhtar Commented On Ex-Wife Adhuna Bhabani's Instagram Pic With Her BF Nicolo Morea) 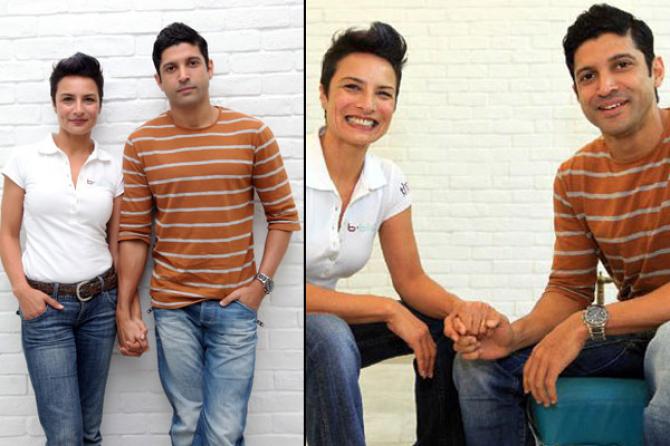 Today, on October 25, 2018, it is Adhuna’s rumoured boyfriend, Nicolo Morea’s birthday and the doting alleged girlfriend made it special for her love. She took to her official Instagram account and shared a sweet picture with him, captioning it, “#happybirthday @nicolo_morea”, followed by a heart emoticon. Not just that, she shared a cosy picture with him in one of her Instagram stories where he is giving a peck on her forehead. Atop that story, she wrote, “Happy Birthday To You @nicolo_morea,” followed by heart emojis. 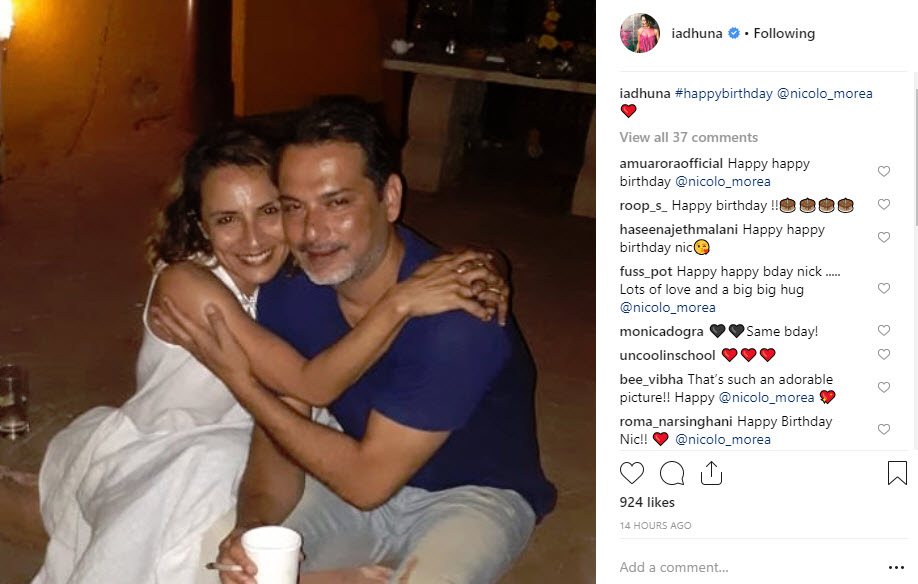 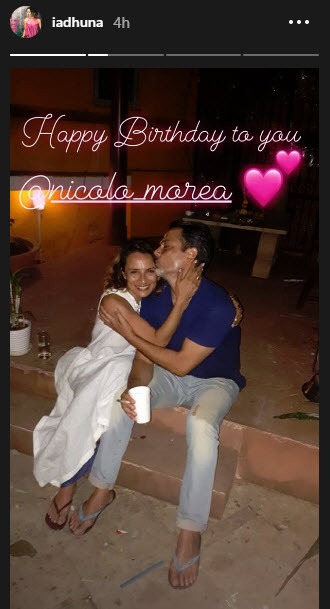 Releasing their joint statement on parting ways, Adhuna and Farhan announced, "This is to announce that we, Adhuna and Farhan, have mutually and amicably decided to separate. Our children remain our priority and it is immensely important to us, as responsible parents, that they be protected from unwarranted speculation and public glare. We sincerely request that we are given the privacy that is required at this time to move forward in a dignified manner."  (Also Read; Farhan's Ex-Wife Adhuna Bhabani Shared A Pic Of Hugging Her BF, Nicolo Morea, Guess Who Liked It) 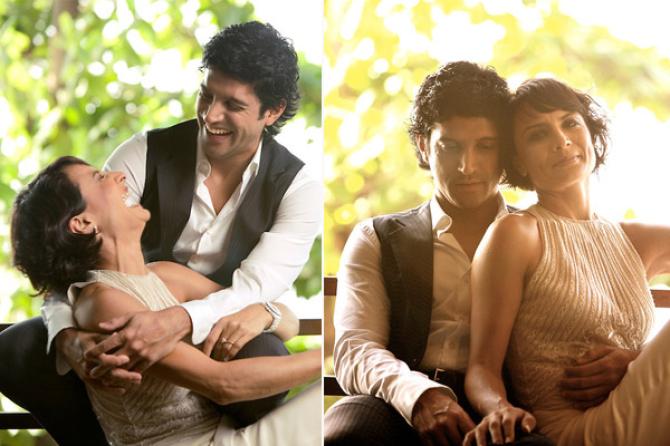 Post Adhuna and Farhan’s divorce, Farhan’s lawyers Fazaa Shroff-Garg confirmed the news and were quoted as saying, “The divorce by mutual consent was allowed by the family court in Bandra.”

Wishing Nicolo Morea, a very happy birthday! Adhuna, we are seriously waiting for an official announcement as to your relationship status with Nicolo, please make one sooner!