Bollywood actor, Hrithik Roshan received huge praises from netizens after he gave an extremely humble reply to a user who pointed out a patch of dampness on his wall. Details inside!

Bollywood superstar, Hrithik Roshan is ageing like fine wine and can give any actor in the whole industry a run for their money with his look, physique, and fitness. However, time and again, Hrithik has proved the mettle of his positivity and beautiful mindset through his spontaneous and enlightening replies during his interviews, media conferences, or on social media.

This time around, too, something similar happened as Hrithik Roshan dropped a cutesy picture with his mother, Pinky Roshan, after a long time on his social media handle, and one of the users pinpointed damp on the wall of his house. After which, the actor dropped a reply that made netizens bow down to him in respect and admiration. 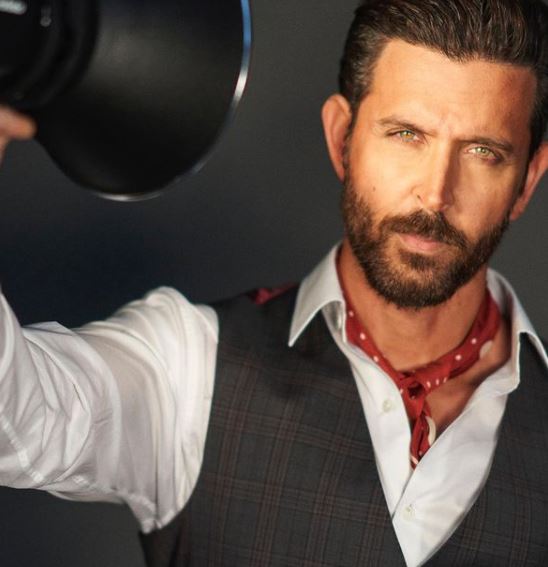 On September 15, 2021, Hrithik Roshan took to his Instagram handle and shared a picture with his mother, Pinky Roshan, from their lazy breakfast date. The mother-son duo can be spotted twinning in black and radiating some major family goals in the picture. While on one side, Pinky can be seen standing on the balcony of their room, on the other side, Hrithik captured the moment in his cutesy mirror selfie. Along with the picture, Hrithik penned a sweet note for his mom, and it can be read as "On a lazy breakfast date with my mum. It's a good morning. Sunday feels on Wednesday are best. Now go give your mom a hug." While everyone was going crazy witnessing this rare comfy, and lazy side of the WAR actor, and were pouring love on him in the comment section of his picture. One user quickly spotted a patch of damp on the wall behind him and commented, "Gaur se dekhie Hrithik Roshan ke ghar mein silan" followed by crying and sad emoticons.

The actor didn't miss the opportunity to strike a perfect response to the user, and it left everyone go gaga over his beautiful mindset and humility. Hrithik wrote in Devanagari, "Filhaal ghar bhi rent par hai. Apna ghar le raha hu bahut jald.” Soon the comments section was crowded with beautiful messages and love from people towards Hrithik's humble and inspiring answer.

Don't Miss: Sameera Reddy's Father Asked Her, Why She Isn't Covering Her White Hair, Her Response Is Inspiring 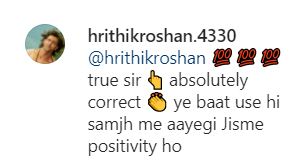 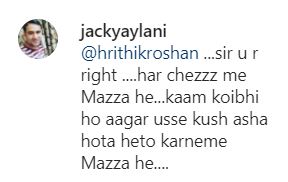 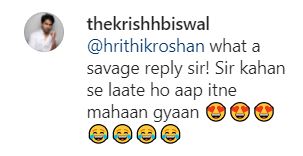 For the unversed, last year in October, Hrithik Roshan had reportedly paid around Rs. 100 crores to buy three luxury apartments in a building located on the posh Juhu-Versova Link Road. As per the reports, the apartments are sea-facing and offer a completely uninterrupted view of the gigantic Arabian sea. The actor had reportedly purchased these three apartments spread over three floors, 14th, 15th, and 16th, with the sole intention of building a luxurious 38,000 sq ft mansion for him and his family. 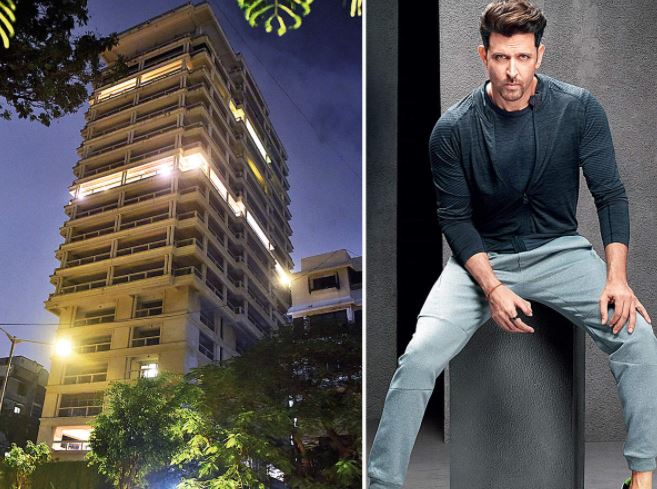 Hrithik Roshan's dream house is under construction, which is why he is staying in a rented house at the moment and is reportedly paying Rs. 8.25 lakhs per month as the rent of the house in which he is living with his mother, Pinky Roshan. No wonder Hrithik is waiting anxiously to enter his giant and lavish dream house along with his family members. Hrithik Roshan will be seen next in the action-packed film, Fighter, opposite Deepika Padukone.