What is that one thing that you look forward to the most on your birthdays (apart from the birthday cake and midnight surprises)? The social media PDA that your friends shower on you, right? Celebrity birthdays are no different and they excite us to another level and what we really look forward to the most is what their loved ones must have written for them on their social media handles. And true to its word, Aishwarya Rai Bachchan didn’t disappoint us on her hubby, Abhishek Bachchan’s birthday. (Do Read: After Break-Up With Himansh Kohli, Neha Kakkar Reveals The Good Thing About Being Single)

It was Junior Bachchan’s 43rd birthday yesterday (February 05, 2019) and his doting wife took to Instagram and posted a short and crisp heartfelt message for her hubby. Posting a throwback childhood picture of Abhishek and a selfie, the Fanney Khan actress captioned the pictures as, “Love always...My Baby. HAPPY HAPPY BIRTHDAY BAAABYYY.” Sister, Shweta Bachchan Nanda also posted an adorable childhood picture of the brother-sister duo and wrote, “Love you beyond words and reason.” Here are the pictures: 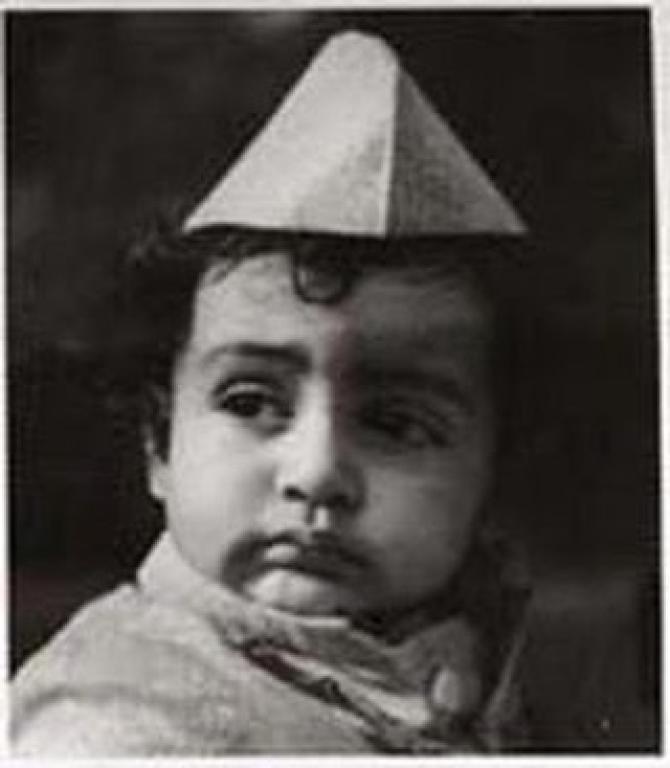 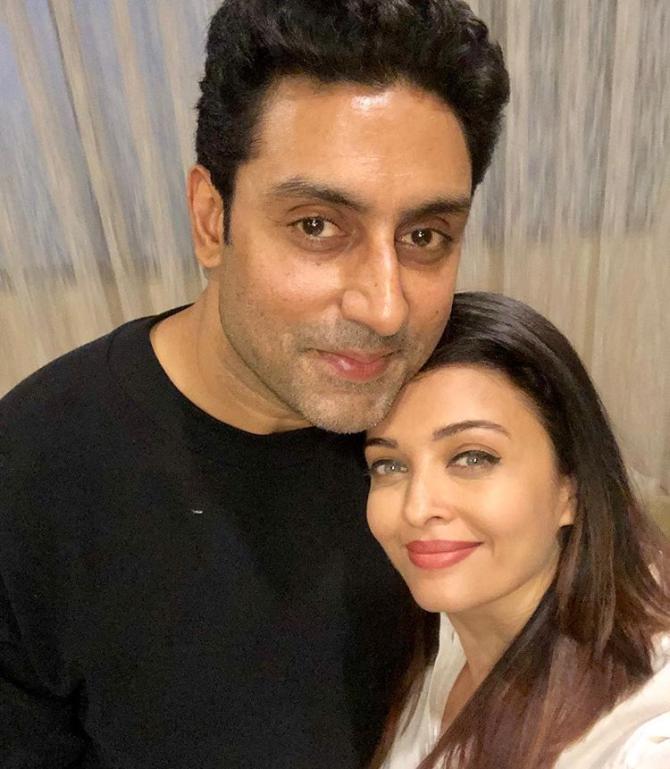 And yesterday night, the entire Bachchan clan was spotted at a plush Mumbai restaurant where they were coming out from Abhishek's birthday dinner. All decked in casuals, Abhishek Bachchan was seen coming out of the restaurant with wife, Aishwarya Rai Bachchan, daughter, Aaradhya Bachchan, his mother-in-law, dad, Amitabh Bachchan and sister, Shweta Bachchan Nanda. Shutterbugs captured the entire family coming out of the eatery. Checkout a picture and video from Abhishek Bachchan’s birthday dinner:

In a 2017 interview, Abhishek praising his wife, shared what leaves him charmed about her, “Till date, people refer to her as the most beautiful woman in the world, and I know she is immensely grateful for the love. She values her fans and enjoys the adulation as well as the trappings of her career. Even with the hectic travel schedules and erratic work hours, I've never heard her complain about front or back of the plane, Maruti or Mercedes. Her focus isn't on the trivial. It's these things that leave me charmed”. After the birth of their daughter, Aaradhya, Aishwarya stated in an interview, “Overnight, we went from being dearest of friends to looking to being a couple and starting a family together, you know how quickly that happened.” She further spoke about Abhishek and added, "He’s a friend, companion, husband and a father, but I think the fact that he’s my bestest friend pretty much encapsulates it all. We are a very normal couple. Abhishek and I sometimes joke about being second siblings. We both share and talk a lot about what we are feeling. Sometimes, we have so much to say that we want to be the first to share it. So I have to say this first: we are both good listeners, but also extremely talkative.” (Must Read: Kareena Kapoor Khan Talks About Being The Trendsetter, Says 'I Am The Star Of My Life Story') Abhishek shared in an interview that he feels Aishwarya is a ‘supermom’ as she takes care of Aaradhya’s every need. He was quoted as saying, “When she became a mother, her career took a backseat. Today, she does everything for Aaradhya. She is a supermom. Soon after Aaradhya was born, the media went at her about her weight gain. Nasty things were written, which really upset me.” Do you know how Abhishek had met Aishwarya? The doting wifey was quoted as saying in an interview, “I first met Abhishek Bachchan in the winter of 1990. We were shooting a cover picture for the magazine I edited and had gone across to discuss details with Jaya Bachchan. Abhishek, then just a teenager, was playing with a friend in the living room of ‘Prateeksha’, their old home in Juhu. He saw me enter the room with his mother and promptly folded his hands into a namaste. As we walked around the place confirming spots for the next day’s shoot, his eyes followed us... large expressive eyes, full of trust”. 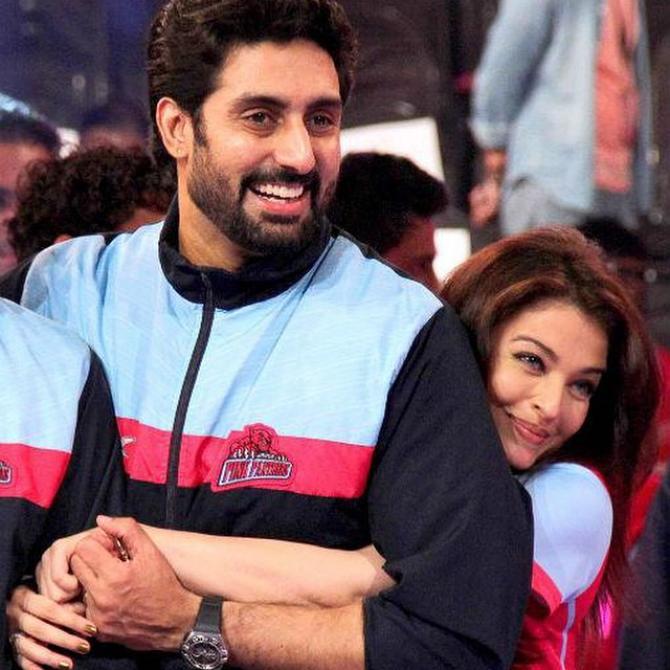 She had further added, “During the photo shoot I discovered that out of all the Bachchans, Abhishek was the most awkward in front of the camera and I had never imagined that he would one day choose acting as his career.” Recalling the first time he met Aishwarya, Abhishek had quipped, “I first met Aishwarya Rai in the summer of 1995. She was recently crowned the Miss World and had become the pride of India. Fans thronged at her Bandra residence for a mere glimpse and filmmakers clamoured to sign her as their leading lady”. (Also Read: Shah Rukh Khan's Daughter Suhana Khan Shows Off Her Acting Skills In Her College Play) 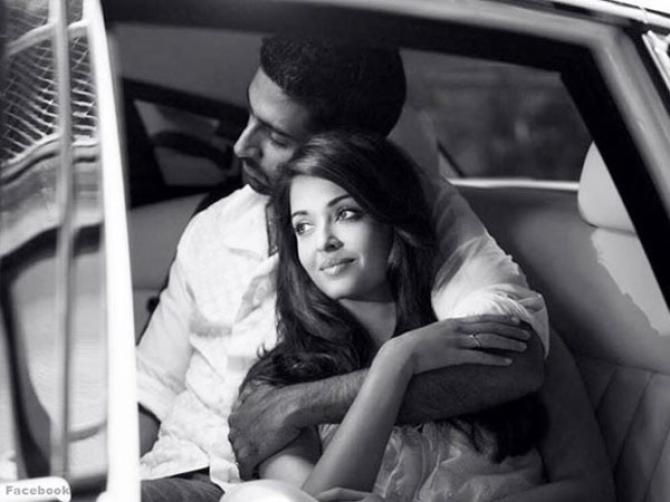 Guys, how did you like Abhishek’s birthday party pictures? Keep us posted!