On 'Ludo' actor, Abhishek Bachchan's 45th birthday, his 'chachi', Ramola Bachchan baked his favourite cake for him, and his reaction to it is simply heart-touching. Find out!

If you're the grandson of one of the greatest poets and writer of all-time, Harivansh Rai Bachchan, son of Bollywood's Shehanshah, Amitabh Bachchan and legendary actress, Jaya Bachchan, husband of Padma Shri awardee and one of the most beautiful women in the world, Aishwarya Rai Bachchan, imagine the constant pressure pressure that Abhishek Bachchan has to deal with. It was tough for him right from the start but with his hard work and dedication, Abhishek had turned his doubters into belivers. Now, after years of work, Abhishek is inargubly the most underrated versatile actor of this generation. The actor has proved the mettle of his acting skills time and again with movies and series like Dhoom, Run, Guru, Dostana, Bluffmaster!, Bunty Aur Babli, Manmarziyaan, Breathe : Into the Shadows and recently released critically acclaimed film, Ludo. (Recommended Read: Sameera Reddy And Hubby, Akshai Varde's Flirtatious Banter Perfectly Describes Healthy Communication)

For the uninitiated, Abhishek Bachchan is the only actor other than legendary actor, Dilip Kumar, who had won 3 Filmfare awards consecutively for films, Yuva (2004), Sarkar (2005), and Kabhi Alvida Naa Kehna (2006). Today, the actor is celebrating his 45th birthday and on his special day, his 'chachi', Ramola Bachchan bakes his favourite cake, and the actor reacted in the most adorable manner. Scroll down to see it all! On February 5, 2021, Ludo actor, Abhishek Bachchan turned a year older and his doting chachi, Ramola Bachchan took to her Instagram handle and shared a beautiful picture of a delicious birthday cake, which she made for the birthday boy. In the picture, we can see 10 star-shaped candles glowing atop the mouth-watering cake along with a 'happy birthday' cake topper. Along with the lovely picture, Ramola ji penned a sweet wish in the caption for Abhishek, and it can be read as "For @bachchan .. what's a birthday without chocolate cake? #birthday #happybirthday #chocolatecake #cake #cheflife #chef.” After some minutes, Abhishek dropped an adorable reply to his chachi's heart-melting gesture, and his comment can be read as "Yay!!! Thank you Chachi. Love you." Ramola ji replied, saying, "@bachchan love you too." Take a look: 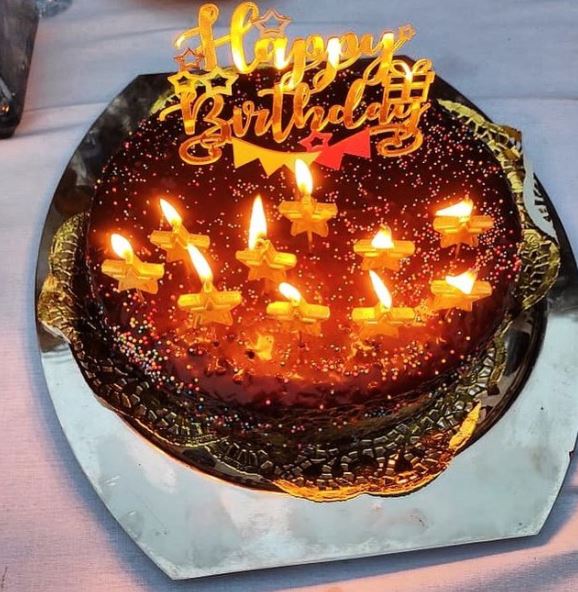 For the uninitiated, Ramola Bachchan is legendary actor, Amitabh Bachchan's brother, Ajitabh Bachchan's wife and is a renowned fashion designer, event manager, and also a chef by passion. Ramola ji shares a close-knit bond with Abhishek's family, as time and again, we have seen the two families spending quality time together. Also, Ramola and Ajitabh's son, Bhim and daughters, Nilima, Namrata, Naina share a concrete bond with Abhishek. Many people aren't aware that Ramola ji is a doting bahu of the Bachchan parivaar and never skips a chance to be with family members on occasions and get-togethers. Also, time and again, she has talked about the values of a Bachchan bahu that had transformed her into a better version of herself. (Don't Miss: Sanjay Dutt's Daughter, Trishala Dutt Reveals That Her Ex-Boyfriend Treated Her Like Trash) In 2007, in an interview with DNA, Ramola Bachchan was asked to throw some light on those must-have ingredients in a Bachchan bahu. To this, Ramola ji had clearly stated that there's no extra pressure or a burden of a lot of expectations from the family. The only ingredient a woman needs to become Bachchan clan's bahu is to respect and value all the family members, no matter how strong, independent, or successful you are in your professional life. Ramola ji had also stressed on the importance of being humble and always having the value system of sharing your happiness with others. (Also Read: Shraddha Kapoor Attends Cousin, Priyaank Sharma's Wedding With Rumoured Beau, Rohan Shrestha) 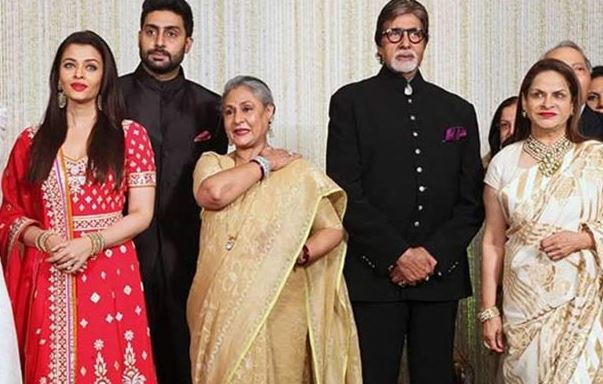