Bollywood superstar, Salman Khan turned a year older and his brother-in-law, Aayush Sharma penned a lovely wish for him. Check it out!

We all will agree that a birthday is one of the most special days! It is the only day when we can enjoy celebrity treatment from our friends and family. From planning a party to making our favourite food and buying us many gifts, our family and friends try their best to make it super special for us. And that's what Bollywood superstar, Salman Khan's entire family is trying to do on his birthday. Every year, Salman's birthday is celebrated as a festival among his millions of fans and his entire family showers their love on him. However, this year Salman's birthday is extra special as he is going to celebrate the day with his littlest niece, Ayat, who turned a year older.  (Recommend Read: Dara Singh Randhawa And His Wife, Surjit Kaur's Photo With Their Kids Show Strong Family Resemblance)

For those who don't know, it was on December 27, 2019, when Aayush Sharma and his wife, Arpita Khan Sharma had welcomed their gorgeous princess, Ayat to their world. The actor had taken to his Instagram handle and had shared a baby arrival announcement and had also revealed the name of his baby girl. He had written, "We’ve been blessed with a beautiful baby girl. Thank you so much for all the love and blessings for Ayat Sharma." 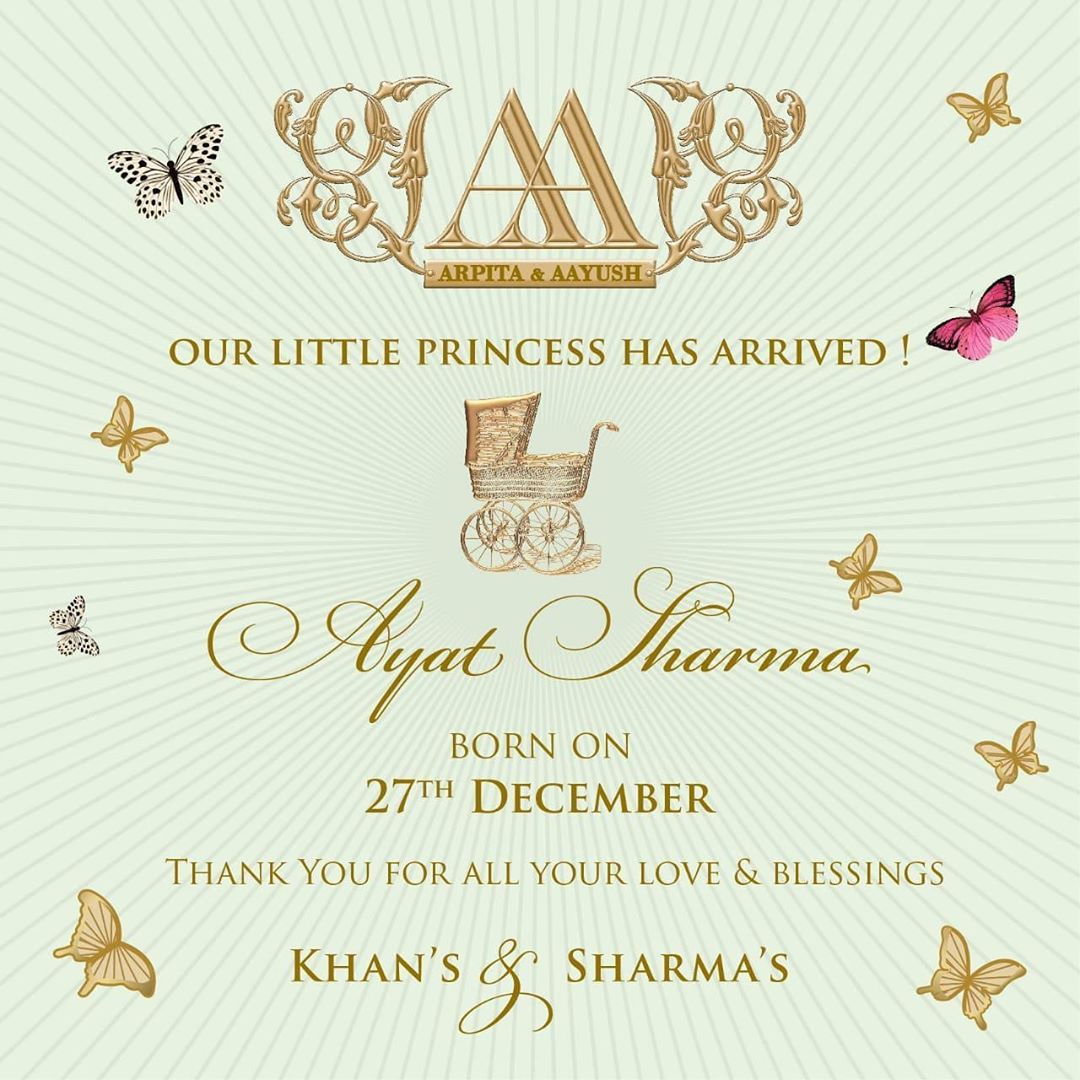 On December 27, 2020, Aayush penned a lovely birthday wish for his brother-in-law, Salman Khan. He took to his Instagram handle and shared a picture of Salman, which was clicked by him. Along with the picture, Aayush revealed one important advice, which was given to him by Salman during his struggling days. He wrote, "Happy Birthday Bhai @beingsalmankhan. Thank you for always being there. In the past few years, you have blessed me with so many memories and stories. You’re not only an inspiration as an artist but more importantly as a human being. PS - this photo is really special cos this I shot this when I was just learning. photography. I was struggling with it. I remember you telling me, “ when you think you’re a bad photographer just point the camera at me, I’ll make your photo look good." Check it out below: 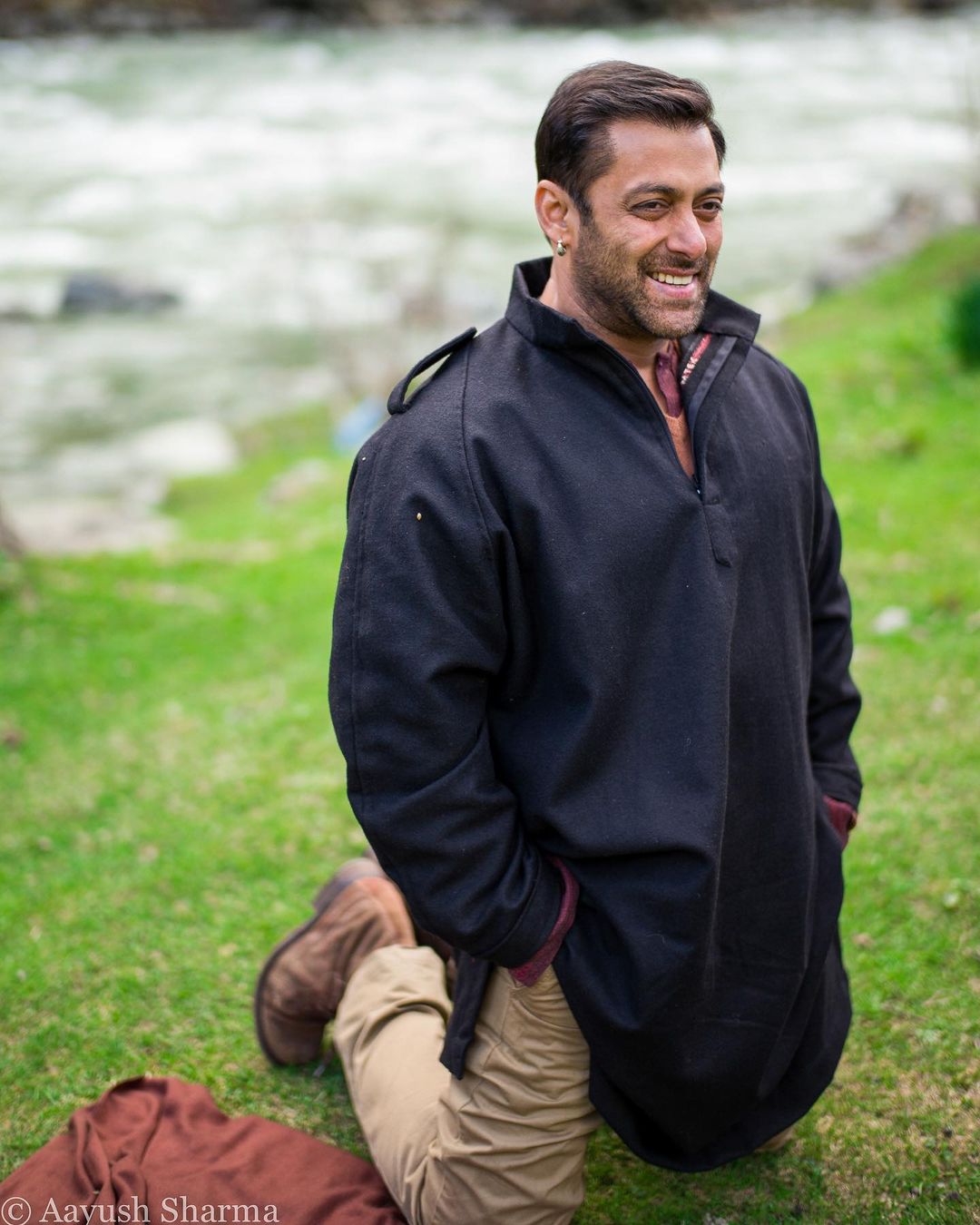 We all know Salman values his family above all and he shares a special bond with his sister, Arpita Khan Sharma and her kids, Ahil and Ayat. And now, he even shares his birthday with his littlest niece, Ayat. The second-time mamu had taken to Twitter and had posted a tweet that could be read as "Welcome to this beautiful world Ayat. Thank you Arpita and Ayush for the best birthday gift for the whole family. May everyone who reads this bless her and may she grow up n make everyone proud. Thank you for all your love and respect. You all have been very kind, thank you, thank you!” (Also Read: Dipika Kakar Designs A Dress For 'Nanad', Saba On Her Birthday, The Latter Pens An Appreciation Post) In a media interaction, Salman's brother-in-law, Aayush had shared how close Salman is with Ahil. He had revealed, "With Salman bhai, Arpita has been more like his daughter than a sister. He’s always taking care of her like a daughter. Now Arpita and his son is even special. It’s not just for Salman bhai, but the whole family. Salman bhai also gets a little break with Ahil. If Ahil wants bhai to get up, he’ll pull him and bhai doesn’t say anything to him. But we’re not allowed. He gets away with everything. Ahil doesn’t sleep before 4 am. He likes to party with us. Bhai even takes Ahil with him to shoot."

In an interaction with the Hindustan Times, Aayush had shared that Ayat was a gift to Salman. He had said, "The due date was last week of December or first week of January. When we told this to everyone, Bhai (as Salman is lovingly called) was excited and said ‘give me a gift’. So, it was a conscious decision to bring Ayat into this world on that day. It is a very good omen to have her on Bhai’s birthday... Also, it saves me from giving multiple parties! Arpita has a habit of throwing lavish parties, so I was anyway thinking how much I’ve got to earn to celebrate hers, mine, Ahil’s (three-year-old son) and Ayat’s birthdays. Now, we all can go to the farmhouse, where on one side, we can celebrate Bhai’s birthday and the other side can be booked for the kid’s party." (Don't Miss: Shahid Kapoor And Mira Rajput Kapoor Are Expecting Their Third Child? The Star Wife Clears The Air)