Accept it, for a split second our heart skips a beat the moment we hear a proposal story. Scroll down as we give you a trip to 6 romantic proposal stories of Bollywood celebrities!

We all will agree that when our favourite celebrity ties the knot, we can't get enough. We all are guilty of stalking their cute pictures and wondering when we will meet our 'mister right or miss right'. We will never get tired of reading and watching cute glimpses of their wedding ceremonies, especially when they are accompanied by a sweet proposal. After all, who doesn't love listening to an epic proposal?

From legendary Bollywood actor, Dilip Kumar's evergreen love story with beautiful Saira Banu to the modern age love of Neha Kakkar and Rohanpreet Singh, the glamorous world of Tinseltown has many couples, who have been proving the world that all you need is 'love' to live your entire life. So, hop on as we give you a trip to Bollywood's dreamy proposals! Dilip Kumar and Saira Banu have an age gap of 22 years yet it never became a problem in their 'happily married life'. The beautiful Saira Banu has always been a pillar of support in the life of Dilip Kumar and there was never a day when they had fought. While every girl was in love with Dilip ji, his heart used to and still beats for the love of his life, Saira ji. Together they have proved all you need is love to spend your entire life. However, it is their dreamy proposal story outside Cuffe Parade, Mumbai that can make anyone fall in love. In an interview with The Times Of India, Saira ji had recalled the beautiful day when the dashing Dilip ji had gone down on his knees to pop the question. She had shared,

"We went to Cuffe Parade. We got down from the car and started talking. Soon, he popped up the question: 'Will you marry me?' (laughs). Just imagine! I replied rather sarcastically, 'How many girls have you told this to?' (laughs). He started laughing and said, 'I understand. I haven't worked with you and you are angry with me. Main kya karoon, mujhe hamesha lagta tha that you are too young'. I told him that things like marriage should be spoken to elders. He said that we should go right back and talk to them." 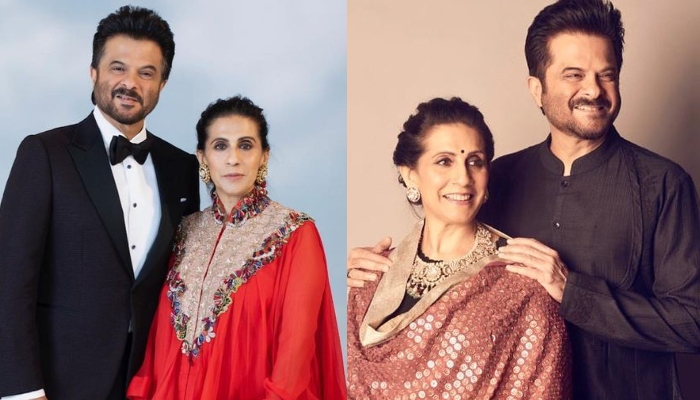 We all will agree that women are the most beautiful creation of God. They are known to mend things and they are the only ones, who beautifully takes care of two families - one where she took birth and one where she entered after marriage. And Bollywood actor, Anil Kapoor's wife, Sunita Kapoor is a perfect example of a strong woman. We all know that Anil Kapoor has never been a part of any of the Tinseltown's controversies and stayed away from being Page-3's source of gossip, all thanks to his beautiful wifey, Sunita. The actor always knew that Sunita is the one, for him and that is the reason when he had gotten a big break in Bollywood, he had straight away gone to his then-girlfriend and now-wife, Sunita to propose her. In a video on his IG handle, the actor had revealed how he proposed to the love of his life, Sunita.

"This is the beginning of a long love story on the night of May 17. I signed a kind of important film, which was a big step in my career, and on May 18, I took an even bigger step. I proposed to my girlfriend Sunita and asked her to be my wife. Oh God, I was so stressed. I kept on postponing and postponing… A time came when I had to choose career or love. I chose love and I proposed to her on May 18. People celebrate anniversaries, we celebrate the proposals, as well! We never let ourselves forget how fortunate we are to have so much to be grateful for." 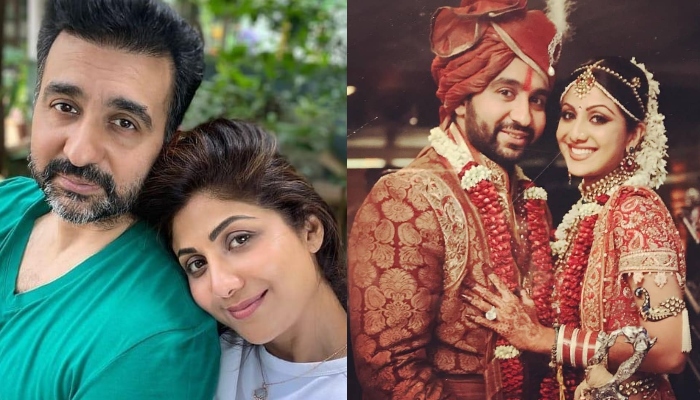 Bollywood actress, Shilpa Shetty Kundra had broken many hearts when she had gotten married to a businessman, Raj Kundra. But more than her love story, it was her proposal story that had made many girls go green with envy. Talking about their big proposal, in an interview with Romedy Now's The Love Laugh Live Show, Shilpa had shared the details about the same. She had also revealed her hilarious reaction when her then-beau, Raj Kundra had proposed her with a '5-carat' ring. The actress had said,

"He'd booked out the whole banqueting hall at The Grand. A bit OTT... he had like these violinists playing. He conned me into it; He said we are having lunch at a friend's place so dress up well. Not casually, just dress up well and my sister told me to wear red, so it was already planned. He told me from Mumbai we are going to this really cool place. I had no clue, but he had already asked my parents. So, the setting was all there and the cloche opened, and he did propose in the last course, dessert and it was this diamond ring." Bollywood's cute couple, Richa Chadha and Ali Fazal are one of the new-age couples, who never shied away from accepting to the world that they are in love. It was in the year 2020 when they were all set to get married, but the pandemic had happened, ruining their big plan. The duo had kept their relationship away from the media mongers and rumour mills, and it is their impromptu proposal story that will leave you laughing out loud. In an interview with Pinkvilla, Richa had shared that Ali had asked her to marry her out of the blue. They were vacationing in the Maldives and Ali had popped the question. The actress had said,

"He had planned a romantic dinner on a small, secluded island at the Maldives. I thought it was for my birthday—I didn't suspect a thing. We had finished eating and were sipping on champagne when Ali, being his spontaneous self, asked me to marry him. He didn't go down on his knee nor did he have a ring, but that's all right. After that, he took a ten-minute long nap on the sand—I think it was because he may have been stressed about the proposal!" 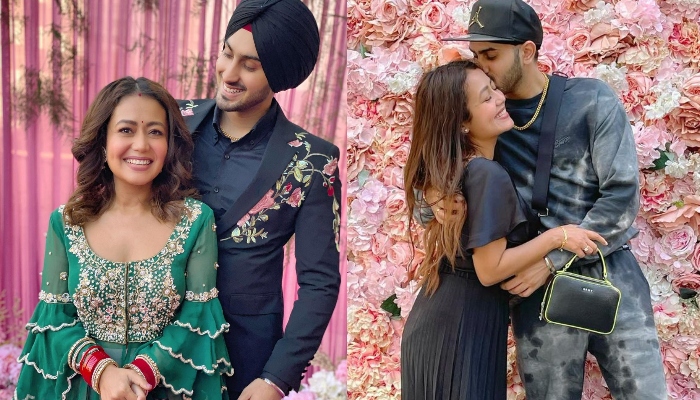 For every girl, getting married is the biggest milestone, but for Bollywood singer, Neha Kakkar it was a dream, which she had always wanted to turn into a reality. After all, she has witnessed the best love stories like her parents and her elder sister, Sonu Kakkar. The gorgeousness had left everyone in shock when she had decided to get married in the year 2020. It was the first big celebrity wedding, we had witnessed and everyone is still hooked to her wedding pictures. They are the new-age couple, and their proposal story is also quite modern. Neha had gotten a hillarious drunken marriage proposal from Rohanpreet. 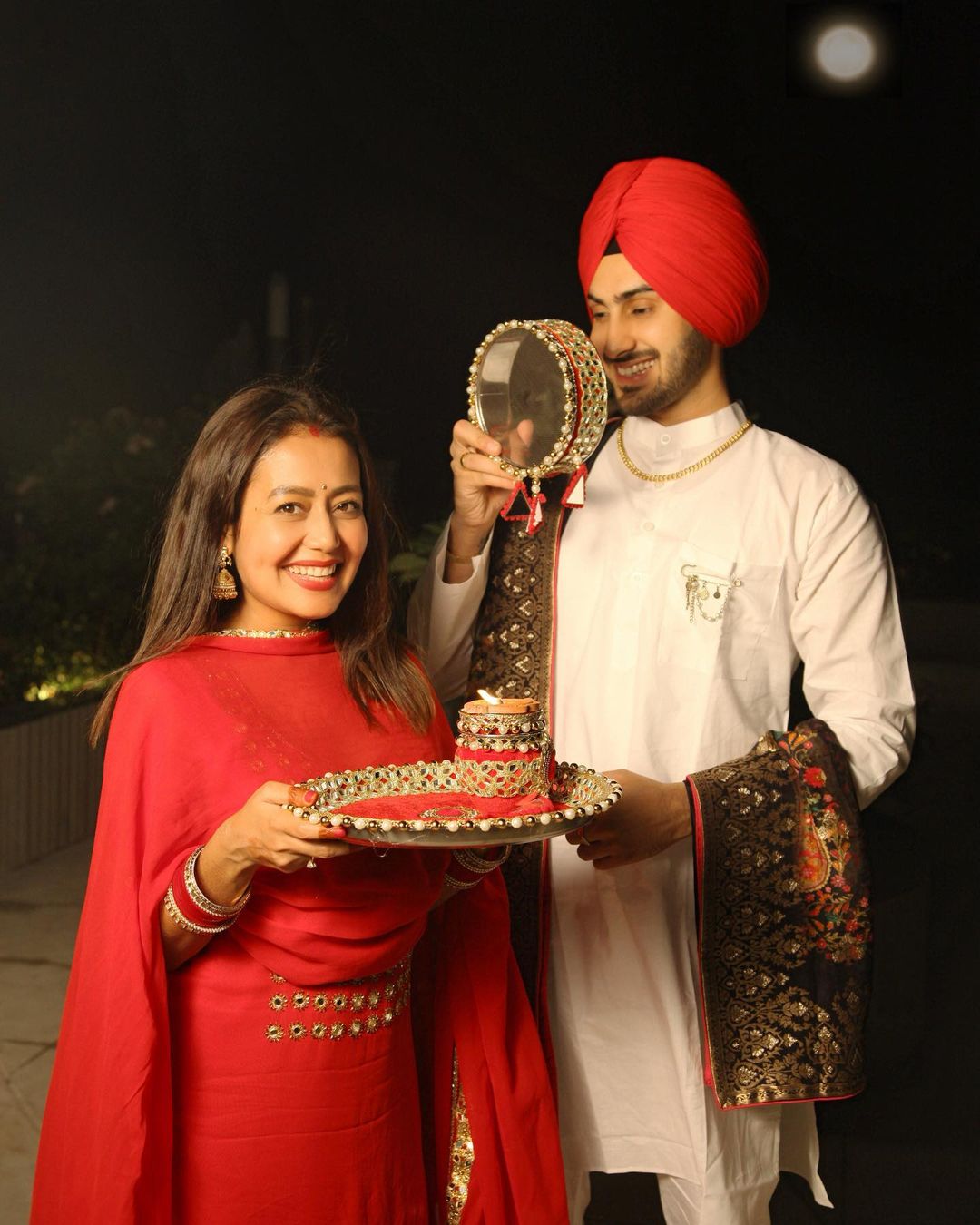 When she had appeared on The Kapil Sharma Show, Neha had revealed that she had already told Rohanpreet at the outset that she wanted to get married as she is successful and has everything but she didn't want to get into a relationship. However, Rohanpreet wasn't ready to get married as he was just 25. But then one fine day, Rohanpreet had told her, "I can't live without you, let's get married." Neha had thought that Rohanpreet was drunk, and he would have forgotten it all the next day. Neha had further revealed that when she had landed in Chandigarh for another shoot, Rohanpreet had come to her hotel and had reminded her of what he had said. To this, Neha had asked him to meet her mom. And rest is all history! Indian cricketer, Virat Kohli and Bollywood actress, Anushka Sharma's love story, is one of those we all want to have. They met, they laughed and they fell in love. We still remember Anushka's glow when she had gotten married to the love of her life, Virat in an intimate ceremony. They had proved the world that they don't want to be the power couple of the glamour world. Virat and Anushka just want to live there 'happily ever after' away from the media mongers. But no one knows that Virat had never formally proposed to his ladylove, Anushka. During an Instagram Live session with Sunil Chhetri, Virat had stated,

"Mera yeh maanna hai ki agar jab aap life khul ke jeete ho aur pyaar karte ho toh koi special day na toh Valentine’s Day kuch hota hai (I believe that when you life to the fullest and love freely, days like Valentine’s Day are unimportant). Every day can be Valentine’s Day and special. And what Anushka said is completely true, we never felt like we needed to do that, we knew that we were going to marry each other, there were no doubts about it ever. So once we knew that everything is going smooth, we were super excited to start our life together. And organically things went on."

Don't Miss: How To Plan The Perfect Proposal For Your Girlfriend Based On Her Zodiac Sign

Well, these beautiful love stories and their proposals made us believe in the power of love. Which one is your favourite proposal?