Pregnancy is one of the most special period in a woman’s life. Right from the moment when mommy-to-be conceives, she starts apprehending about whether it will be a boy or a girl, what kind of dresses will she make her baby wear, and most importantly, what colour will be the walls of her baby nursery!

Recommended Read: 17 Famous Bollywood Star Kids Who Are Superbly Stylish And Are Ruling The Internet Like A Pro

Seriously, planning a baby nursery is not as simple as it seems, especially for those parents or the to-be’s, who want everything customised and special for their little ones. Talk about being luxurious or lavish, our Bollywood celebrities definitely tops the list! Of late, many of our tinsel town celebs have welcomed their little ones into the world. With that, comes the necessity of creating a separate space for the ‘apple of their eyes’. So here’s sharing 5 celebrity babies nurseries, which will make you go both ‘awww’ and jealous at the same time. Enjoy! 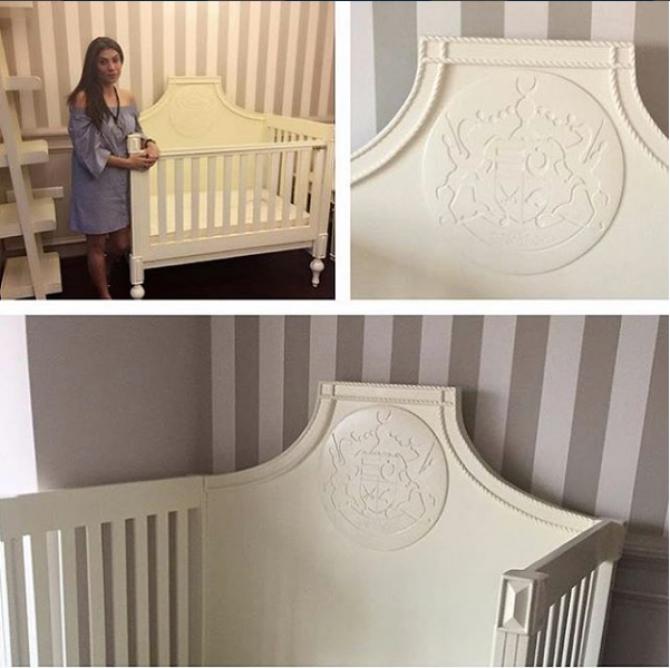 Taimur is one of the most adored and celebrated star babies. Thanks to his ‘overload of sugary’ looks and his cutesy activities. Taimur is a born Prince as he is the youngest member of the Pataudi lineage. Taimur’s nursery is as royal as him! His nursery is in the shades of off-white, with striped walls against his cot. And you know what? While in its making, the mini Nawab’s little nest was supervised by none but his abba, Saif Ali Khan! The nursery was designed by Bibs N Cribs and the pictures were shared by The Diaper Drama. The caption that went along with the post was: Taimur’s baby cousin, Inaaya too, is an overload of cuteness to another level! The grey-eyed munchkin is truly a treat to the eyes! Speaking of Inaya’s nursery, hers is a synonym of ‘subtleness’! Mommy Soha, herself shared pictures of her baby daughter’s nest. One of the walls of the nursery has a pink backdrop, while the other has a self-lit cloud. The room also boasts of having a baby crib, diaper changing station, a sofa and ample cupboards for her belongings. Sharing a few pictures, Soha captioned it as:

“So happy to have this most adorable organic cot bedding - the sleepy star set - from @Masilo.in”. 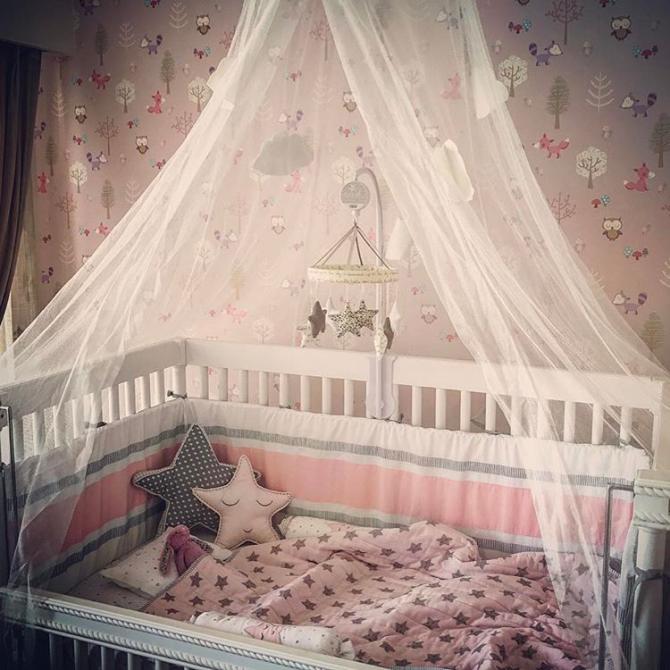 Further thanking her adorable baby munchkin’s designer, she captioned the aforementioned picture as:

“Thankyou @tapur for doing up the most important room in the house with elegance, good taste and most of all with love #nursery #interiordesign”.

Tulsi Kumar’s 8-month-old son baby boy is adorable beyond words! Whenever celebs make an announcement of their pregnancy or childbirth, what we look forward to the most, is a glimpse of their baby. And then, a cherry on the cake is if we get to catch a glimpse of the muchkin’s den. So here’s for you! Since it’s a boy for Tulsi, the walls of the nursery are in hues of blue with planes and parachutes drawn on it. The baby cot looks so cosy and the best part? The other walls of the room is lit with sceneries of a skyscraper town. Too ethereal, we say! 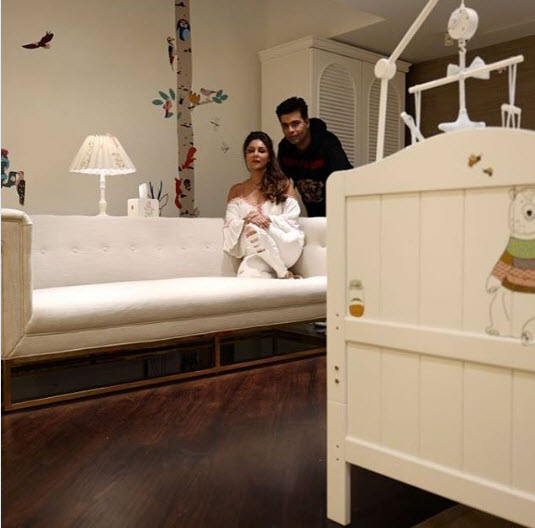 Karan Johar welcomed his twin kiddies, Yash and Roohi via surrogacy on February 7, 2017. Karan has time and again shared in interviews about what his children mean to him and has already started defending his kids against odds! Like many other celebrities, Karan took the help of an interior designer to create 'the most beautiful space’ in his home. And do you know who his designer was? King Khan, Shah Rukh Khan’s wife, Gauri Khan! Yash and Roohi’s nursery is on the shades of white with white cots, white sofa and even a white lit closet in it! 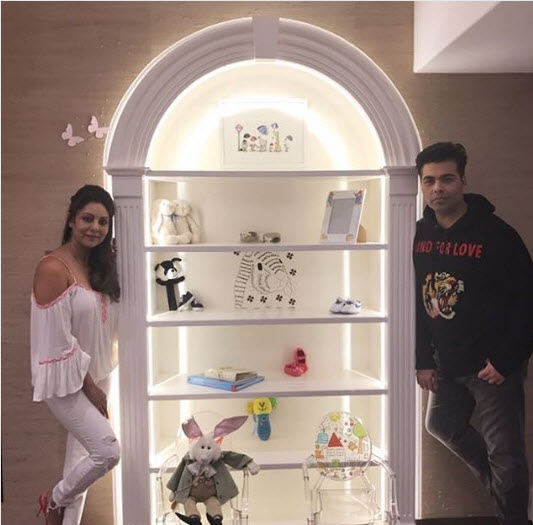 Sharing the picture himself, Karan tagged Gauri Khan and wrote:

“@gaurikhan designs my baby nursery with so much love and care!! Love you gauri! It's the most beautiful space....”

Don't Miss! Karan Johar Gives A Nod To Daughter Roohi Already If She Wants To Date Taimur Ali Khan In The Future 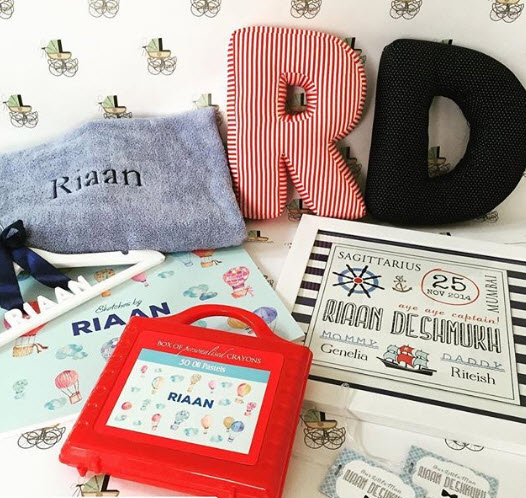 Although we couldn’t catch a glimpse of Genelia and Riteish Deshmukh’s nursery, but we can clearly show you what’s in the room! The walls of Riaan’s room have pictures of green and yellow strollers, with pillows, blankets, photo frames, hangers, labels that are all personalised and have Riaan’s name on it! Can anything be more cooler than this?

Do the visuals of these baby nurseries make you want to buy new room décor items for yourself? If your answer is yes, we completely copy you here! Also peeps, which celeb baby nursery did you like the most and why? Let us know in the comments section below.

Next Read: Riteish Deshmukh And Genelia Deshmukh's Adorable Wish For Their Son, Rahyl On His 2nd Birthday