Dad is a synonym for happiness! He has been your rock, your shoulder to cry on and your protector. He knows you love your mom more than him, but his love for you remains unhampered. The moment you step on your tricycle, your father is ready to give you your first bicycling lessons; for him, you still remain that little bundle of joy whom the nurse handed him just after you were born.

Recommended Read: 18 TV Actors Who Are Redefining Fatherhood And Are Coolest Dads On The Block

Arjun Rampal Dazzles On The Cover Of GQ With His Daughters, Mahikaa, Myra And His Son, Arik

Having loved you with all his heart, all he asks for is just a tight hug at the end of a tiring day, which is why this Father’s Day we bring to you a list of 13 Bollywood on-screen dads that will remind you of your father.

The character is shown as a very traditional and God-fearing person. He is as firm as he is gentle, especially during the ending scene where he lets his daughter go with the man she loves. Which girl would not want a father like that? Although he is shown to be strict throughout the movie, his anger melts away in front of his daughter’s love. 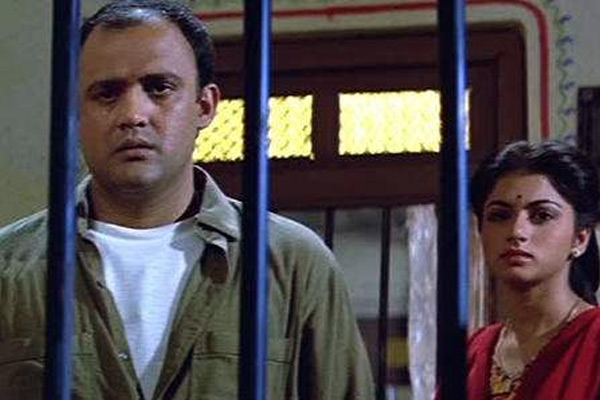 This character has been portrayed as a feisty person who backs his word with his actions. The character, however, is not shown in a position of monetary power, yet the strength of his spirit shines throughout. Karan is a hardworking guy who dotes on his daughter and backs her in the fight for her love. The character is shown as being humble, but forthright. This movie saw him opposing a rich guy whom his daughter loved dearly, only to compel him to stand on his own feet and fight for his love. Professor Siddharth Chaudhary is shown as quite the family man, who has managed to provide a great lifestyle for his wife and two beautiful daughters. The care and affection with which he has raised his daughters is quite evident in the film. He has a tough decision to make towards the end of the film, where he has to choose between his love for his daughter and society’s rules. He chooses in favour of his daughter and comes out in spades.

Also Read: 9 TV Actors Who Are Redefining Fatherhood With Their Cute Gestures For Their Kids Ramlal is a sports fanatic father-of-two who lives by certain principles and tries to instil them in his children as well. The father is shown as being passionate about cycling and encouraging his eldest child to fulfil the dream that he had dreamt for himself. Although he is critical of his younger son's wayward attitude throughout, but in the end, his younger son manages to win his approval and the family’s bond is strengthened. The character was a disciplinarian who stressed on the importance of time management.

Recommended Read: 10 Reasons, Among The Infinite Others, Why Daughter-Father Relationship Is Beyond Anything 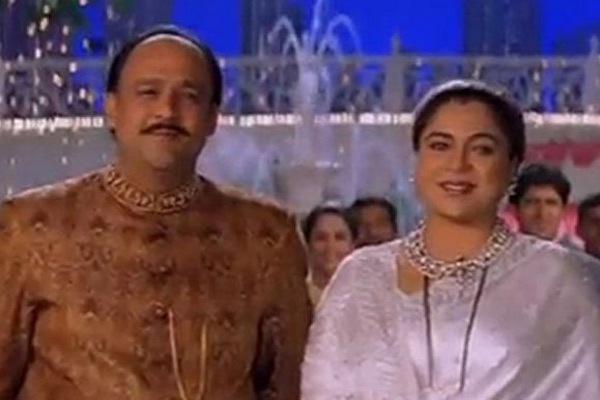 Ramkishan is the father of three sons and one daughter, and also the chairman of a large business empire. He has provided everything to his children and has attended to their every need and want. Even though he has showered them with luxury, he and his wife have inculcated values and strong ethics in their children. The character even manages to get them married to the women of their choice, and in the end ensures that happiness stays in the family, as he loves to say, "The family that eats together, prays together, stays together!" 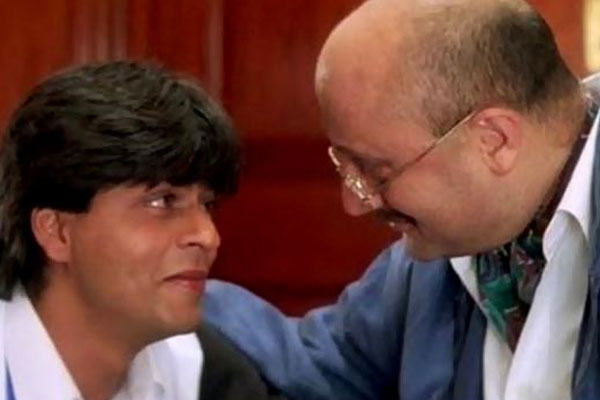 This portrayal of a liberal and modern father is often touted as the best example in today’s times. The role was memorable because of the easy humour that was evident in the performance. The character is shown as a jovial person, who has built a great life for himself and his son abroad. He is rich and wants the best for his son. He is also a man of ethics and values, and supports his son, but not without asserting his strength of belief.

You May Like: This Bride Missed Her Dad On Her Wedding, But It Was Her Groom Who Made Us Cry! 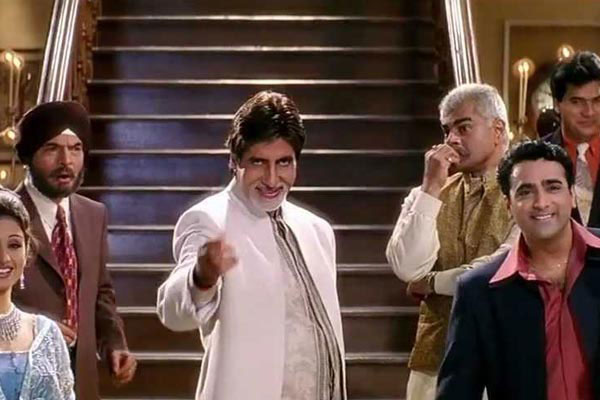 This character is shown as someone who is hardworking and raises his four sons on a not-so-great salary, in the hope that they will take care of their parents in the future. He even has an adopted son whom he raised as his own. His biological sons and their wives show no affection towards him, but his adopted son dotes on both him and his wife and takes care of them. In the end, even though he disowns his real sons (for the way he treated him and his wife), his heart melts for his grandchildren. But, he goes on to live with his adopted one who is both caring and loving, The character is portrayed as that of a hardworking, but a middle-class man who struggles to keep his wife and daughter together with him, because of financial constraints. He disguises himself as a woman and works as a maid to be close to his daughter, throughout the movie. In the end, he wins over the love and affection of his once-estranged wife and father-in-law, and gets his family back together.

Must Read: 10 Truly Adorable Ways For An Indian Bride To Honour Her Dad On Her Wedding 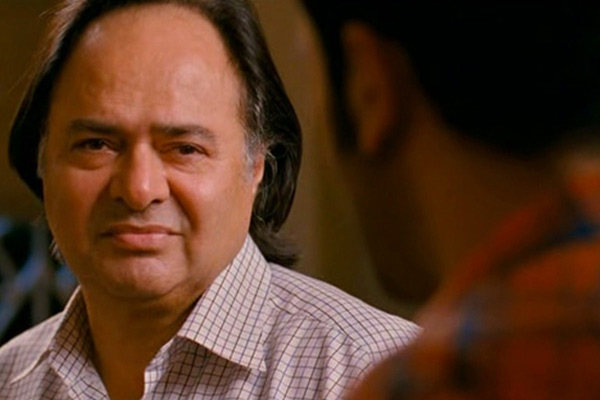 The character portrayed is of a loving father who holds back his emotions from his son, and wants him to live his life to the fullest. From time to time, he tries to infuse moral values in his son. He lives with his second wife, whom his son refuses to accept as his mother. But, both dote on their son. He wants his son 'to live and that too for each and every moment', a thing which remains as a sweet lesson with his son, even after his (Mr. Thapar’s) death. Unlike his college days where he was known to be a carefree dude, flirting with girls, and a devoted best friend to his college mate Anjali, Rahul changed overnight for his daughter. After his wife’s death, he raised his daughter single-handedly. He adores her, and turns into an over-caring, possessive and freaking-at-the-drop-of-a-hat father. He never lets her daughter miss her mother, and always tries his best to give her all the happiness in the world.

Recommended Read: 4 Times Shah Rukh Khan Proved Why He Is The Best Father

Mahavir Singh Phogat is a yesteryear wrestler who failed to bring a gold medal for his country. He is one of the most inspiring on-screen dads to have been show on the celluloid. To turn his own dream into reality, he teaches his daughters the nuances of wrestling, trains them and inspires them.  Every girl would dream to have a father like him who doesn’t only think that a girl should get married be sent off to her in-laws. Instead he thinks the opposite and Mahavir’s famous dialogue, “Hamari choriyan choro se kam hai ke? (Our girls are no less than our boys?)” is what every father should tell his own daughter. 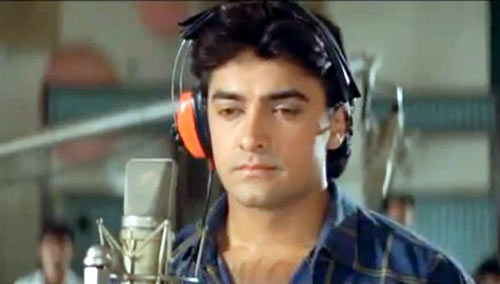 A father is not just a husband to his wife but also the angel of his children, and it’s his duty to never let the reputation of his child and wife go down. Rohit Kumar is an inspiring on-screen dad who plays a struggling playback singer, who eventually falls in love with Kiran. However, Kiran’s ambitions take a back seat because of the household responsibilities and they separate. Even during the legal proceedings, Rohit makes sure that his son and wife’s reputation is saved at any cost. He eventually manages to bring his family together.

It is often said that a man’s truest self is during the times of trouble. Kamal Mehra, at first, appears to be a patriarchal dad who objects to his daughter’s desire of divorcing her husband, and forces his son to be a businessman like himself. But as the plot unfolds, we realise that he is very protective of her daughter to the point of almost beating up her husband who misbehaves with her. In fact, later he also apologises to his wife for not caring about her desires over the years. Every little princess and wife would love to have a man like Kamal Mehra, right?

Recommended Read: 13 Indian Cricketers And Their Adorable Kids Who Are Media Sensation Just Like Their Parents

So, these were the 13 most loved Bollywood on-screen dads who would often remind you of your father. So, which one of them reminds you of your dad the most? Do let us know in the comments section below.